586 BC — Destruction of Solomon’s Temple by the Babylonians

563 BC — Siddhartha Gautama (Buddha) is born

550 BC — Cyrus the Great founds the Persian Empire

549 BC — Construction begins on the Temple of Olympian Zeus*, in Athens, Greece. The Romans referred to the temple as the largest in Greece. This and many other major tourist attractions have been incorporated into Gary’s Walking Tour of Athens, available for sale on the website for just $1.49.  *= UNESCO World Heritage Site

539 BC — Fall of Babylon & liberation of the Jews by Cyrus

508 BC — Democracy begins in Athens. Solon laid the groundwork for democracy by establishing a comprehensive code of law. Cleisthenes and Pericles instituted the ideas of freedom and equality as Athenian government became “democratic.”

458 BC — The Oresteia, by Aeschylus is performed

432 BC — The Parthenon* is completed. The building was erected on the Acropolis by Phidias and dedicated to Athena, patron goddess of Athens. 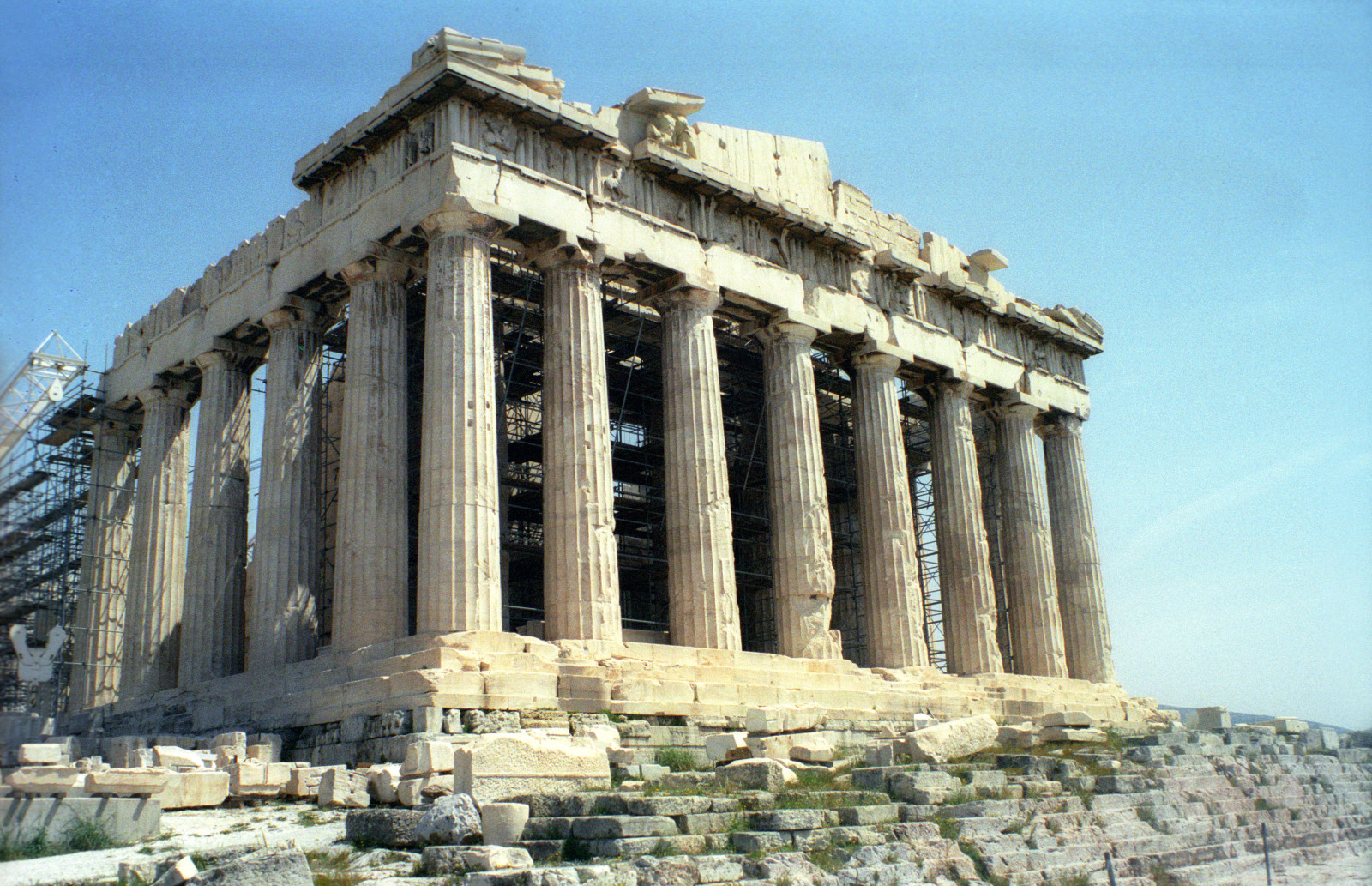 It housed a huge statue of Athena which was considered one of the “Seven Wonders of the World.” It is often considered the most perfect building ever constructed and is the finest example of Classical Greek architecture. It survived a fire in the middle of the 3rd Century and then was partially blown up while being used as a gunpowder magazine in 1656. This and many other major tourist attractions have been incorporated into Gary’s Walking Tour of Jerusalem, available for sale on the website for just $1.49.  *= UNESCO World Heritage Site

431 BC — Beginning of the Peloponnesian Wars, struggles for supremacy among the Greek City-States.

429 BC — Sophocles’ play, Oedipus the King, is performed

404 BC — End of the Peloponnesian Wars. Athens emerged victorious.