Today we’ll get back to The Strip and walk down the eastern side of Las Vegas Boulevard to find more of the major Las Vegas attractions, beginning with one of the newest and most exciting Vegas hotels, the Wynn and its companion, the Encore. 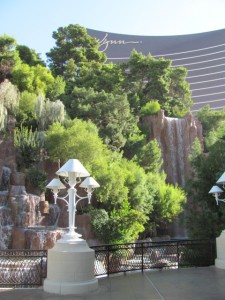 Next up, as we move south, is the Palazzo, a companion hotel to the Venetian. The Palazzo (Italian for “palace”) is another fabulous venue. 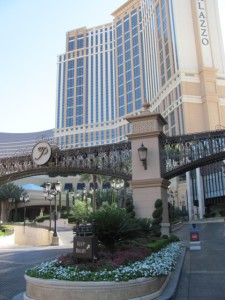 The Venetian, since its opening around the year 2000, has been one of the most popular hotels on The Strip with its gondola rides through its waterway and its many high-end shops. 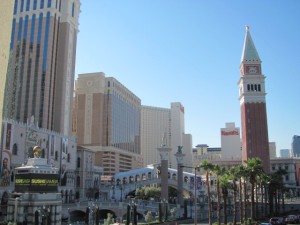 Moving southward we encounter several properties which seem to be second-rate compared to the more elaborate hotels. These include The Flamingo, Harrah’s, and Bally’s. Further south is another of the mega-properties, the Paris, Las Vegas, with its over-the-top exterior of copies of Paris’ greatest buildings, including a one-half size Eiffel Tower. 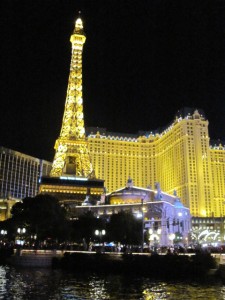 In the southeastern part of The Strip we find MGM Grand, one of the largest properties in Vegas, which is currently undergoing an upgrade. 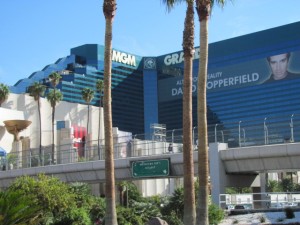 Also here is the recently refurbished and upgraded Tropicana. 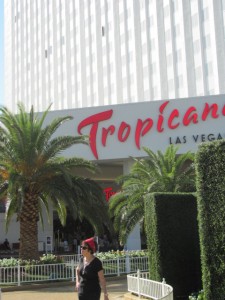 This entry was posted in Trips and tagged Las Vegas, US Travel. Bookmark the permalink.