Animals Around the World — Alaska

Alaska is a true wilderness, with hundreds of species of animals in various habitats around the state. We have seen many of these creatures in the wild as we toured inland after our cruise. Some of these animals were viewed at Denali National Park, the region that includes Mount McKinley, tallest peak in North America. 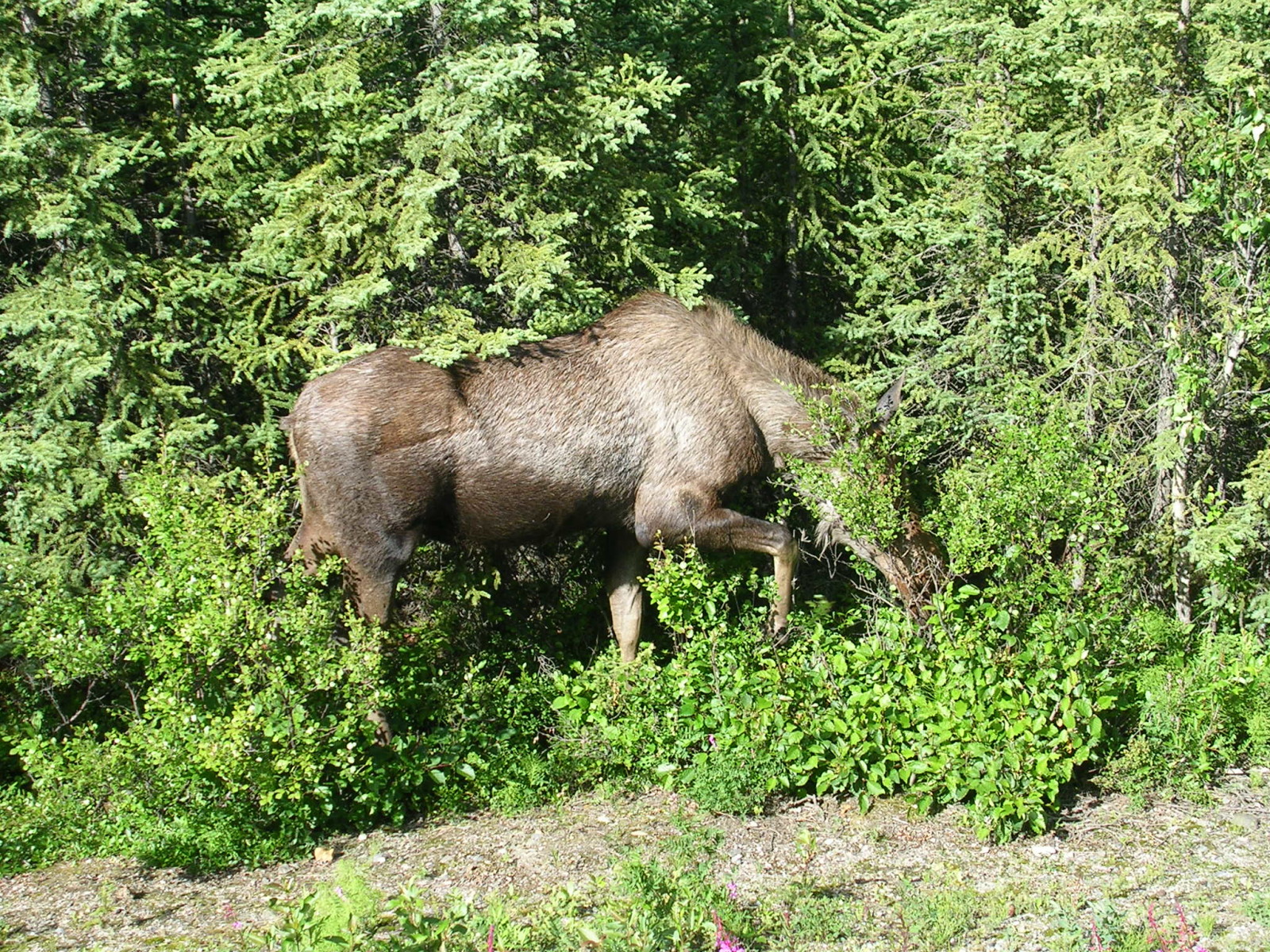 Many of the animals here do not fear man since there is no hunting within the national park. 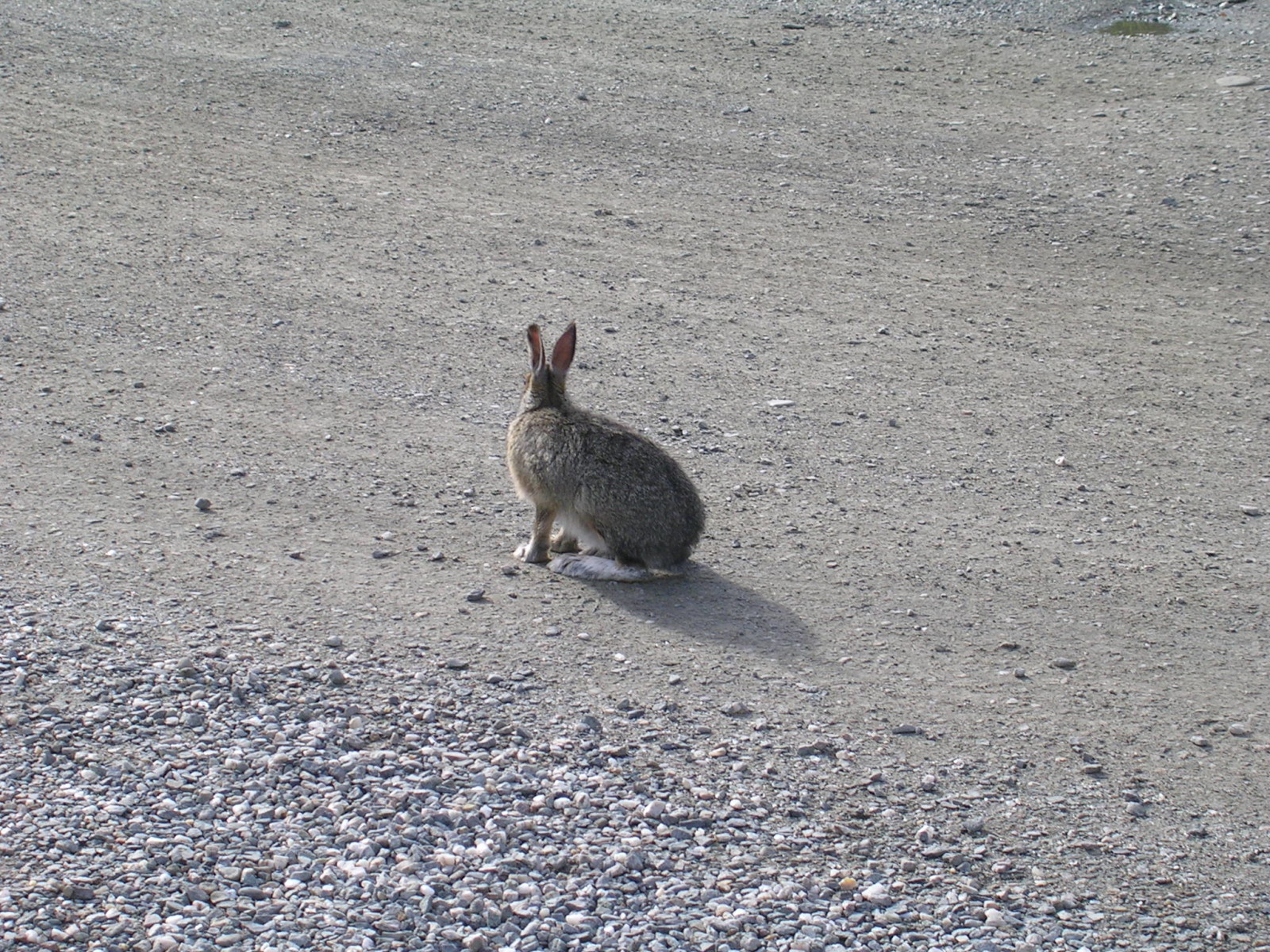 When we reached Fairbanks we visited an Athabascan village where several other animals were displayed. 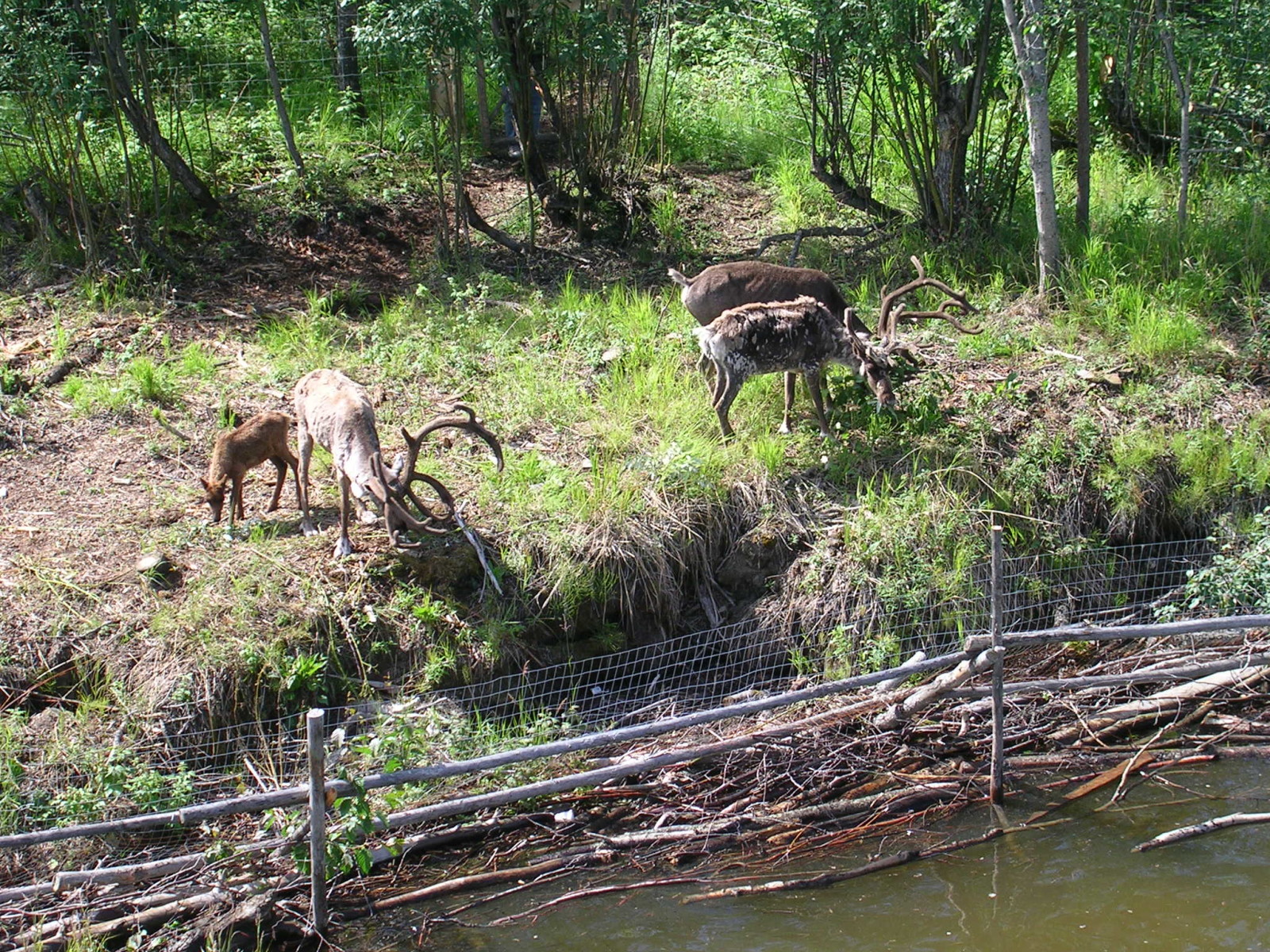 Other creatures were on display along with a cultural exhibition. 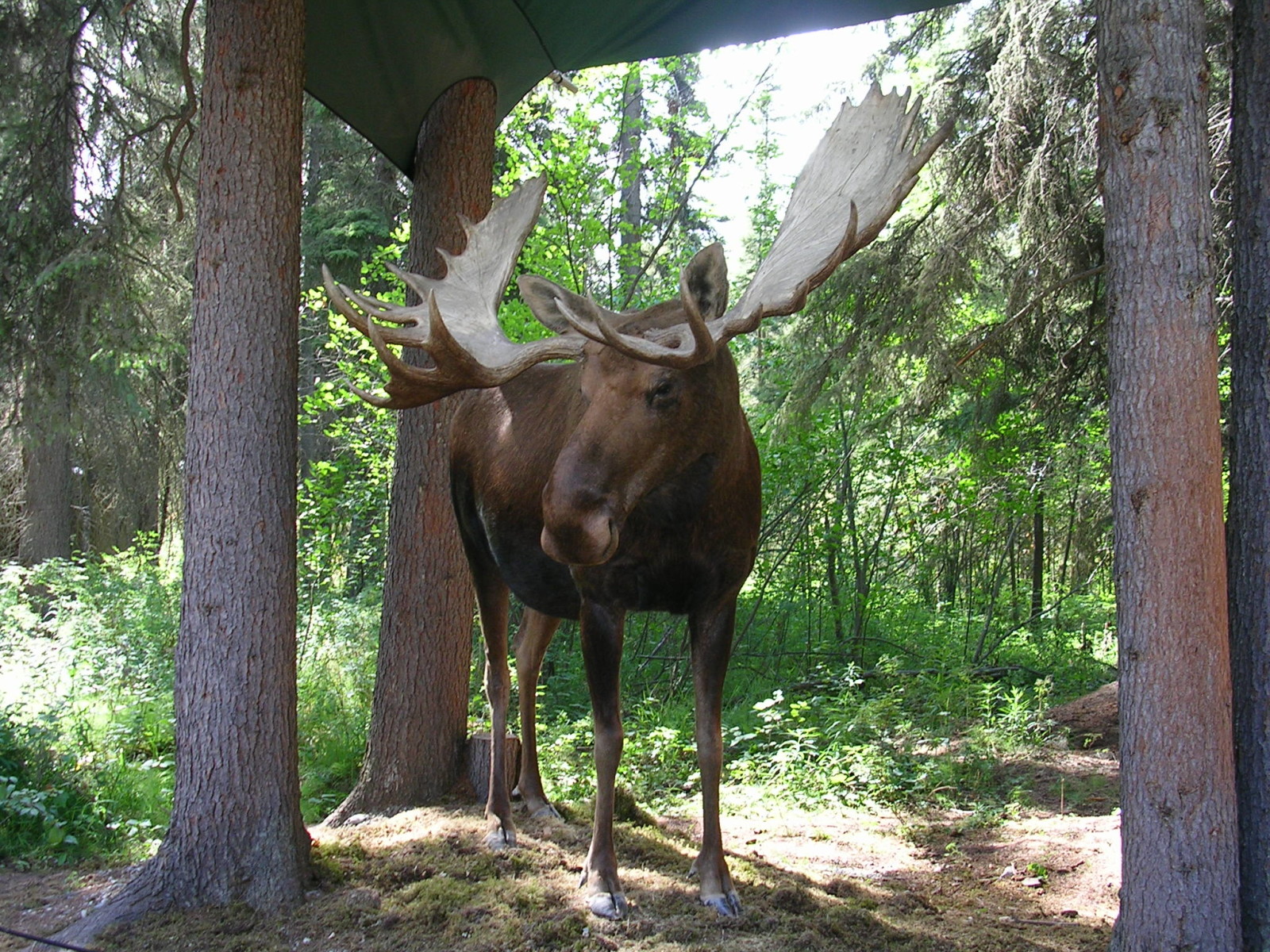 Because this culture relies on hunting, furs of various endemic creatures are sold for revenue and used for clothing. Many of these pelts were on display at the village. 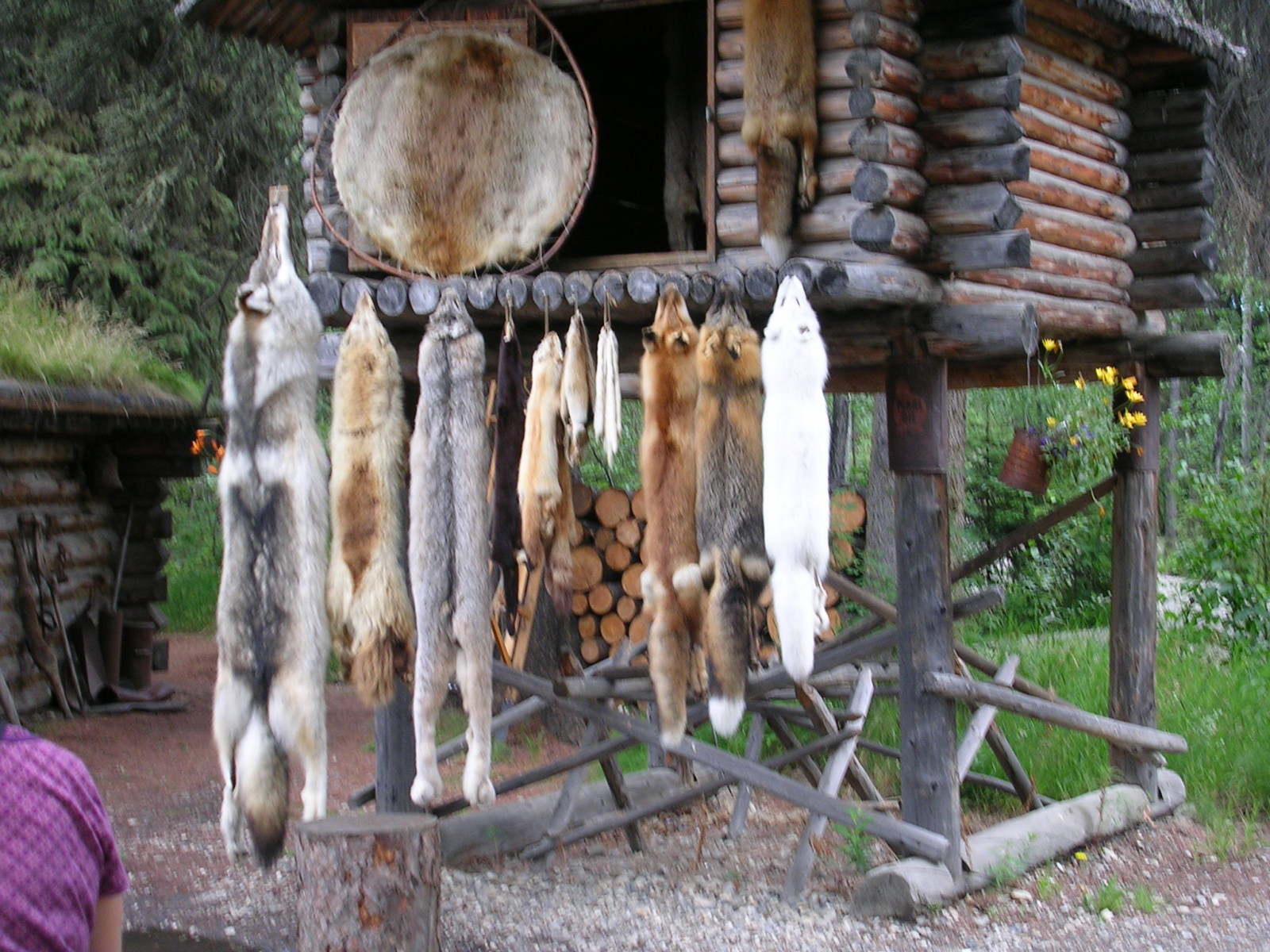 We also saw some artistic renditions of Alaskan animals in the lovely town of Ketchikan. 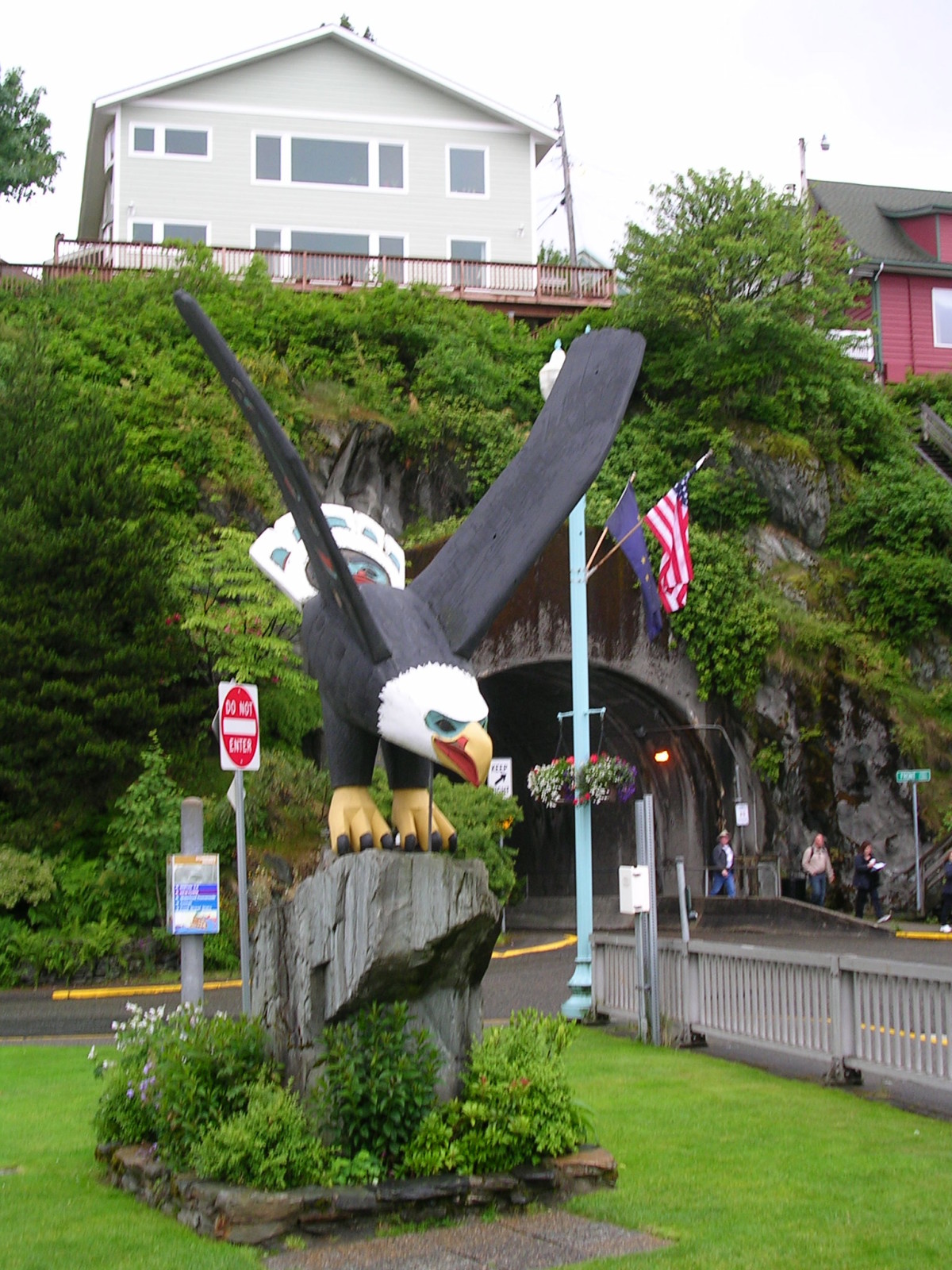 Bald Eagle at Entrance to Ketchikan

We used this bear for a photo-op! 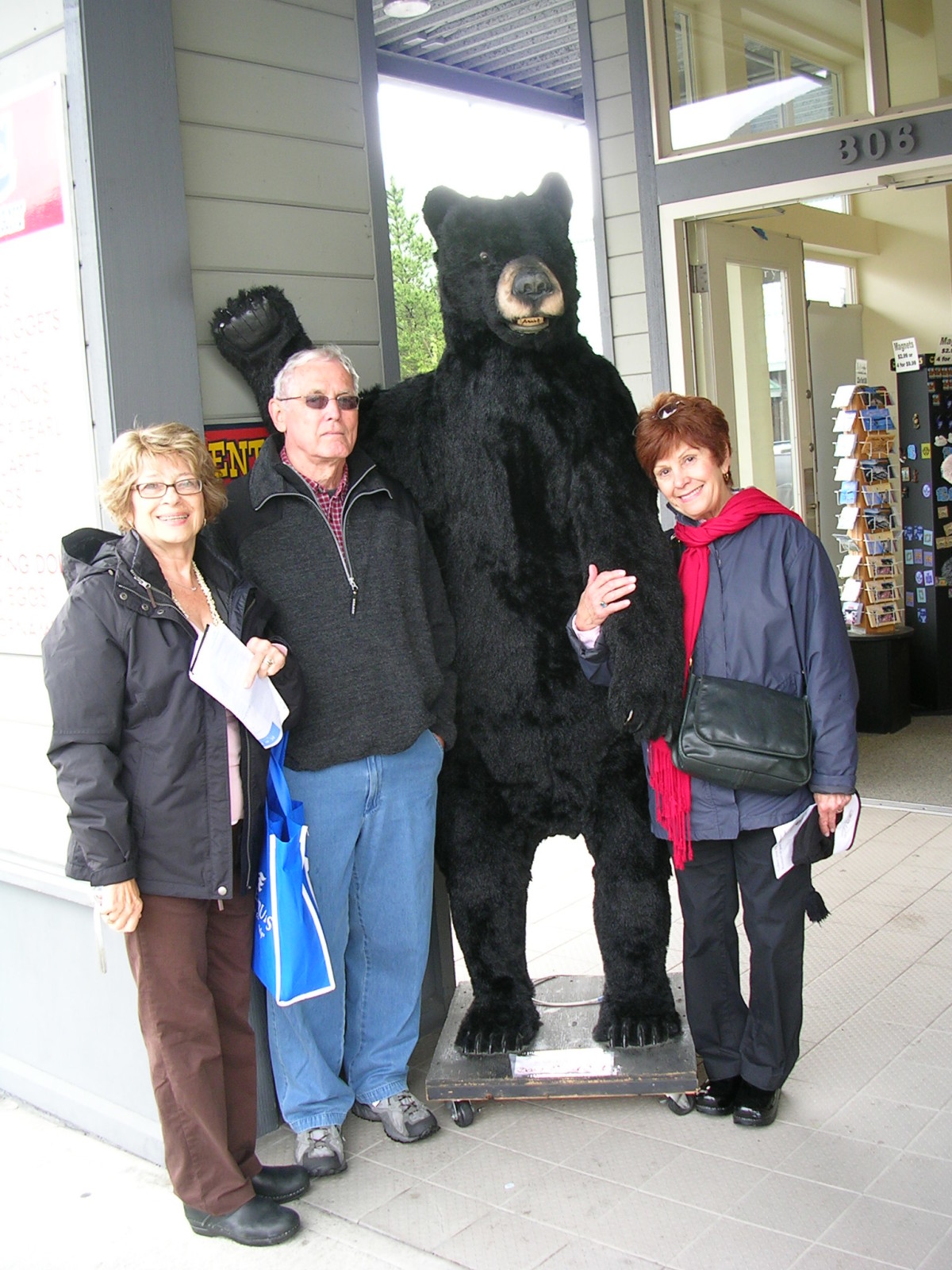 With a Black Bear

The capital of Alaska, Juneau, also displays several animals of this beautiful wilderness. 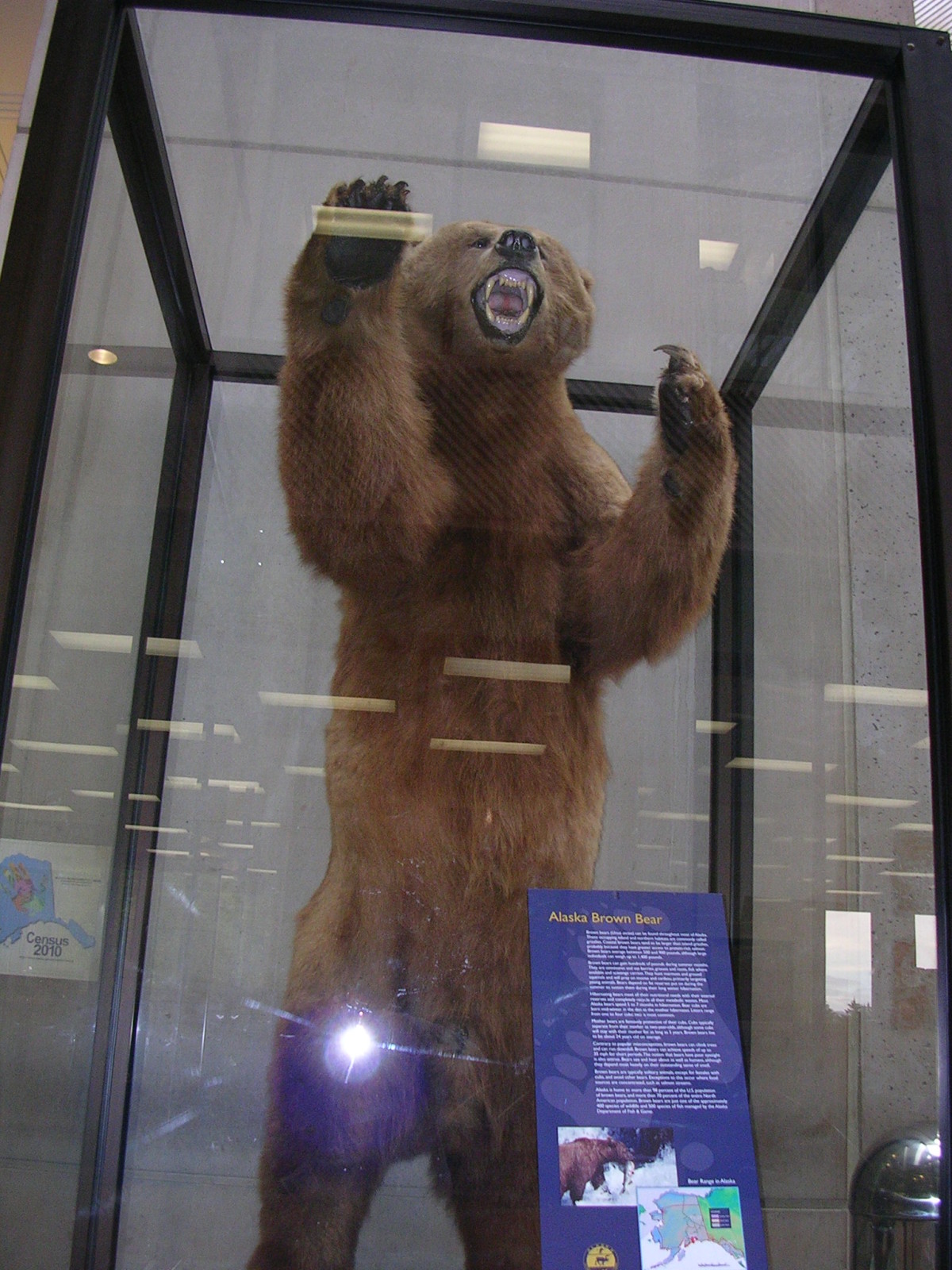 Another specimen of a similar species welcomes visitors to the capital building, just up the street. The title of this sculpture is “Windfall Fisherman.” 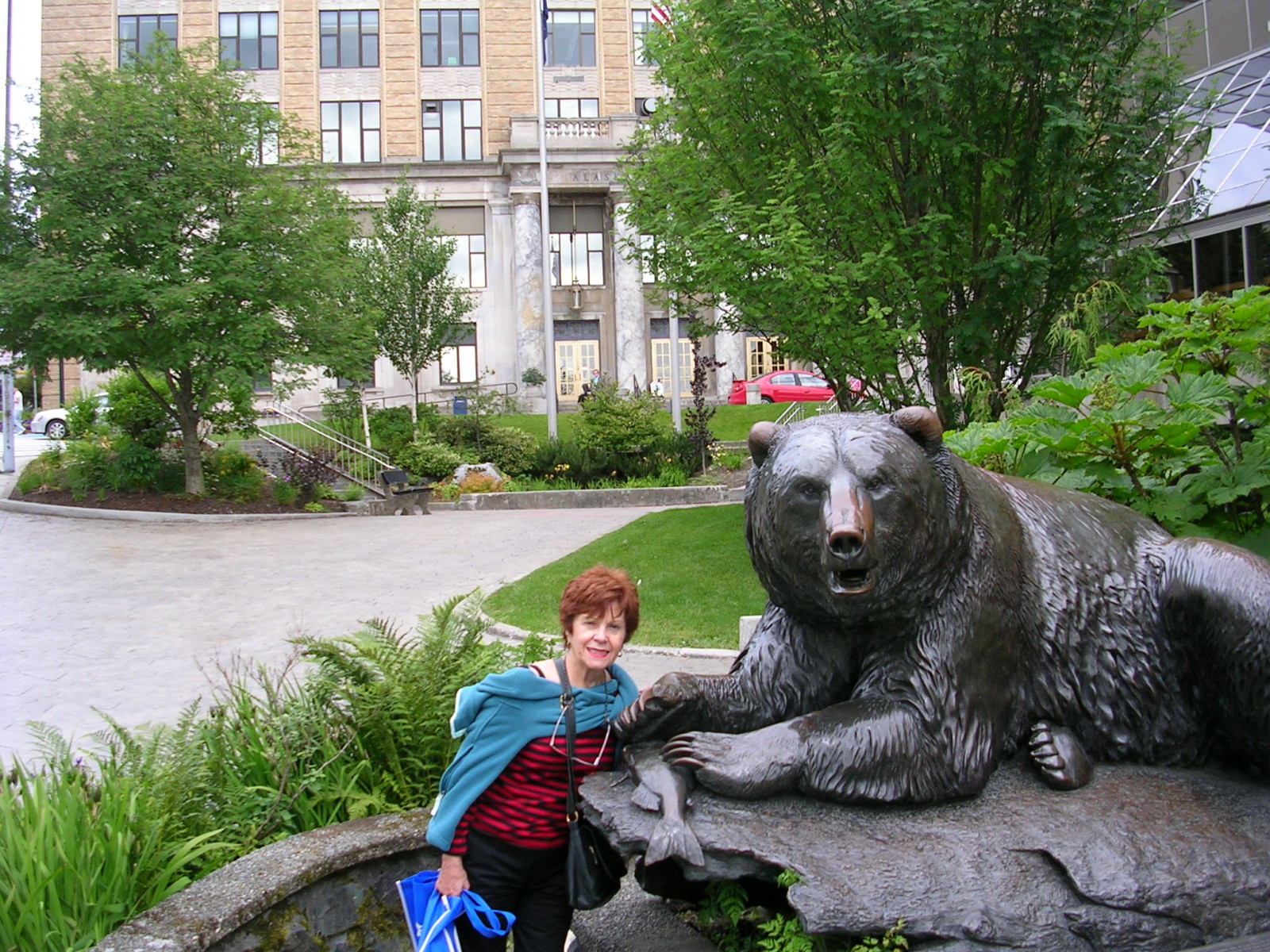