Animals Around the World — Florida

Florida is famous for its aquatic wildlife, especially the area that we know as the Everglades. Of course, the most prominent animals of the Everglades are the alligators, the mascot of the University of Florida. They are found throughout the state but are particularly abundant in Everglades National Park. 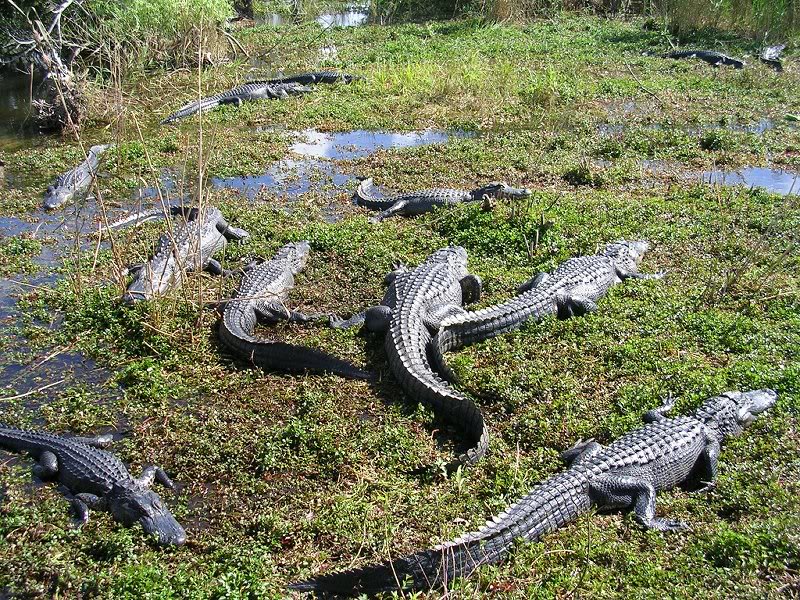 Many other types of reptiles are indigenous to Florida. We have run across many in our travels and in our walks along the many wildlife trails that are present here. 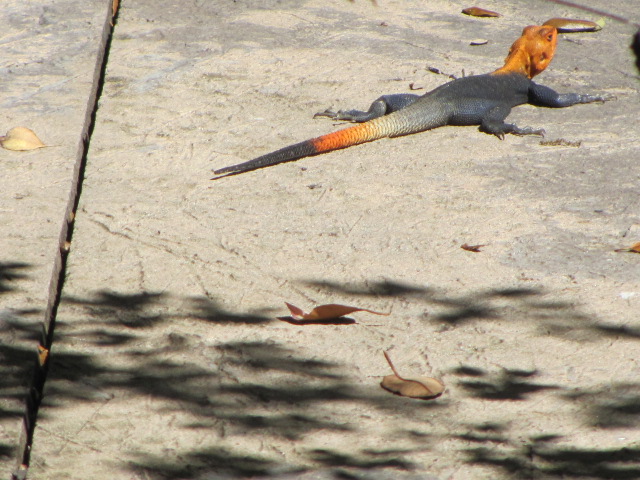 Larger lizards in the iguana family are also quite common in the wetland areas. 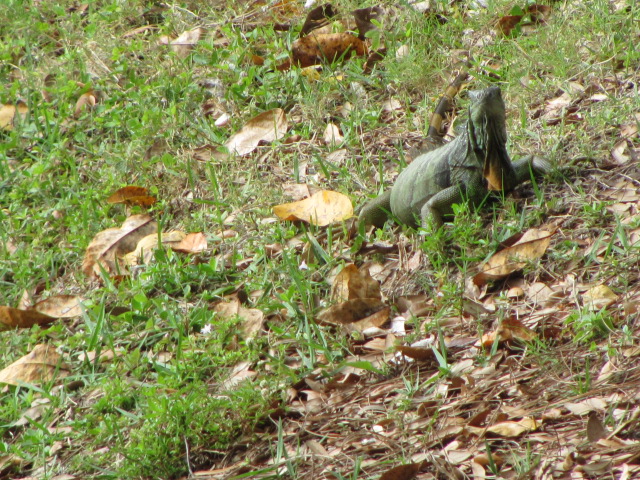 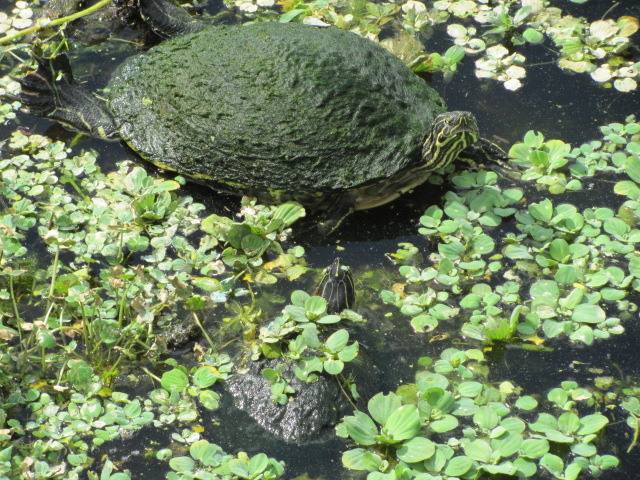 Salt water turtles are ever present along the coastline. Many actually nest on the beaches during the winters here. There are even several turtle rehab centers which nurse injured animals back to health and release. 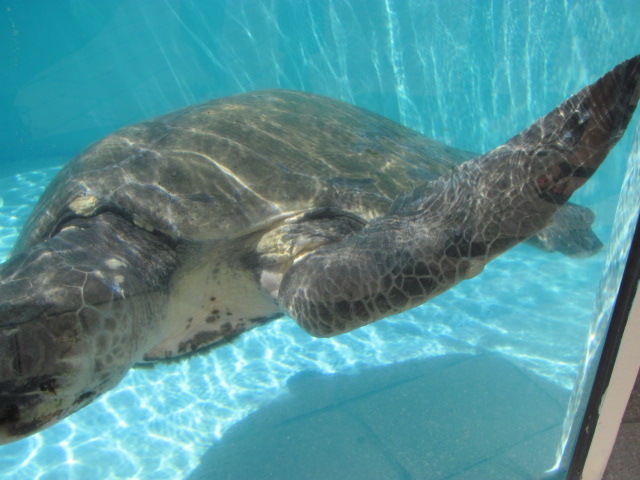 Birds are perhaps the most impressive and most beautiful of the animals that call Florida home. Wading birds are probably the most elegant. 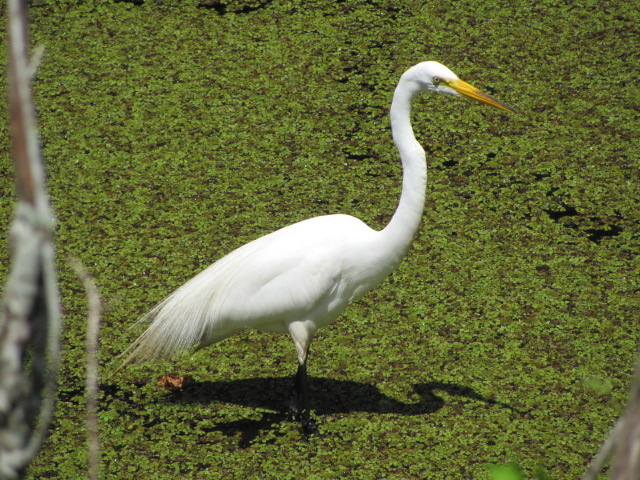 There are so many similar species that it is difficult to tell them apart. 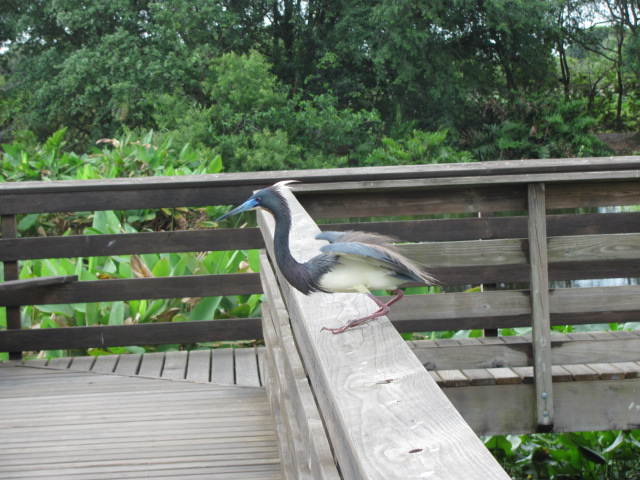 Their habits are similar but often different. The birds below walk on top of the water plants looking for food. 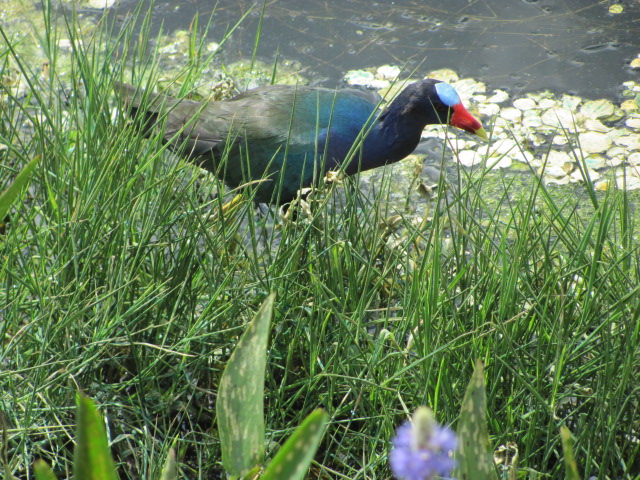 Pelicans can be seen throughout the state, gliding along the water looking for schools of fish or perched in the harbors, resting. 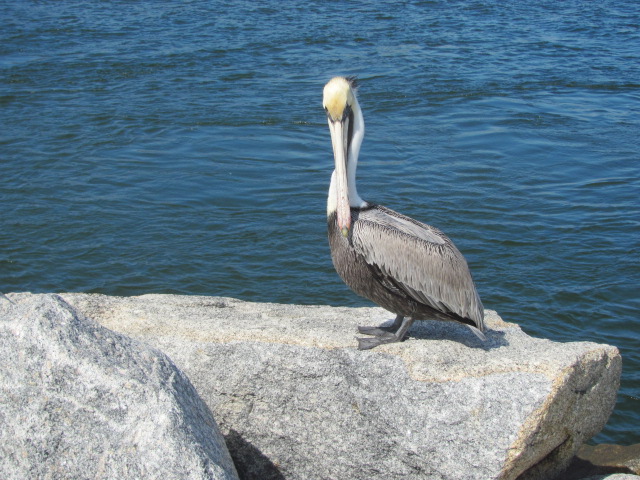 Anhingas are diving birds that love to sun themselves, utilizing the ultraviolet rays of the sun to kill bacteria in the process. 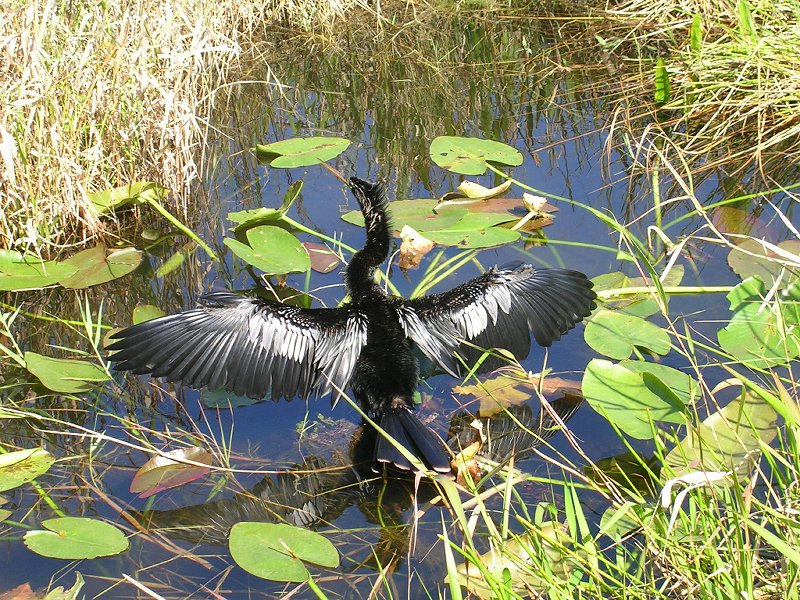 Undersea life is ubiquitous here but hard for us to capture in photographs since we do not scuba dive. However, this moray eel was featured in an aquarium at Boca Raton. 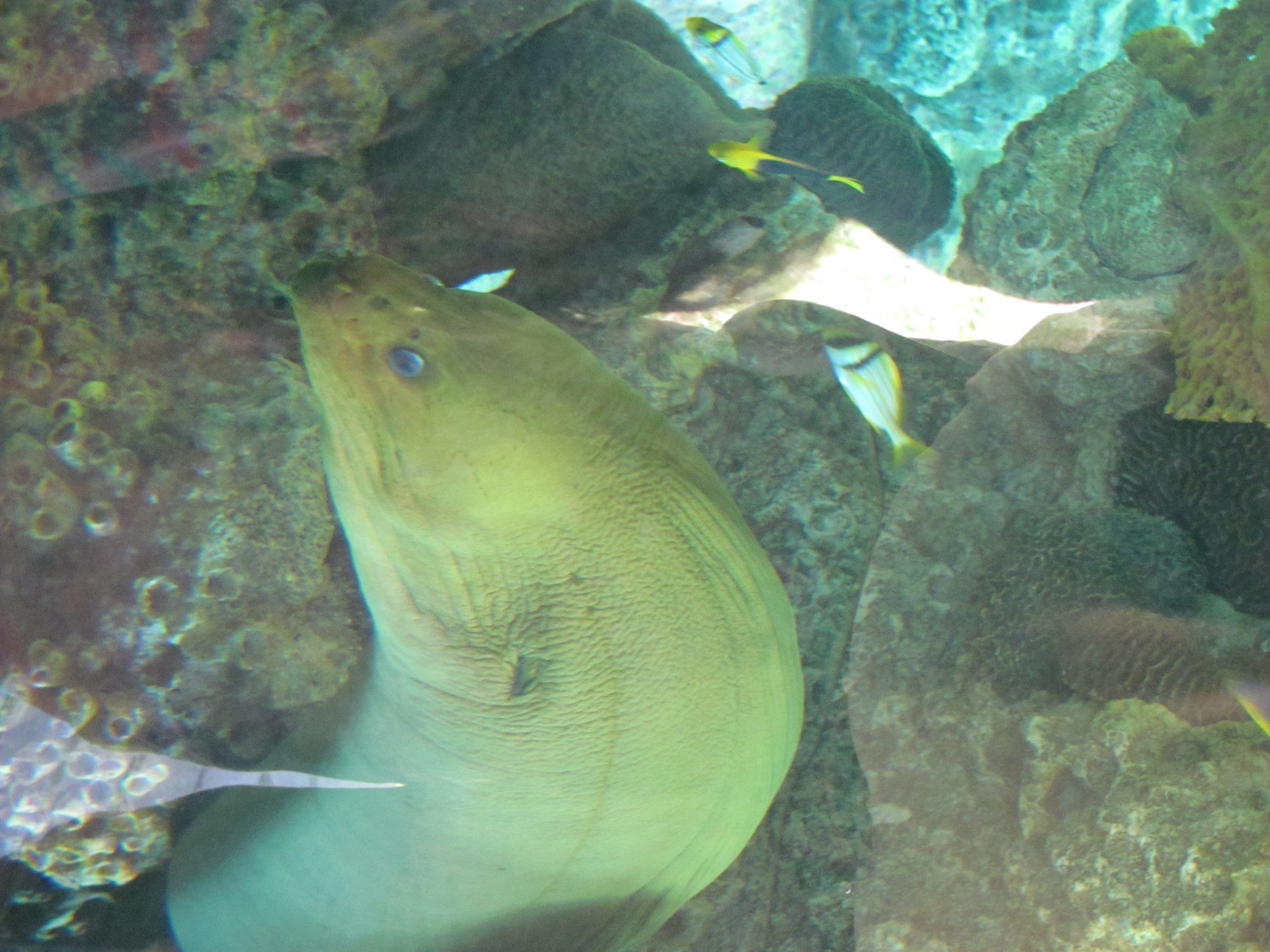 We also were able to see rays gliding along at the same location. 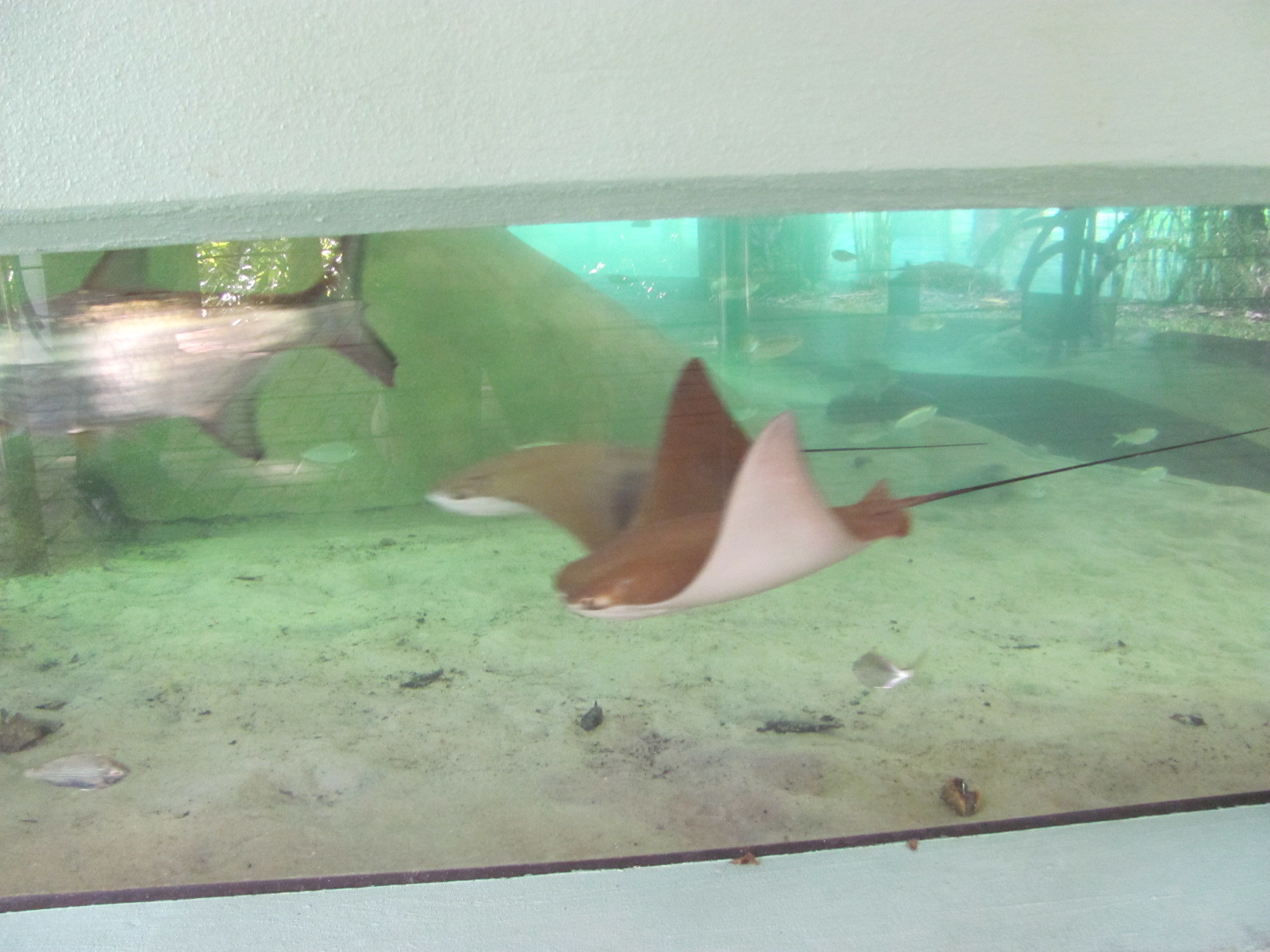