Architectural Wonders of the 14th Century

This century features some remarkable structures, particularly in the Orient. It was a time of great contrast. The Renaissance began, in Italy, but so did the Hundred Years’ War. This century also featured the Black Death which decimated about one-third of Europe’s population. My list can be viewed below. 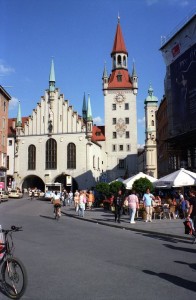 2. Palace of the Grand Masters, Rhodes, Greece (1320) – This fortress was constructed for the Knights Templar, and is incorporated into the existing walls of the medieval city. 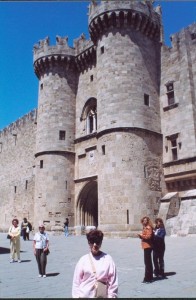 3. Kapellbrucke, Luzern, Switzerland (1333) – This wonderful covered bridge in the heart of the enchanting Swiss city contains paintings which chronicle the history of Switzerland. 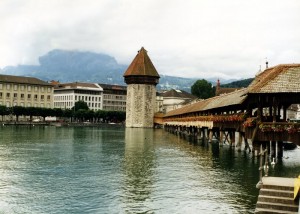 4. Palais des Papes, Avignon, France (1334) – When the papacy briefly moved here from the Vatican, a suitable residence had to be constructed for the titular head of Roman Catholicism, so this grand palace was built.
5. Doge’s Palace, Venice, Italy (1340) — The residence of the ruler of this powerful Italian city-state is a treasure of great artwork. It also contains the courtroom where many a dangerous criminal was sentenced to life imprisonment and ushered over the Bridge of Sighs. 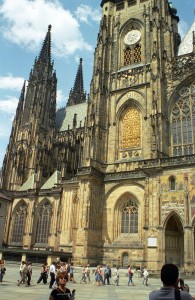 7. Ponte Vecchio, Florence, Italy (1345) – This covered bridge over the River Arno is a characteristic landmark in the important city of Florence, where the Renaissance was born. It contains retail stalls and is often crowded with shoppers. 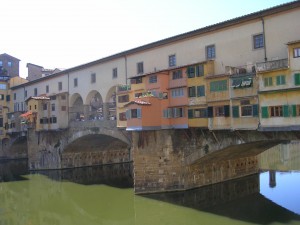 8. Alhambra, Granada, Spain (1350) – This huge Moorish complex of fortifications, halls, and gardens, overlooks the historical center of Granada, in southern Spain. It was the last stronghold of the Moors in the country and was the residence, for a time, of American author, Washington Irving. 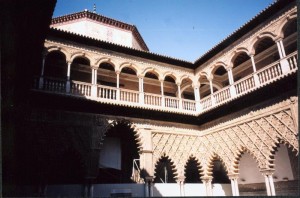 9. Wat Arun, Bangkok, Thailand (1350′s) – This distinctive temple, covered with small pieces of Chinese ceramic, dominates the western bank of the Chao Phraya River, which runs through the center of Bangkok. 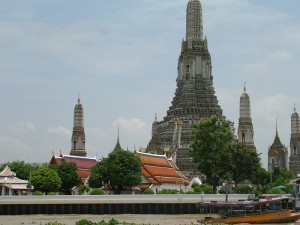 10. Meteora Monasteries, Meteora, Greece (1356) – Although these unusual structures, perched atop pinnacles of rock were built over the course of 100-150 years, several were constructed in this century.
11. Bran Castle, Bran, Romania (1377) – This classic Transylvanian castle has been associated with both Count Dracula and with Vlad the Impaler. It probably has little to do with either, but the legend suffices to make it a popular stop for visitors to this Eastern European nation.
12. Wat Phrathat Doi Suthep, Chaing Mai, Thailand (1383) – On a hill, overlooking the ancient city of Chiang Mai from the west, this temple is the holiest and most popular shrine in the vicinity. 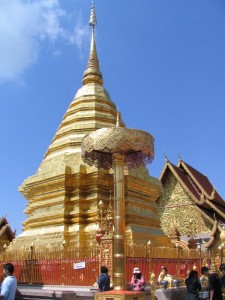 13. Residenz, Munich, Germany (1385) – This winter palace, in the historic center of Munich, was built by the powerful Wittelsbach family, rulers of Bavaria for many years. A highlight of the complex is the Cuvillies Theater.
14. Duomo. Milan, Italy (1386) – This is one of the most glorious churches in the world, with its many statues and pinnacles on the exterior. It is capped with a gilded statue of the Virgin Mary. 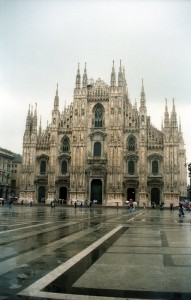 15. Kyongbokkung Palace, Seoul, Korea (1394) – This main and largest royal palace in the city once contained hundreds of buildings, before the destruction of many of them, but it is still impressive and now houses a major museum.
This entry was posted in Photo Albums and tagged World Travel. Bookmark the permalink.