Four of the travel sites in this group are ruins of ancient glory, while the fifth is a glorious city. Travelers will be awed by visits to this collection of the world’s best travel destinations.

15.  Angkor, Siem Reap, Cambodia — This may be the most important temple complex in the world and also one of the most impressive man-made wonders in history. The complex was built over six (6) centuries. The most popular and probably most important temple on the grounds is Angkor Wat, which is over 200 meters (600 feet) tall and is thought to represent the universe in miniature. Symbolism within the entire complex is extremely important to an understanding of the significance of the sights.

14.  The Acropolis & Athens, Greece — The Acropolis, which dates to the 5th century BC, stirs the imagination since it is associated with the beginnings of Democracy and the origin of Western Civilization as we know it. The gorgeous Parthenon, often referred to as the most beautiful building in the world, although in ruins, still evokes memories of master-architect and builder Phidias, Demosthenes, and other famous Athenians. (Walking Tour available for purchase on website) 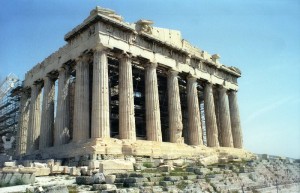 13.  Machu Picchu, Peru — This ancient ceremonial/adminstrative city of the Incas is located 2,350 meters (7,700 feet) above sea level in the Andes Mountains. It was rediscovered in 1911. The site probably dates to the 1400s but archaeologists are unsure. The ruins of this “Lost City of the Incas” are now one of the most popular tourist locations in South America.

12.  Luxor, Egypt & Nile Cruise –Luxor is the modern city on the site of ancient Thebes. It probably contains more examples of Egyptian civilization than anyplace else in the world. It lies about 675 km (420 miles) south of Cairo and straddles the Nile River. Luxor is the most popular starting point for a Nile Cruise. Attractions here include the Temple of Luxor, the Temple of Karnak, and the Valley of Kings.

11.  Bangkok, Thailand — Bangkok is a city of contrasts. The modern trappings of a twenty-first century city are juxtaposed with many of the old traditions of a Southeast Asian third-world nation. The effect, however, is enchanting and the city is adept at winning the hearts of most visitors. The city’s mega-sights include the Royal Palace, Wat Phra Kaew (the Temple of the Emerald Buddha), which holds Thailand’s holiest Buddha statue, and Wat Pho, the Temple of the Reclining Buddha. (Walking Tour available for purchase on website) 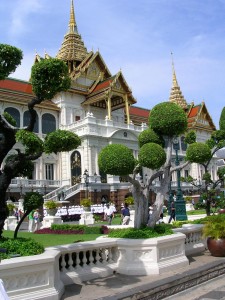