Because of the potential for commerce, many inland cities were established and thrived along major navigable rivers. Many of these cities became important centers for trade and crossroads for the movement of goods and people. This installment of cities on rivers includes several major urban areas of the Far East.

Shanghai, China — China’s commercial center has become a modern metropolis with tall skyscrapers, neon lights, and a busy port, all the while preserving some of its past in terms of architecture and artifacts. It lies at the mouth of the Huangpu River, the last tributary of the Yangtze. 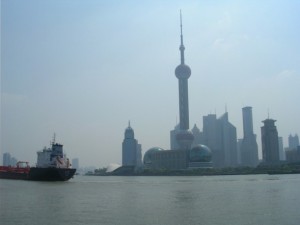 Guilin, China — Guilin is the entry point for visitors who travel down the Li River, this gorgeous stretch of karst scenery which is among the best boat rides in the world. The ride’s terminus is in charming Yangshuo. 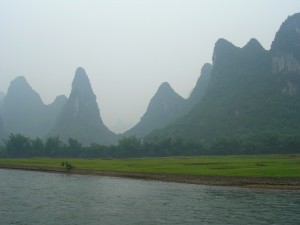 Along the Li River

Bangkok, Thailand — The Chao Phraya River cuts through the center of Bangkok and provides an additional thoroughfare for both visitors and residents alike. The river is constantly busy with water taxis and commercial watercraft. 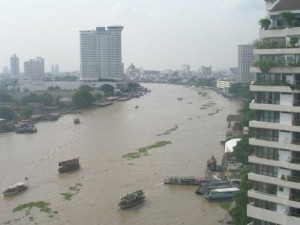 Along the Chao Phraya River