The most famous and most popular city park in Boston is the Boston Common, starting point for the Freedom Trail and a major gathering place for locals and tourists because of the many activities available in and around it. 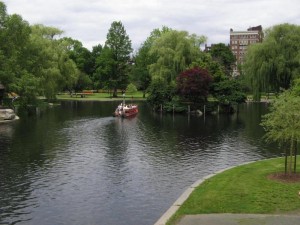 Providence’s city park is named for the state’s founder, Roger Williams. This extensive area in the southern part of the city contains a wonderful zoo as well as offering a variety of other activities. 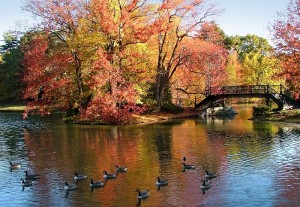 On the east side of Providence, Prospect Park, often referred to as Prospect Terrace, provides the best view of the city. Look out over the state capitol building and the downtown, standing beside a statue of founder, Roger Williams. 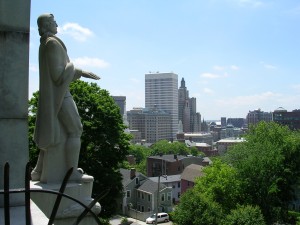 Touro Park, Newport, RI — This park sits in the center of downtown Newport, near the Brick Marketplace and across Americas Cup Boulevard from the harbor. The park contains the Old Stone Mill, a mysterious structure once-believed to be of Viking origin. 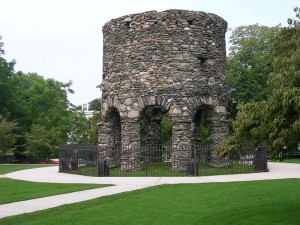