We begin our journey with a return to Chicago. We have not been to the “Windy City” since 1993 and I am sure that there are some significant changes. Upon arrival we immediately headed for the Art Institute of Chicago, the city’s premier Art museum and one of the world’s great museums, an attraction we missed in’93. The lovely Chagall Windows were the first piece of Art we expeerienced. They were a gift to the museum from the artist in 1977. 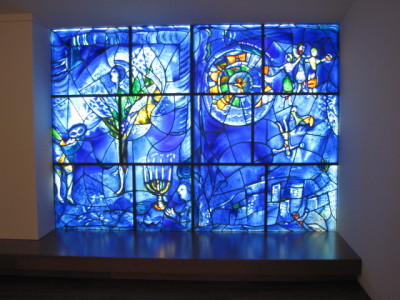 We spent much of our time on the second floor in the Impressionists’ Galleries, where we saw such famous works as Monet’s Haystacks. 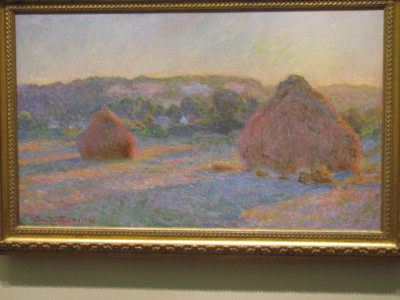 Among the American painters, we particularly enjoyed seeing American Gothic, a famous painting by Grant Wood. 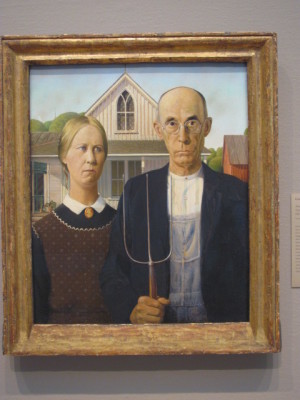 In a section which featured more Modern American works, I spent a considerable amount of time trying to understand Peter Blume’s The Rock. It seems to depict Man’s devastation of things and then his attempts to reconstruct. 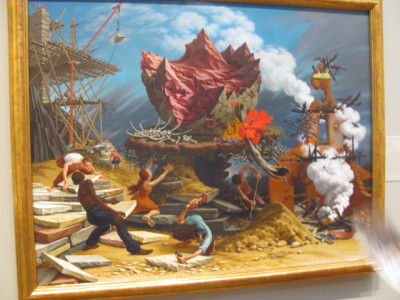 After we left the museum, I took this picture of the main entrance. 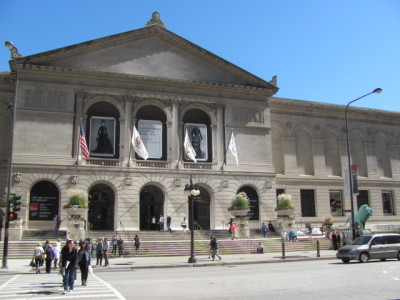 From here we walked to Grant Park and strolled the grounds of this wonderful green oasis in the center of the city. We admired the Chicago skyline, one of the world’s great ensembles. 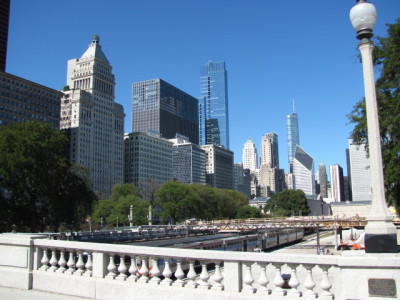 Of course we also admired the Buckingham Fountain, one of the world’s greatest fountains. 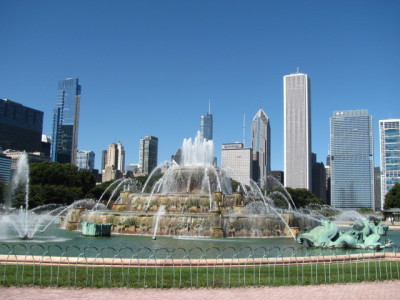 With its backdrop of huge skyscrapers, the fountain just begs to be photographed. 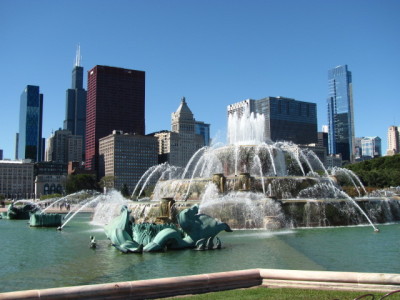 Just before our return to the parking lot to leave for the day, Gary managed to check out Millennium Park, with its lovely gardens. 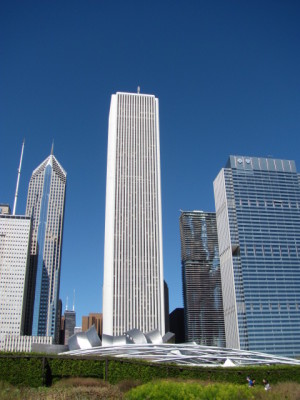 Also in the park is the Pritzker Pavilion, designed by noted architect Frank Gehry. 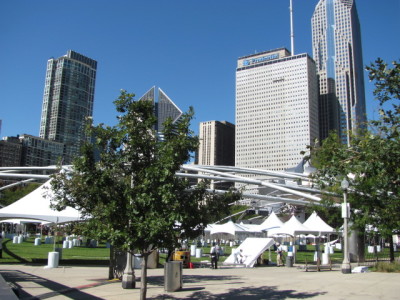