Churches and other religious/spiritual sites are some of the world’s most important attractions for travelers. The are typically the focal point of a city or village and reflect the culture and values of the region. Churches, especially, are significant architecturally and represent the best efforts of a community to express itself. Lee & I have been to hundreds of churches in our travels. Many of these have become unforgettable memories of a particular place. To actually rank these sites is virtually impossible. How can you choose between amazing sights such as Hagia Sophia, the Pantheon, and Mont-St-Michel? Therefore, I will present my favorite 150 spiritual places in installments of five (5), listed alphabetically. Many of my choices are UNESCO World Heritage Sites and deserve to be preserved forever. Many are simply charming or may hold some special historical significance. Peruse the list and compare your list to mine. Obviously I have not been to all the spiritual places on Earth, but most of these would probably make the all-time list of the majority of world travelers.

1. Air Force Academy Chapel, on the campus of the Air Force Academy, near Colorado Springs, Colorado, USA. This glorious tribute to light and sky, a symbolic reaching for heaven, was designed and built by eminent American architect, Frank Lloyd Wright. 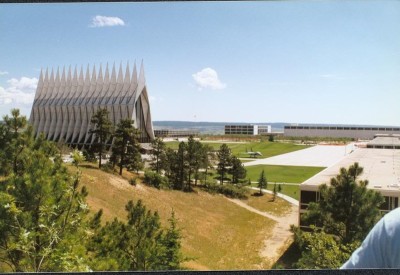 2. Alexander Nevsky Cathedral, Tallinn, Estonia — This classic Russian cathedral is a reminder (not necessarily good) of the days when Estonia was an unwilling part of the USSR. The cathedral stands prominently in the Upper Town, across from the Pink Palace, Estonia’s parliament building. 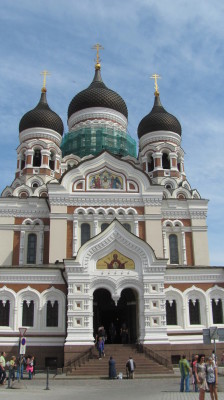 3. Arlesheim Cathedral, Arlesheim, Switzerland. In a tiny village just outside of Basel, this beautiful cathedral features striking frescoes above the altar. 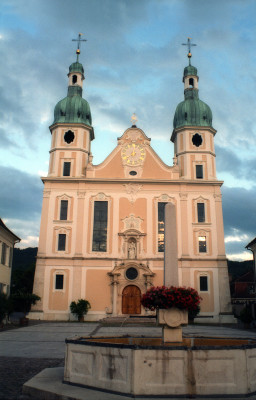 4. Avila Cathedral, Avila, Spain. This large and imposing edifice is actually part of the city’s fortifications, built right into the medieval walls. 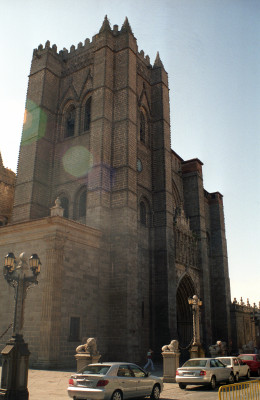 5. Baha’i Temple and Shrine, Haifa, Israel — The Baha’i religion attempts to blend the world’s major religions into one. The headquarters of this movement is found on a large piece of land on a slope above the city of Haifa. The meticulous grounds are enchanting and engaging to stroll. 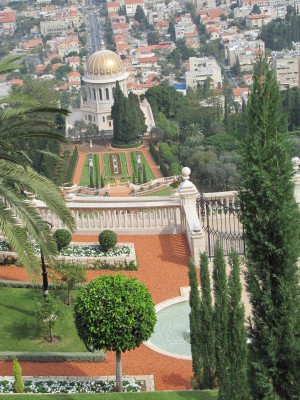