Today is the day that I’ve waited for for many months. Today was our excursion to Dubrovnik, the Pearl of the Adriatic, and the focal point of this entire trip. We have heard so many wonderful things.

Notwithstanding the ride there from Split (120 miles, much of it on two-lane roads with many hairpin turns and switchbacks), the day was awesome! Dubrovnik is everything that has been said about it. It is picture-perfect! 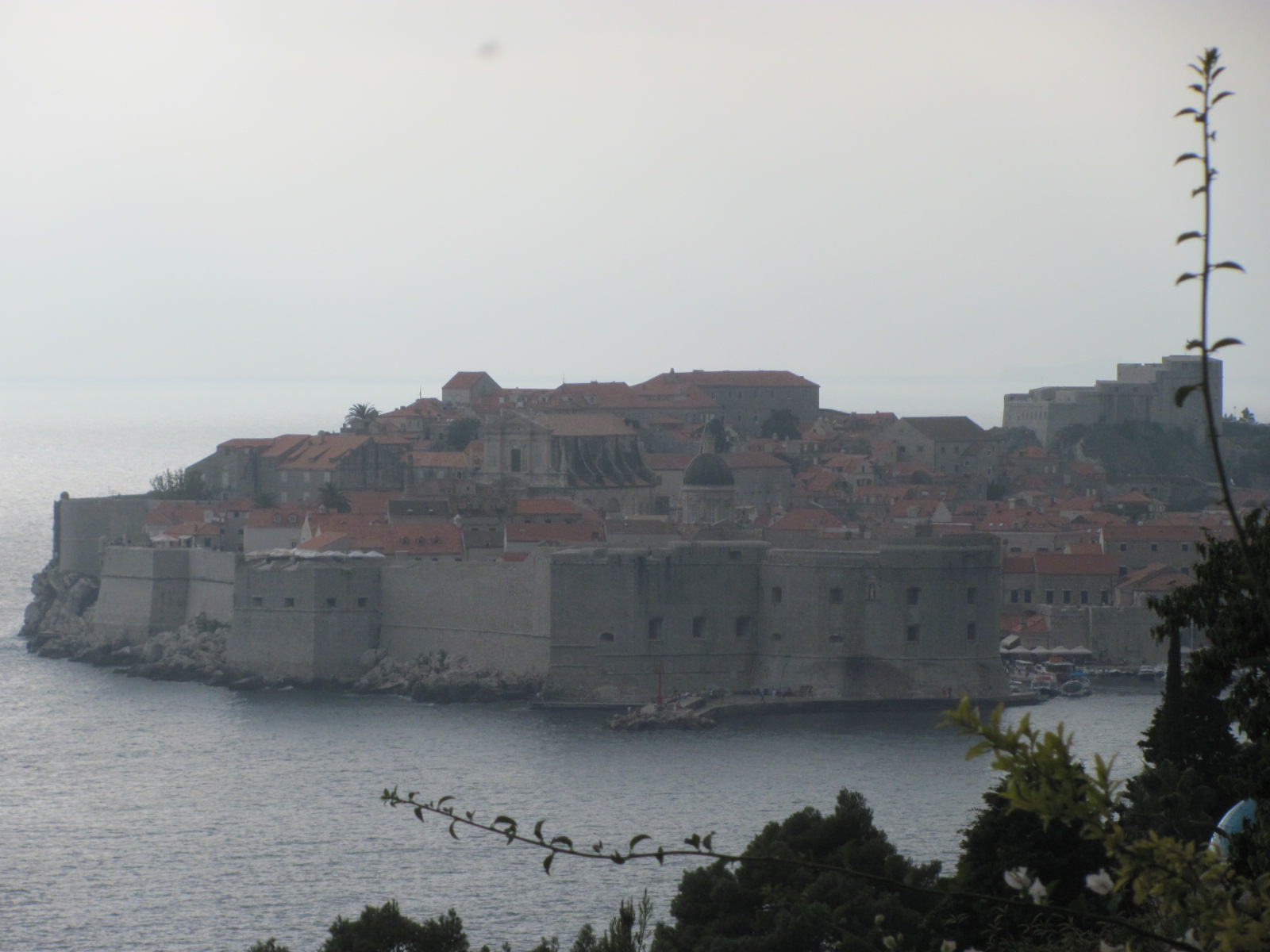 This seaside city has some of the best-preserved medieval walls in Europe. 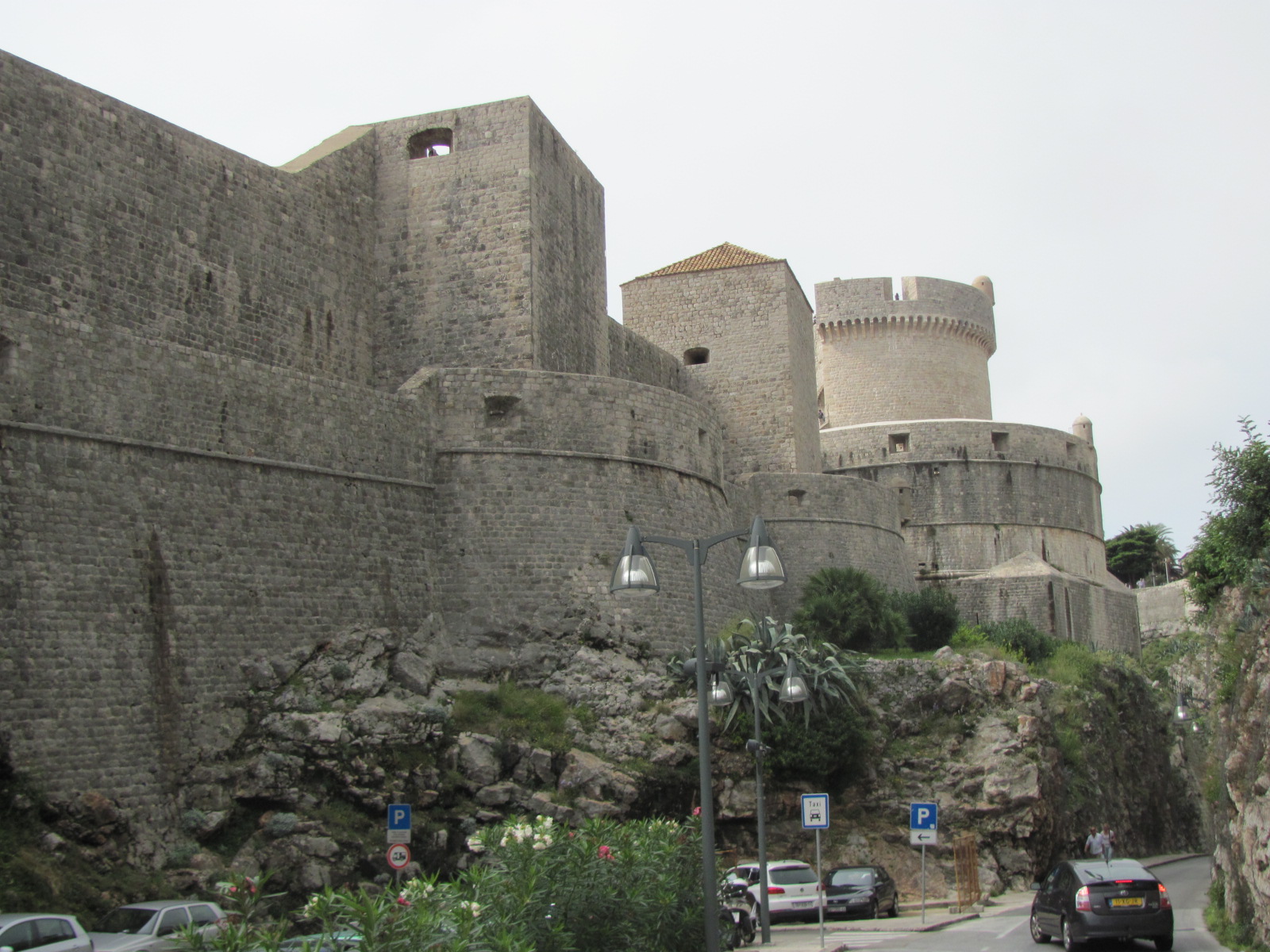 All visitors to the city MUST walk the walls since this is Dubrovnik’s signature attraction. They are more than a mile in length although you do not have to walk the entire length to get a flavor for their scope and breadth. 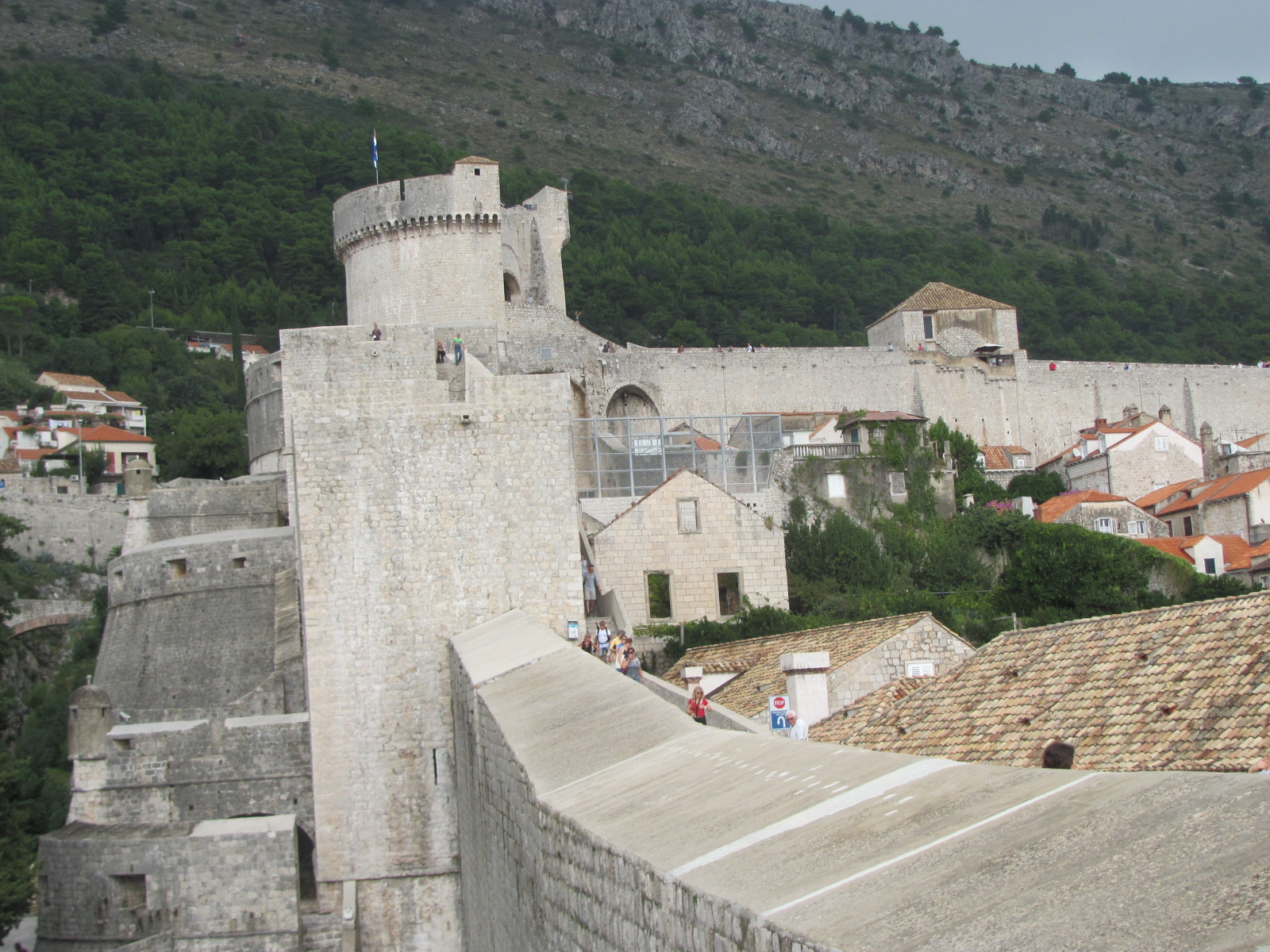 In addition to the walls, their are other elements of the city’s fortifications which are just outside the walled Old Town. 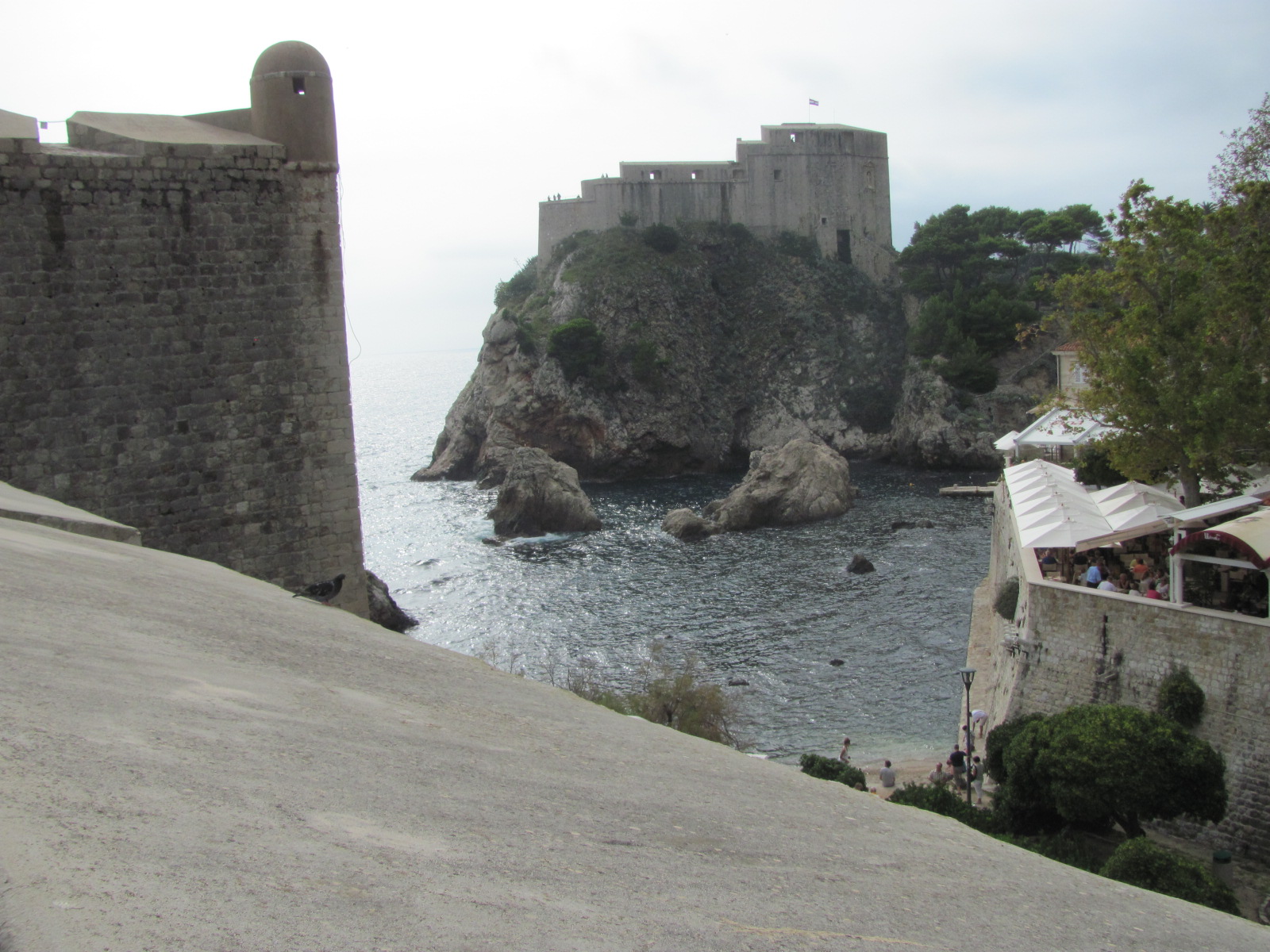 The walls also afford a birds-eye view of the city. 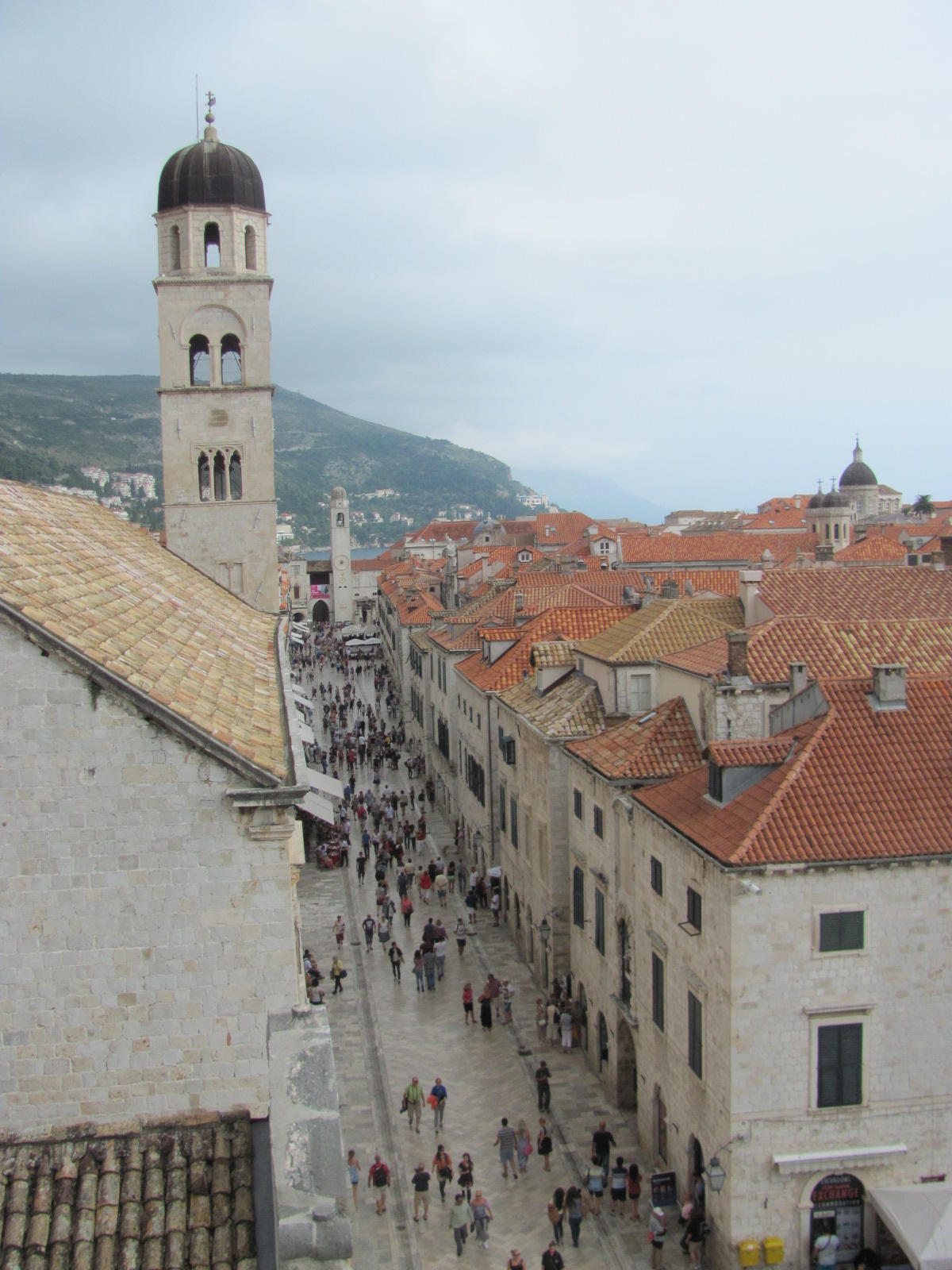 Looking Down at the Stradun

Of course, there are other significant sights within the Old Town. The main entrance into the walled city is via the Pile Gate, which has a statue of St Blaise, the patron saint of Dubrovnik. 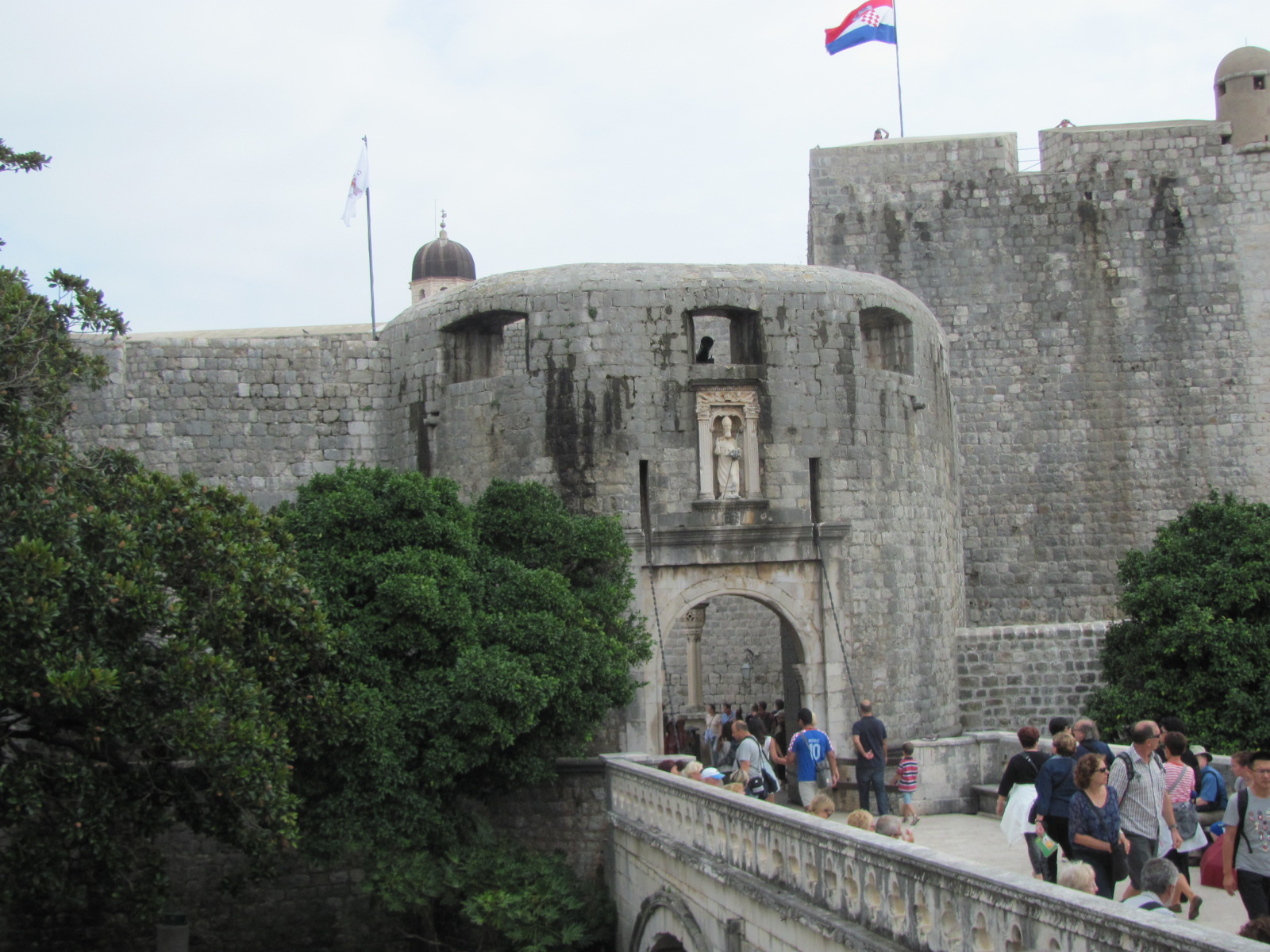 Just inside the gate is the Onofrio Fountain, part of the city’s water supply system. 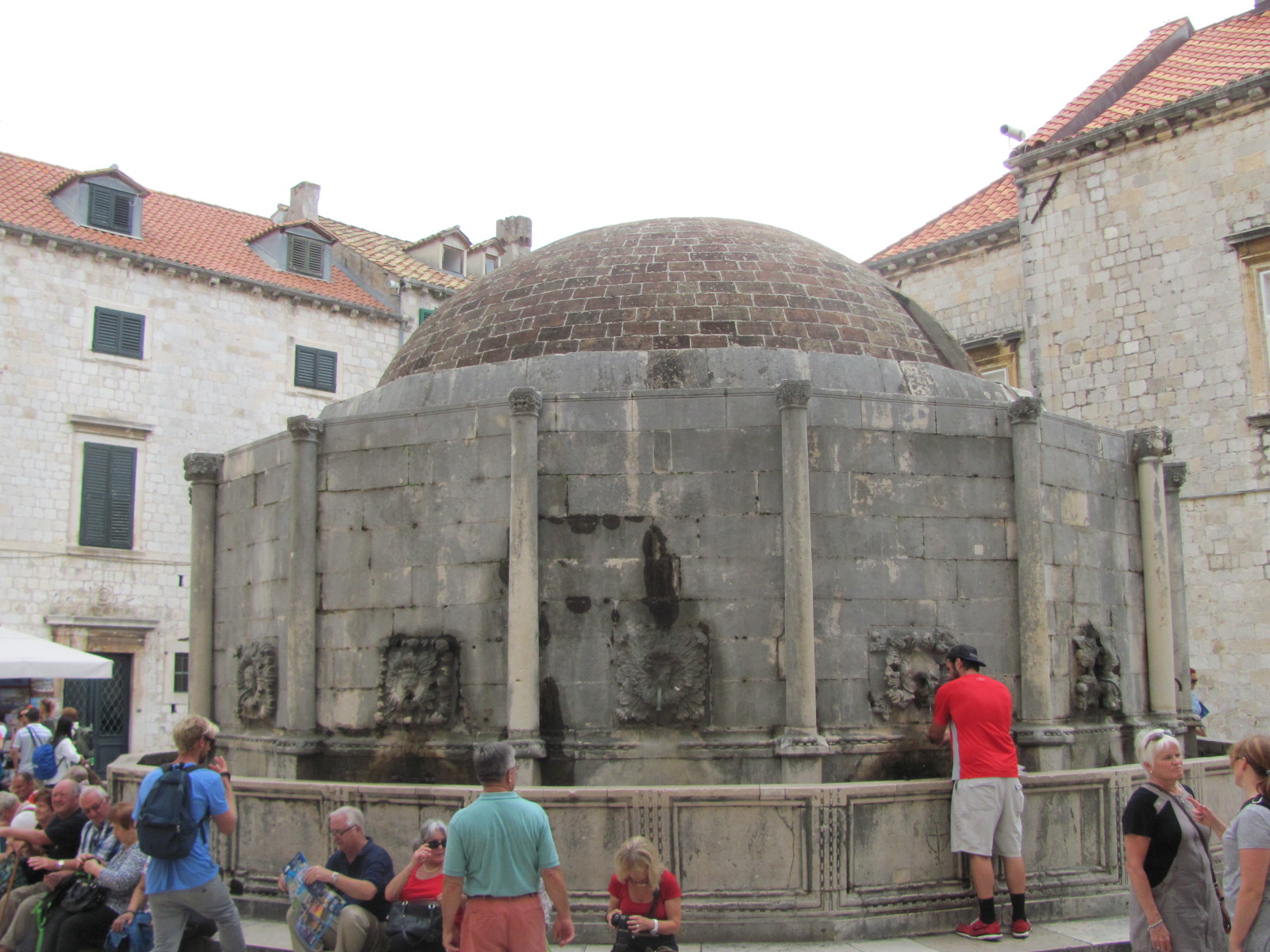 The main thoroughfare in Dubrovnik leads from the fountain to Luza Square, the city’s main square. It is straight, attractively paved with worn white stones, and lined with restaurants and shops. It is known as the Stradun or Placa. 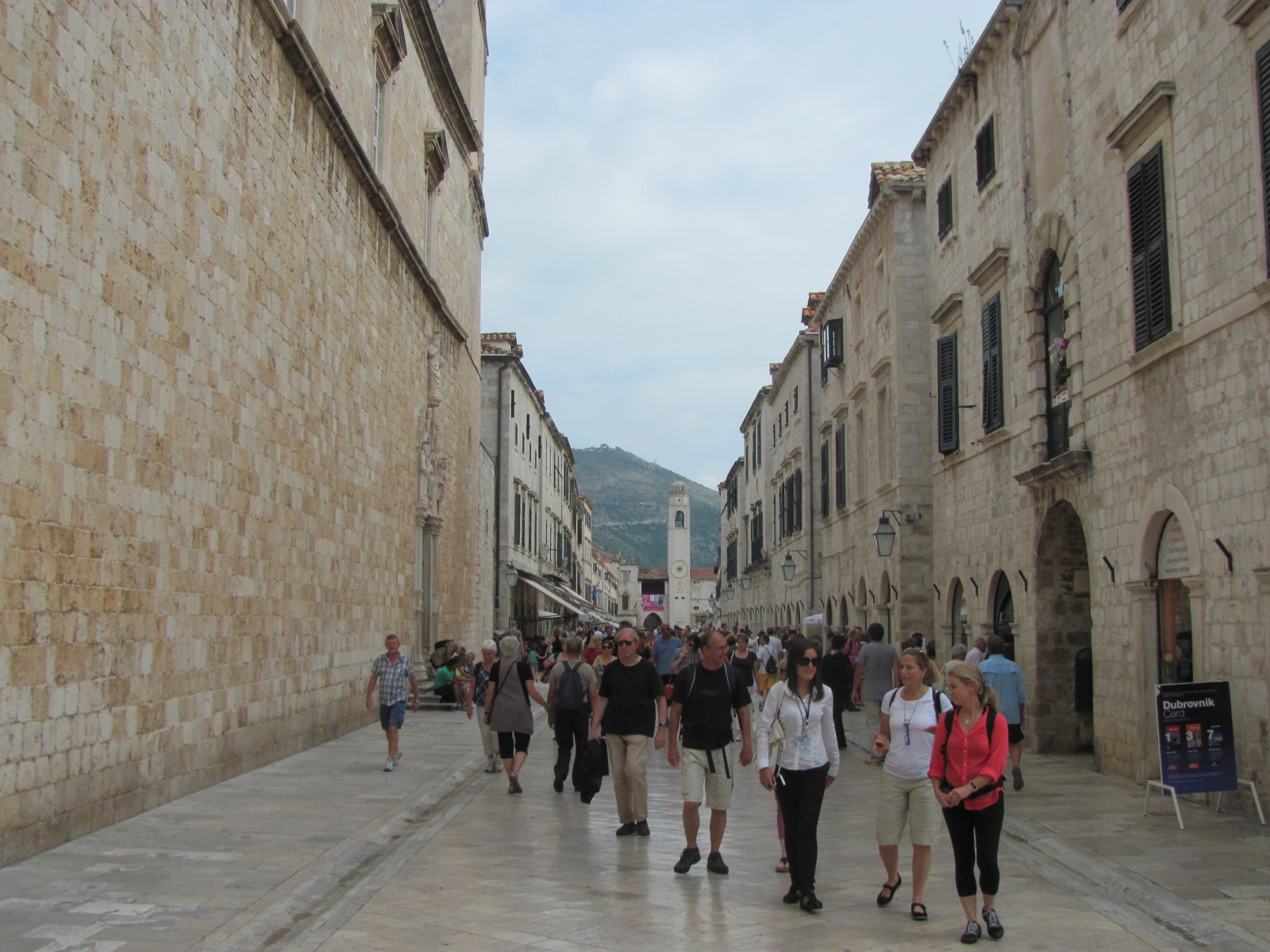 At the end of the Stradun is the most recognized structure in the city, the Clock Tower. 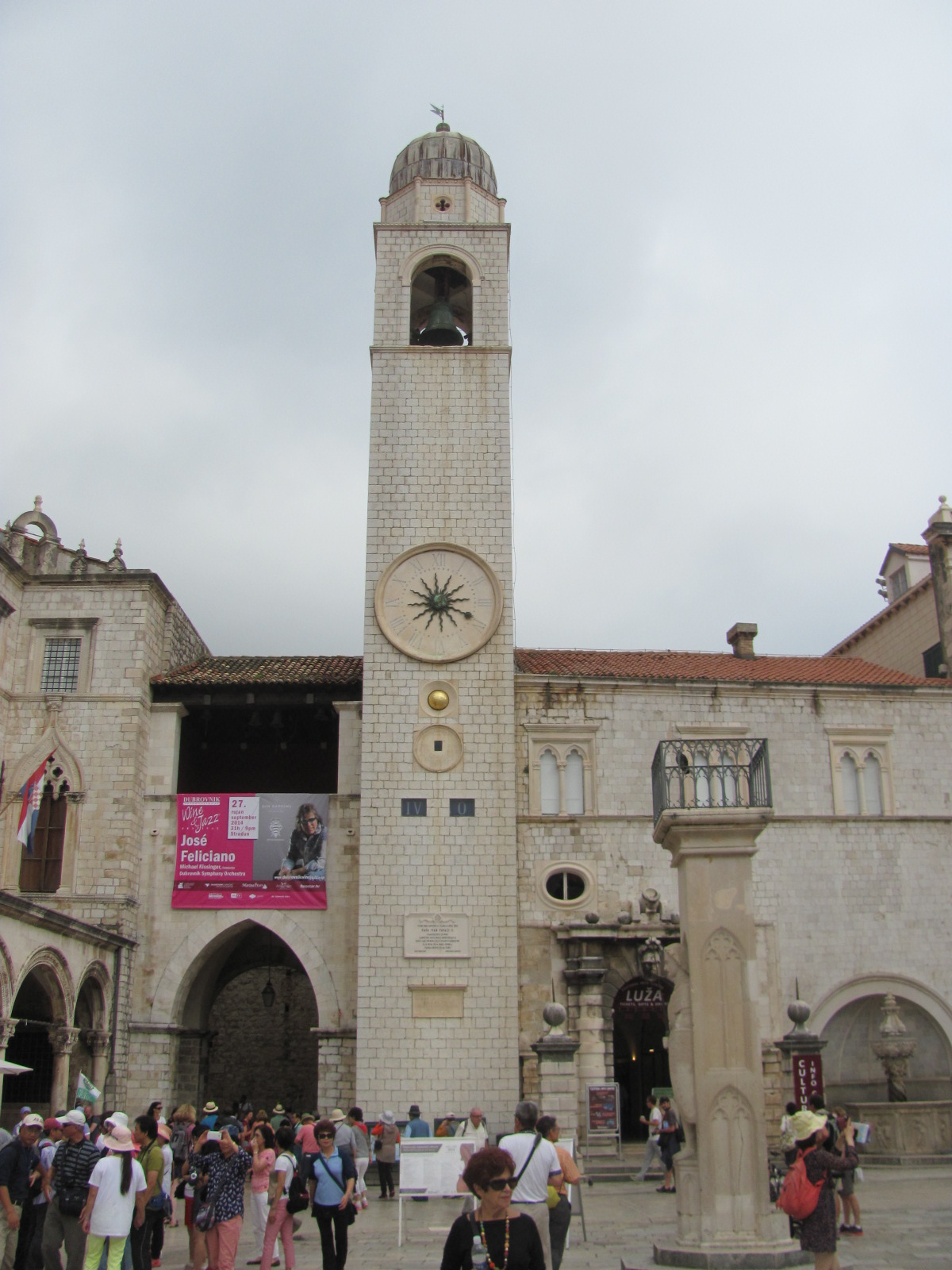 The most beautiful building in the square is the Church of St Blaise. 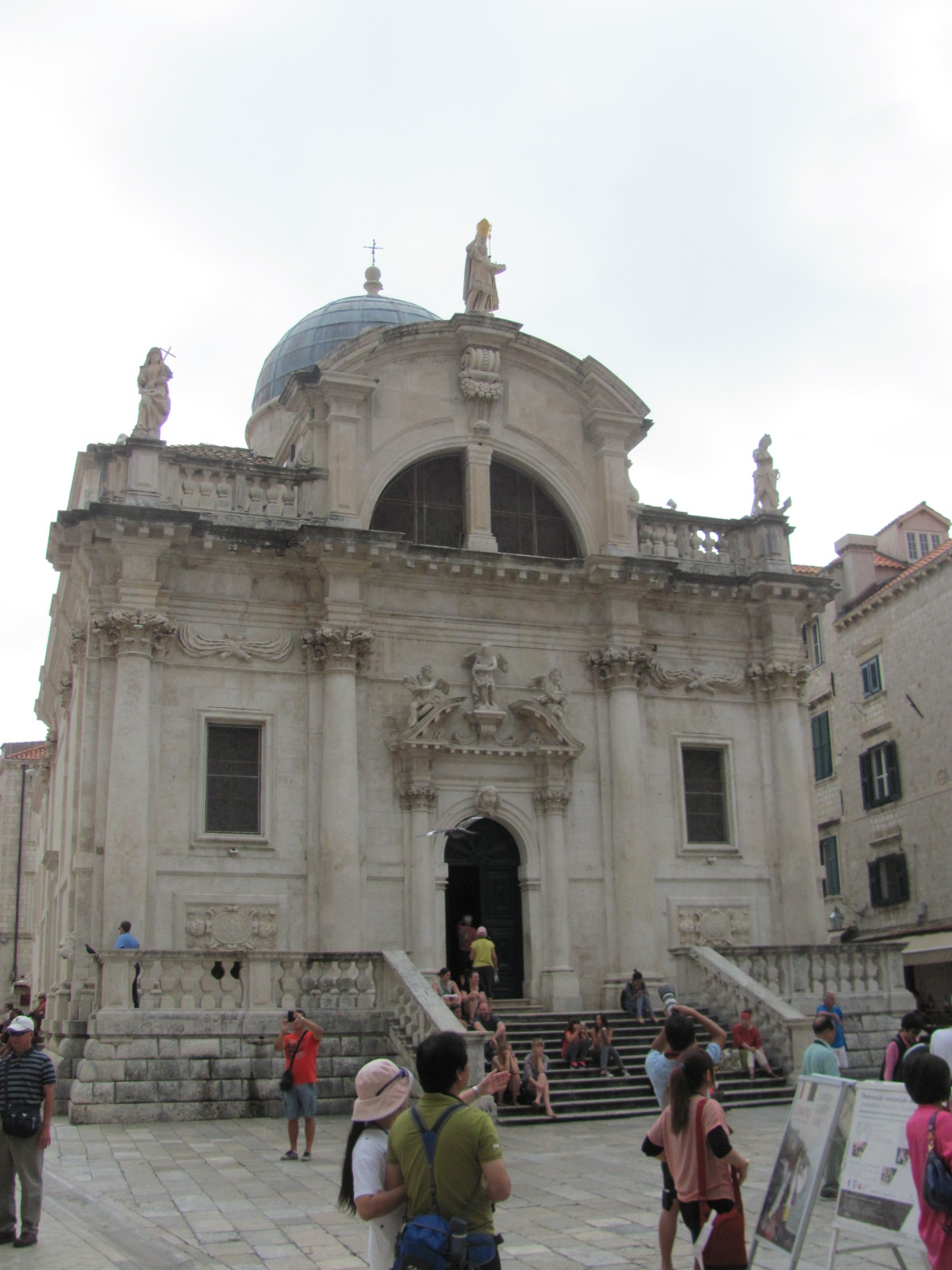 The Sponza Palace faces the church; it was once the Custom House when it was built in 1516. 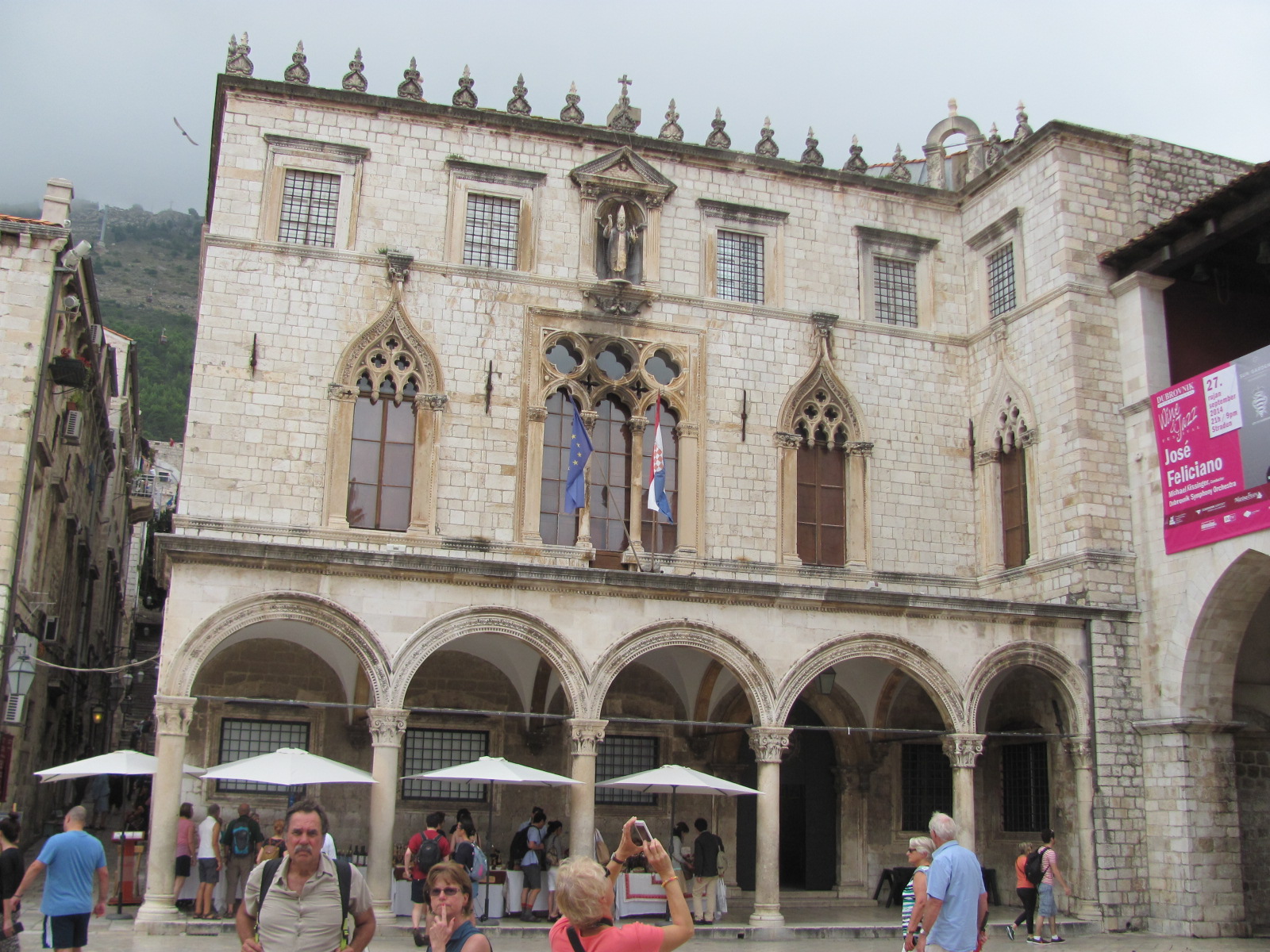 Nearby is Dubrovnik’s Town Hall and it is attached to the Rector’s Palace, another beautiful building. 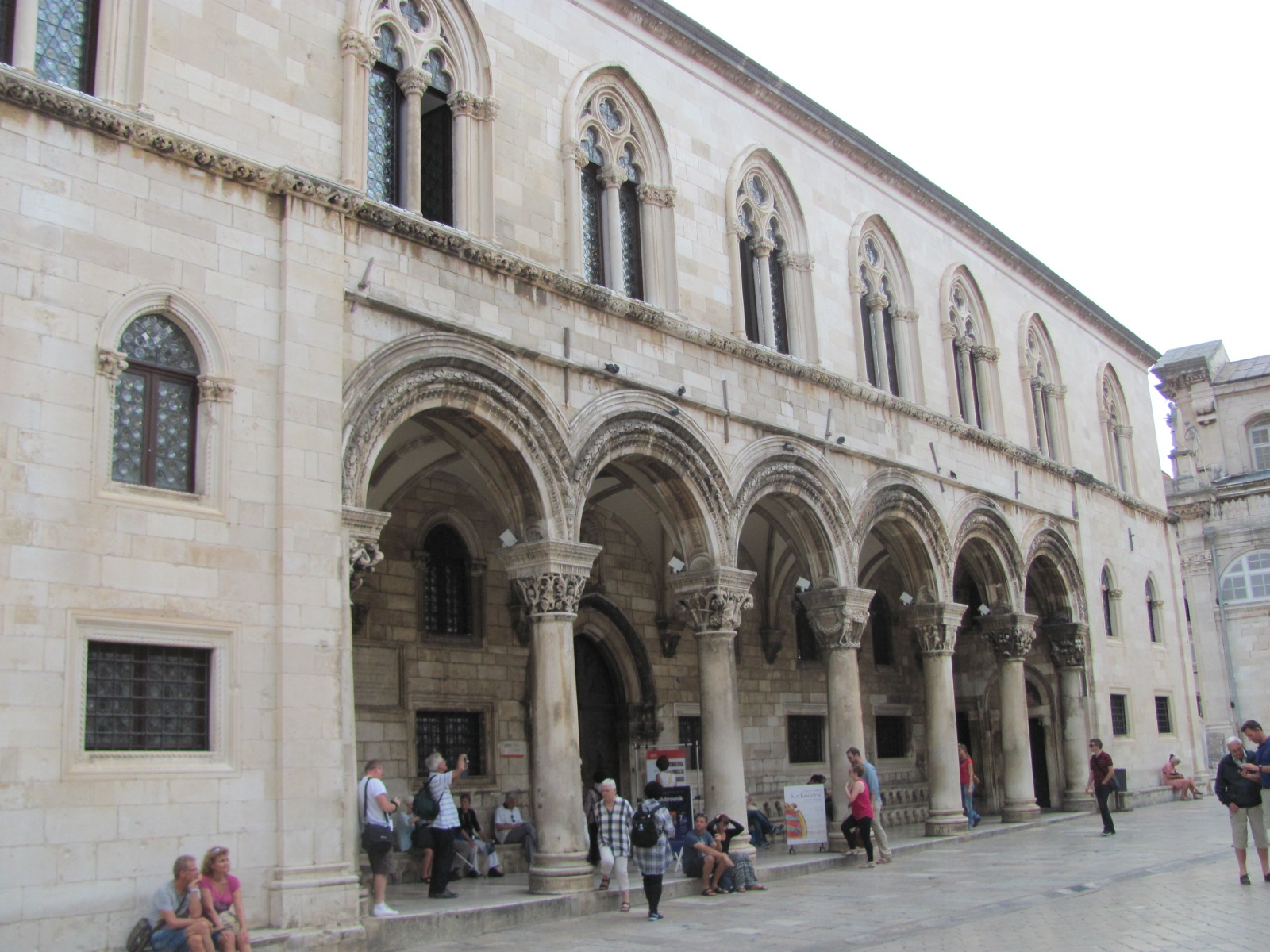 What an incredible ensemble of beautiful buildings!

Just south of Luza Square is Dubrovnik’s Cathedral, dedicated to the Assumption of the Virgin. 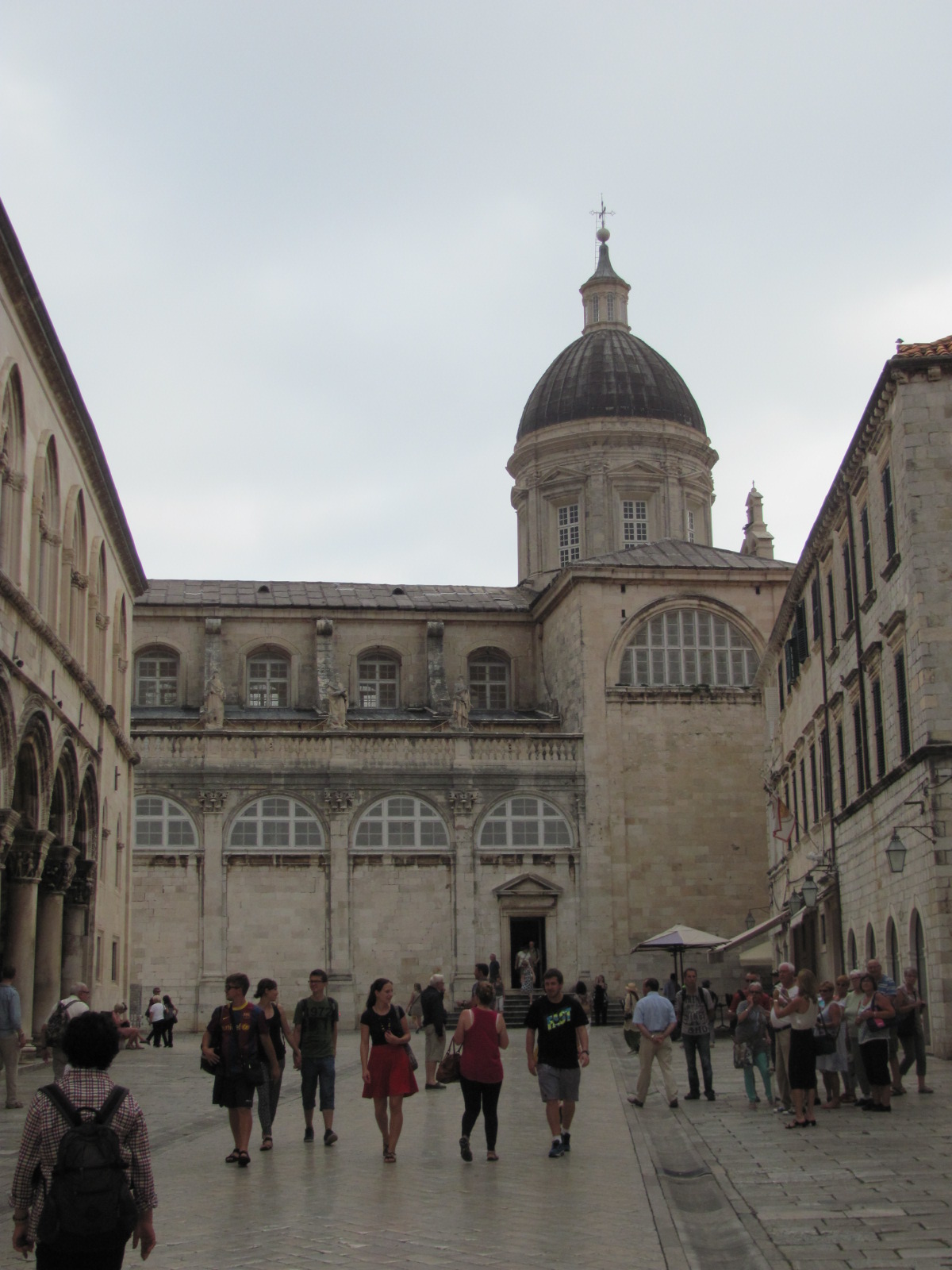