We explored Zagreb today, our last day in this interesting capital city on our Italy and Croatia adventure. We did my walking tour (available for purchase on this website for just $1.49) but in reverse since we chose to take the funicular up to the Upper Town (Gornji Grad) and then walk down.

The first attraction that we encountered was the 12th Century Lotrscak Tower (Croatians really love their consonants!), where a cannon is fired every day at noon. 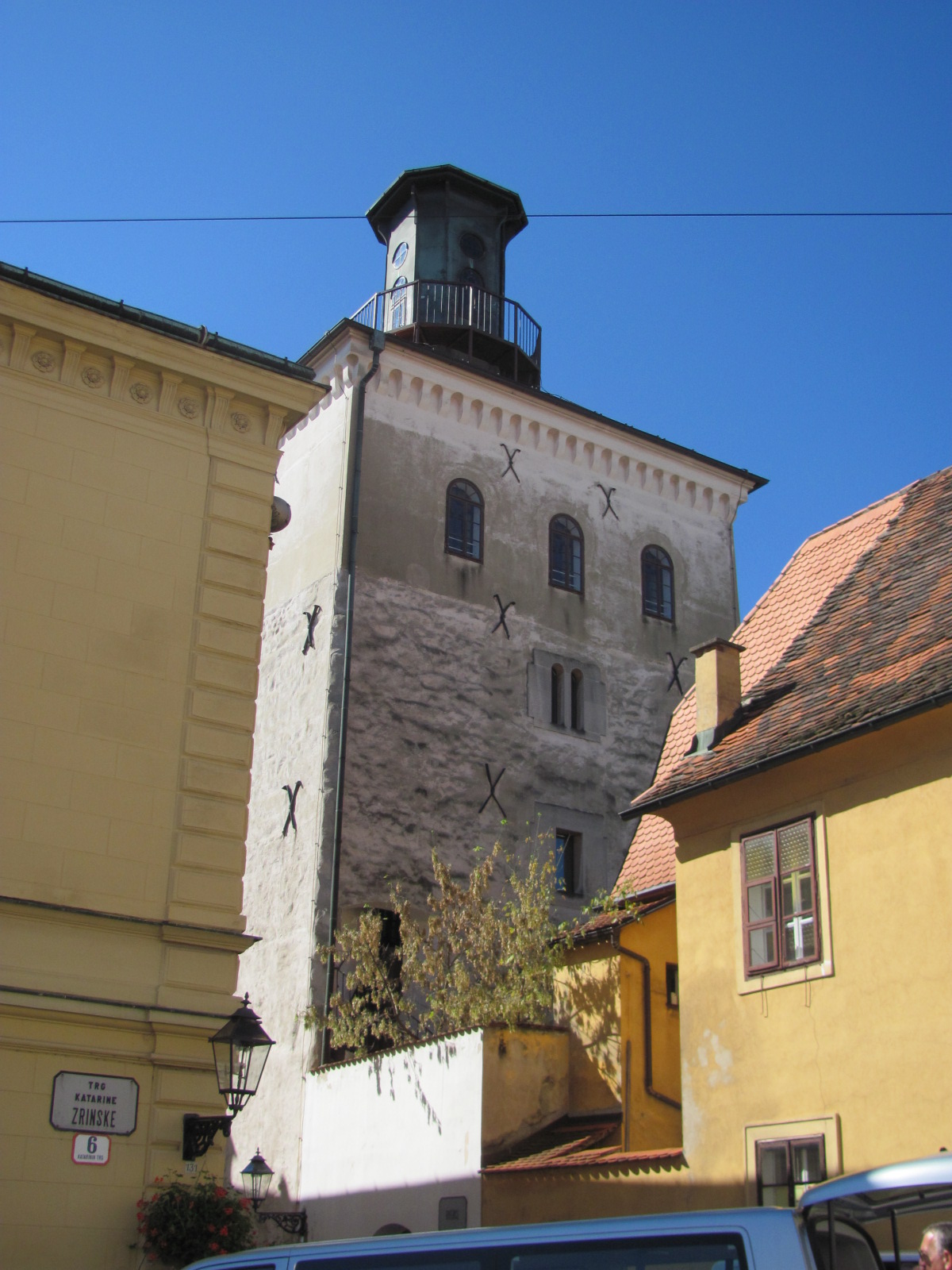 Nearby is the lovely Church of St Katherine, although we were extremely disappointed that we couldn’t get inside (it is only open for 6PM Mass every day). 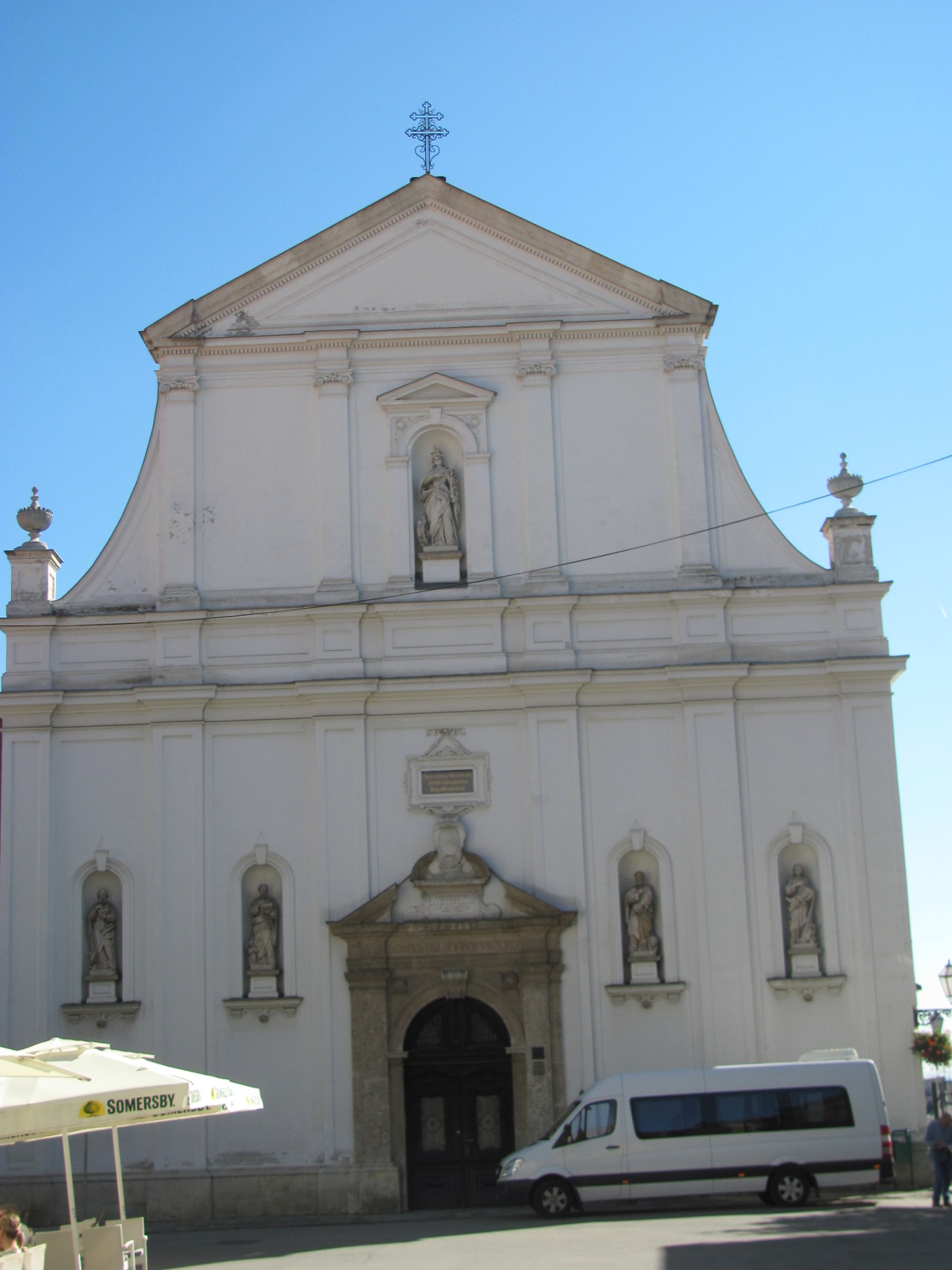 Walking northward we found Zagreb’s Old City Hall (which looks more like a palace than a government building). 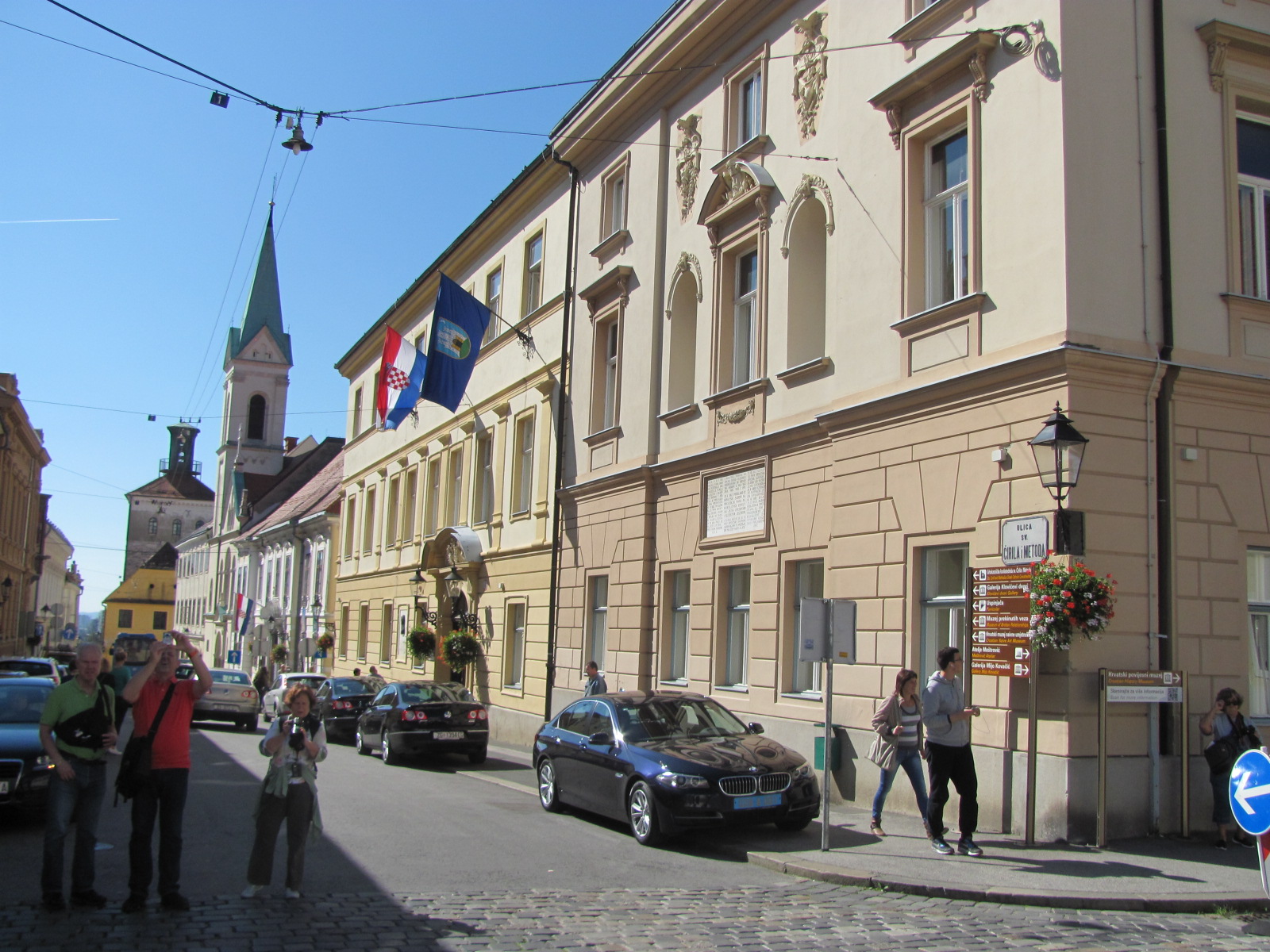 Just ahead is the signature sight of the Upper Town, the Church of St Mark, with its distinctive tile roof displaying the coat of arms of Croatia (on the left) and Zagreb (on the right). I wonder if such a structure would be allowed to exist in the USA where we insist on the separation of church and state. 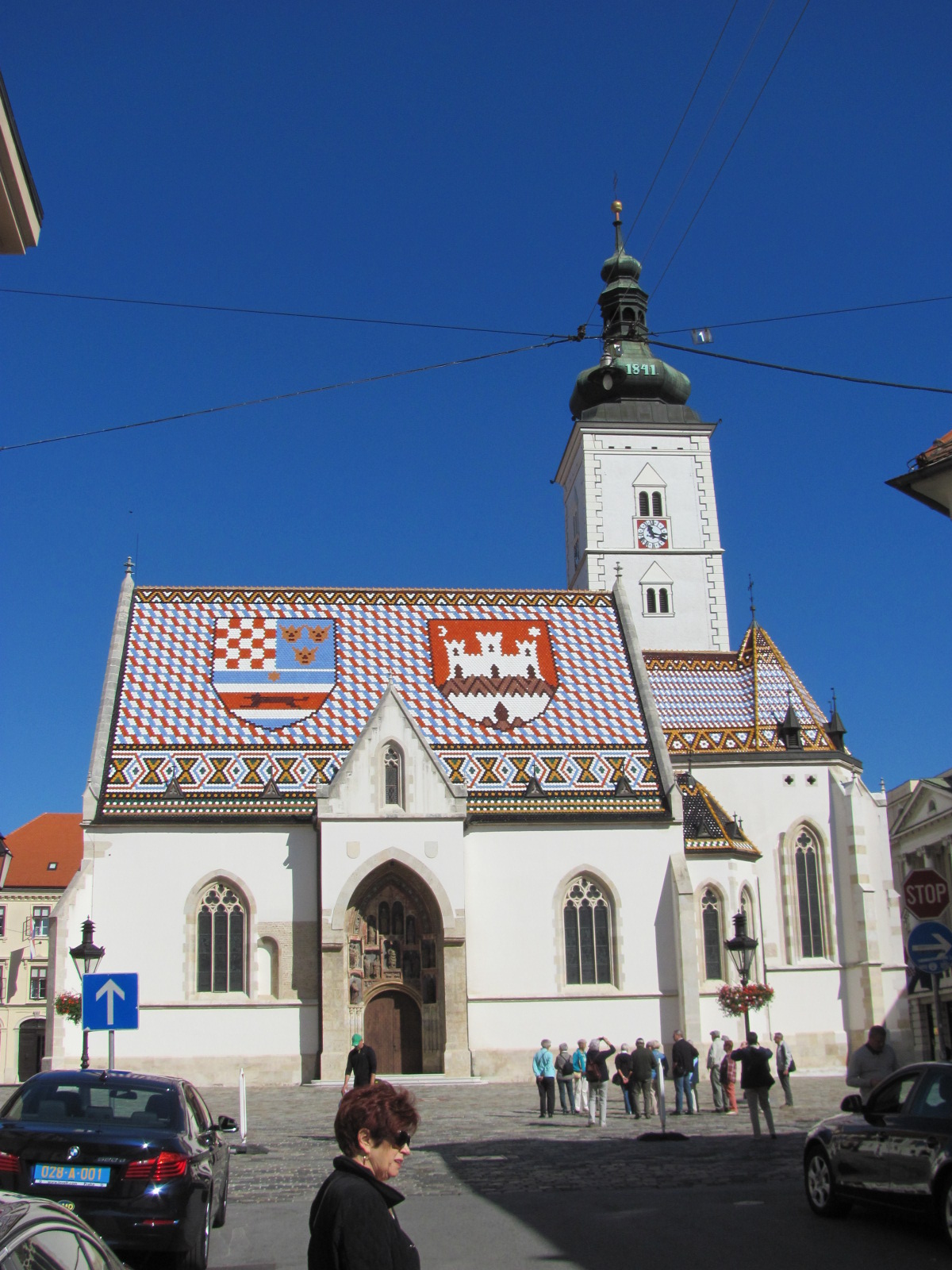 In the same square are the Parliament Building (Croatia Sabov) 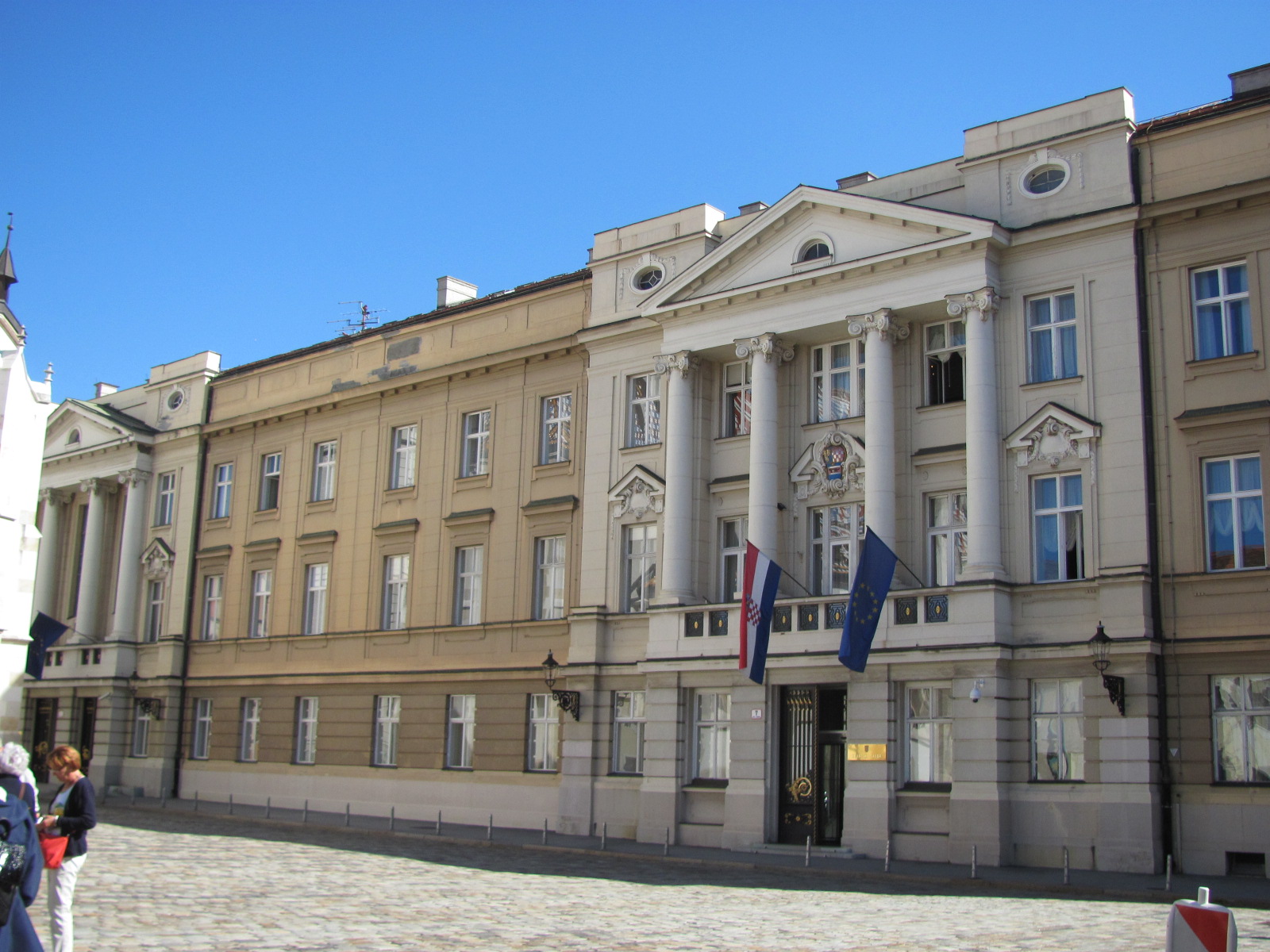 and Ben’s Palace, now the Presidential Palace where a changing of the guard occurs on Saturdays and Sundays at noon. 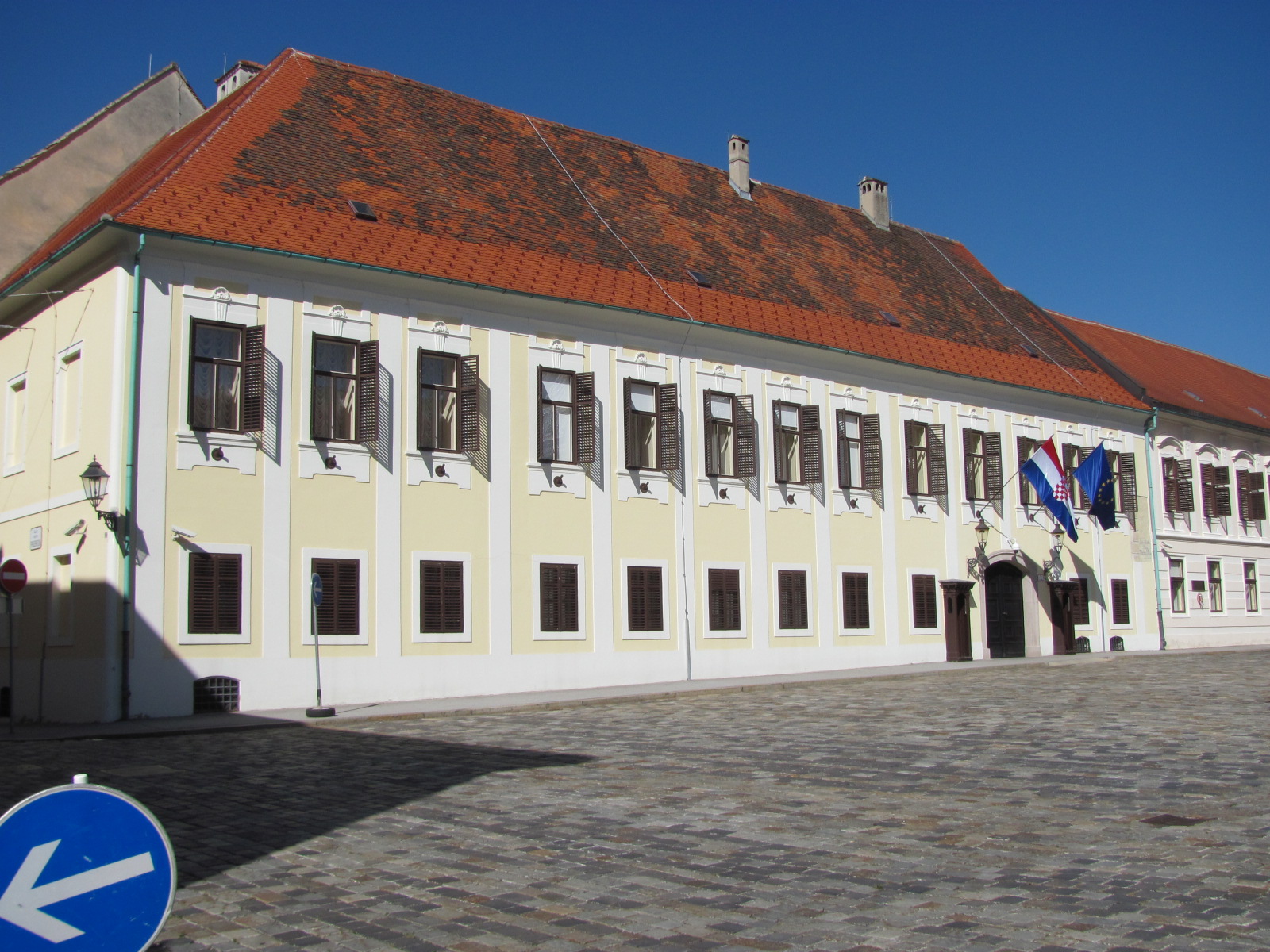 We left the Upper Town via the Stone Gate, the eastern and only remaining gate of the medieval town of Gradec. 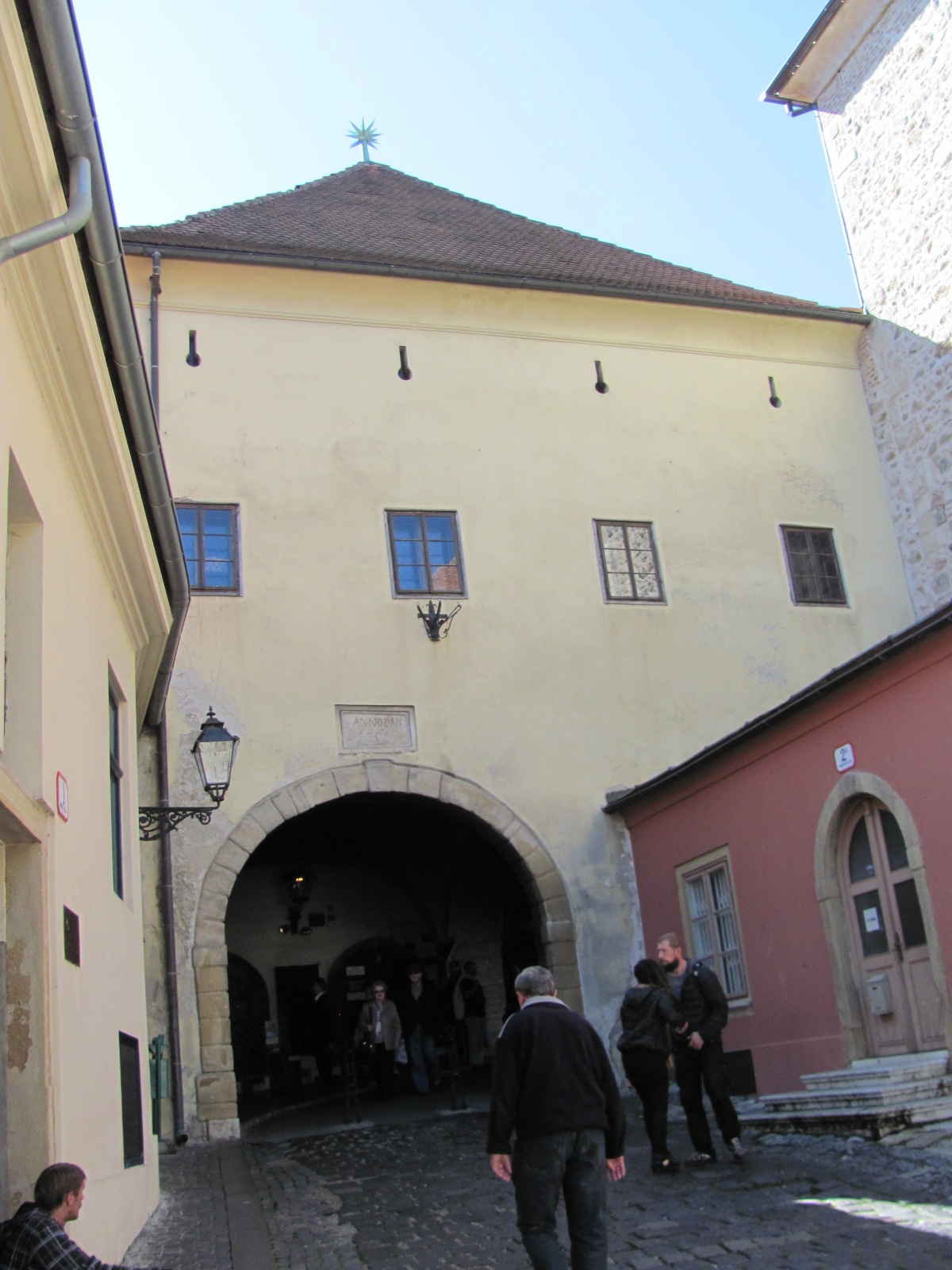 From here we walked through the fascinating Dolac Market with its many stands selling fruits and vegetables. 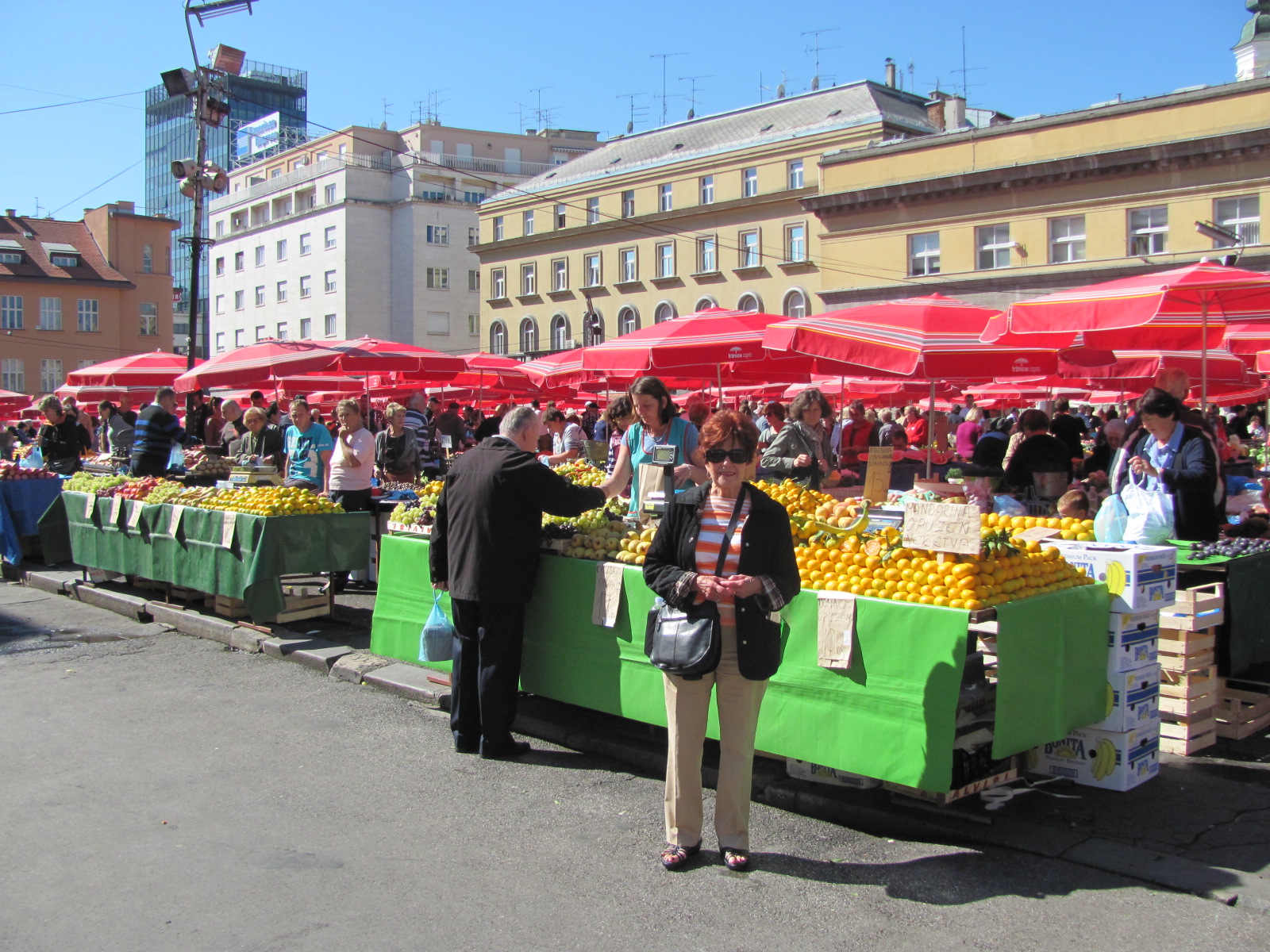 From here we could see the Church of St Mary with its distinctive tower, embellished with gold. 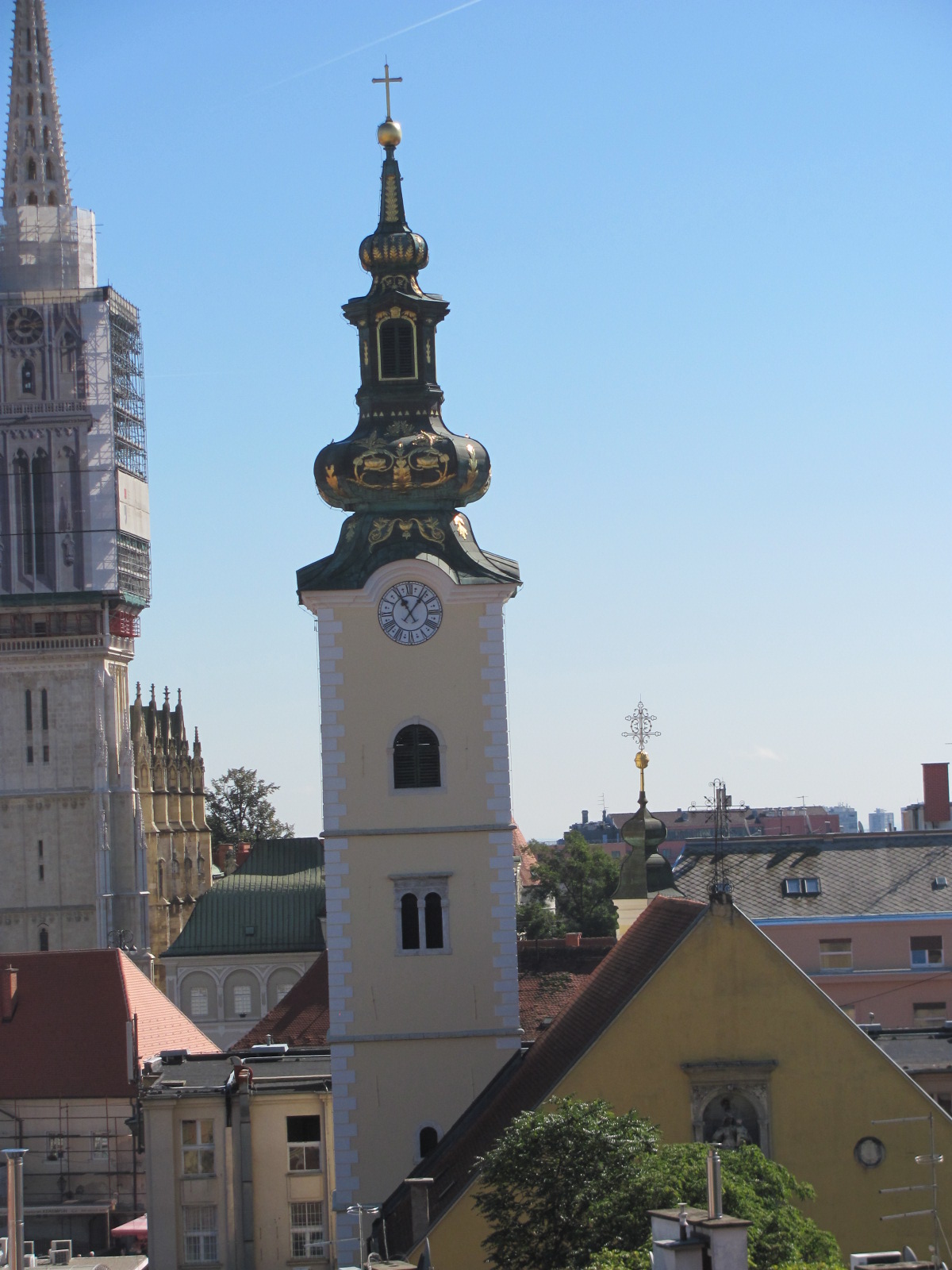 On the opposite side of the market is Zagreb’s incredibly beautiful Cathedral whose twin spires dominate the city skyline. 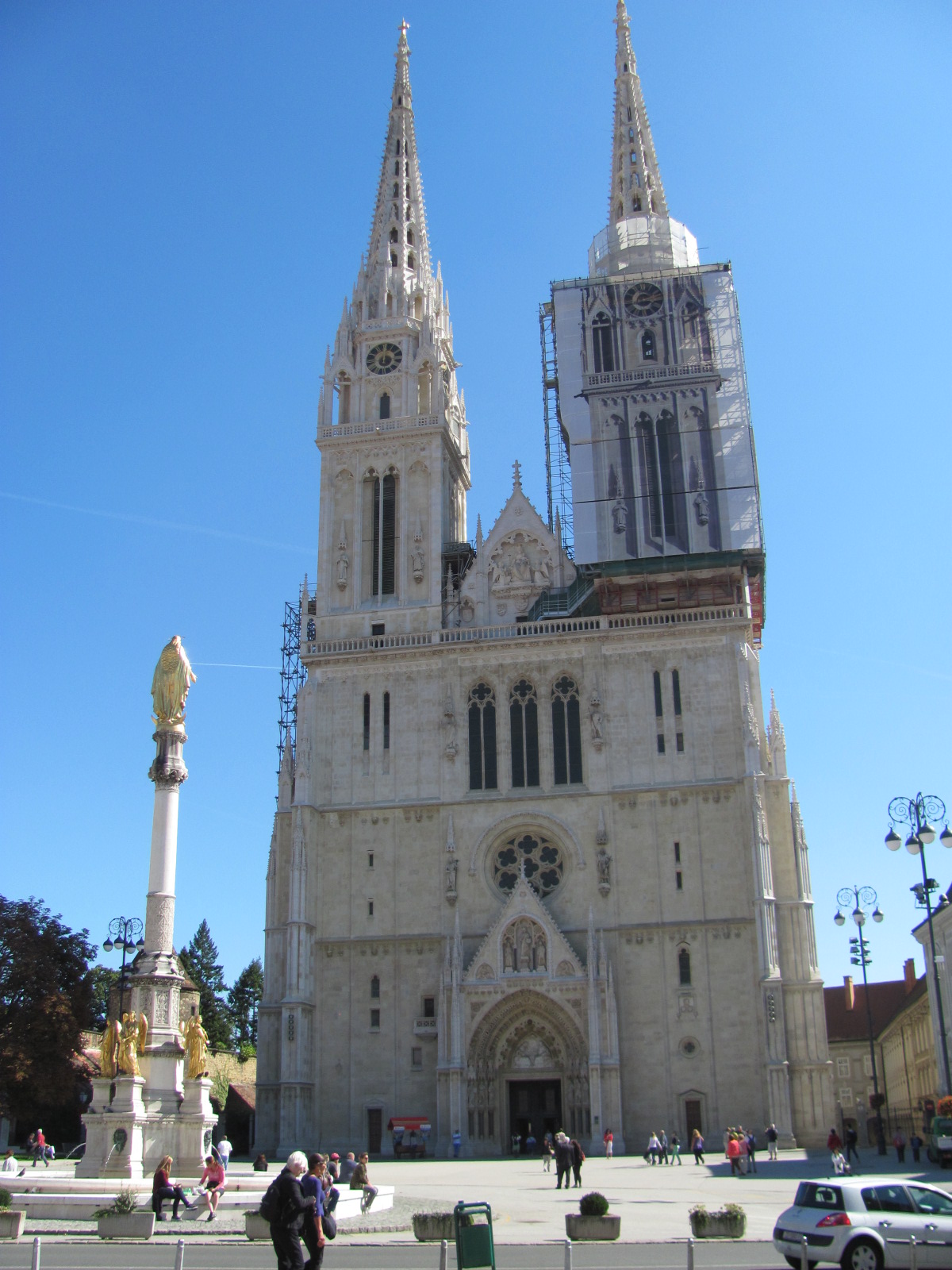 The Cathedral is surrounded on three sides by the Archbishop’s Palace, which includes fortifications built in 1469, designed to repel attacks from the Ottoman Empire. 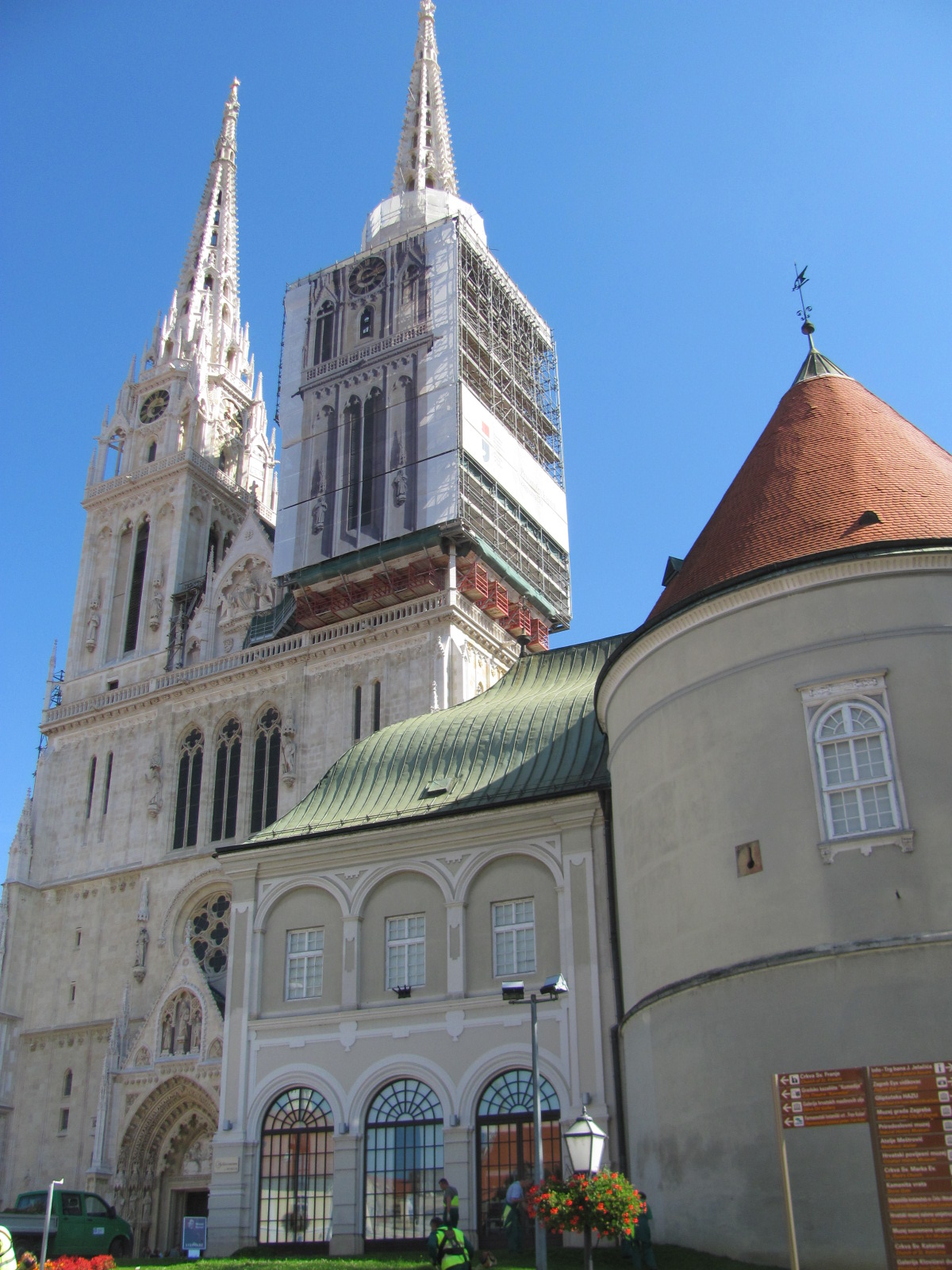 We continued to walk downhill to the Lower Town, the more modern, busy part of the city and entered the Main Square of Zagreb, Trg Bana Jelacica, dedicated to Ban Jelacic, a 19th Century viceroy who led Croatian troops against Hungary. An equestrian statue of Jelacic adorned the square from 1866 till 1947 (Marshall Tito had it removed) and then it was restored to the square in 1990 when Croatia became independent from Yugoslavia. 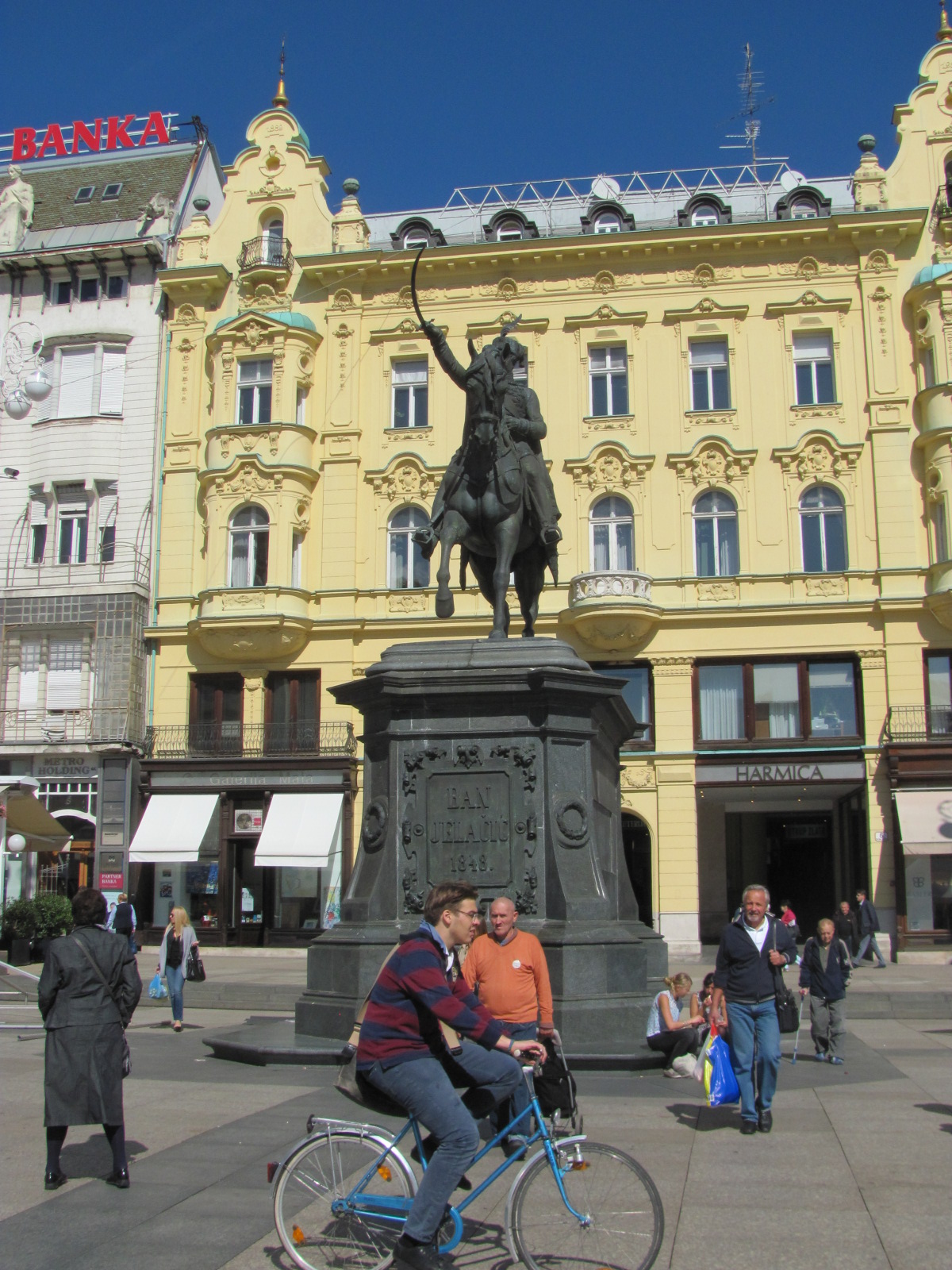 The ensemble of Baroque buildings which face the square are positively beautiful! 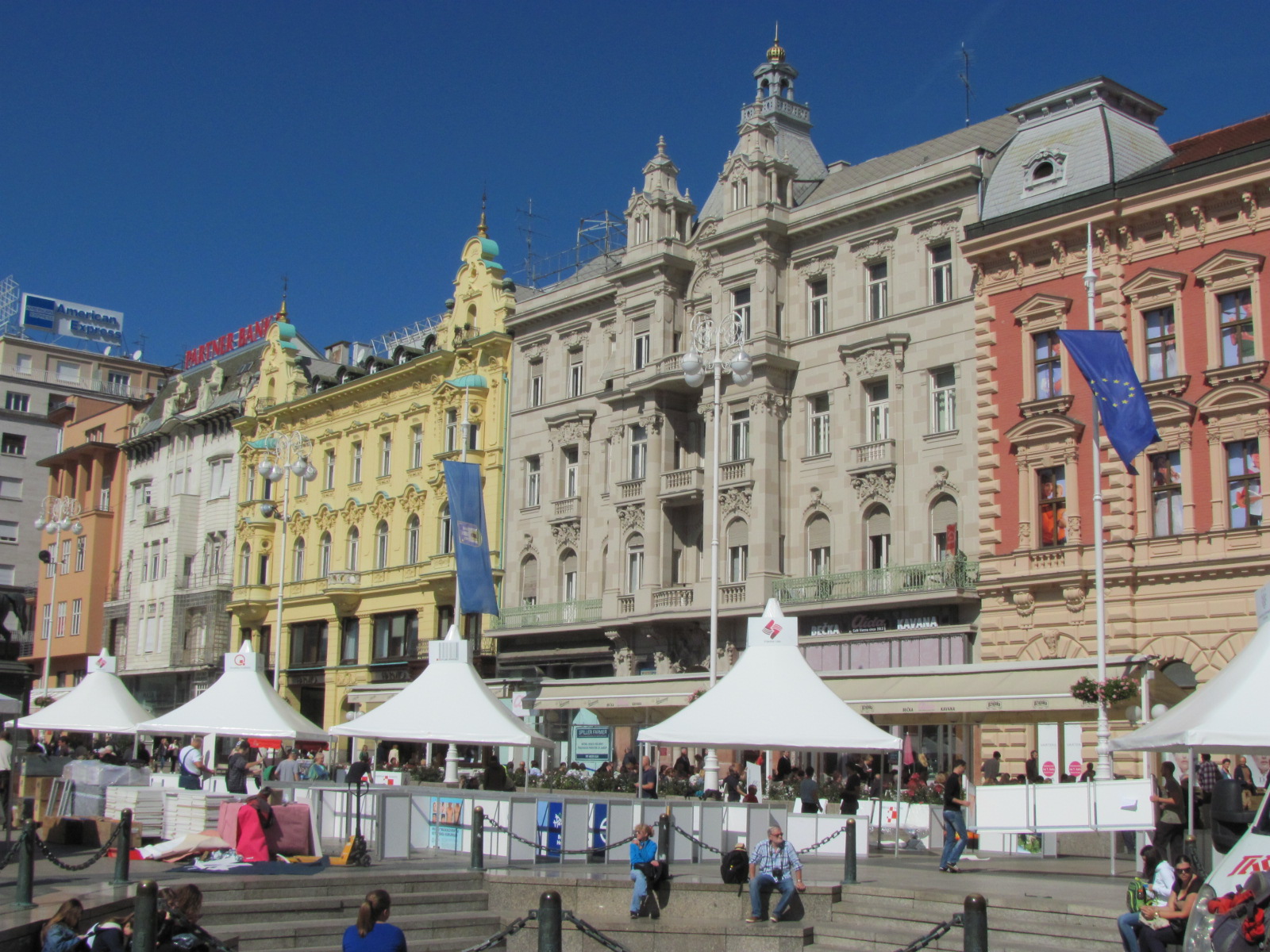 We then continued our walk by exploring some of Zagreb’s “green horseshoe,” a U-shaped series of squares with attractive plantings and walkways connecting many of the city’s museums. The Croatian National Theater crowns one of the squares. 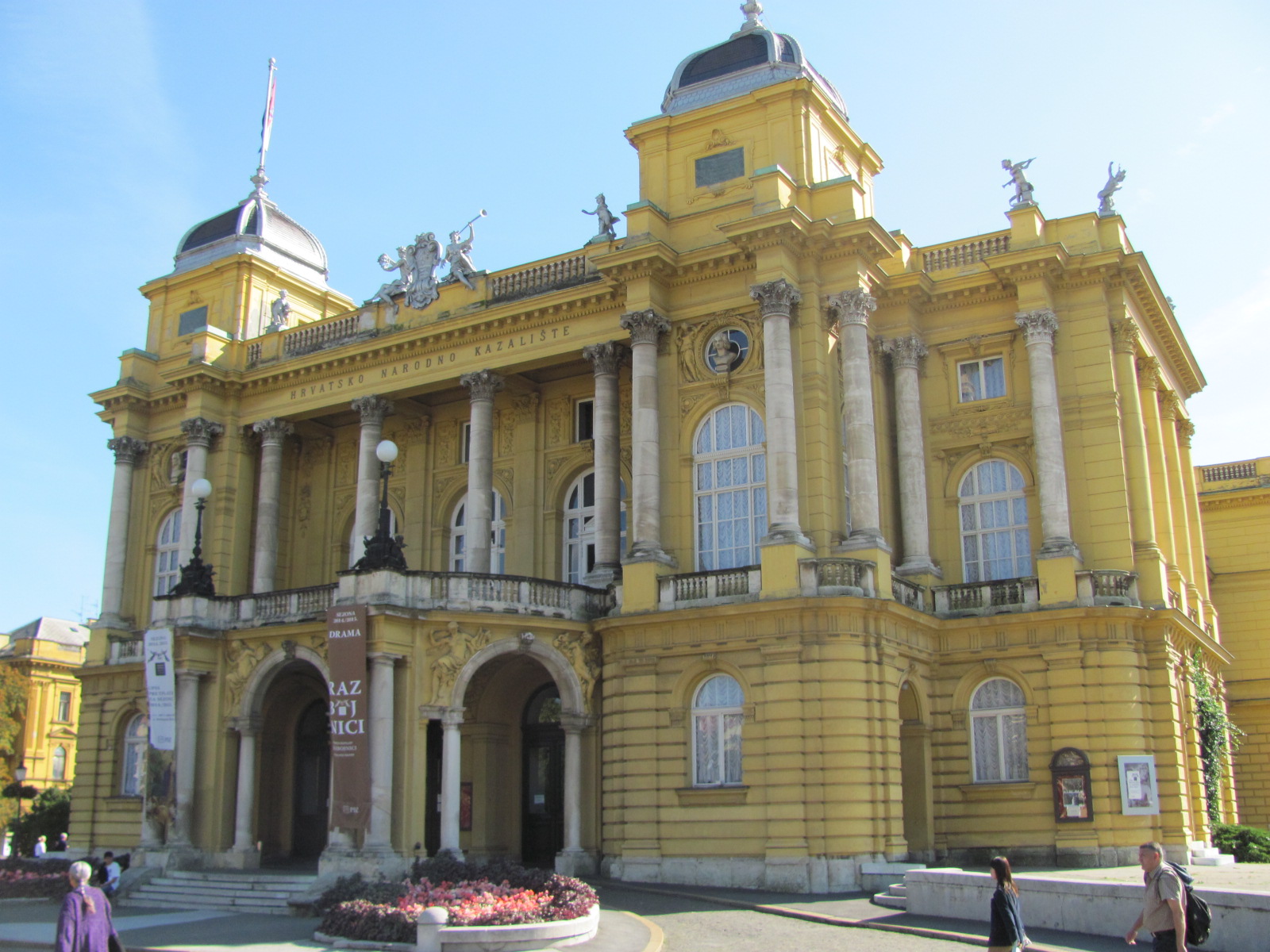 The southern part of the “horseshoe” is anchored by the Zagreb Botanical Gardens, a delightful oasis of flowers and interesting plantings, meticulously marked and interconnected by numerous paths, with benches for rest or contemplation. Lee loved the many flowers still in bloom. 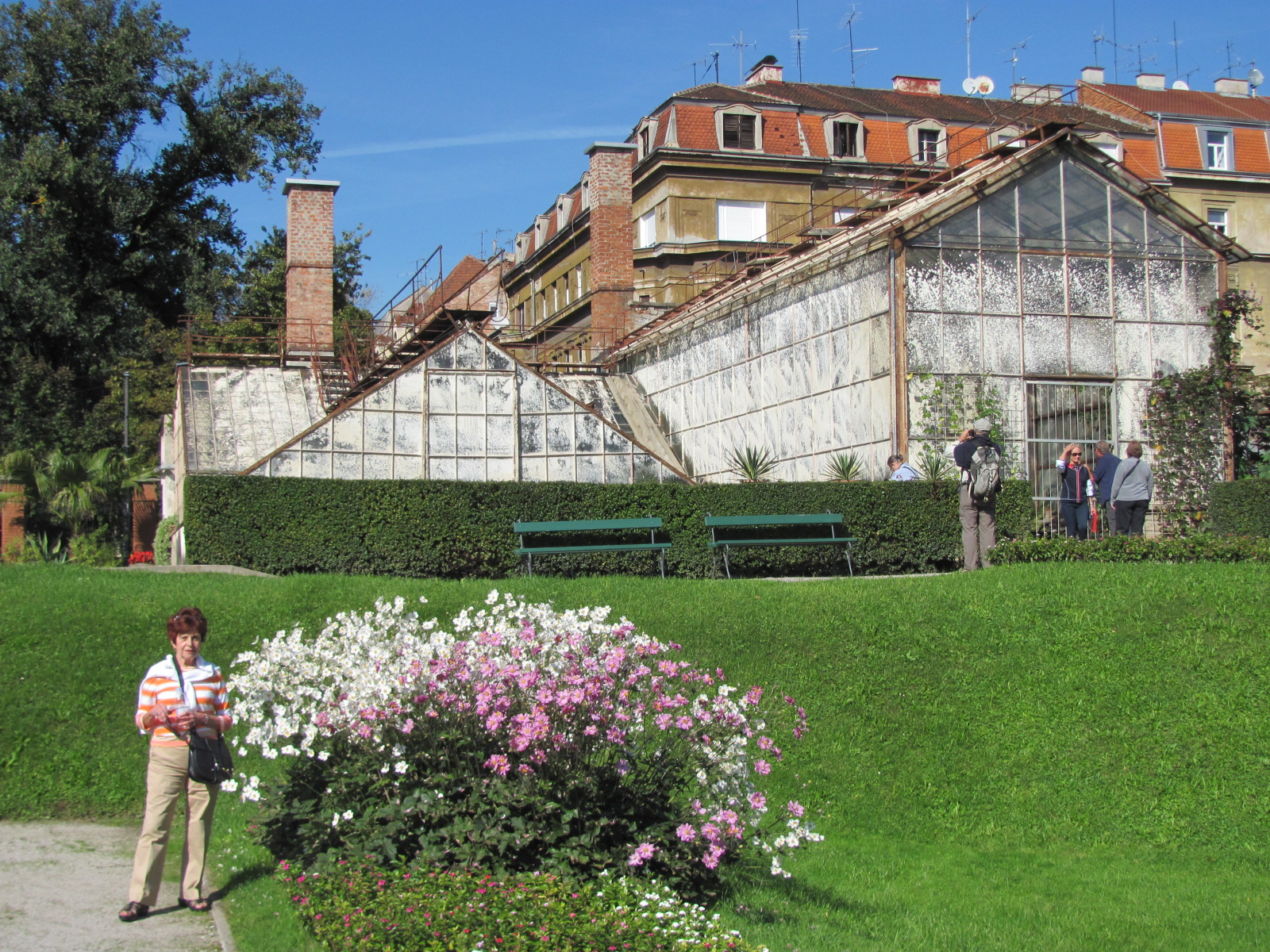 The water lilies were also a favorite. 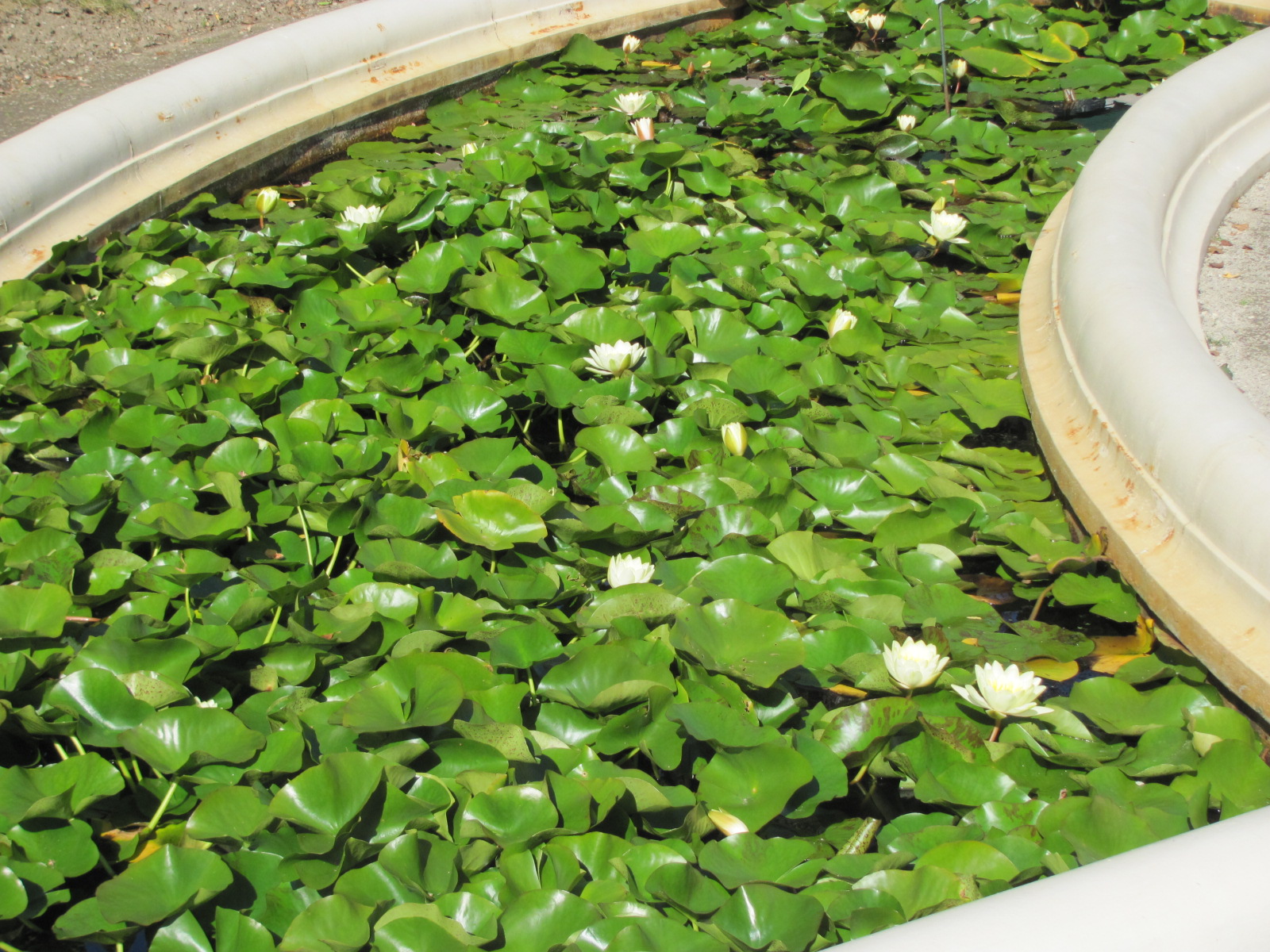