On day 2 of our trip we left our hotel for a 40-mile excursion to La Spezia which served as our entry point for a day-long visit to the Cinque Terre, the “five lands” along the Ligurian Coast, otherwise known as the Italian Riviera. We took a train to the farthest town (the most northerly of the five), a village called Monterosso al Mare (literal translation is ‘red mountain by the sea’). Monterosso is the only one of the Cinque Terre with a true beach, so this village is very popular, especially with young people and with beach-lovers. 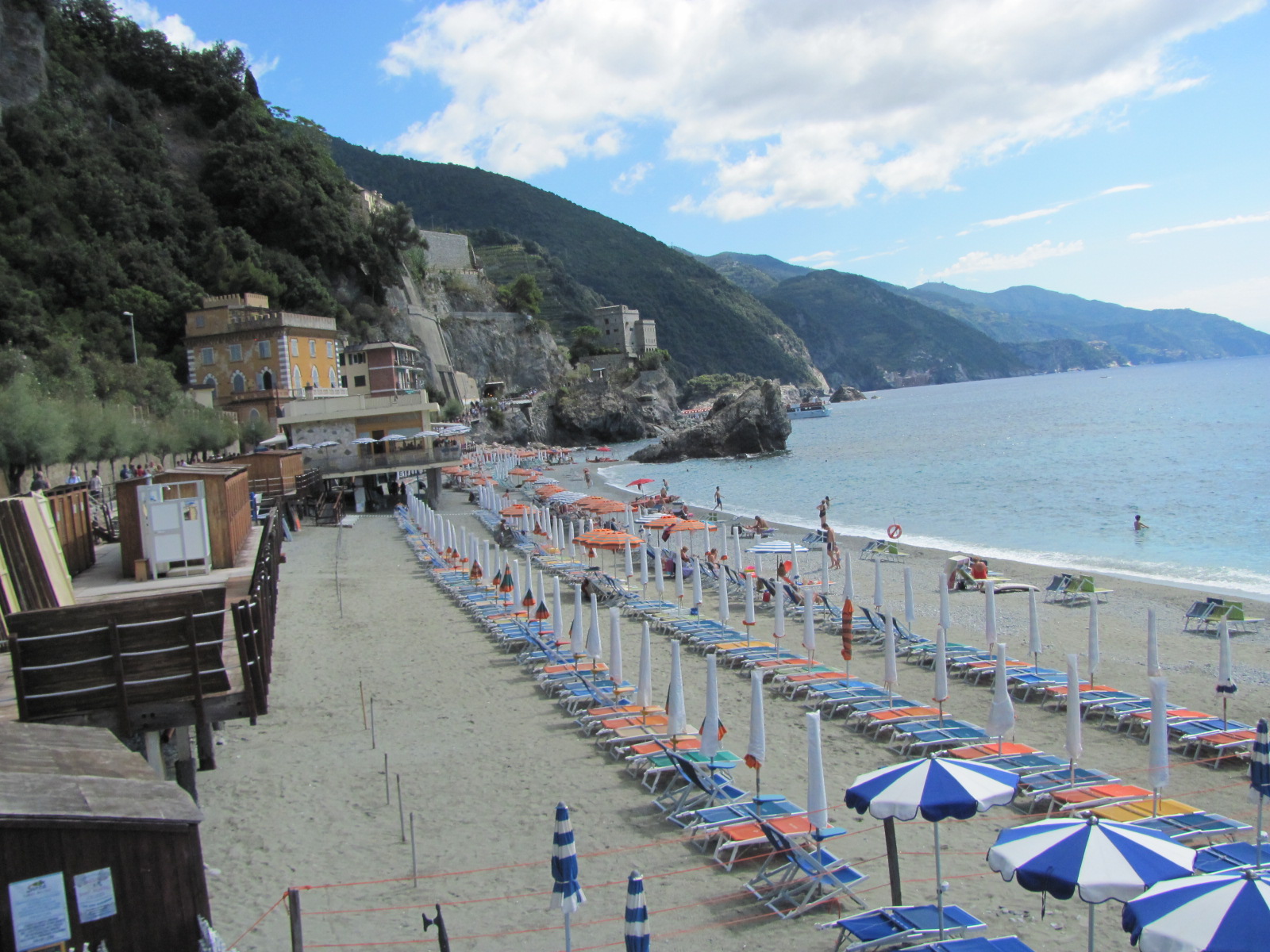 We also strolled around the village itself which was mobbed with tourists like us. We even stopped at the lovely cathedral, which made Lee happy. 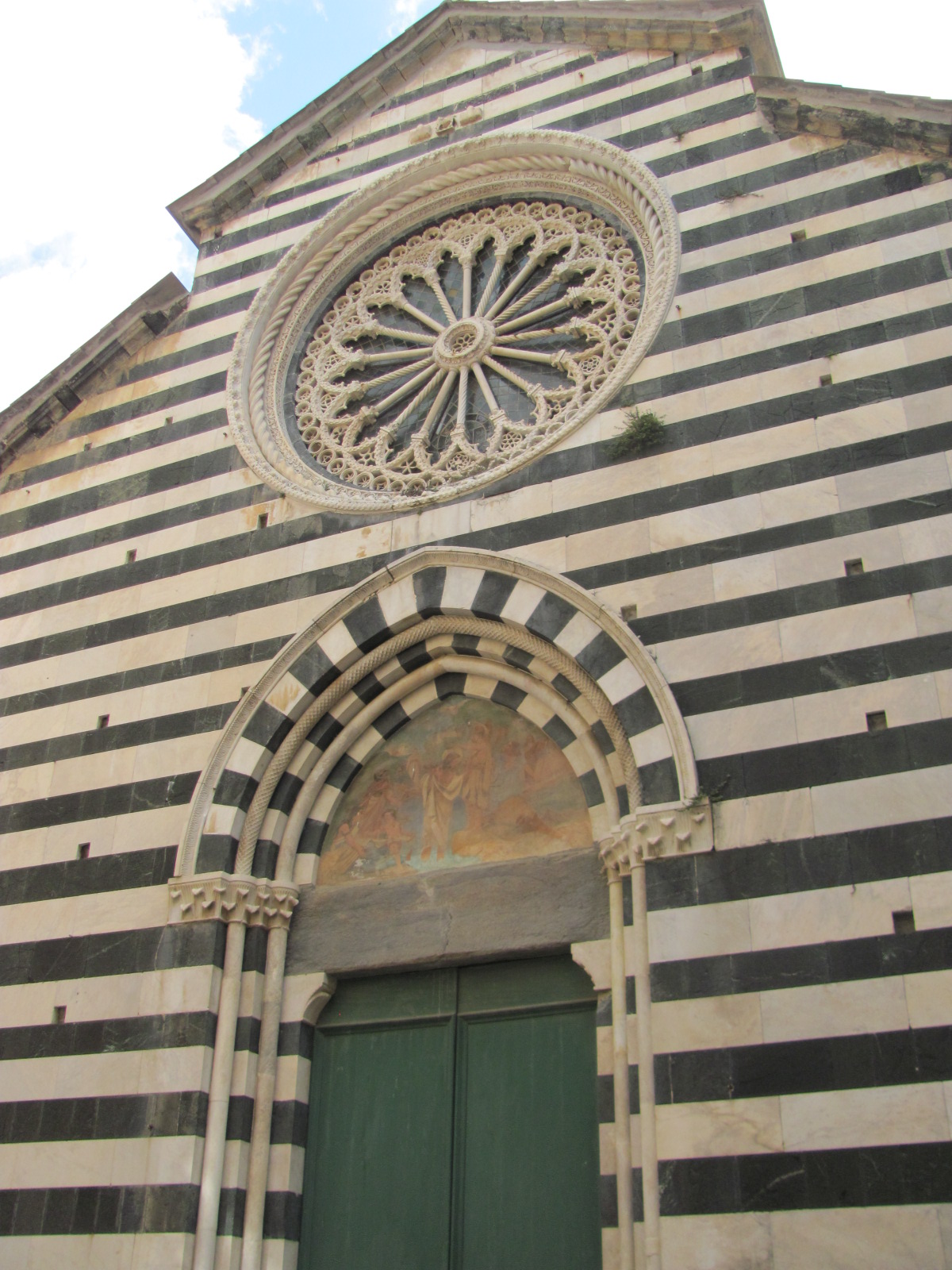 The next village to the south is Vernazza, one of the most picturesque of the five. It has a lovely harbor and a popular square at the water, surrounded by restaurants. 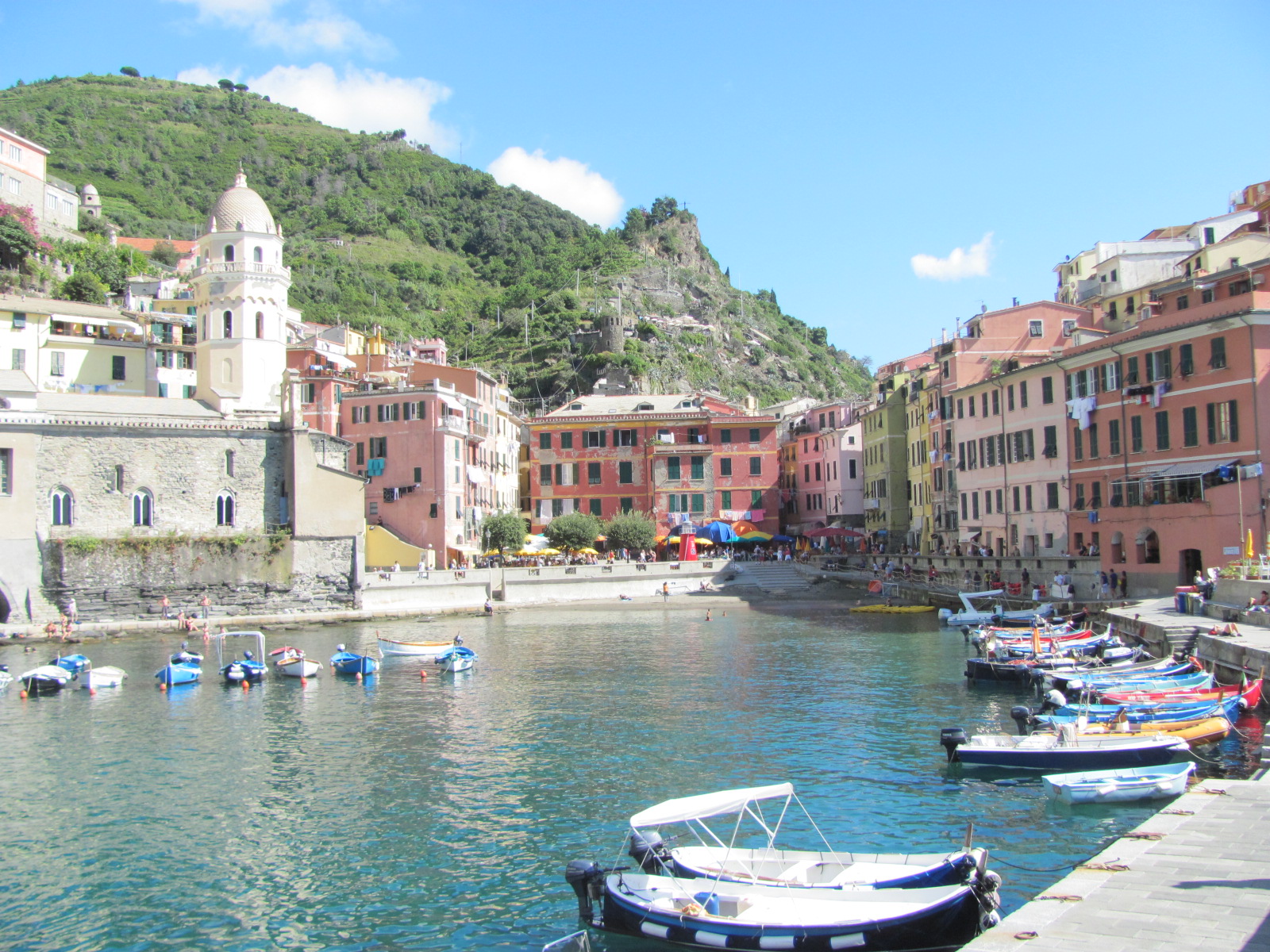 We ate here at Ristorante Gambera. Lee had the Spaghetti with Anchovies (a local specialty) while I had the more traditional Spaghetti Bolognese. Both were very good. We also had some of the local white wine which was crisp and flavorful.

Corniglia is the next village; it is the only one of the five which does not have an access to the sea. It is perched high on a mountain. We decided to forego the long and strenuous climb to the village and made our way to Manarola, perhaps the most photogenic of the group. 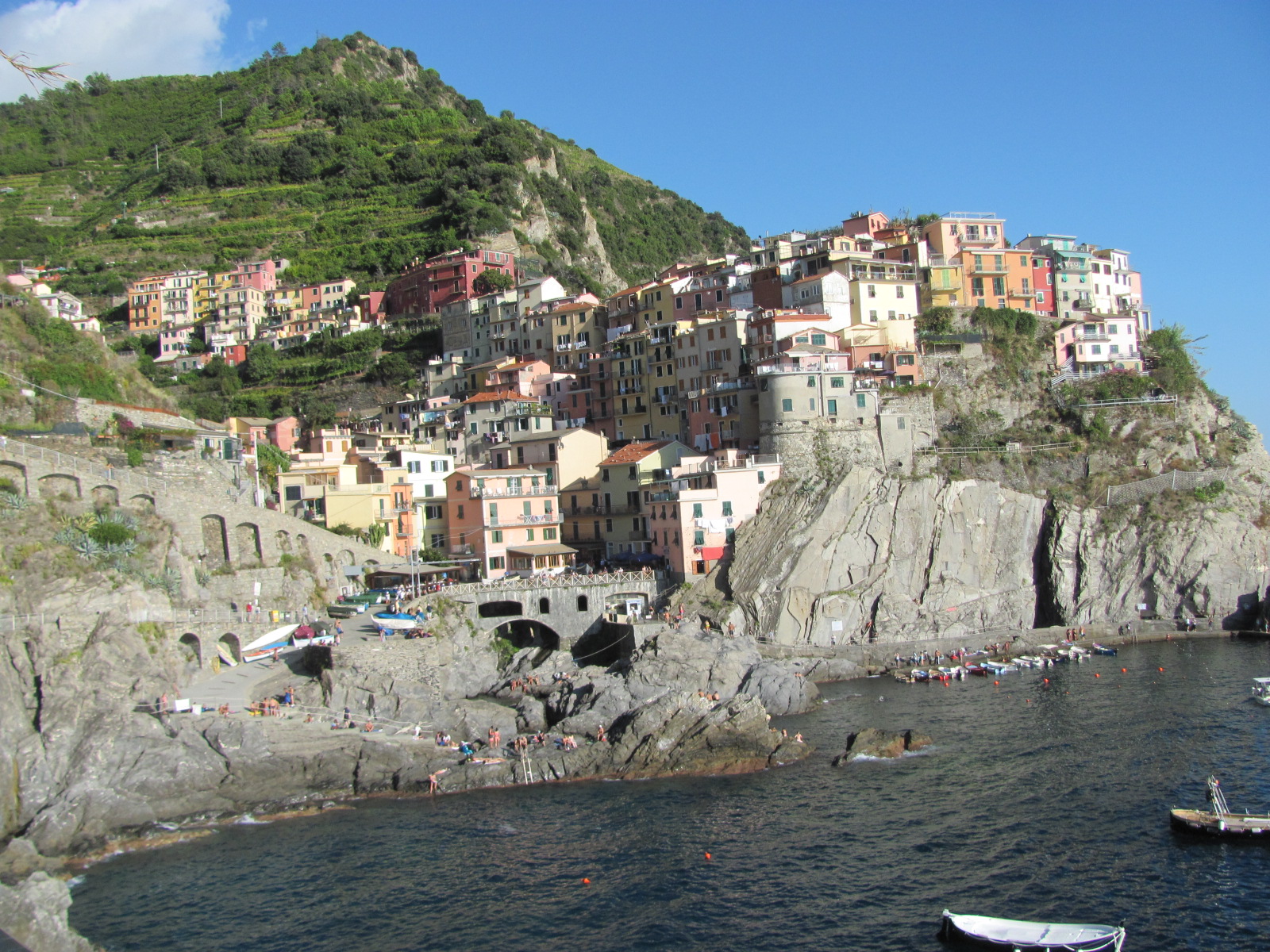 The last (most southerly) of the five villages is Riomaggiore which seems even more vertical than other ones we stopped at. 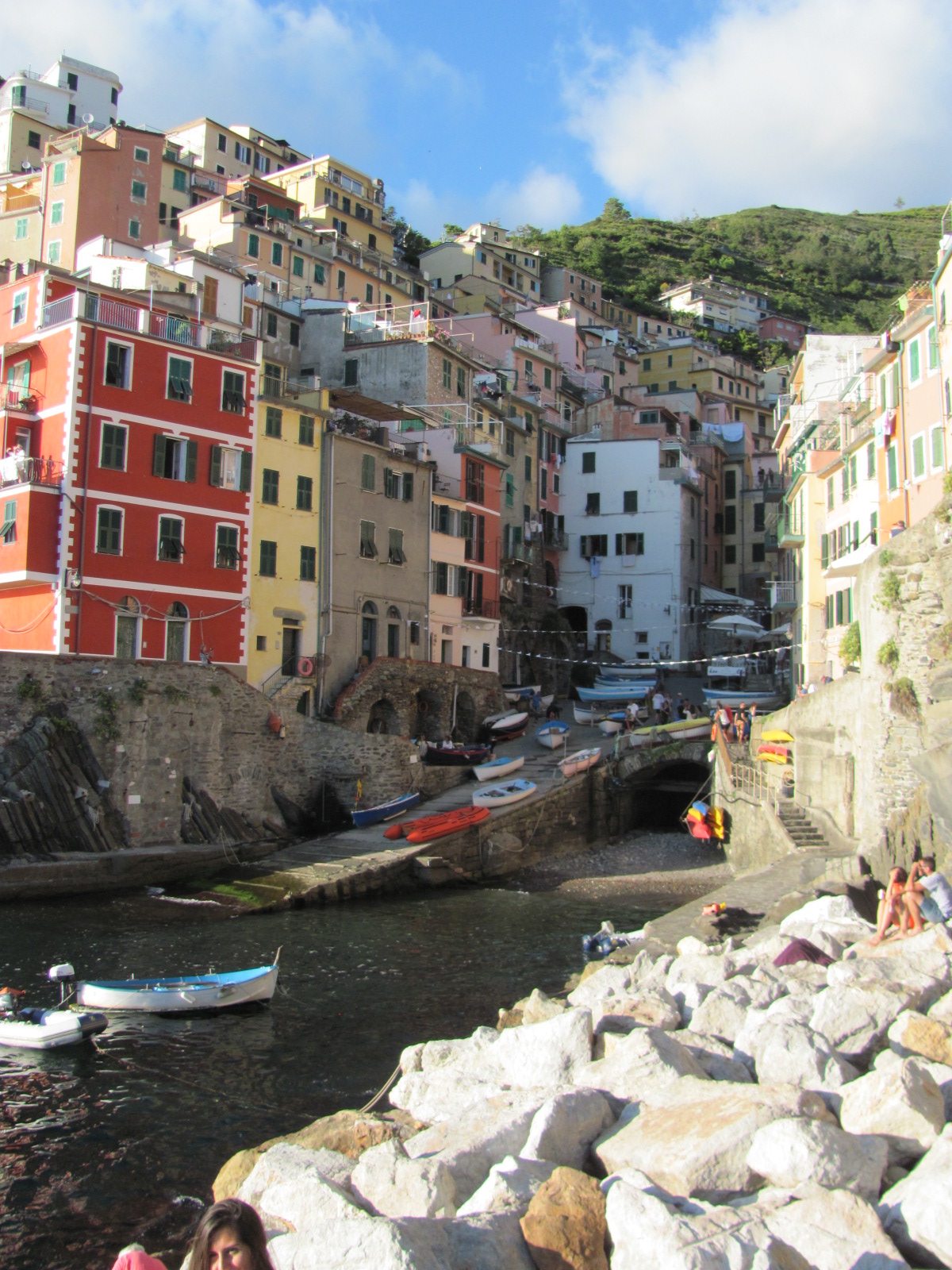 The Cinque Terre is somewhat of a time capsule, a glimpse of the old Italy, before the country’s modernization. Life is simple in these towns; fishing is still a major occupation, although tourism is threatening to spoil these pristine communities. We thoroughly enjoyed our day in Cinque Terre. It is a special place and we are glad that Italy has had the foresight to designate the entire area a national park. UNESCO has also deemed the region a World Heritage Site. Hopefully these facts will influence the hordes of tourists that descend on this area each year to treat the area with the reverence it deserves.