For a slight change of pace from our lakes’ sojourns, we headed east to the enchanting city of Bergamo, only about 20 miles from Milan. The major attraction here is the walled, medieval Upper City (Citta Alta),  which sits above Bergamo Basso (the lower city). We found convenient parking within the city walls and wandered the cobblestone streets for approximately two (2) hours. All activity here centers around the main square, Piazza Vecchia, which, fortunately for us, has been landscaped with live plants as part of a conference. 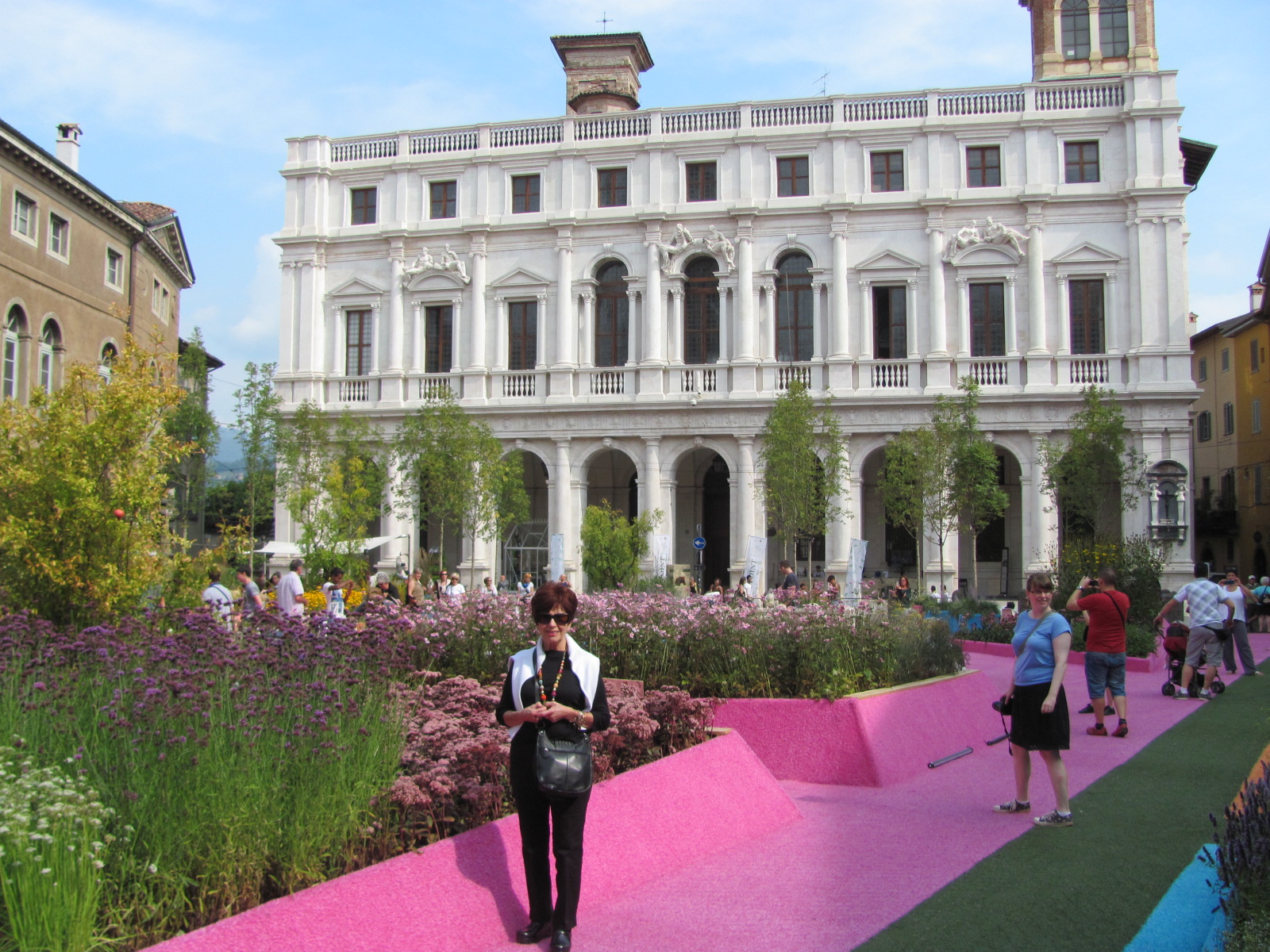 Lee in the Piazza Vecchia

The effect is startling and then pleasant as the plantings enhance the elegant square (Lee thought the different colored astroturf was over-the-top). 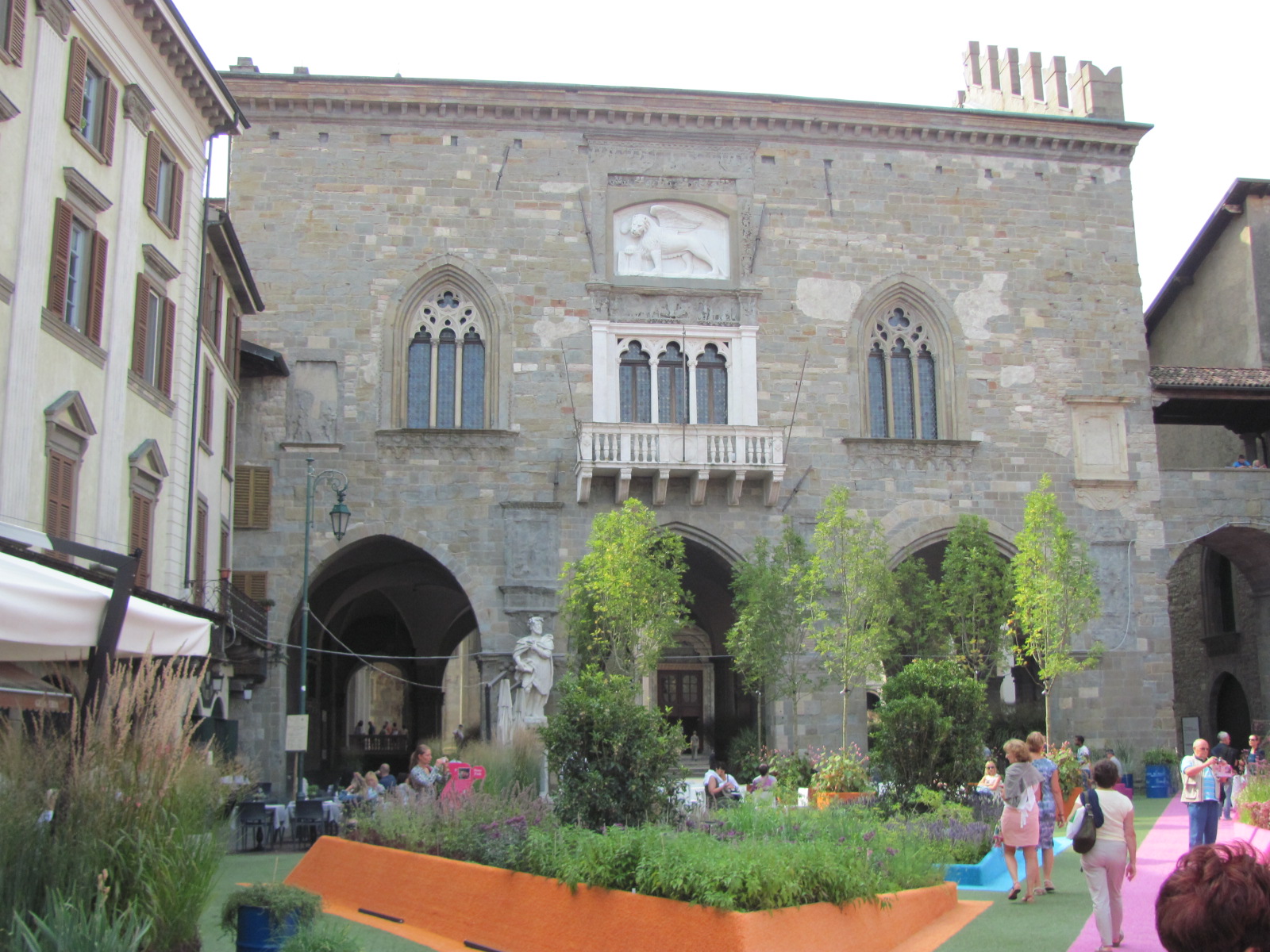 In the center of the square is a fountain with lions (reminiscent of the Patio of the Lions in the Alhambra). 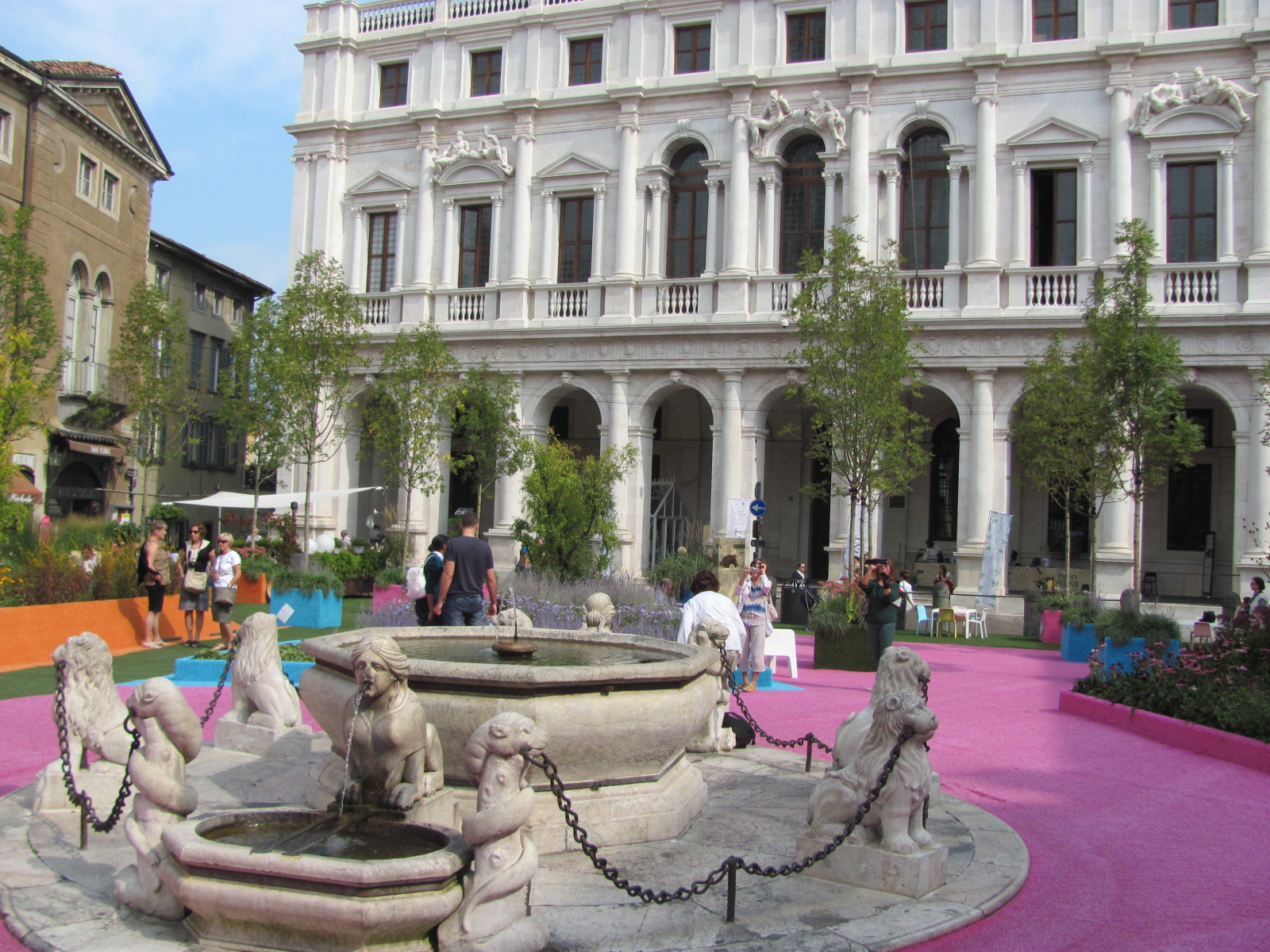 Fountain of the Lions

The overall ensemble is beautiful and we enjoyed a coffee and a beer on the square.

At one end of the square is the signature sight of Bergamo Alta, its gorgeous Basilica. 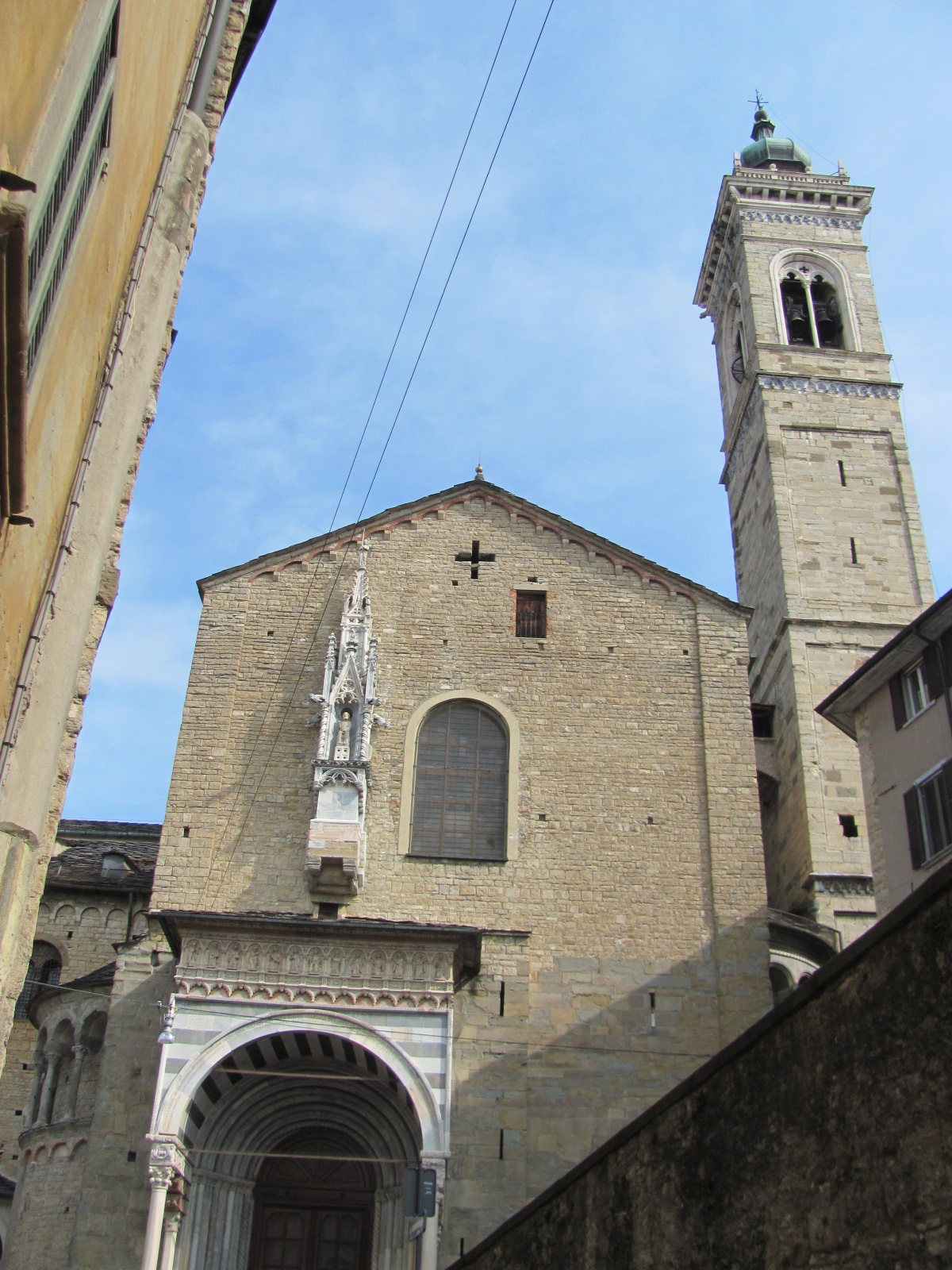 Not incredibly impressive from the outside, the interior is magnificent. The ceilings are a kaleidoscope of frescoes and bas relief, so detailed and exquisite that you eventually have to look down because your neck is hurting from looking up. 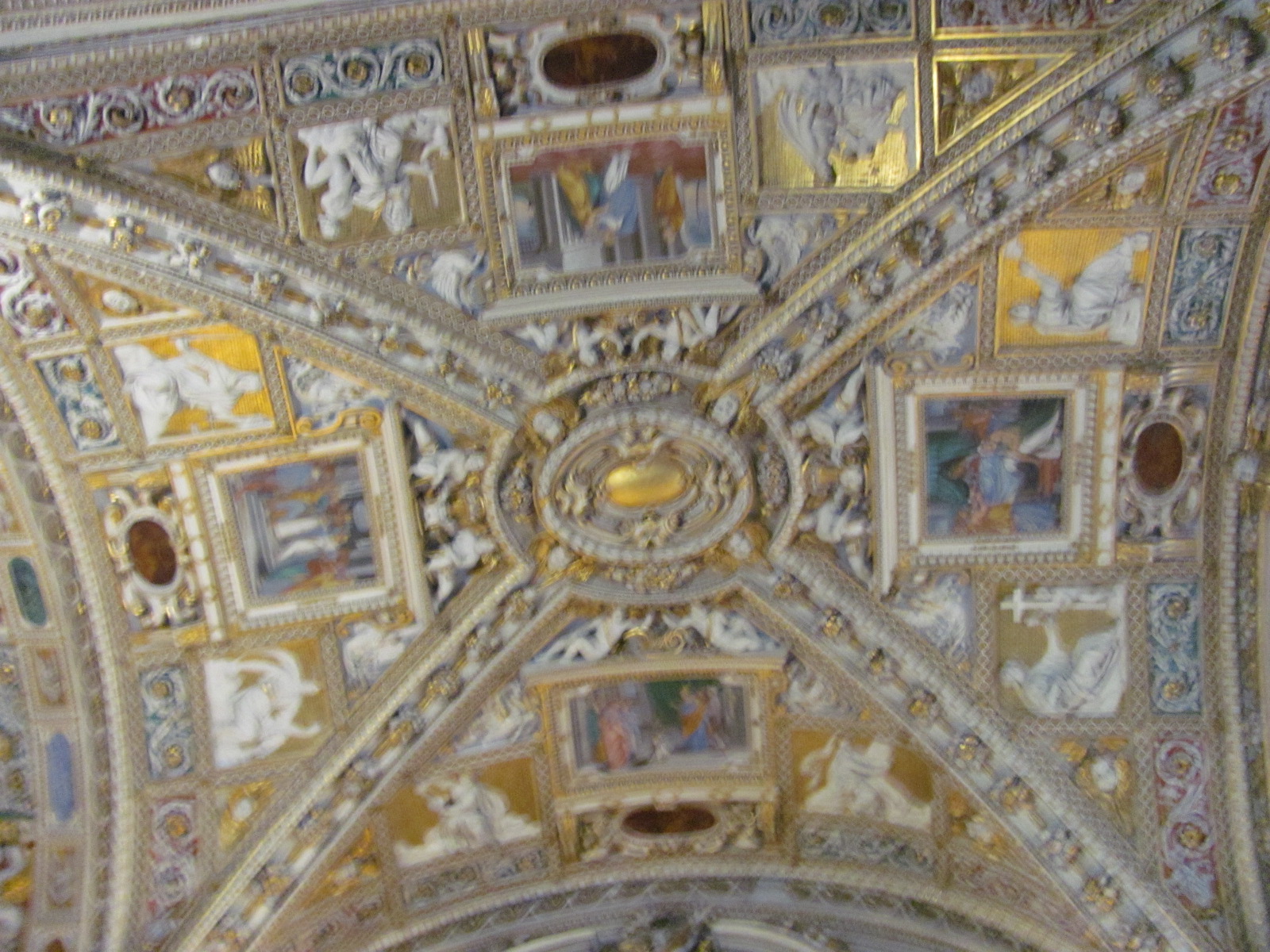 Even the confessional is one-of-a-kind. 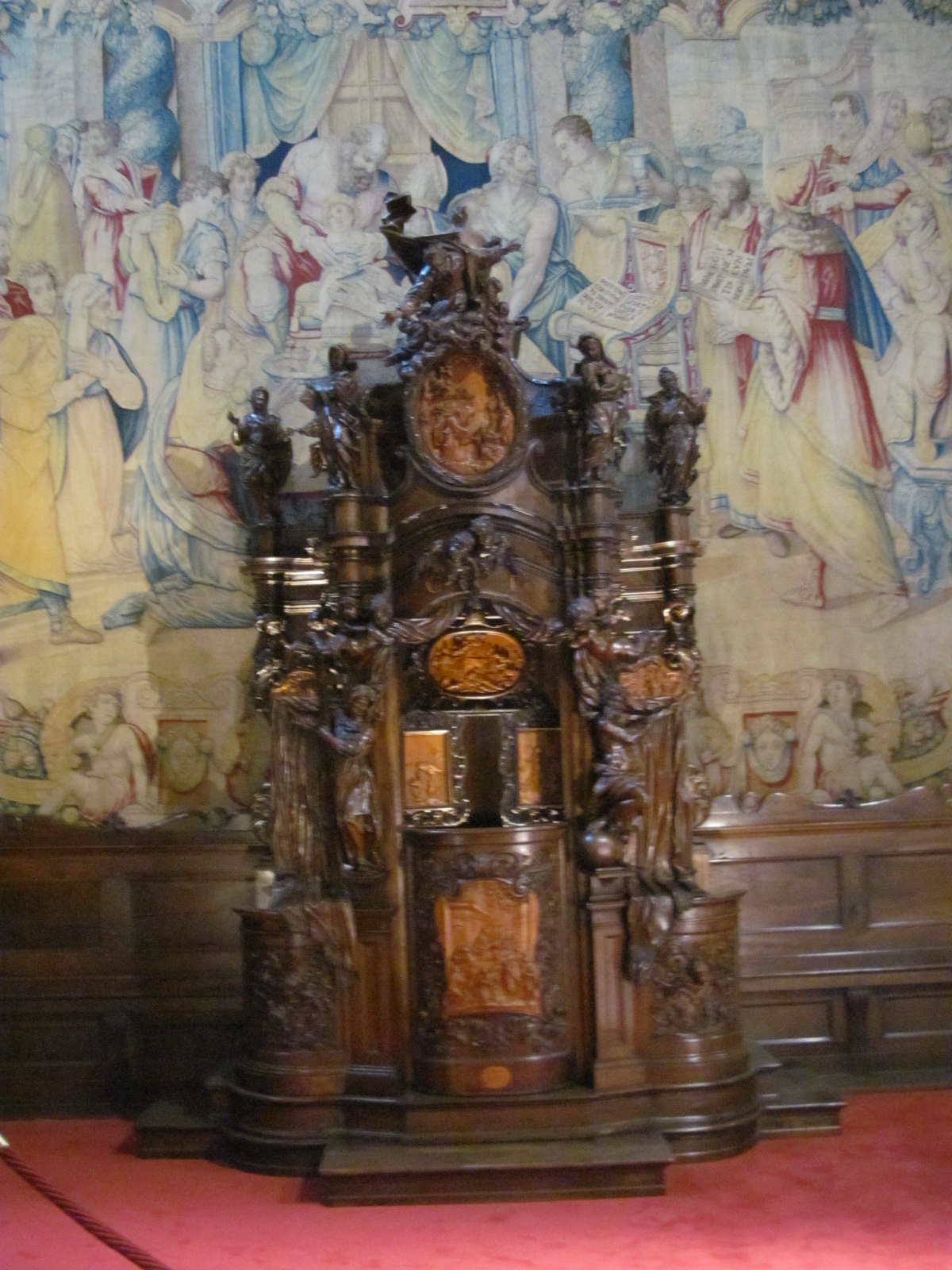 If that isn’t impressive enough, the chapel next door (Cappella Colleoni) is just as intricate and beautiful (no pictures inside). 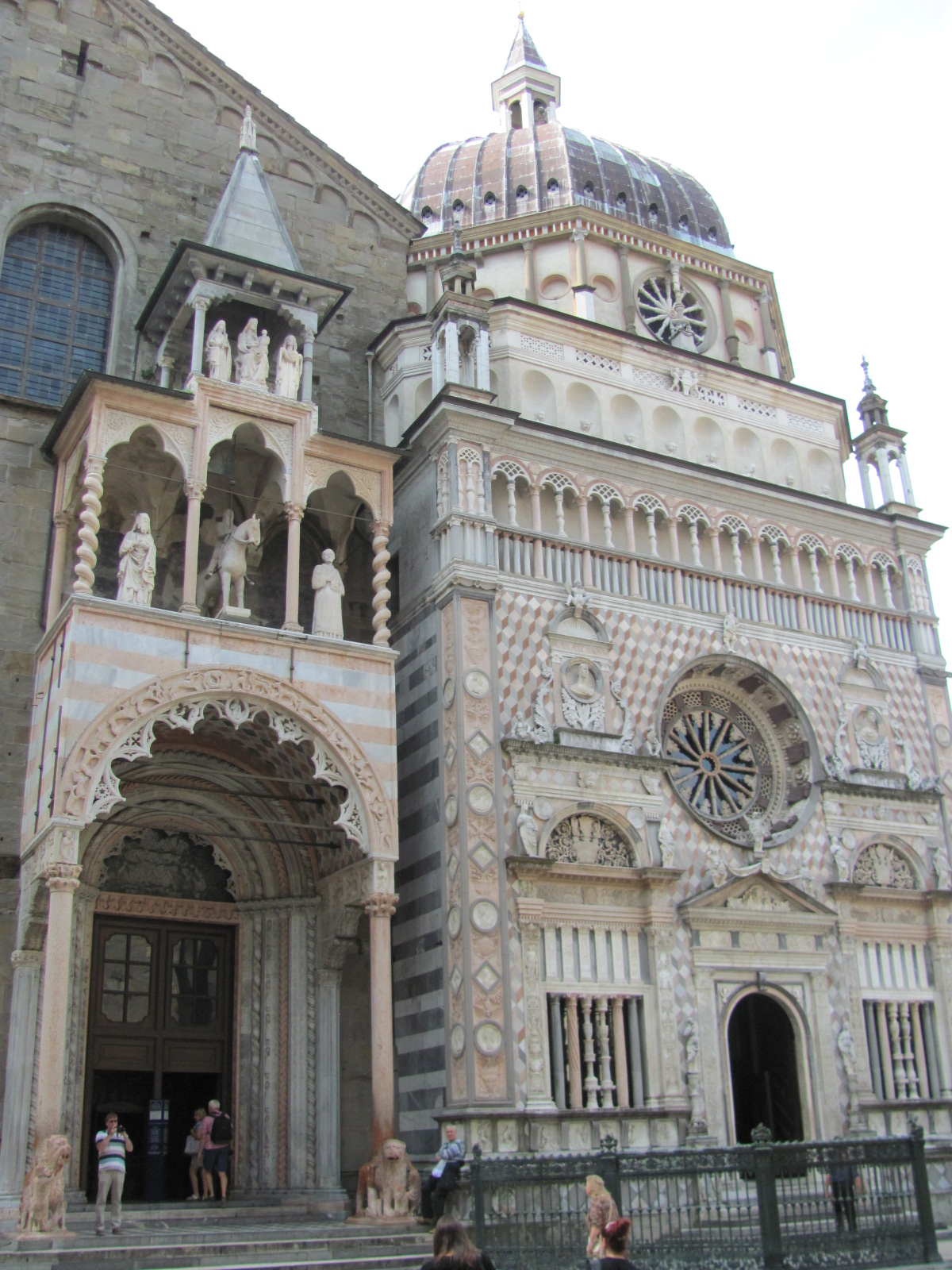 Also in the same square is the octagonal Baptistry. Completing this religious grouping is the old cathedral, now a museum. 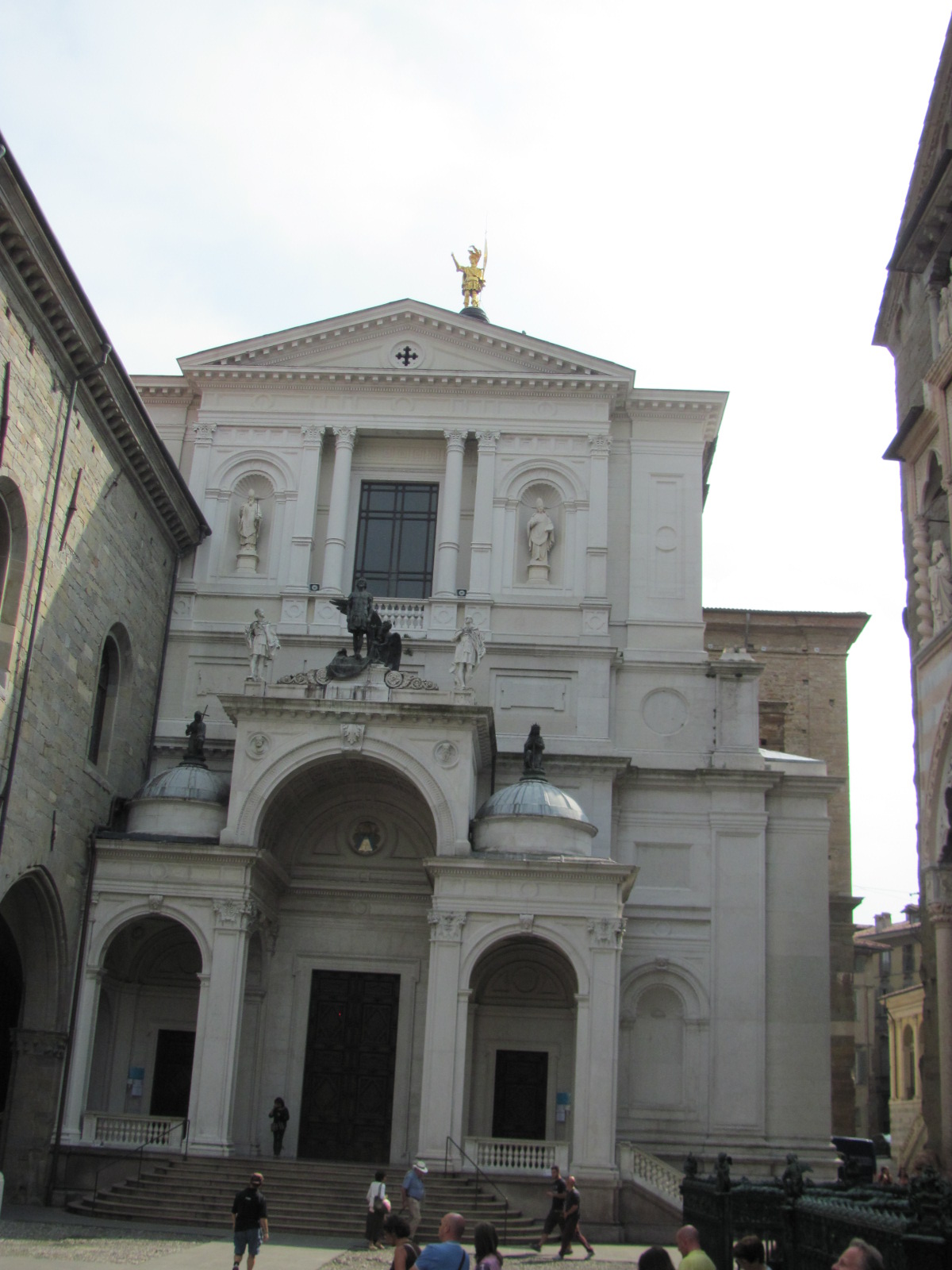 Other sights we stopped at included the Rocca/Castello (Castle), at the highest point of the upper town, 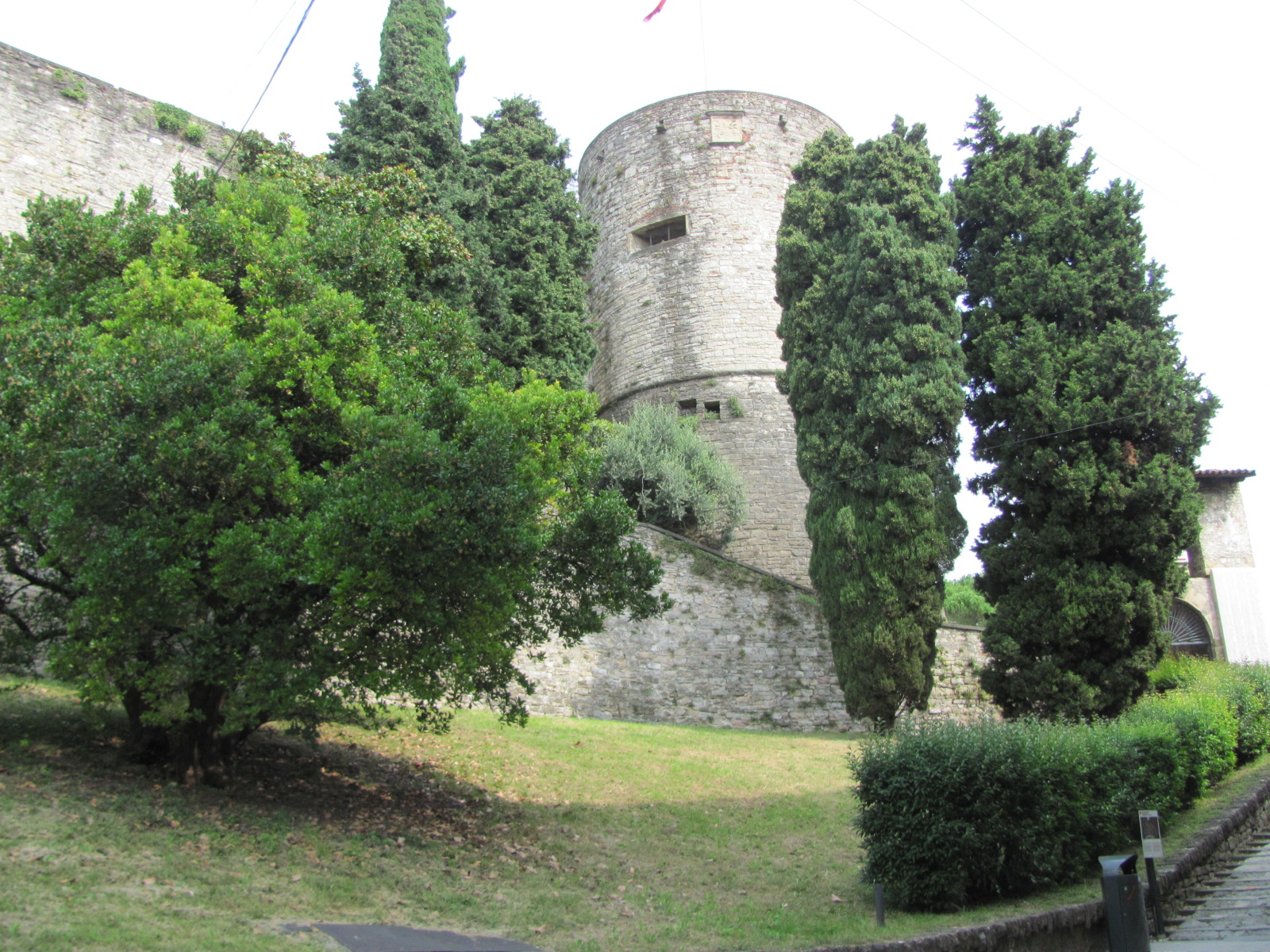 and several towers that preside over the city. 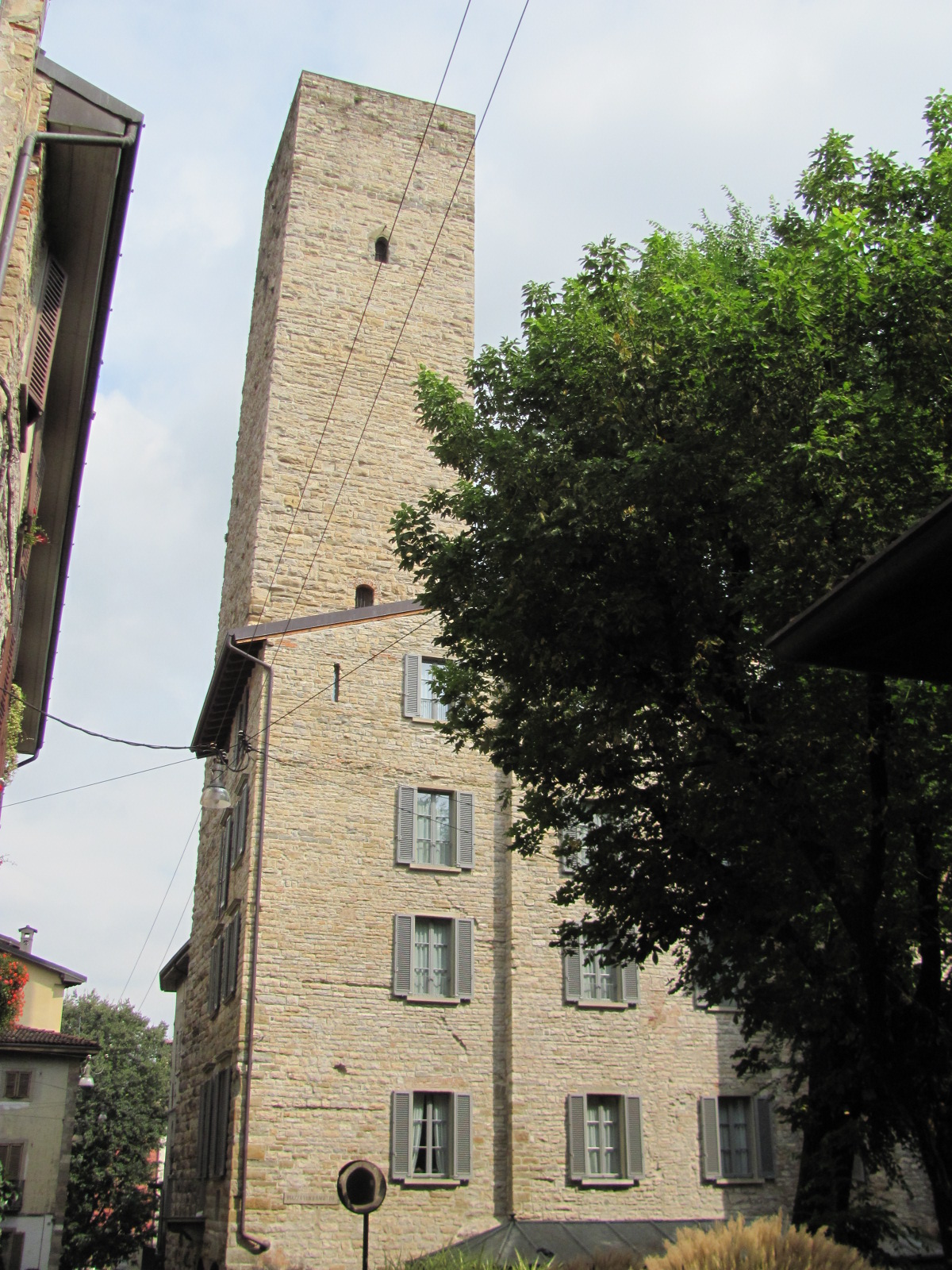 After saying goodbye to Bergamo we returned to Milan and took the Metro into the city center. Most memorable was our return to the Duomo, Milan’s huge and magnificent Cathedral, one of the largest Gothic cathedrals in the world. With over 1200 statues on its exterior, topped by the golden Madonnina, it is one of the most beautiful buildings in Europe. 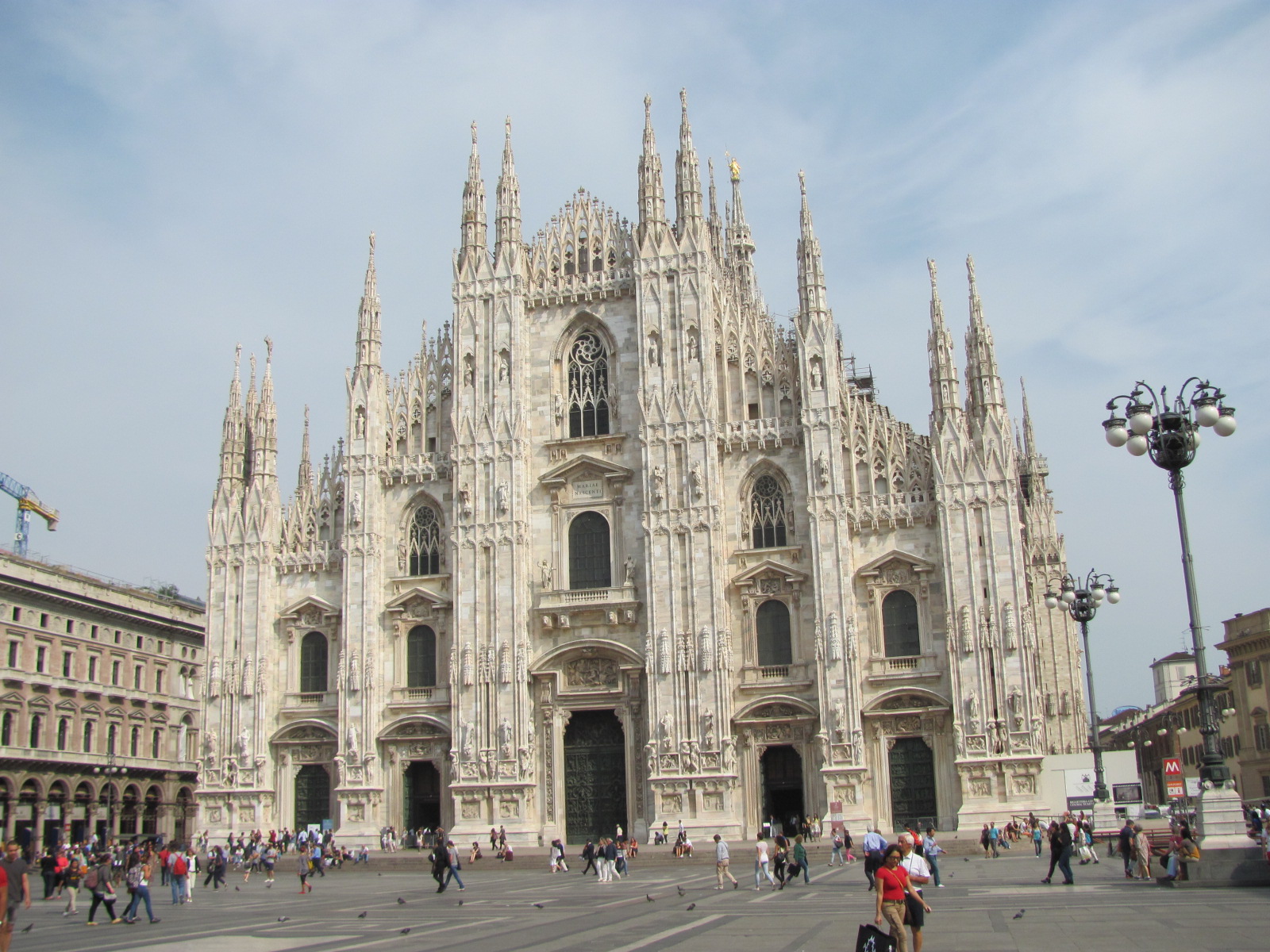 Its facade is incredibly striking. 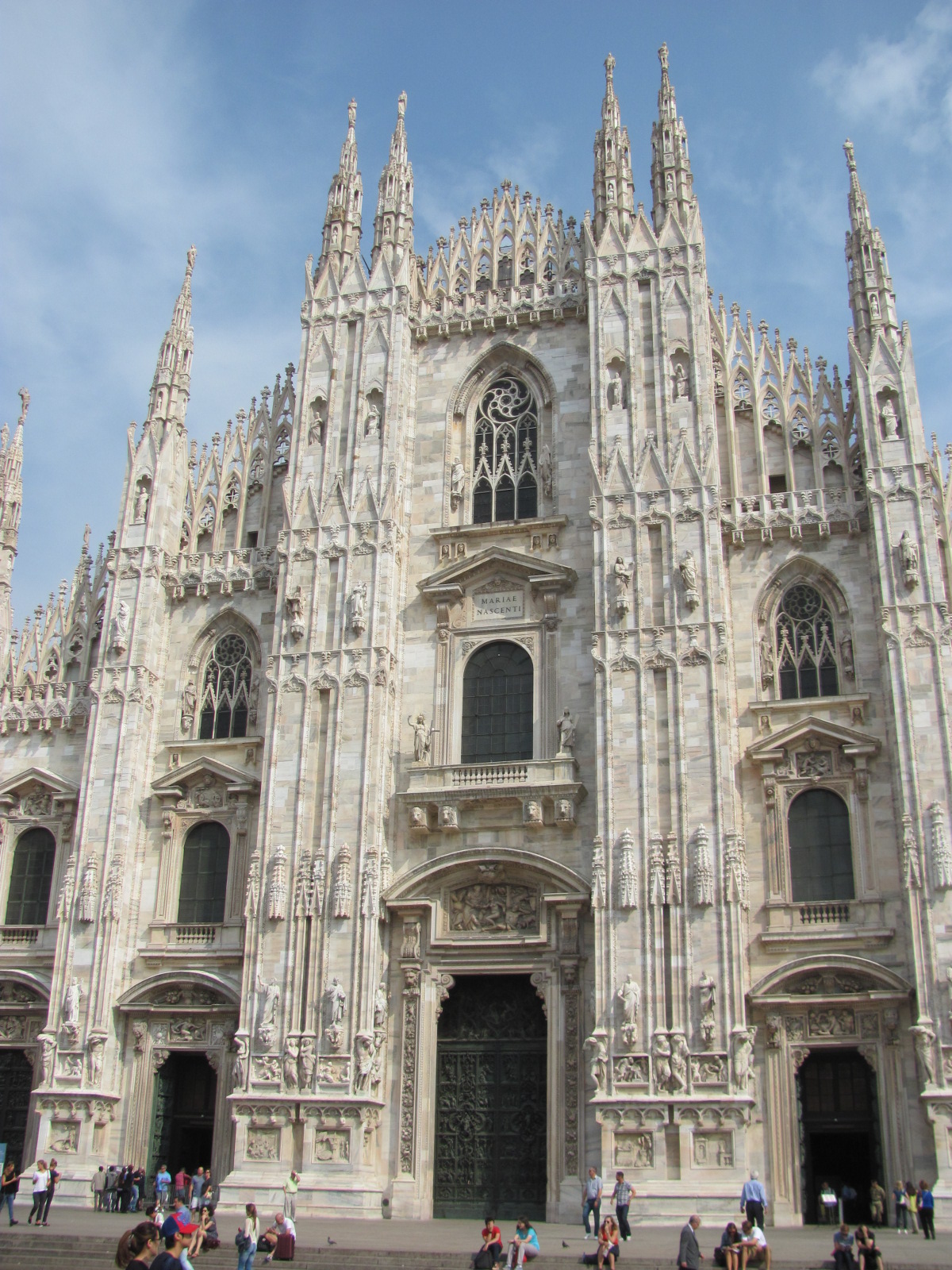 We then strolled through the Galleria Vittorio Emanuele, one of the world’s oldest malls. 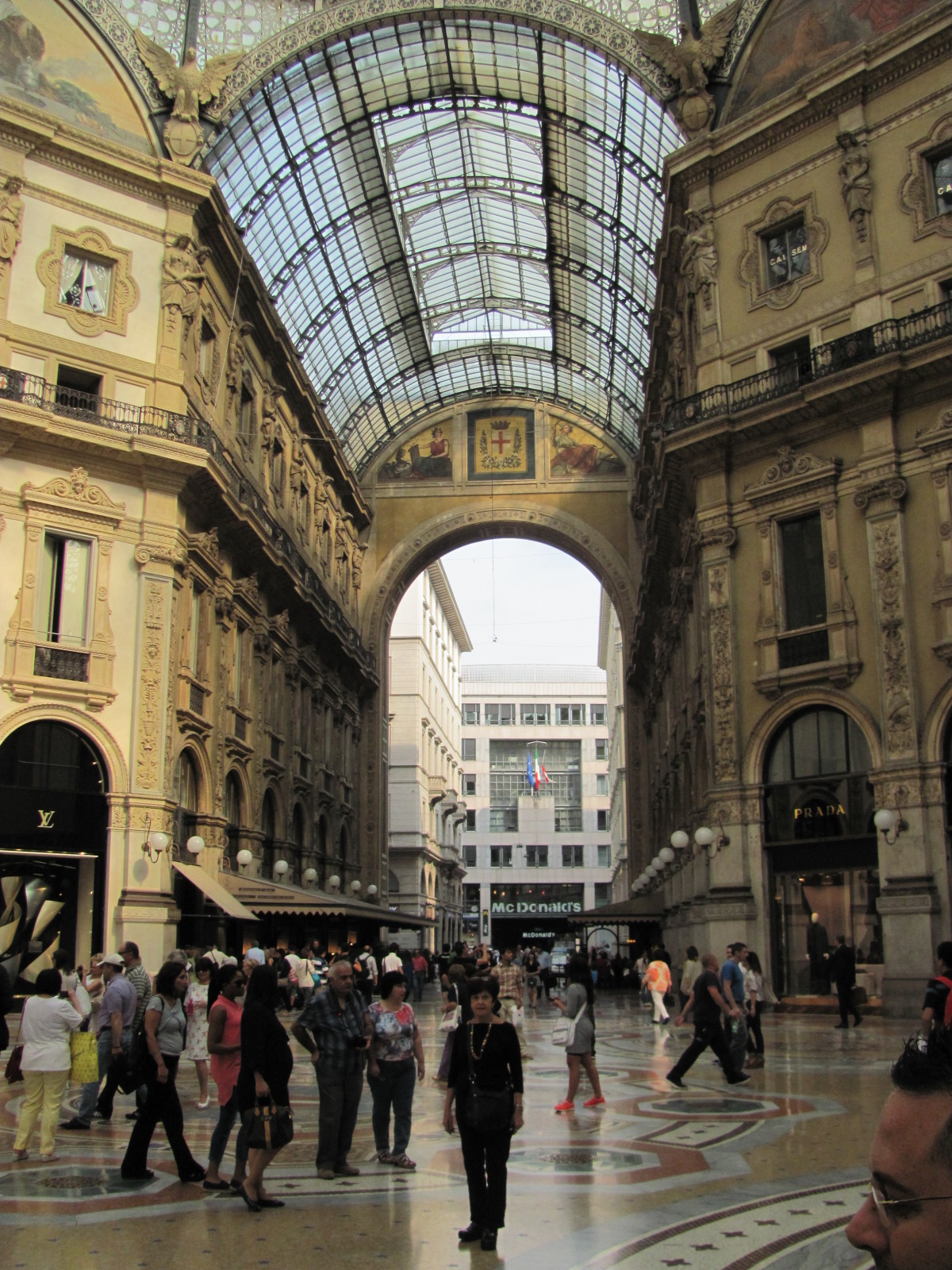 Lee enjoyed peeking into the shops to admire the elegance and chique.

At the opposite end of the Galleria is Piazza Scala, the location of the renowned opera house, whose exterior is decidedly cleaner than in 1997 when we first visited. 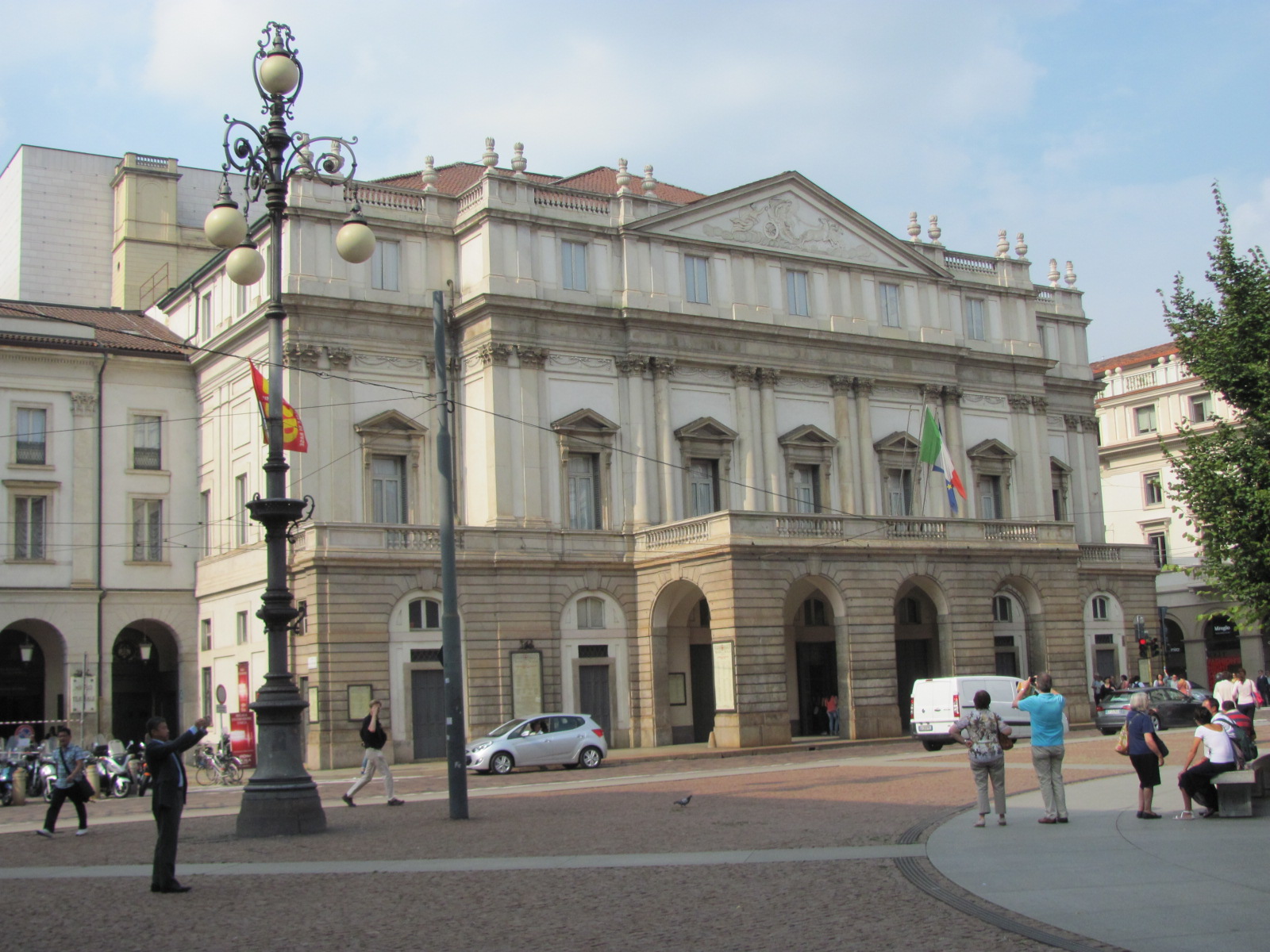 Also on the square is a wonderful statue of Leonardo da Vinci, one of my favorite historical figures. 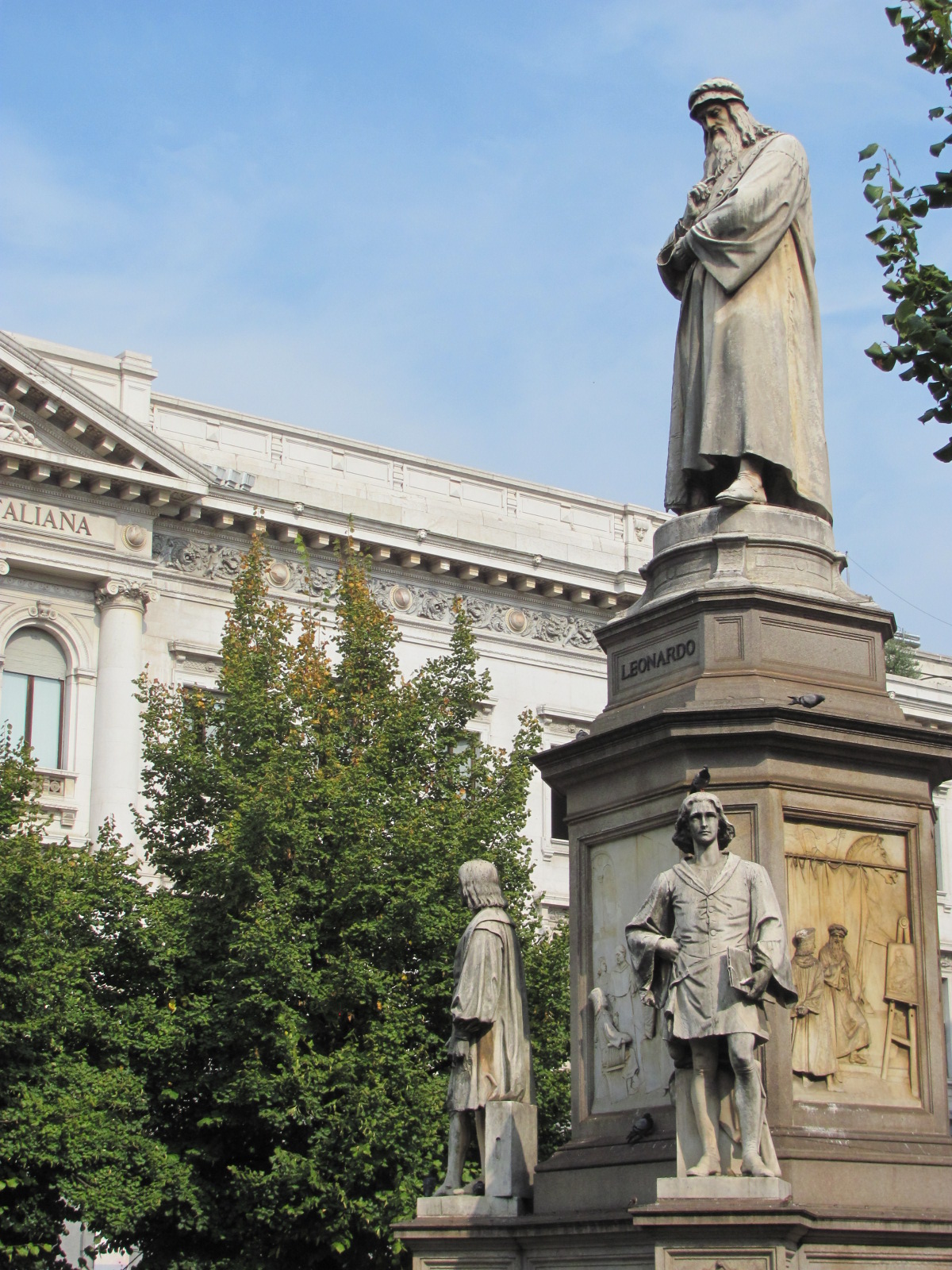 Later we strolled down the Via Dante, a pedestrian-only street lined with more shops and restaurants. At the end of that street is an impressive equestrian statue of Garibaldi 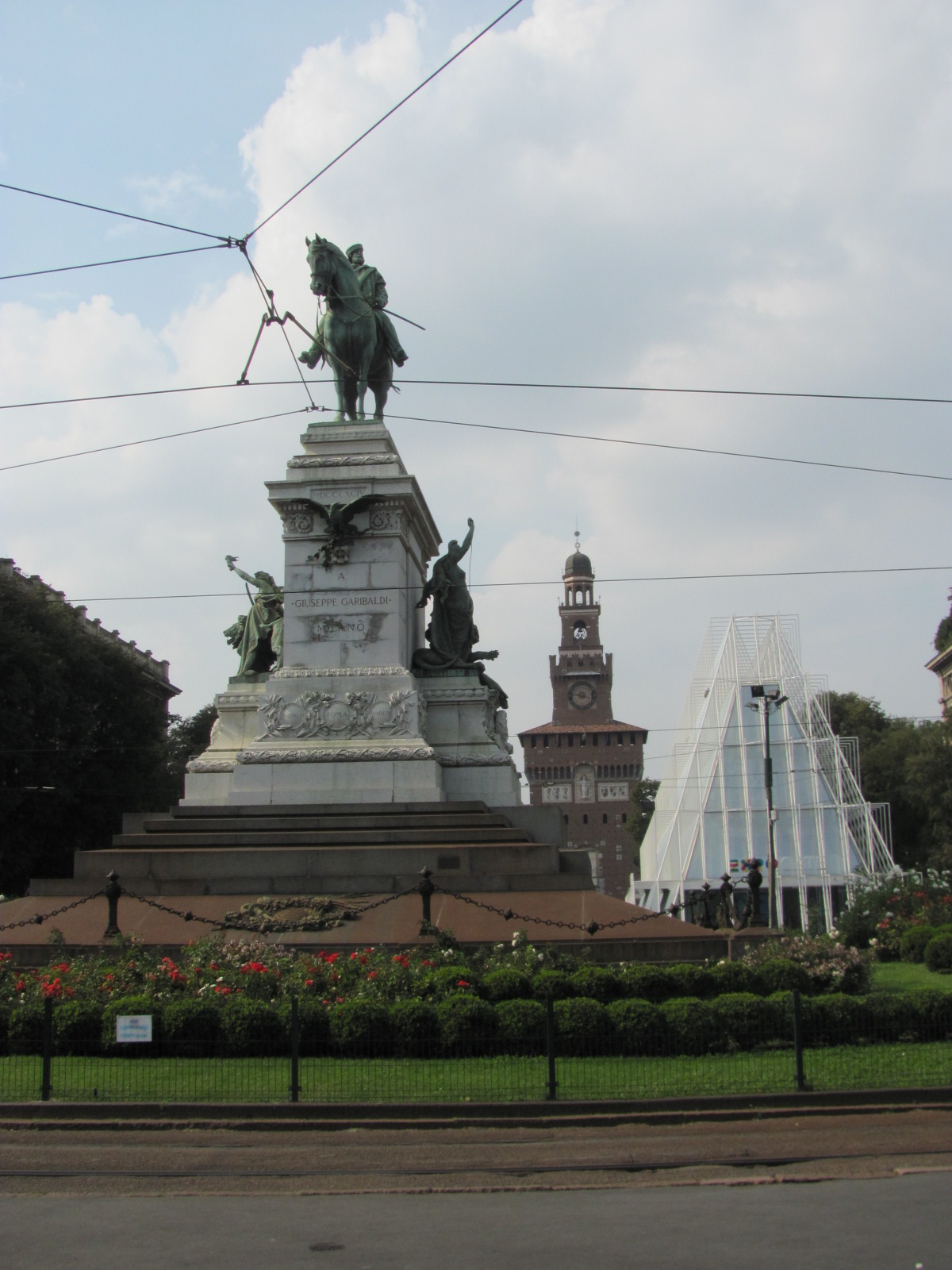 and, beyond that, Milan’s Castle. 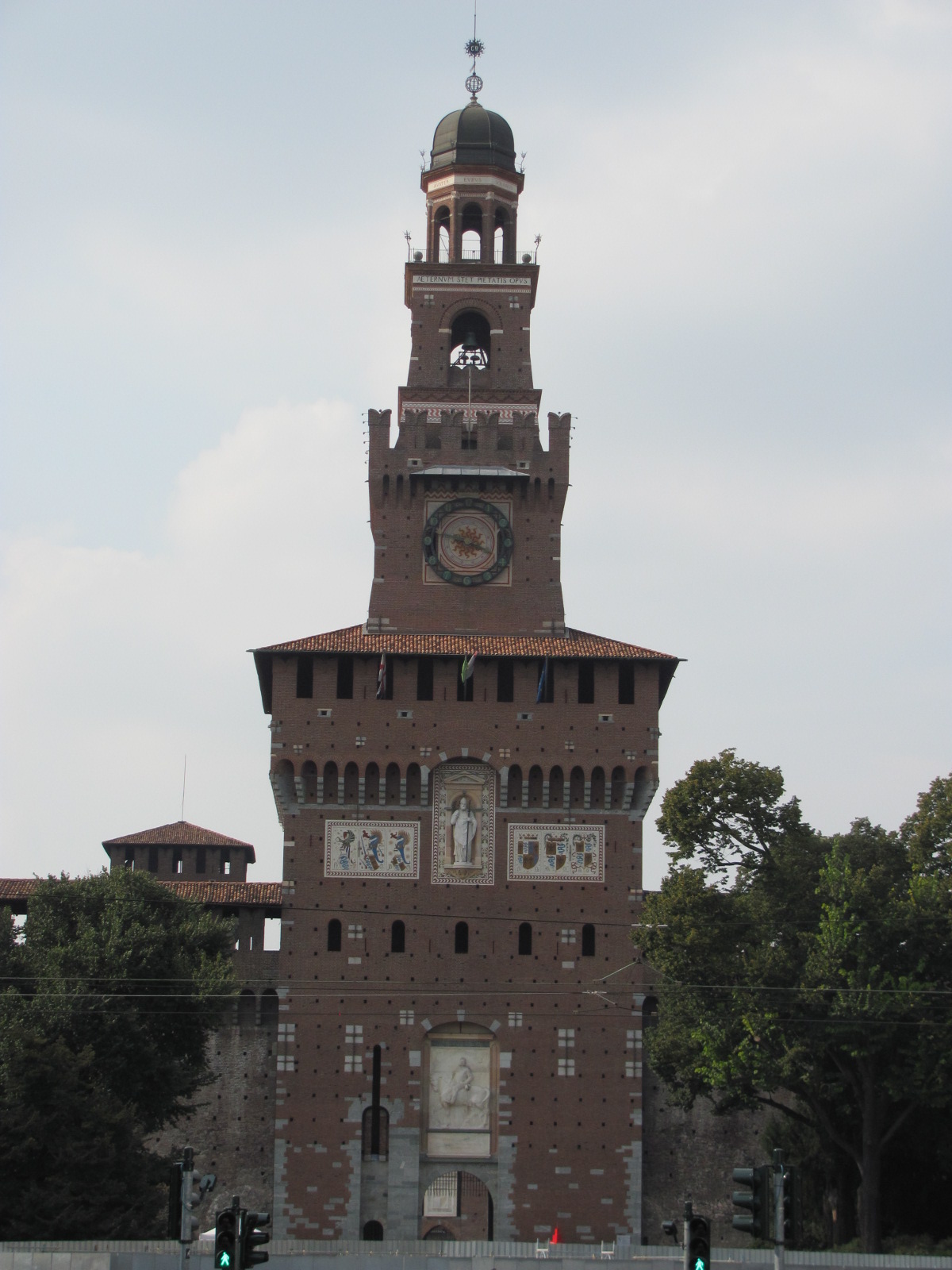