Pilgrim Monument, Provincetown, Massachusetts, USA — This tall column commemorates the arrival of the Mayflower which carried the Pilgrims to the New World in 1620. 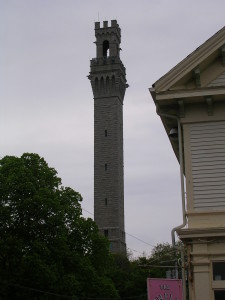 Bunker Hill Monument, Boston, Massachusetts — This tall obelisk recalls the famous battle, one of the first in America’s Revolutionary War. 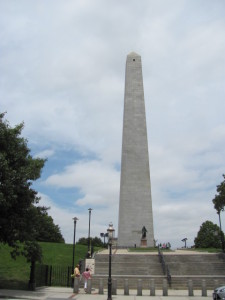 Our Lady of Victories Monument, Portland, Maine, USA — This statue remembers the soldiers of the state of Maine who fought for the Union in the Civil War. 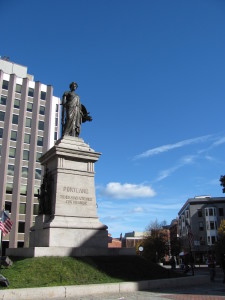 Our Lady of Victories Monument

Columbus Monument, Providence, Rhode Island, USA — This tall column is dedicated to Christopher Columbus who discovered the New World in 1492. Although Columbus never came to Rhode Island, there is a large Italian population in the city who revere the explorer. 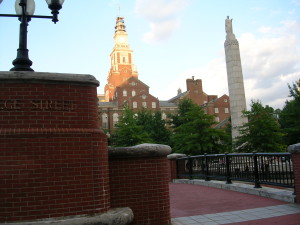 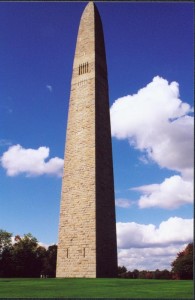