The Tomb of Qin Shi Huang, the first Emperor of the Qin Dynasty, is an archaeological wonder unsurpassed in its detail and scale. Discovered in 1974, this huge underground chamber, now organized into Pits, contains over 8,000 soldiers, over 500 horses, as well as chariots and other specialized structures. Many of the soldiers are Infantrymen, deployed in rows. 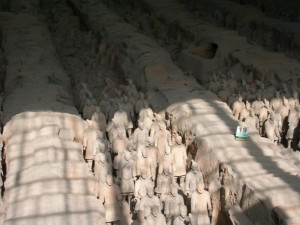 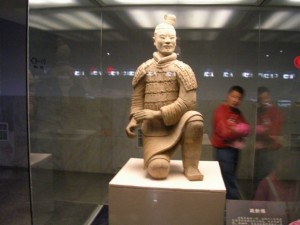 In other sections of the tomb are a headquarters group 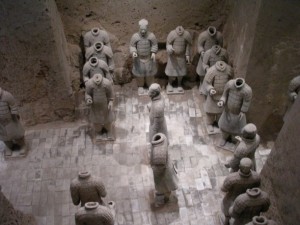 When archaeologists opened the tomb they found the roof collapsed and parts of bodies strewn around. 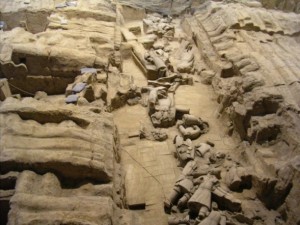 Workers meticulously assembled the pieces, a process which still continues. 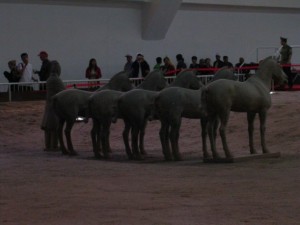 The numbers of soldiers and their positions are impressive. 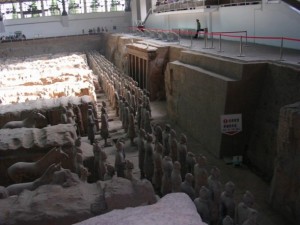 A Phalanx of Soldiers