On June 6, 1944, Allied troops executed a daring incursion on the beaches of Normandy to attempt to gain a foothold in France. D-Day, as it is known, was an incredible and bloody endeavor. Thousands of young men lost their lives on those beaches, which were heavily fortified with German gun emplacements. The assault, however, lead the way to the liberation of Paris and then the defeat of Germany so it was an extremely pivotal battle. Most of the individuals who were killed as part of D-Day were eventually buried in a nearby cemetery, given to the United States by France. The sea of white crosses, reminiscent of Arlington Memorial Cemetery in the United States, contains the remains of 9,387 Americans and overlooks Omaha Beach, one of the major landing sites on D-Day. 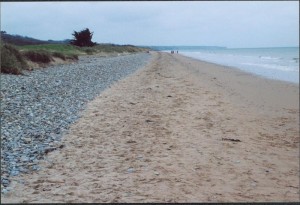 Walking amongst the graves of these brave, young men is a very emotional experience. 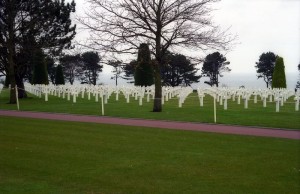