When we stopped in Aarhus, I was totally unfamiliar with the city. Quite frankly, I had never heard of Aarhus before the cruise and I doubted that there was much to be seen here. However, we were pleasantly surprised. We did a hastily manufactured walking tour of the city, ignoring the city’s main attraction, an open-air folk museum known as Den Gamle By.

We walked into town from the cruise ship dock and immediately stopped at the Cathedral. 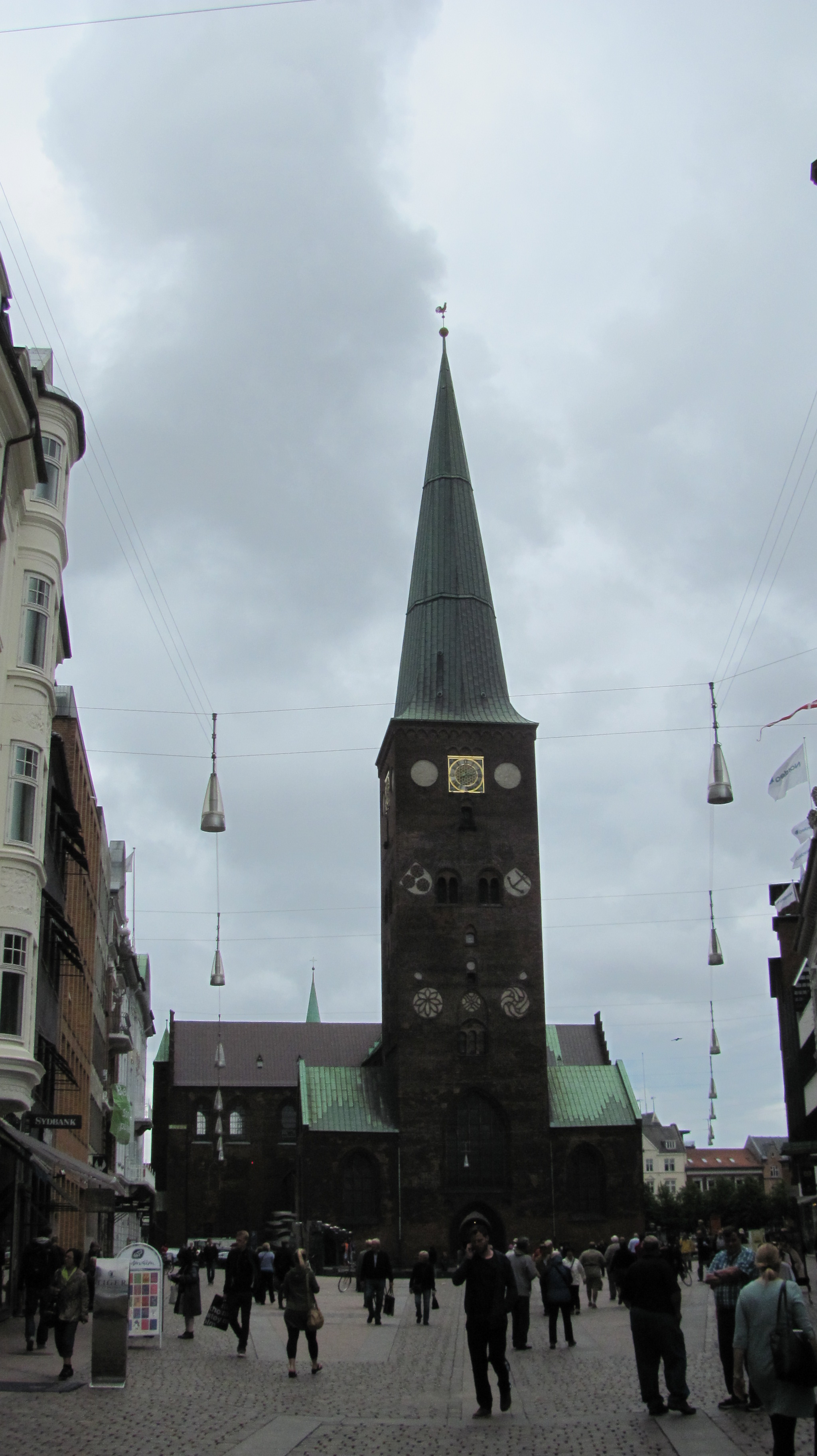 Also on the Main Square was a small, free Viking Museum, in the basement of a bank. The museum was quite interesting, chronicling the Viking presence in this area of the world. One of the most intriguing artifacts uncovered when the bank was constructed here was a skeleton, dating to the time of the Vikings, of a man who had been decapitated. 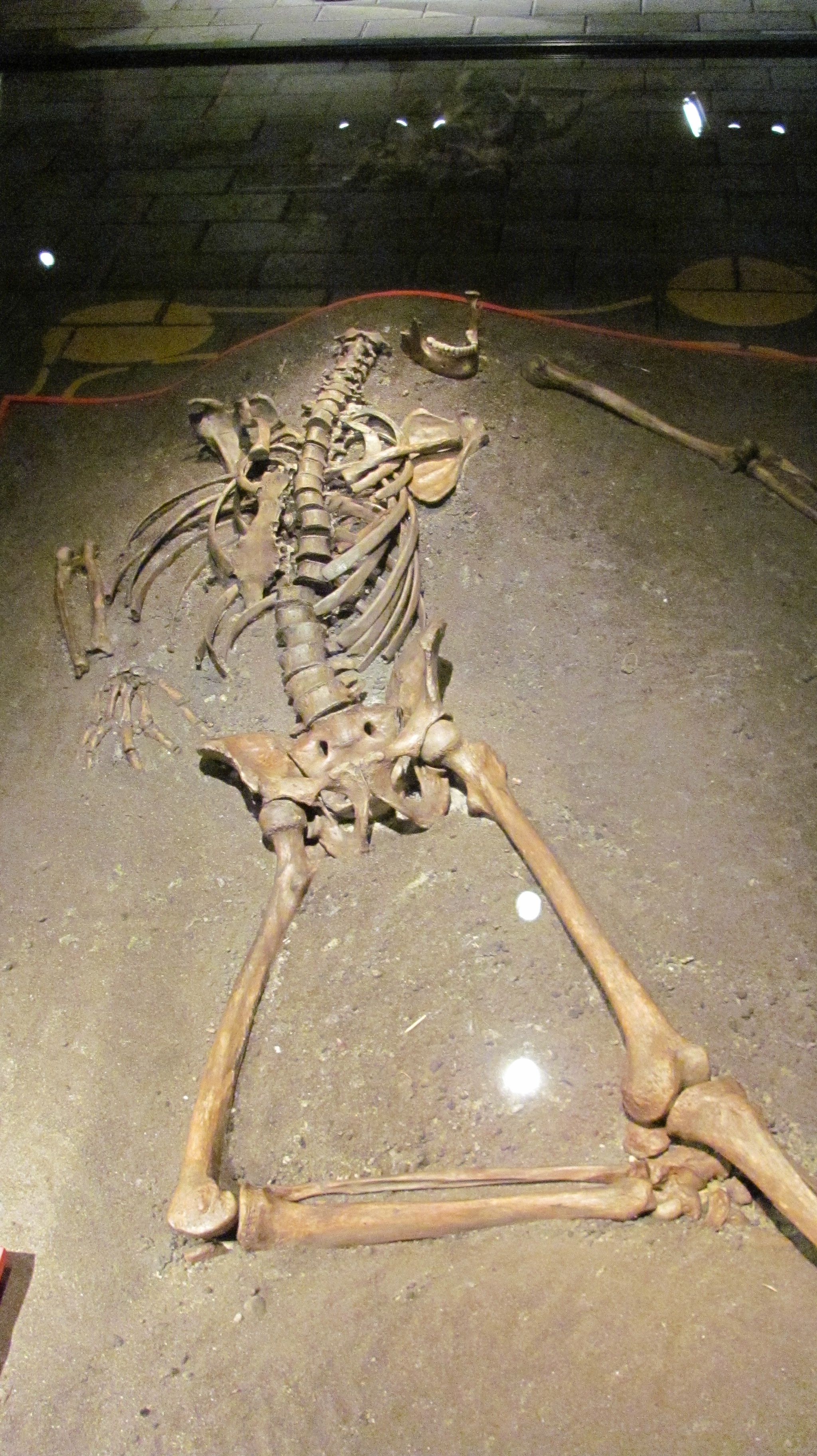 A little later in our walk, we strolled down a delightful lane with pastel-colored houses, displaying hollyhocks and roses. 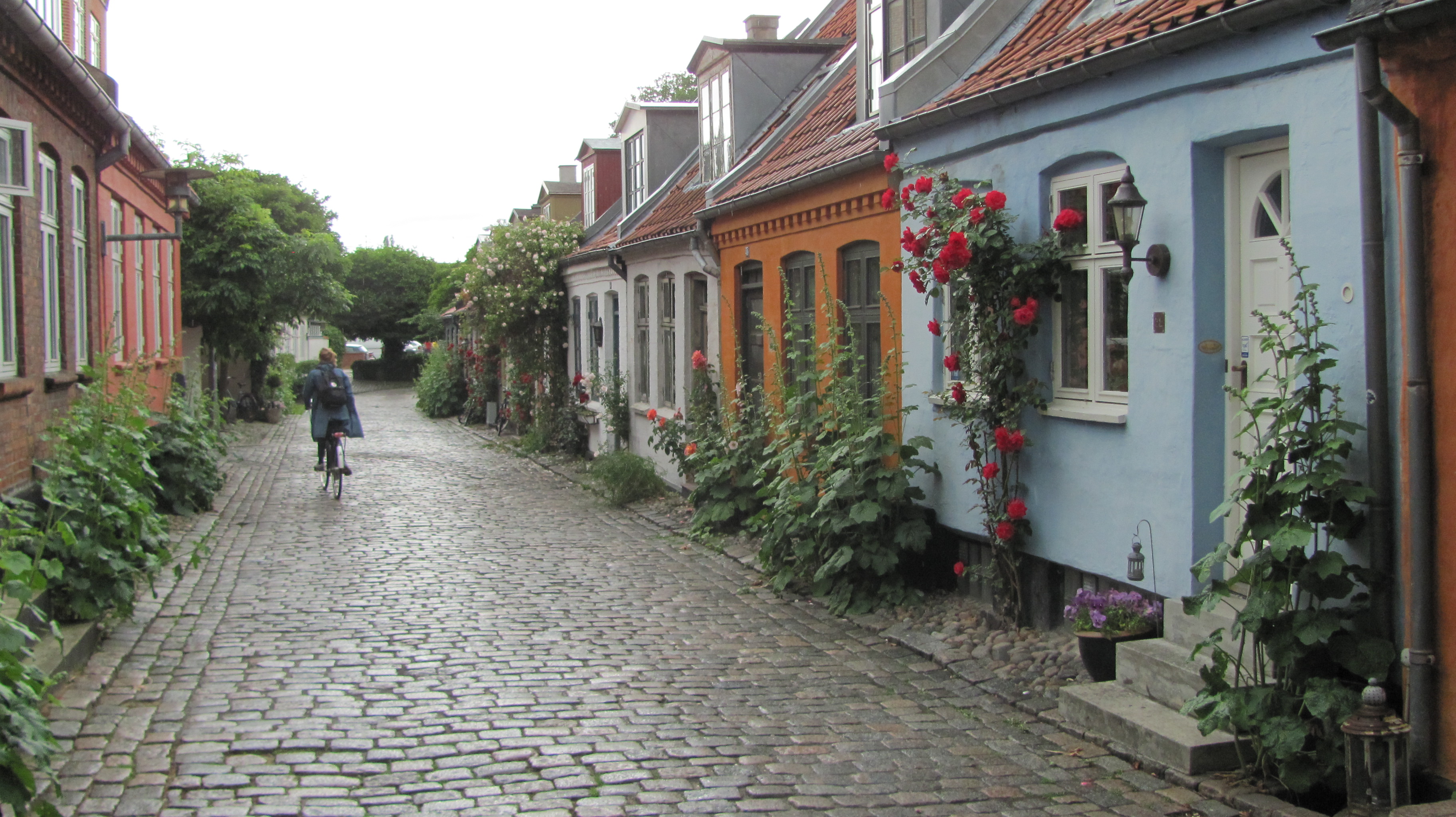 Before departing from the cute little village of Aarhus, we took a look inside the Cathedral to see the exquisite carved, wooden altarpiece. 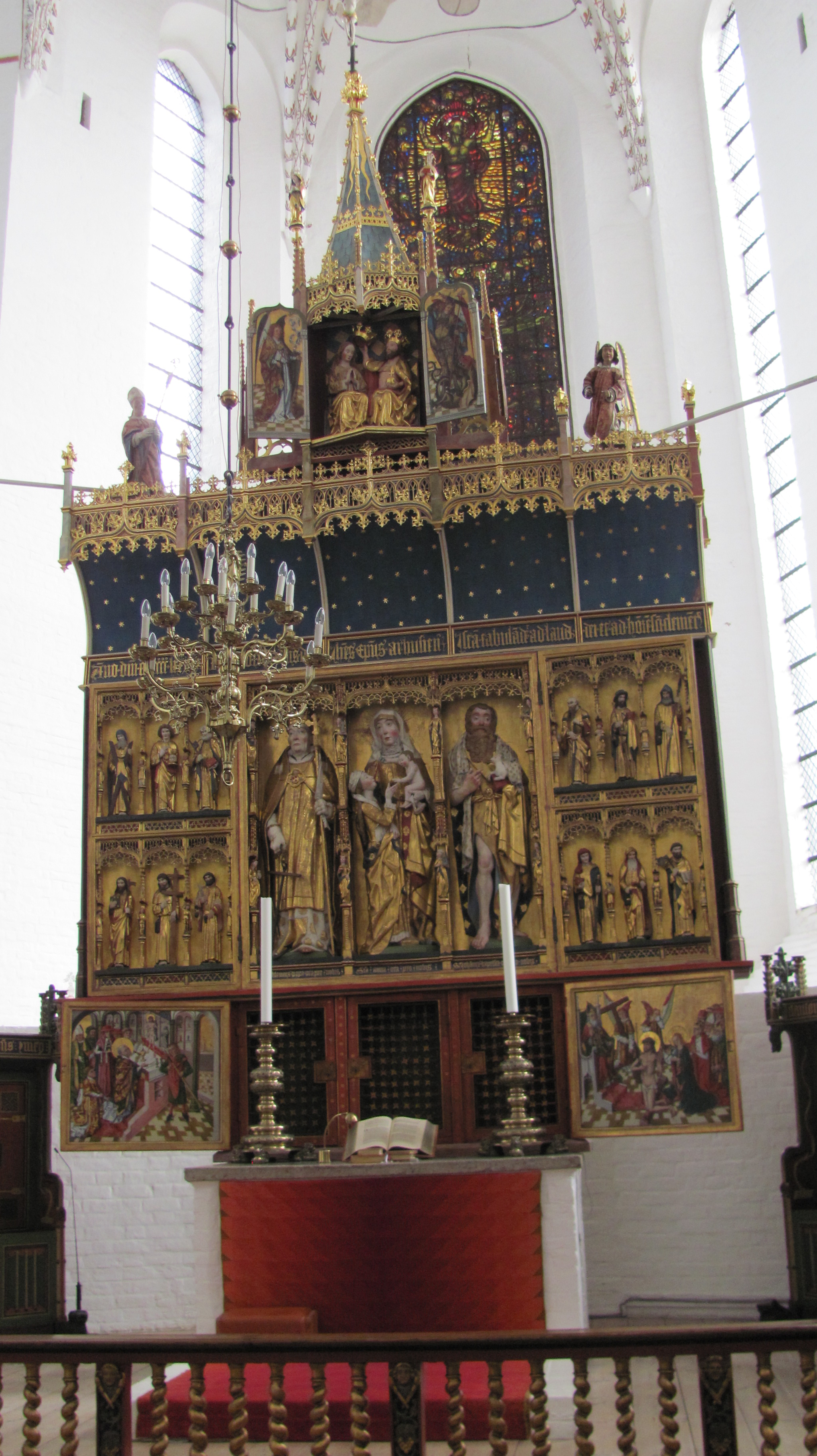