Yesterday was positively exhausting! Four of us made a day-trip to New York City (320 mile round trip). Our itinerary was two-fold: one of us has long wanted to visit the Whitney Art Museum to see works by American painter, Edward Hopper, I have been dying to visit the 911 Memorial now that some of the ensemble has been completed and the site has been opened to the public.

Between walking to and from subways and walking to the memorial and to the Whitney, we must have traversed 3 to 4 miles. In addition, we were standing most of the time during our visits and on the crowded subways. We were all extremely tired. Add in the fact that we got up at 5 AM and didn’t get home until after 10 PM, we crashed into bed and probably will need the weekend to recover.

However, we had a great day in New York City. We met Lee’s cousin who lives in the city and first viewed the memorial tower from her penthouse apartment on 7th Avenue. 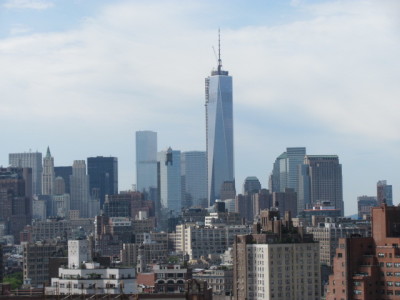 From here, we took a subway to Rector St and walked to the memorial. 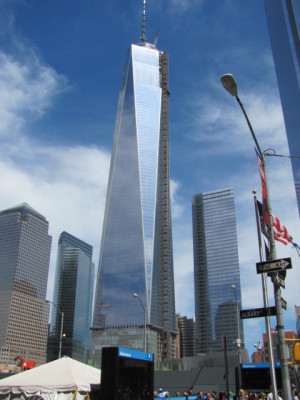 On the grounds we admired the South Pool, a waterfall which descends into the footprint of the South Tower. 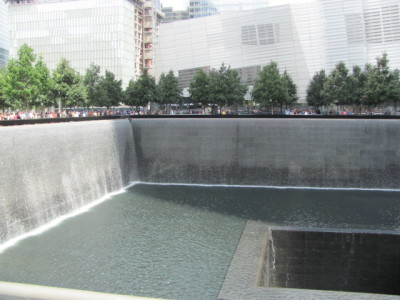 Next we checked out the Survivor Tree, which has been nursed back to health following 911. 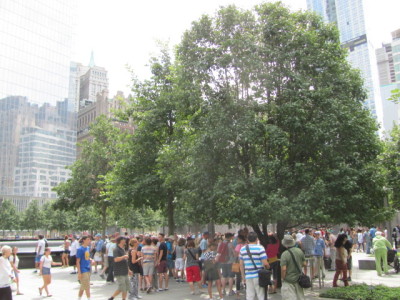 The North Pool is similar to the South Pool. Both contain rosters of names of those who perished during the attacks. 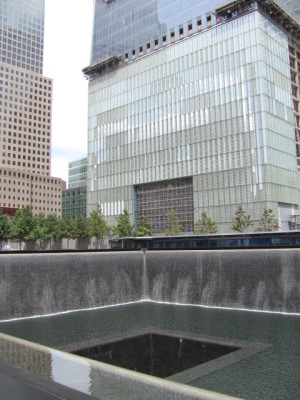 We had lunch along the Esplanade, a beautiful walkway along the Hudson River where it enters New York Harbor. 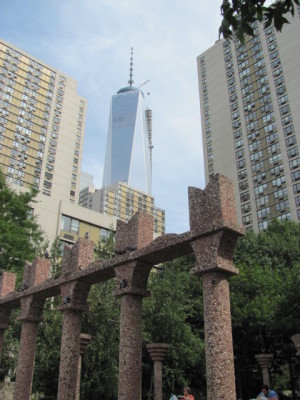 View of 911 Memorial from Esplanade

Next we took subways to the Upper East Side where we admired the special exhibit showcasing Edward Hopper. Some of his most interesting paintings include Nighthawks

and this scene of a vintage gas station. 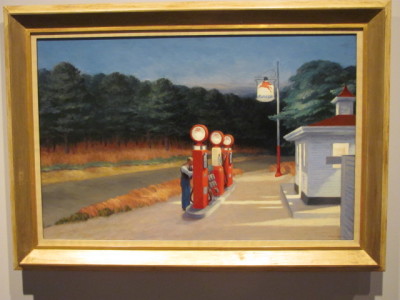 A few of Georgia O’Keefe’s painting were also on display at the Whitney. I liked this on in particular. 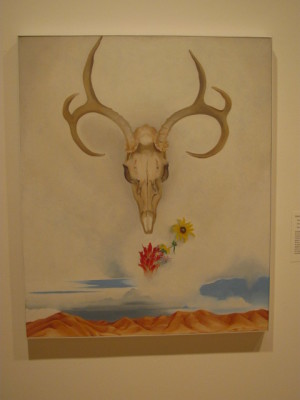 Although our New York City excursion was satisfying and very worthwhile, I realized that I am not the man I used to be as I struggled to walk up the stairs to our bedroom. I am simply exhausted!

This entry was posted in Cancer Journey and tagged Personal Journey. Bookmark the permalink.