The answer to yesterday’s place (#131) us Stonehenge, Salisbury Plain, England

This is a highly fortified place; a massive 6-level fortress (El Morro), built in 1540, protects the harbor entrance. 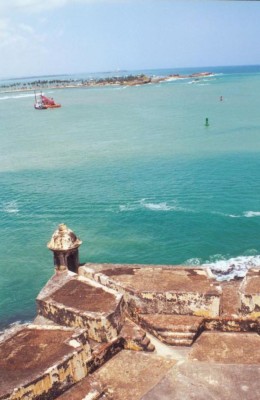 The largest Spanish fort in the New World protects the city from land attacks. The city was founded by Ponce de Leon (he is also buried here) in 1521 and was the second Spanish city in the New World. A third fort has become the Governor’s Palace. This place is also the busiest cruise ship base in the world. A fountain in the Old Town, Fuente Raices, depicts the many ethnic groups which make up the population here. 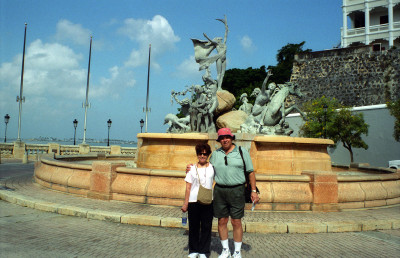