Boston, Massachusetts, is another exciting city, loaded with history and culture.  Because of the presence of so many colleges and universities (Harvard, MIT, Boston University, etc), there are numerous opportunities to explore the Arts.  Check out Symphony Hall, the home of the Boston Symphony Orchestra, and its offshoot, the Boston Pops. The Boston Museum of Fine Arts is an excellent place to enjoy the visual arts.

But most come to Boston because of its historical significance.  It was here that much of America’s early fight for freedom took place.  Nowhere is this history more exemplified than on the Freedom Trail.  The “Cradle of Liberty” is a self-guided walk through the early history of the United States’ fight for independence from England.  The walk begins at Boston Common, but the Visitor Center, located inside the Old State House, a beautiful and significant building in its own right, is perhaps the best place to begin.  Maps are available here or at the Boston Common Visitor Center, and the route is marked with a red line on the sidewalks to make it easier to follow.  The total trail is approximately 4 kilometers (2.5 miles) and there are 16 sights along the way which may be seen and/or visited.  Of special note are the Old North Church, where the signal for Paul Revere’s ride (“one if by land, two if by sea“) was flashed, Faneuil Hall, one of the colonists’ early meeting houses, 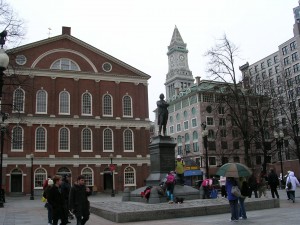 the Old State House, the seat of Massachusetts’ government, 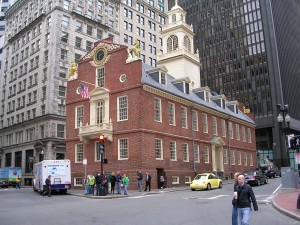 the Bunker Hill Monument, which commemorates the famous battle, and the USS Constitution, “Old Ironsides”, which survived numerous engagements with the British Navy in the War of 1812.

Near the Freedom Trail and worth the detour are the New England Aquarium, off Atlantic Ave, and the Boston Museum of Science, a wonderful, interactive experience, especially for children, located at SciencePark, on the Charles River.

Another popular Boston attraction, located just south of the city, is the John F Kennedy Library and Museum which pays tribute to one of America’s most beloved presidents. 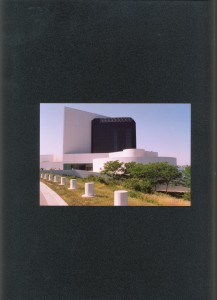 While in Boston, have lunch at the Quincy Market, next to Faneuil Hall, a great experience since almost any type of food is available (unfortunately, places to sit while eating are difficult to come by, but try upstairs)..