Today, we have the luxury of a whole day without a lot to do. We did most of our sightseeing yesterday on our long walk. However, I saved part of my Walking Tour of Copenhagen for today to give us a goal. Once again, we started out at City Hall Square. 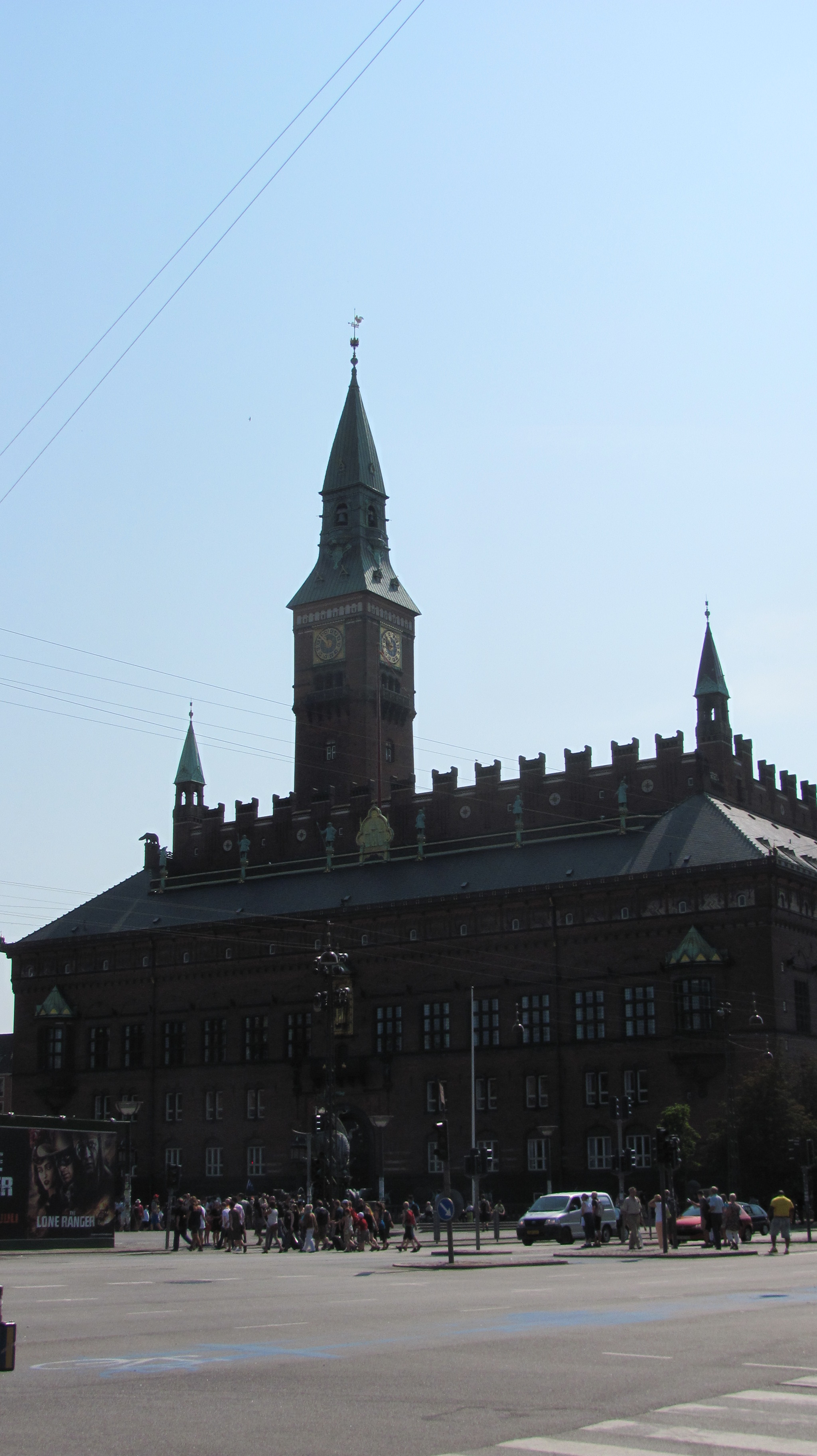 We found the most beloved statue of Hans Christian Andersen on the boulevard which bears his name, just off the square. 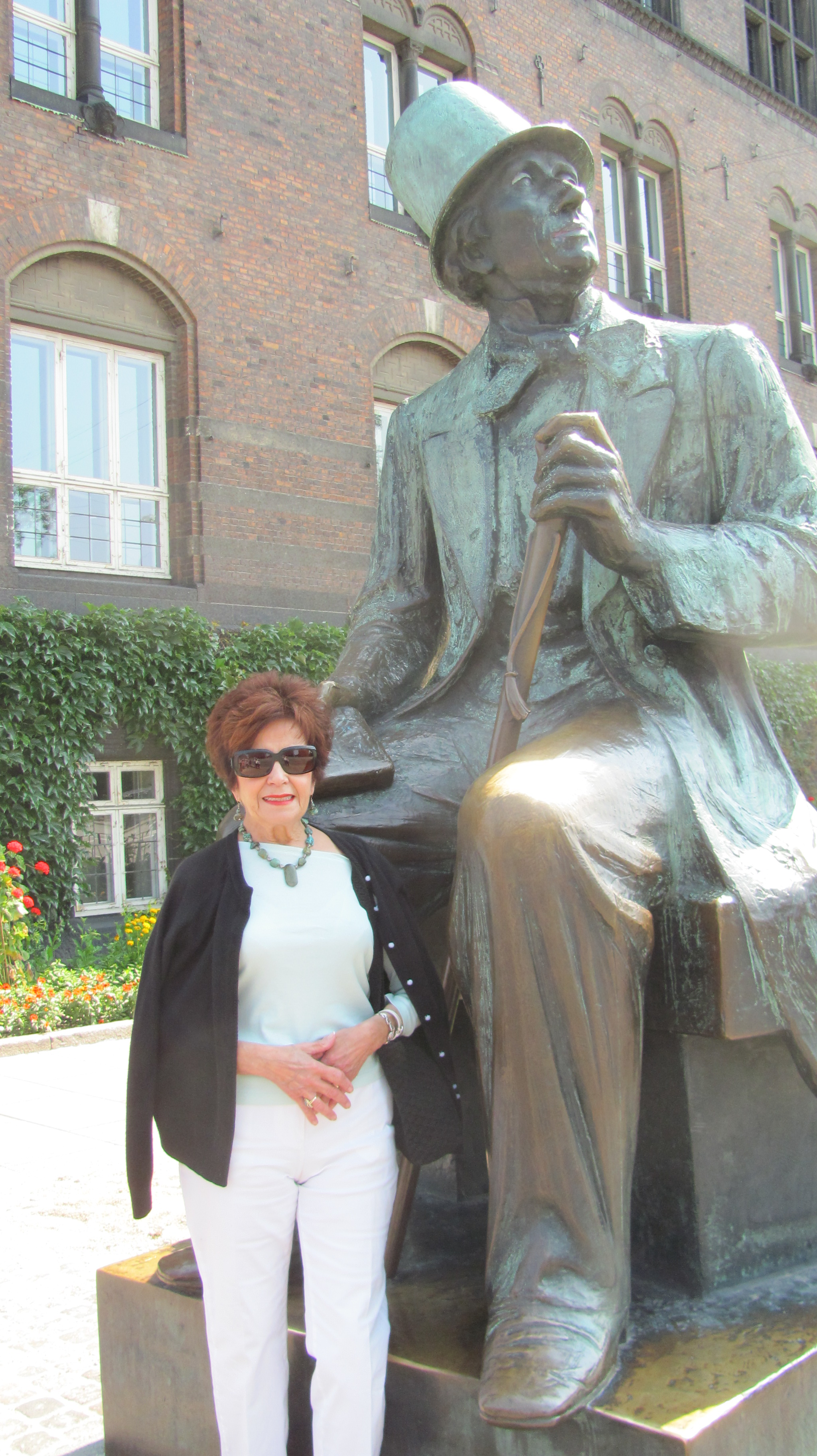 From here we walked behind City Hall, turning left onto Magstraede, a quaint and picturesque street which contains some of the oldest homes in Copenhagen. 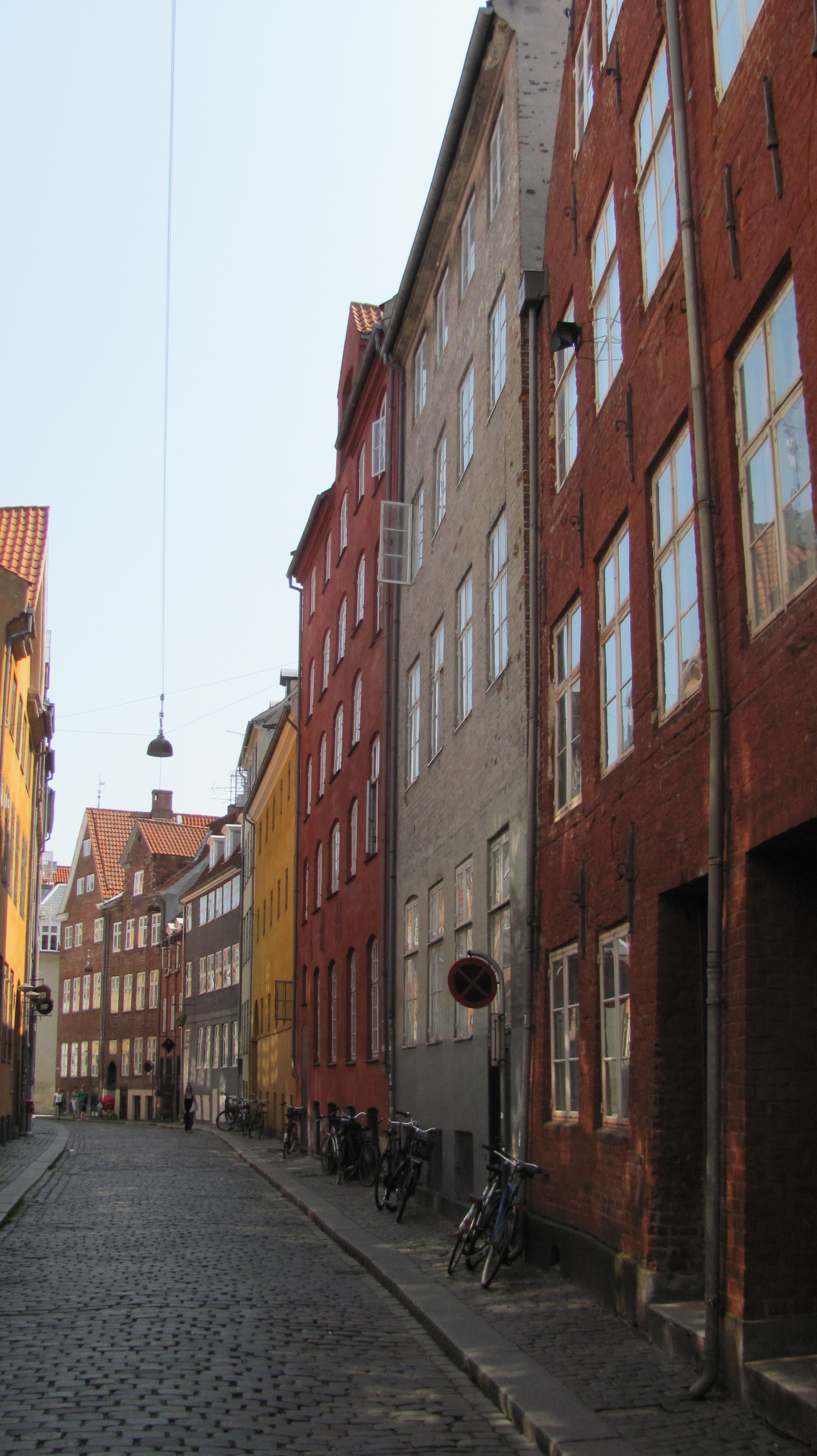 Our next stop was Christiansborg Palace, a complex no longer used as a royal residence, which now houses the Danish Parliament, Supreme Court, and other government buildings. 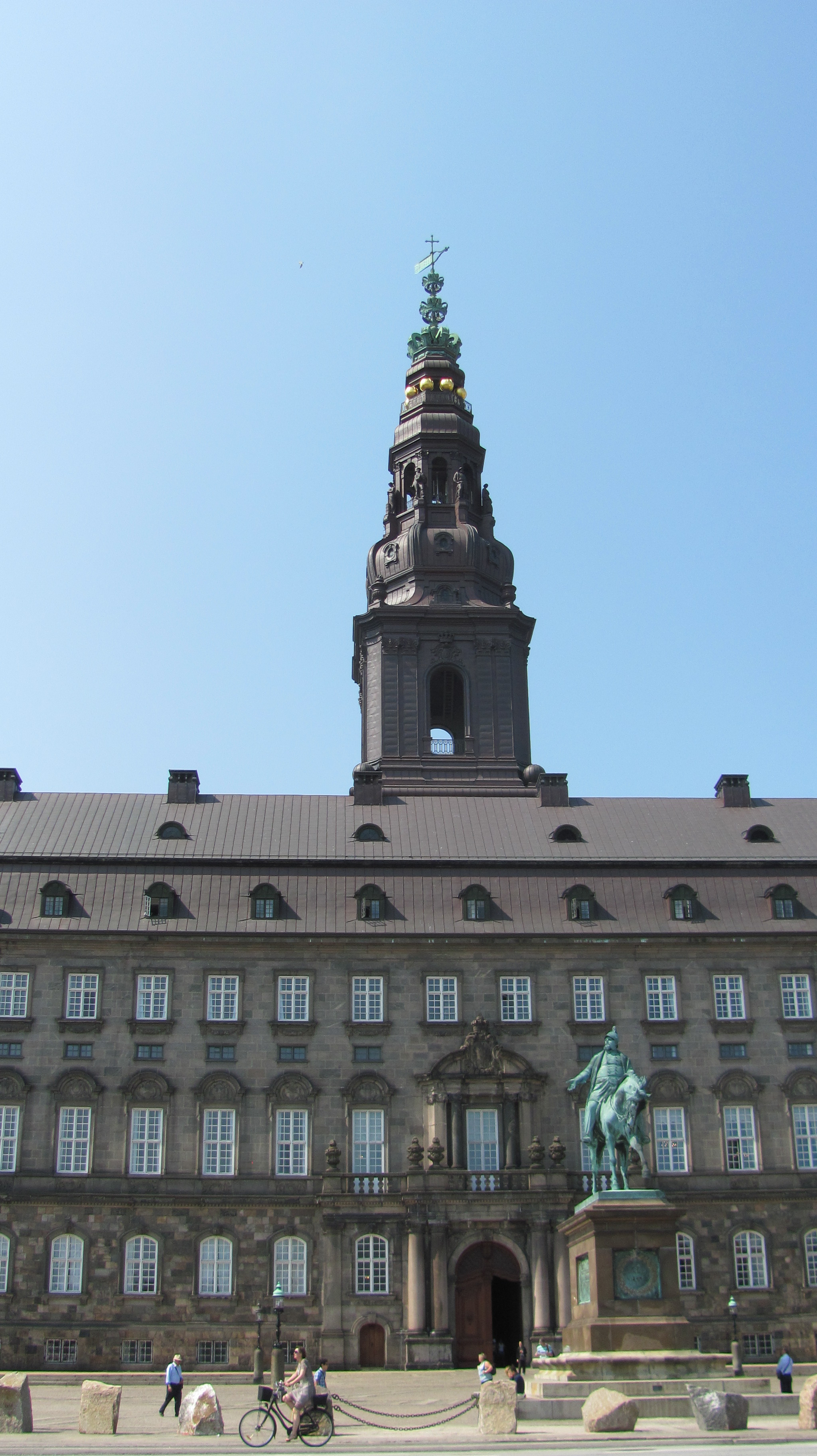 Nearby is the Old Stock Exchange, with its extremely unusual architecture. 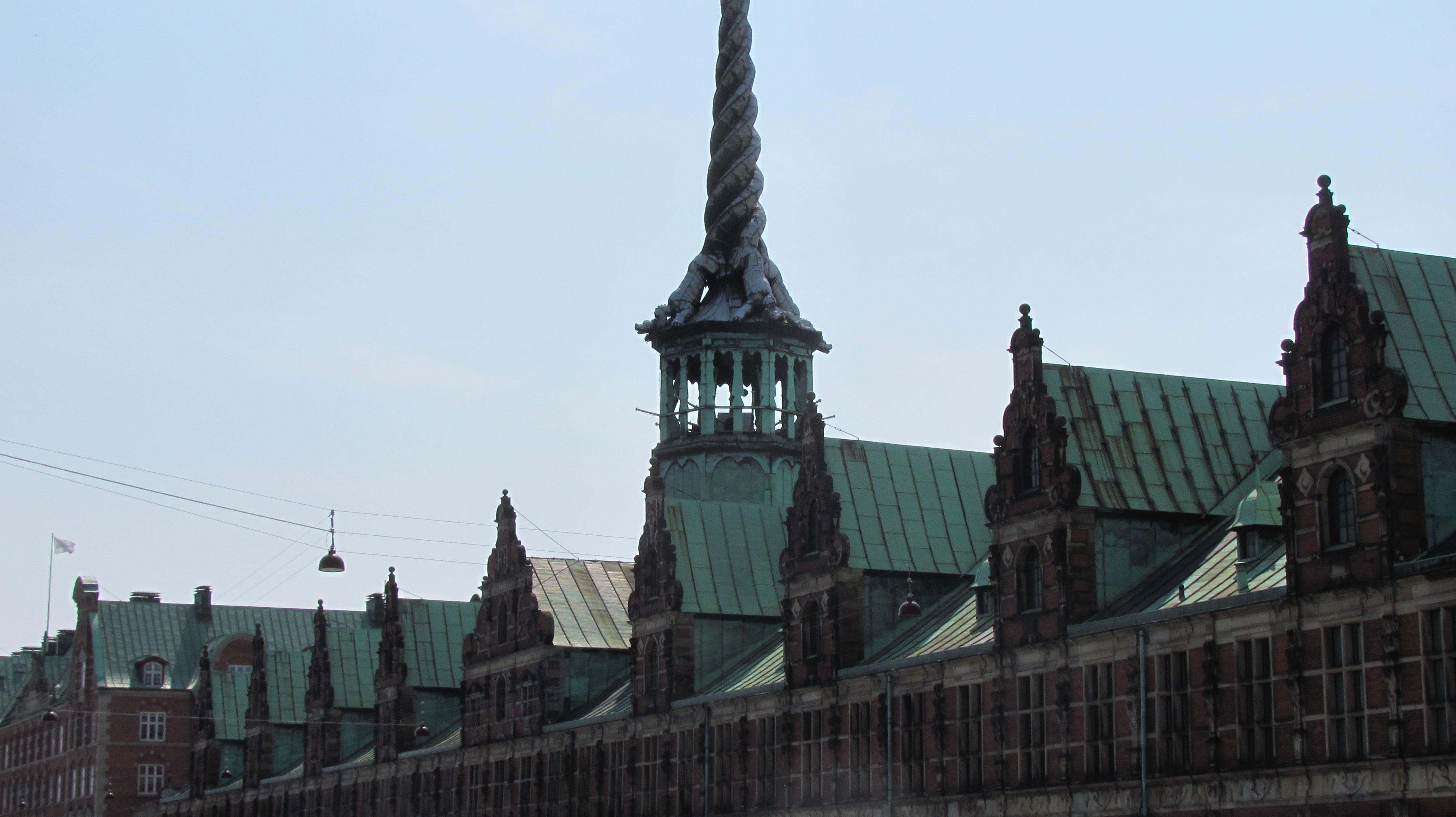 The tower is particularly interesting; it is made up of several creatures with their heads facing downward while their tails are intertwined and tapering to a point. 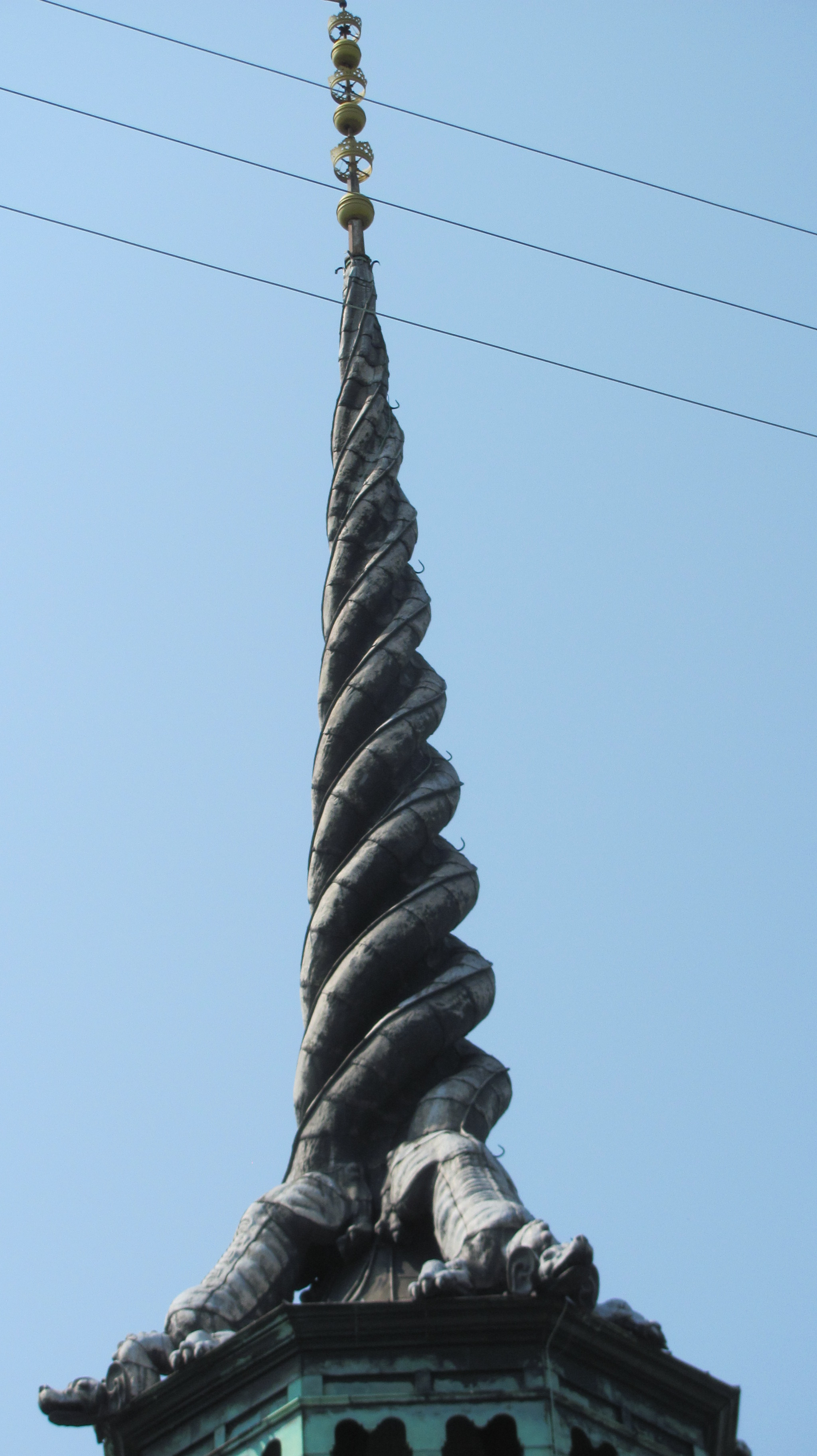 After a brief walk to Nyhavn and down the Stroget back to our hotel, we headed for Tivoli Gardens, the world-famous Danish amusement park where we plan to spend the rest of the afternoon. 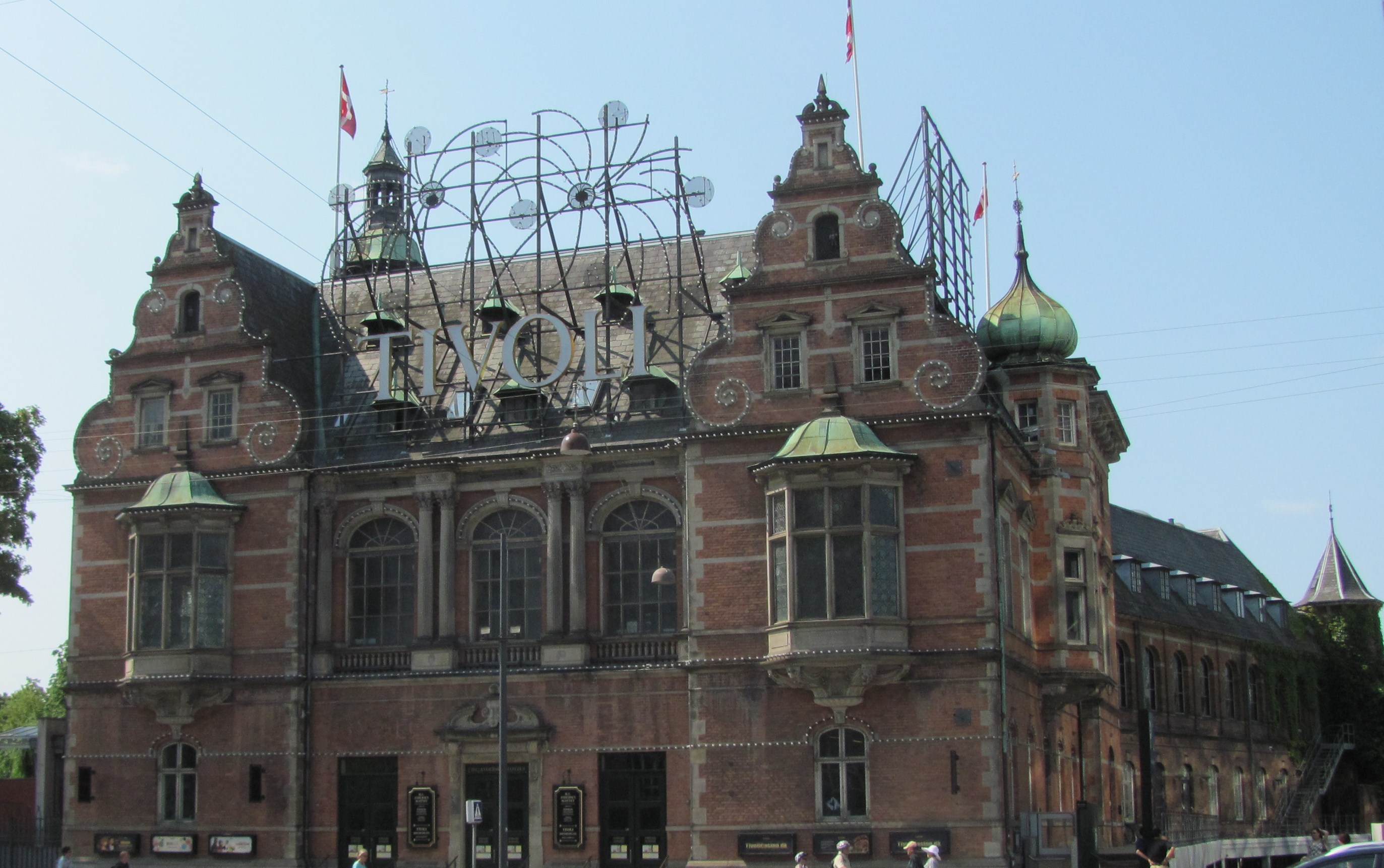 Inside Tivoli Gardens (admission was $17 per person) we strolled the grounds. What a wonderful, but expensive place for families. The admission does not include any rides so they must be purchased separately. There are many flower gardens within the grounds that make the setting very picturesque. 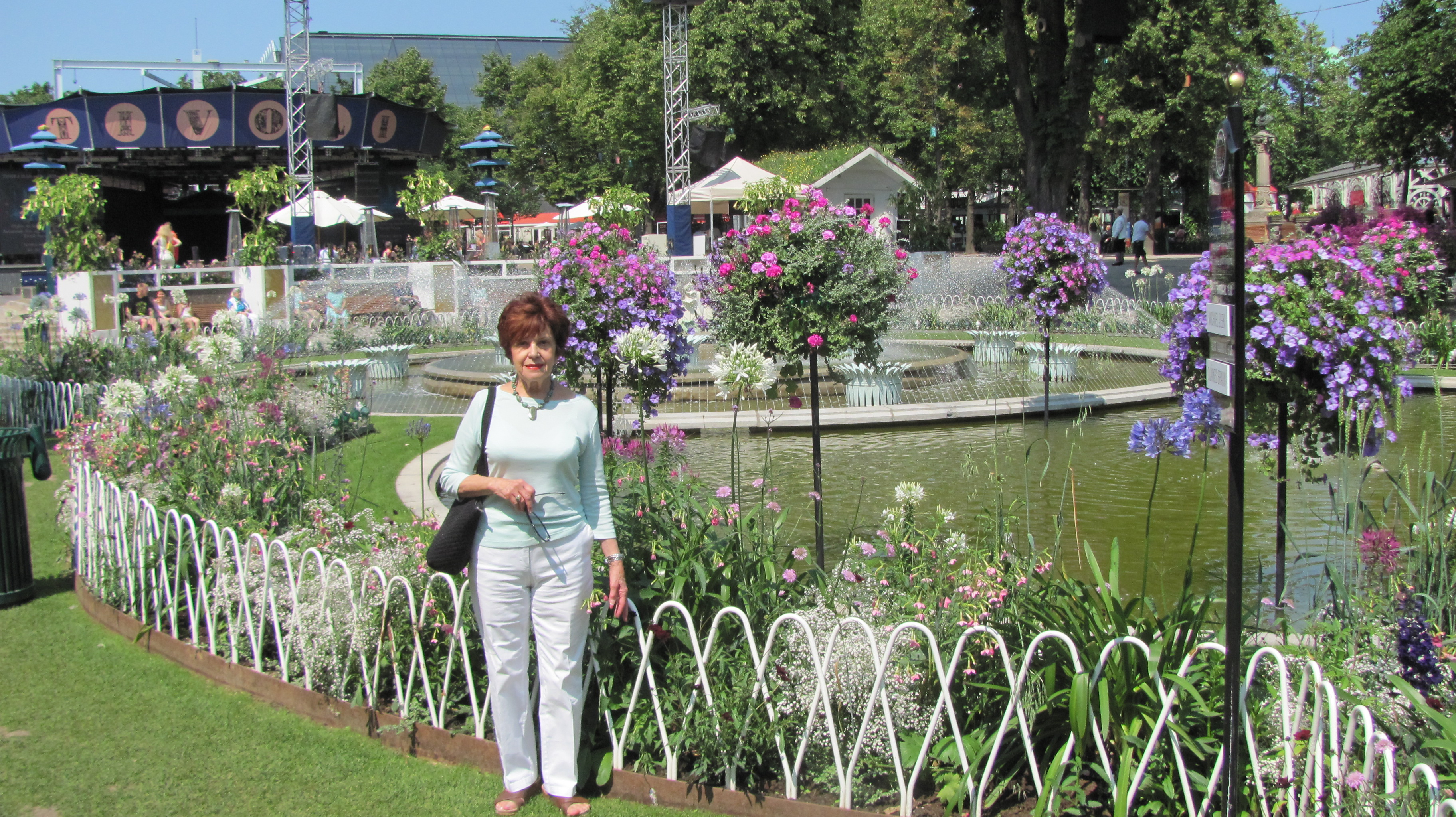 Lee in a Tivoli Garden

There is another sculpture of Hans Christian Andersen here, among the roses. 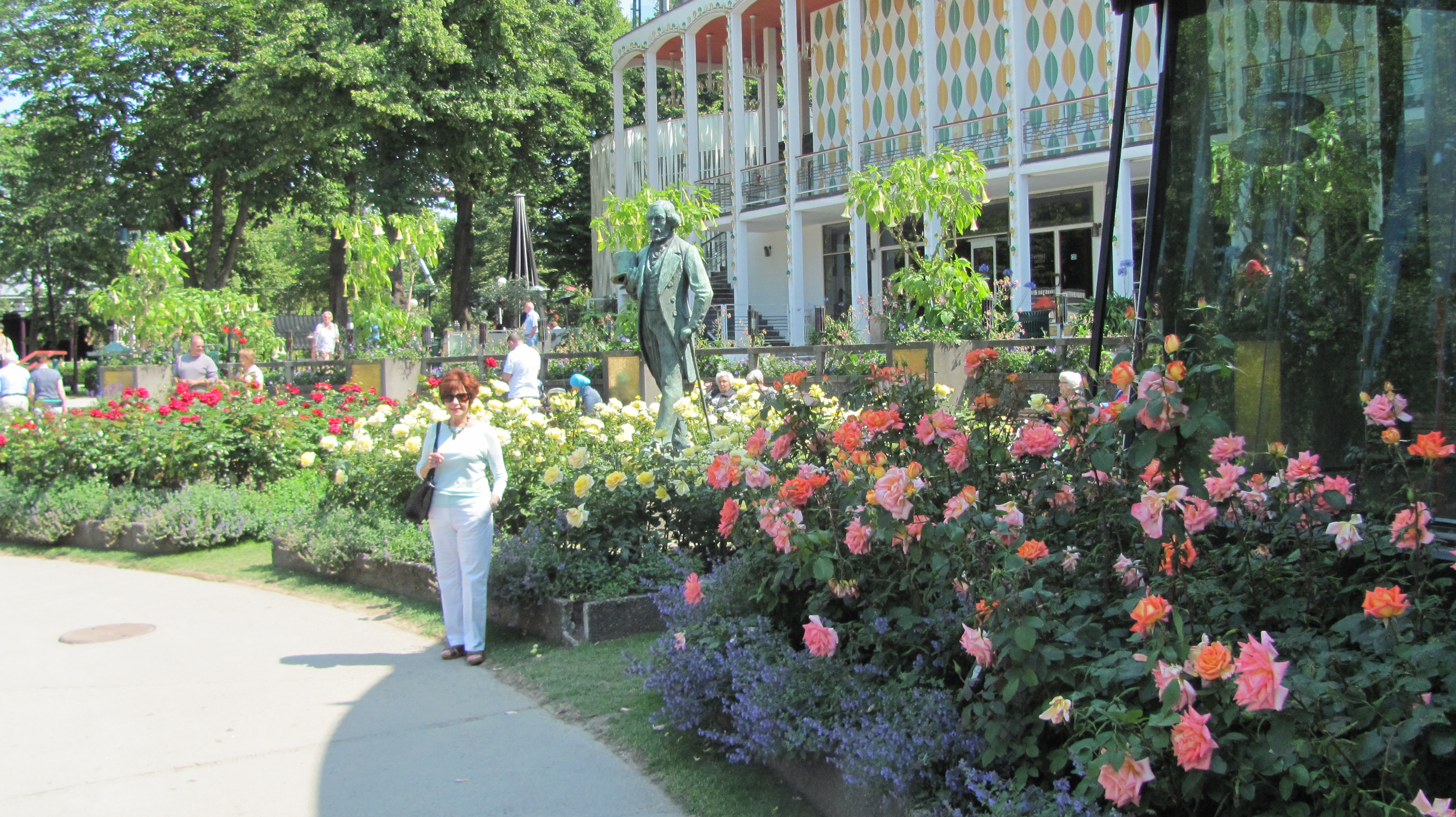 The largest building on the grounds is extremely interesting architecturally. 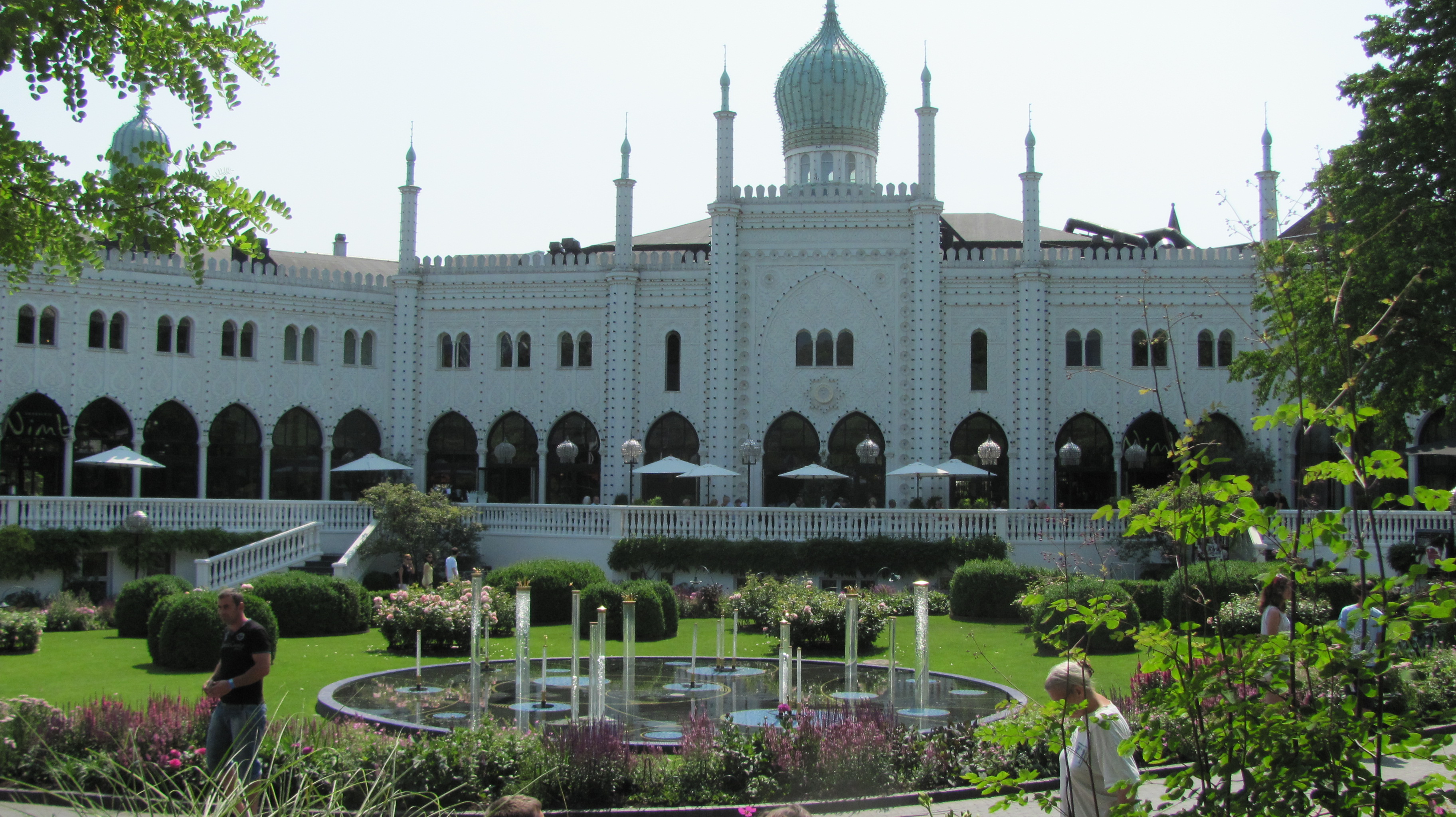 The Essence of Tivoli

There are a number of venues within the park where entertainment is offered although nothing was happening while we were in the park. 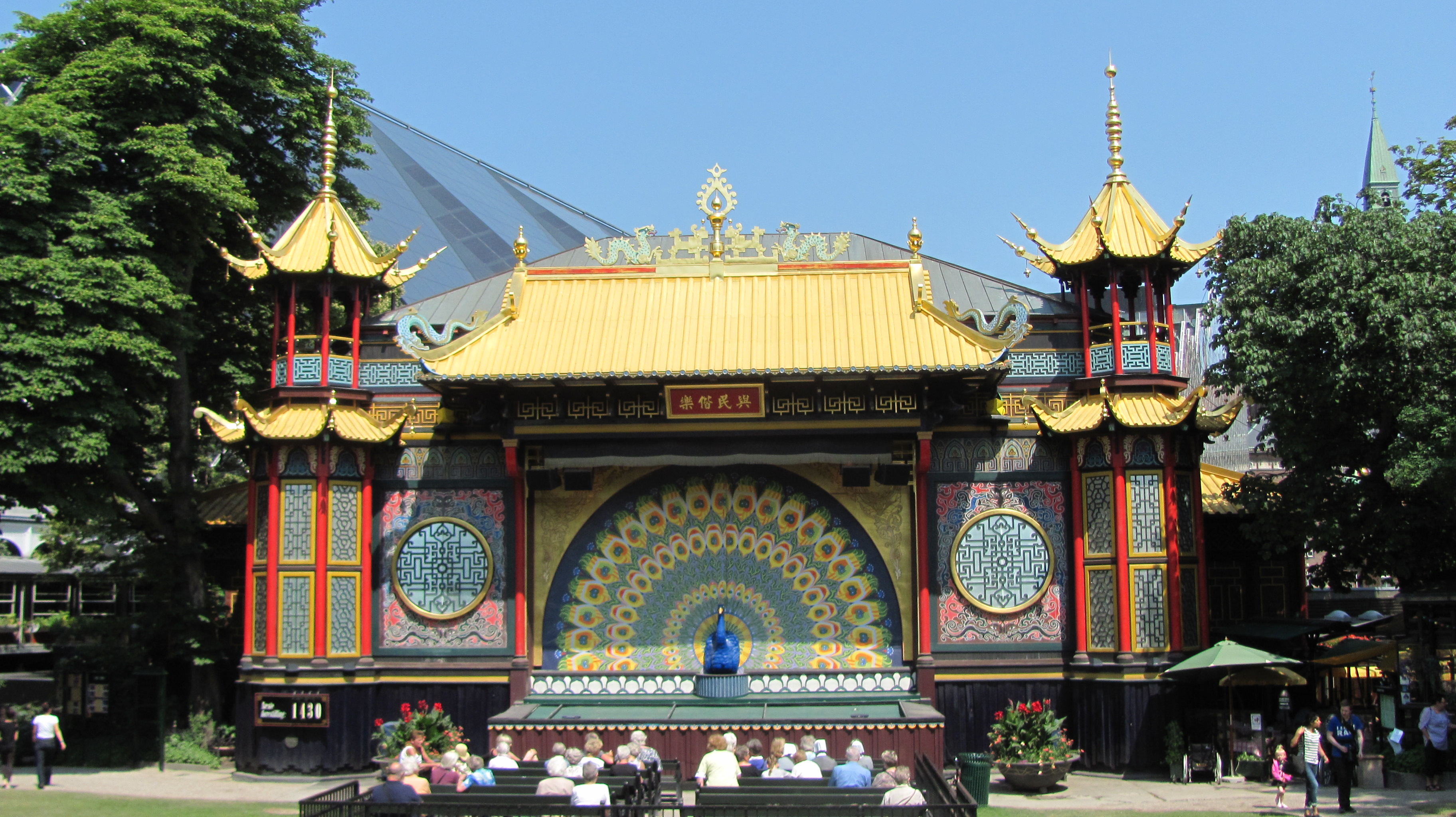 Before we returned to our hotel we stopped by City Hall Square to take a better picture of the Hans Christian Andersen statue.

We also stopped to take a picture of the Lur Blowers Statue, located atop a column next to City Hall. The Lur is a trombone-like horn which was used to call early Danes to battle. 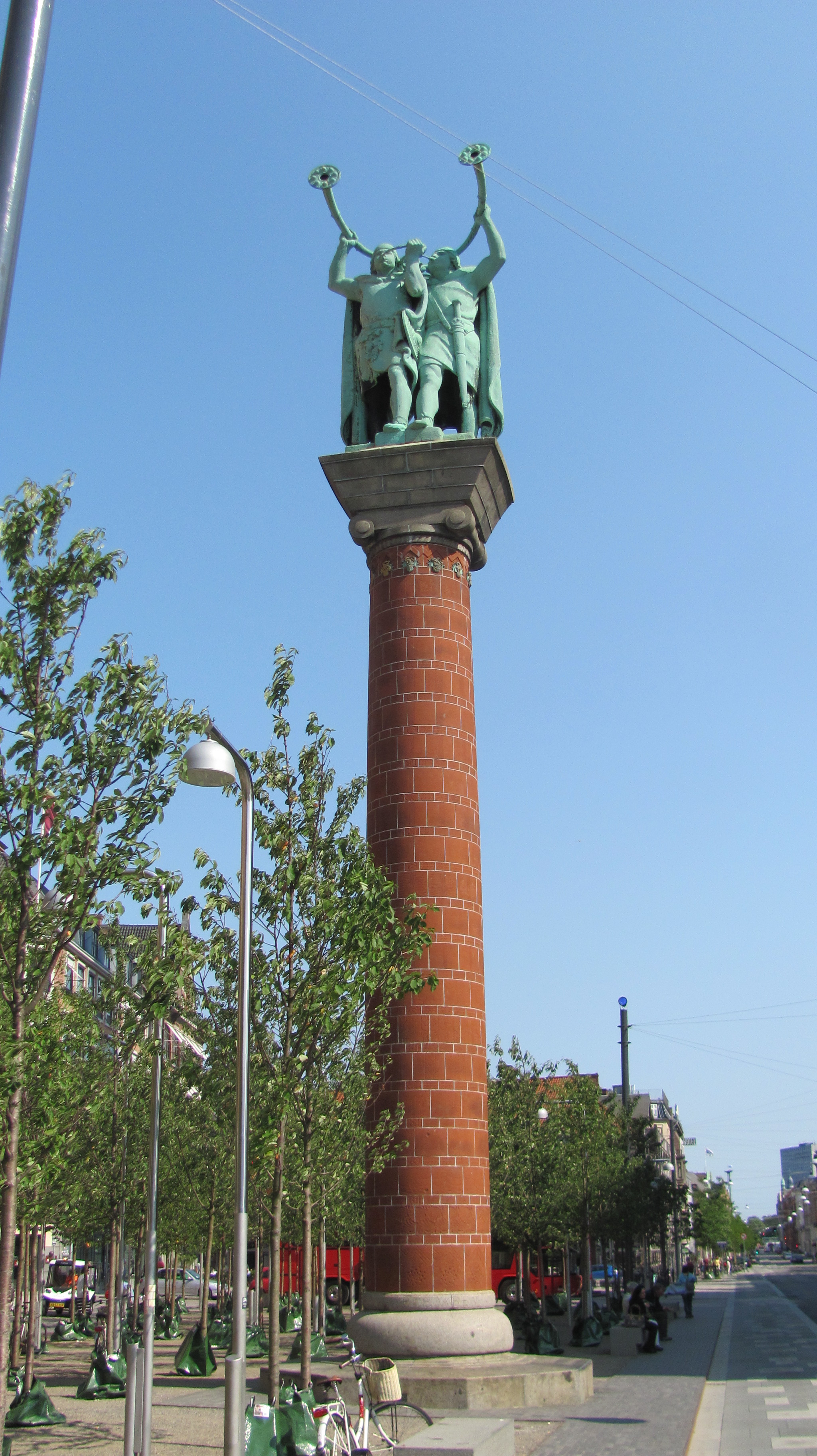