Lucca is another of Tuscany’s gems. It began as a Roman colony in 180 B.C. and elements of the Roman presence are still evident. However, the charm of the town is in its walls, which can be walked and provide spectacular views, 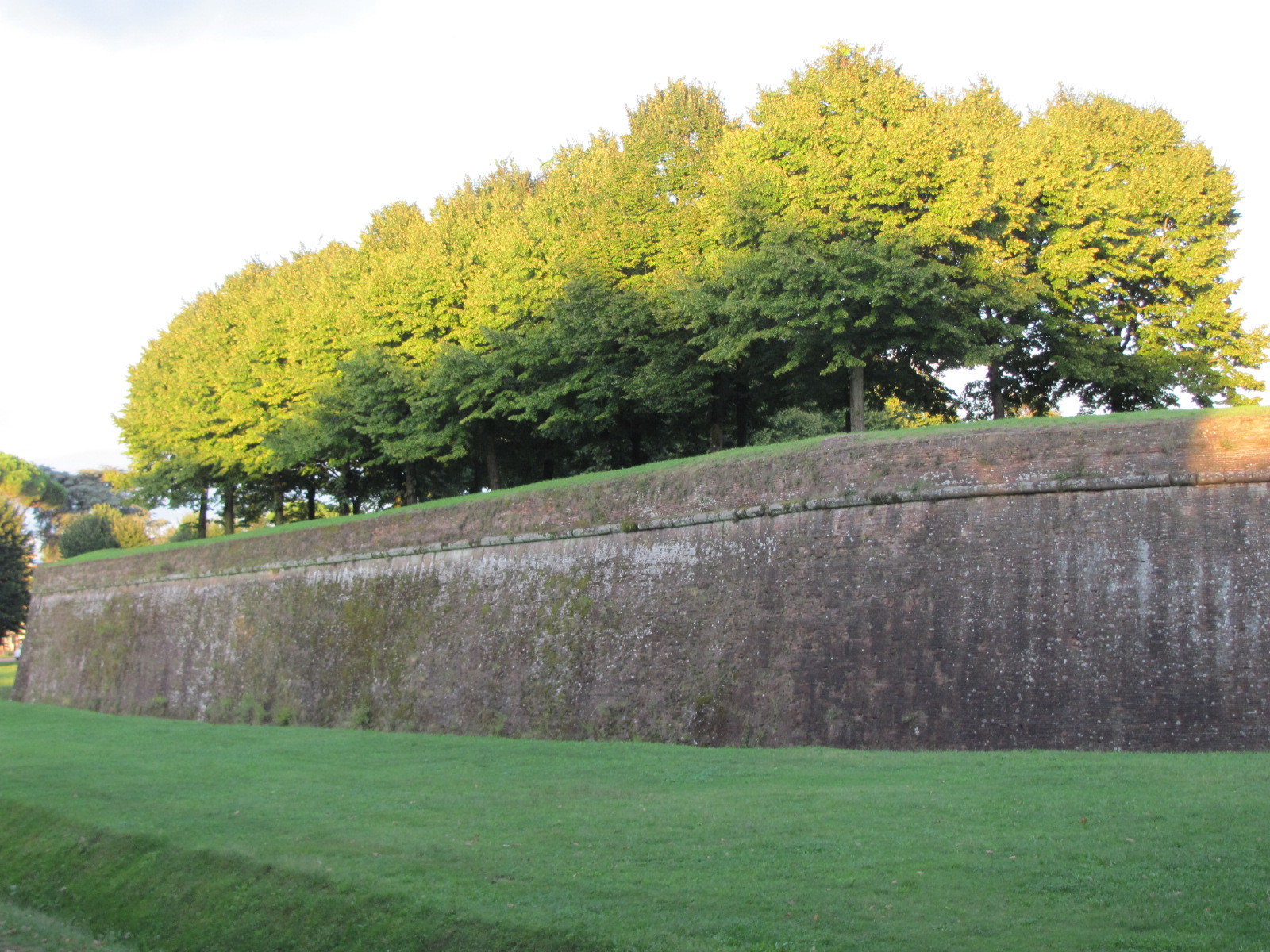 and its Medieval streets and piazzas.  The Cathedral, San Martino, which dates to the 11th century was done in the Romanesque style and is extremely imposing.  Also significant is the Church of San Michele in Foro, whose square is over the site of the original Roman Forum (hence the name) and which is still the major gathering place in town.  There are many other pleasures which await the visitor in this very walkable town. Gary’s “Walking Tour of Lucca,” available for purchase on the website for only $1.49, provides coordinated and convenient access to the major sights of the city.