St Augustine, Florida is the oldest continuously inhabited European settlement in the United States.  Its occupation began with Ponce de Leon’s landing here in 1513.  It was primarily a Spanish territory, but was ceded to England for a short time in the late 18th century.  The Spanish influence is still prominent with its Spanish fort, Castillo de San Marco,

and many homes with Spanish architecture. The city experienced another boom during the late 1800’s when Henry Flagler initiated the development of a winter resort area, by connecting the area via train tracks with the rest of the east coast. Flagler’s influence is still apparent when one visits Flagler College, in the city. 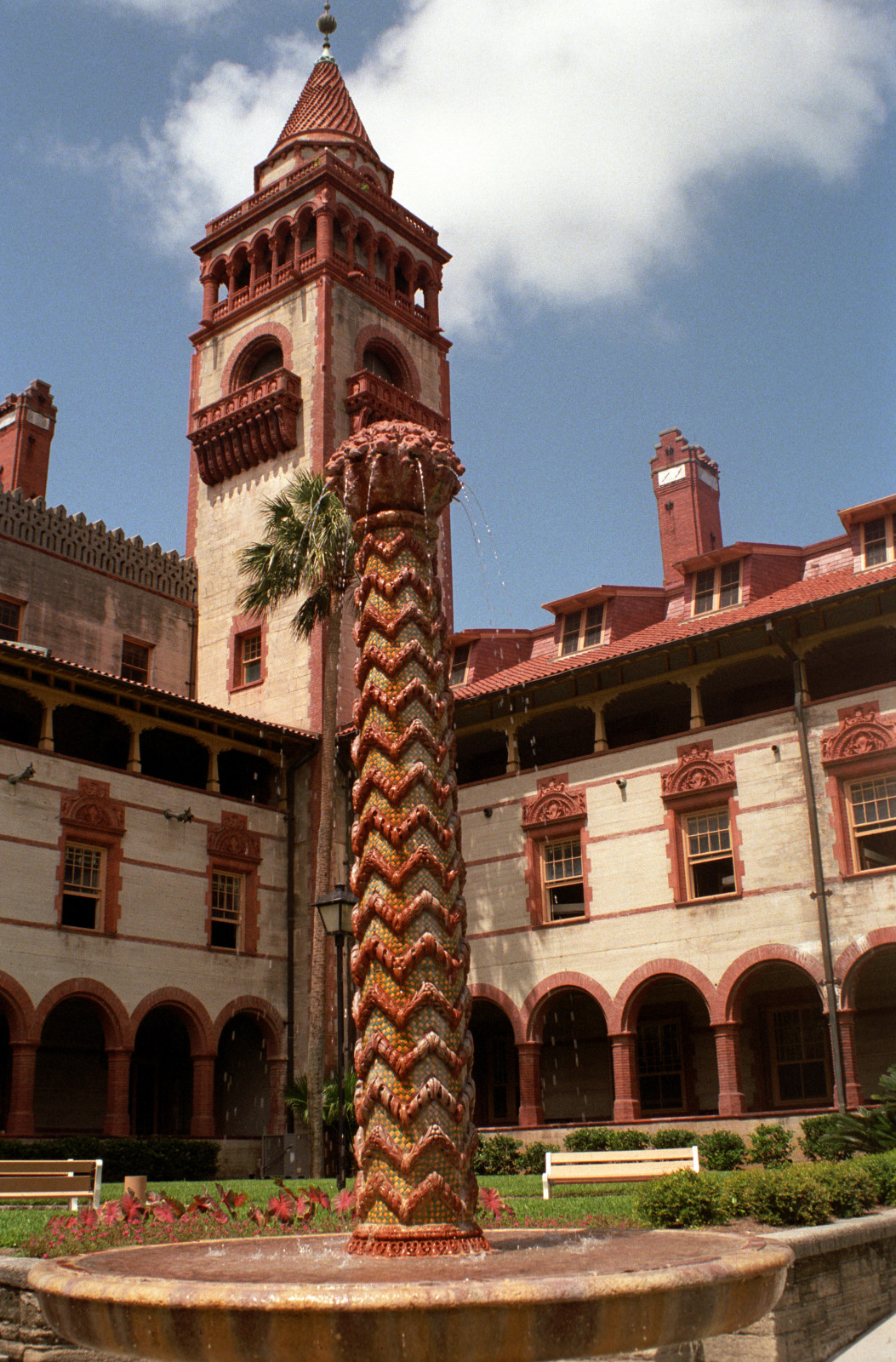 The wealth that once financed hotels and playgrounds for the rich is still evident in a tour of the college and its buildings.

Take Gary’s walking tour of the Old Town to be transported back into St Augustine’s colorful past, available on the website for only $1.49.