No one suspected that Xi’an, a former capital city of China and starting point of the Silk Road, held a secret which would become the most important archaeological find of the 20th century, until, in 1974, a farmer stumbled on a piece of sculpture which presaged this unbelievable find — an army of life-size Terra Cotta Warriors, about a mile from the recently discovered tomb of Qin Shihuang, the first emperor of the Qin Dynasty, who became emperor in 221 B.C. Since that fateful day, archaeologists have excavated thousands of the warriors, 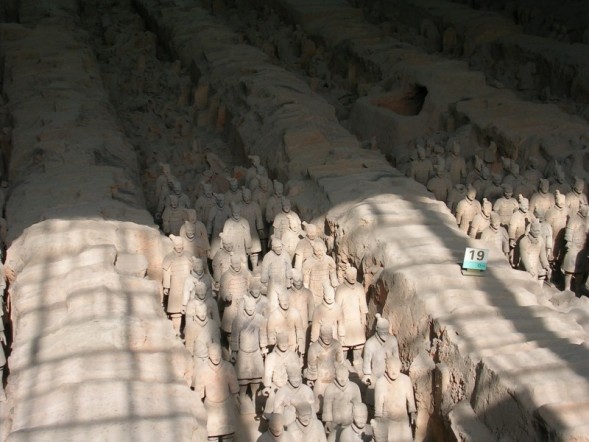 as well as an intricately sculpted chariot, in the first three vaults. No one knows how many there are in the entire complex. Visitors are allowed to proceed on a walkway by the pits which hold the warriors. 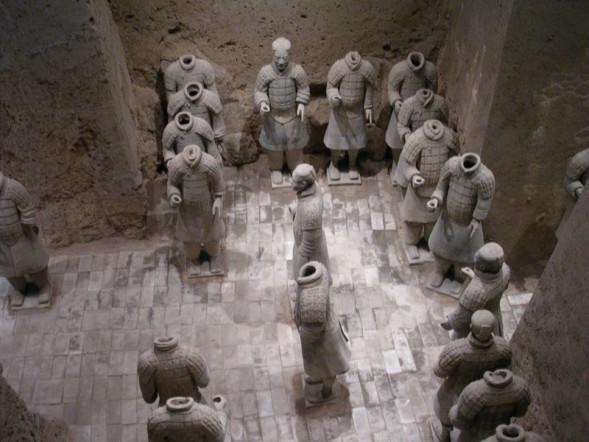 The entire area is now classified as a museum, the Qin Shihuang Bing Ma Yong Bowuguan.

The city of Xi’an, about 30 kilometers (19 miles) west of the complex, is a major tourist destination itself. It is a walled city which is pleasant to stroll and which contains several attractions. These include Nanmen (South Gate) where the visitor can access a walk along the walls (with great views of the old city and the new), Da Qingshen Si (the Great Mosque), with its well landscaped grounds, Gulou (the Drum Tower), 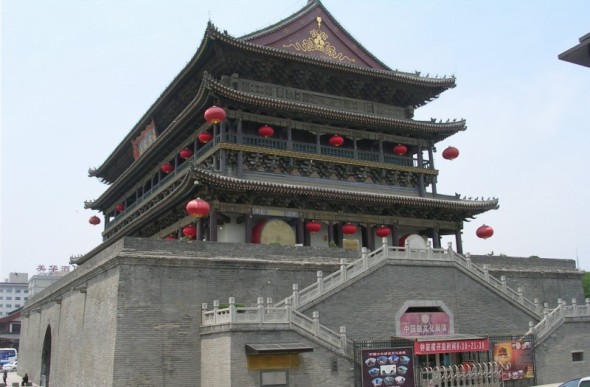 and the Zhonglouo (Bell Tower). These and other city sights can be conveniently accessed via Gary’s “Walking Tour of Xi’an,” available for purchase on this website for only $1.49. 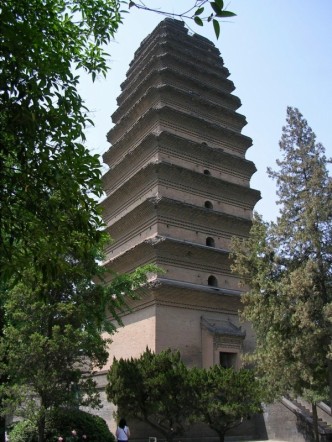 This entry was posted in Around the World, Spotlights and tagged Asian Travel, World Travel. Bookmark the permalink.