This group of the best travel destinations in the world really runs the gamut. There are places featured here from Europe, Latin America, Africa, Asia, and the United States.

240. Sports & Entertainment Halls of Fame, various places in the USA — These are wonderful places for aficionados. They allow visitors to relive great moments, learn about their favorites and honor the very best. My particular favorites are the Rock & Roll Hall of Fame in Cleveland, Ohio and the Baseball Hall of Fame in Cooperstown, New York. 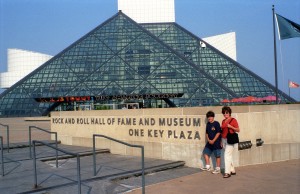 239. Ronda, Spain — This town is one of Spain’s “White Villages,” hill towns with white-washed houses. Ronda is famous for its gorge and bridge (see photo). Its bull ring is the oldest in Spain.  (Walking Tour available for purchase on website) 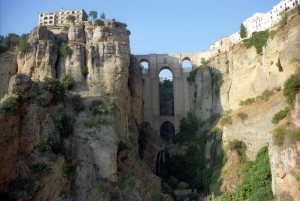 238. Valparaiso, Chile — This UNESCO World Heritage Site at the base of the coastal range of the Andes is a charming town whose wealth was acquired from the Chilean wheat that fueled the California Gold Rush in the mid-1800s. Since there was no Panama Canal then, shipping to the west coast of the United States involved travel around the southern tip of South America. Valparaiso was a major port in South America at the time. Be sure to climb (or travel by funicular) into the hills (cerros) to get the best views of the city. (Walking Tour available for purchase on website)

237. Luxembourg City, Luxembourg — The Old Town of this elegant city, after its many years of siege and battle, has become a veritable fortress, rising above the Petrusse River (really nothing more than a stream). It is fairly compact, easy to walk, and includes a number of significant sights. (Walking Tour available for purchase on website) 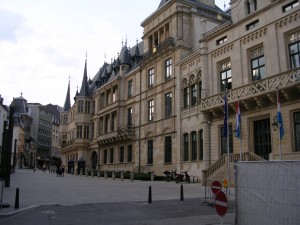 Palace of the Grand Duke, Luxembourg

236. Italy’s Lake Region — With its idyllic setting at the base of the Italian Alps and its Mediterranean climate, the area has been popular with tourists for many years. The names of the lakes, Lake Garda, Lake Como, and Lake Maggiore, conjure up images of palatial villas overlooking scenic lakefront. Even the hordes of tourists who descend on the region in the summertime cannot spoil the glorious scenery.

235. Everglades National Park, Florida, USA  — This “river of grass” is a huge wetland that occupies the southernmost part of the Florida mainland. It is a breeding ground and haven for many species of wildlife, especially the Florida alligator, pictured below. 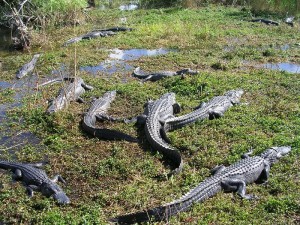 234.  Montevideo, Uruguay — While in Montevideo take a walk on the Rambla, a palm-tree-lined esplanade which winds around the waterfront. Notice the impressive Spanish Colonial architecture and learn about Jose Artigas, the country’s national hero. (Walking Tour available for purchase on website)

233.  Madagascar — This large island off the eastern coast of Africa contains some of the most unusual wildlife in nature. Many of these creatures are found nowhere else in the world.

232.  Salamanca, Spain — This elegant and exciting university city is alive with students, residents and tourists. Its Plaza Mayor is one of Spain’s most beautiful. (Walking Tour available for purchase on website) 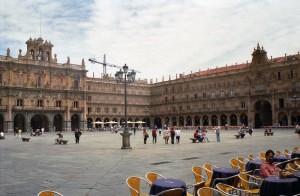 231.  Komodo National Park, Indonesia – This island is known for only one thing — it is the home of the world’s largest lizard, the Komodo Dragon. This huge reptile can be 3 meters (9 feet) long and weigh 50 kg (110 lbs).