Wonderful towns and cities mark this particular group of the top 4o tourist attractions on the Iberian Peninsula.

15. Avila, Spain — The enchanting town of Avila is noteworthy for two specific reasons. First, its city walls are among the finest and best preserved in all Europe. Second, it was the home of St Teresa, one of the most beloved saints of Roman Catholicism. 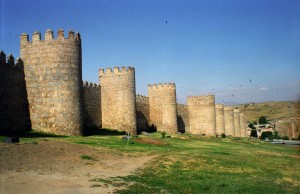 14. Gaudi Sites in Barcelona, Spain — Antonio Gaudi is one of the best-known and most beloved architects of the early Twentieth Century. His works are sprinkled all over the city of Barcelona. Parque Guell preserves a number of his creations. In addition there are several homes that he designed which can be visited (Casa Battlo, for example).

13. Alfama District, Lisbon, Portugal — Lisbon is a wonderful city to stroll through. In particular, this district captures the essence of the city and provides a great walk for visitors.

12. Torremolinos, Spain — My favorite city on the Costa del Sol is Torremolinos. The beaches are fabulous and incredibly fresh seafood is available at the town’s many restaurants. 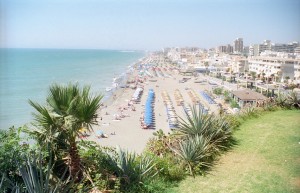 11. Ronda, Spain — This adorable “white village” is built along a deep gorge. Its “New Bridge” is a major attraction as is the medieval town itself. 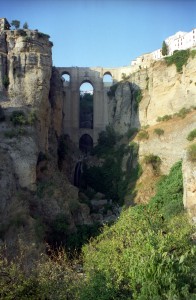