The city of Amsterdam, like Bruges, is located in the “Low Countries,” sections of Europe which are largely below sea level but which are able to survive due to technology in the form of dikes, canals, and windmills. In Amsterdam canals do not replace roads as they do in Venice but they are found parallel to roads, offering alternative transportation for residents and visitors.

Canals here are so ubiquitous that many live in houseboats. 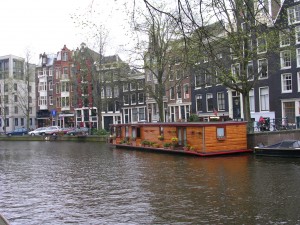 Obviously, with all these canals, there are hundreds of bridges in the city. 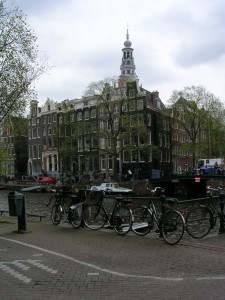