We finally reached the place that I most anticipated on this trip. The Old Town of Cartagena, Colombia is a World Heritage Site and a well-preserved Spanish-Colonial, walled city. Having seen pictures prior to leaving on this cruise, I was fascinated with the architecture and excited to stroll the streets myself. 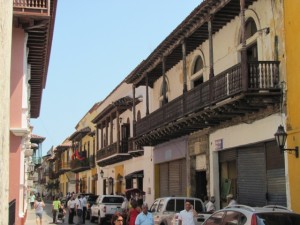 A Street in Old Cartagena

We entered the walled city through the Torre de Reloj, a clocktower just over the bridge from the Matuna section of the city. 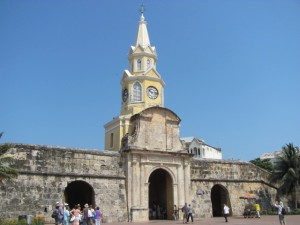 Upon entry visitors are treated to one of the most beautiful squares in the Americas. Plaza de los Coches (or Plaza de los Dulces) is lined with colorful, stately buildings and a monument to local hero, Pedro Heredia. 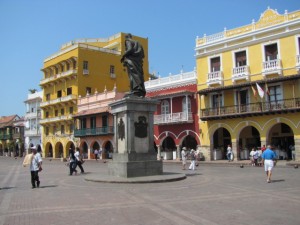 From here we followed my Walking Tour of Cartagena to reach the Santa Catalina de Alejandria Cathedral, a beautiful structure on the outside, 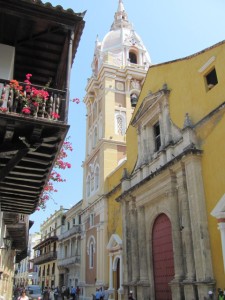 with a lovely interior as well. 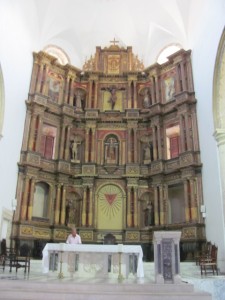 Nearby is Plaza Bolivar, a lovely treed park dedicated to the famous South American revolutionary. It is a popular place for locals since it is shaded and provides several fountains to refresh minds and bodies. 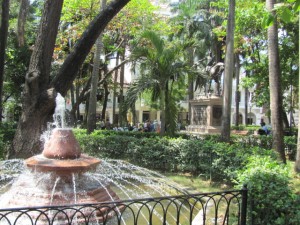 Also on this square is the Palace of the Inquisition, now a museum of history. 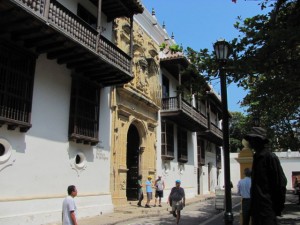 Palace of the Inquisition

Our next stop was Iglesia Santo Domingo and its lovely square, lined with restaurants and shops. We took a break here to have a beer (una cervesa) before proceeding. 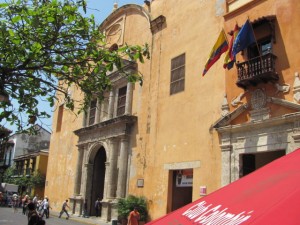 We walked from Santo Domingo to the peripheral city walls to walk the walls a bit. From here you can see the Caribbean Sea and also peek down some more attractive streets. 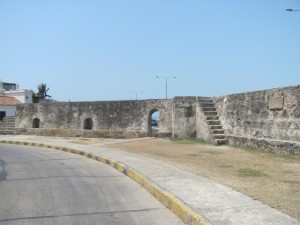 The city’s former prison vaults (Las Bovedos) have been converted into shops and are a Mecca for tourists to Cartagena. 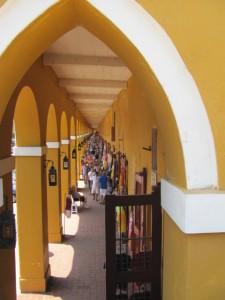 Our final stop within the Old City was San Pedro Claver Church, another classic Spanish church from the 1500s. 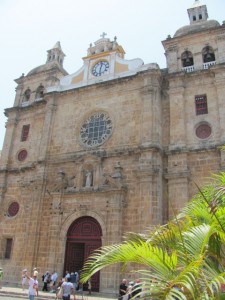 Before leaving the city and heading back to the cruise ship terminal we asked our taxi driver to take us by the city’s most important sight, Fuerte San Felipe de Barrajas, the pride of the city’s fortifications, just over the Heredia Bridge from the Old Town. 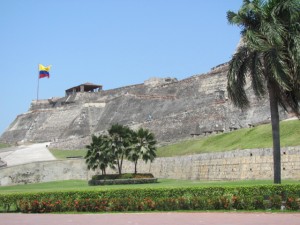 This entry was posted in Trips and tagged World Heritage Sites, World Travel. Bookmark the permalink.