Why Go to Mesa Verde?

Mesa Verde National Park contains some of the best-preserved, Native American cliff dwellings in the entire desert southwest. The park is located in the southwestern corner of Colorado, once the home of the Ancestral Pueblo people who built and occupied these dwellings from about 600 to 1300 AD. All Americans should become familiar with the Native people who inhabited this region long before the arrival of the Christopher Columbus or the Pilgrims. Particularly important sites in the park include the following:

1. The park’s most memorable dwelling is Cliff Palace, which had 150 rooms and over 100 residents. 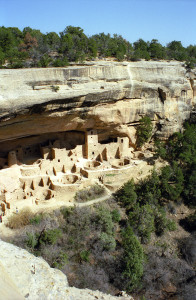 2. Balcony House is a medium-sized cliff dwelling with only forty or so rooms. 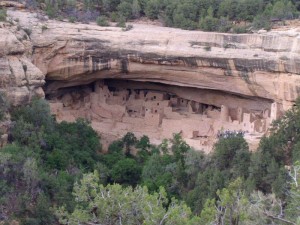 3. A third major dwelling is Spruce Tree House, the third largest of the cliff dwellings in Mesa Verde National Park. 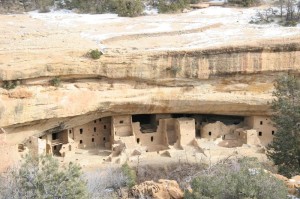