Architectural Wonders of the 13th Century

We are now beginning to survey some of the oldest structures that still remain intact. When visitors confront these buildings, they are truly amazed at how long-lasting some places are. They are marvels of construction. Here are my favorites from this time, long ago.

1. Bete Gyorgis, Lalibela, Ethiopia (1210) — Ethiopia’s rock churches are a world marvel and this is probably the most impressive of these structures, which are found in clusters in the western part of the country.
2. Heidelberg Castle, Heidelberg, Germany (1214) — The ruins of this prominent structure overlook the enchanting town of Heidelberg, known for its university. The setting lies along the Neckar River in Western Germany. 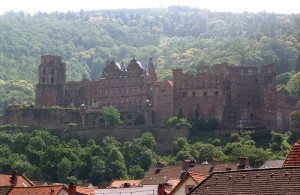 3. Duomo of Siena, Italy (1215) — This glorious church with its black and white striped marble is the rival of Florence’s famous duomo and is equally impressive. 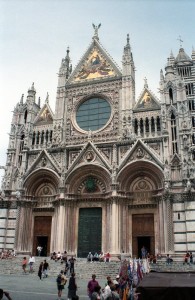 4. Toledo’s Cathedral, Toledo, Spain (1226) — Here is another of Europe’s great cathedrals. It is especially known for its gorgeous transparante. 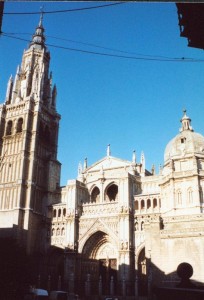 5. Basilica of St Francis, Assisi, Italy (1228) — This church was built as a tribute to one of Christianity’s most venerated saints. St Francis is remembered for his ascetic lifestyle and his love of animals. He founded the Franciscan Order of Monks. 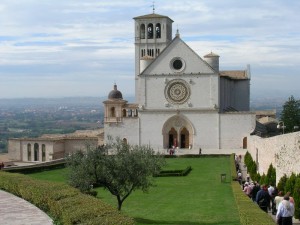 6. Binnenhof, The Hague, Netherlands (1229) — This large complex, situated on a lake in the center of town, is now occupied by government buildings and museums, but retains its elegance.
7. Santa Maria Novella Church, Florence, Italy (1246) — This lovely church has numerous art treasures within and a distinctive and unusual facade. 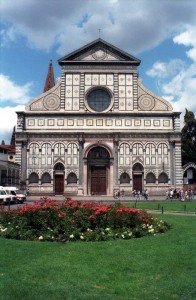 8. Dom, Cologne (1248) — This impressive cathedral, one of the world’s largest dominates the skyline of the important commercial city in the northern part of Germany.
9. Moai, Easter Island, Chile (1250) — Much of this island is cloaked in mystery, especially concerning the origin and purpose of these impressive stone monuments which are strewn throughout the countryside.
10. Great Buddha of Kamakura, near Tokyo, Japan (1252) — This stately and solemn bronze Buddha is one of the largest in the world and has been hosting pilgrimages and tourists for hundreds of years. 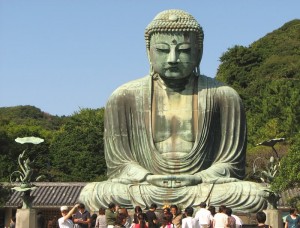 11. Buda Castle, Budapest, Hungary (1265) — Across the Danube from the city of Pest, this prominent castle entices visitors to a charming district of cobblestone streets, shops, and restaurants.

12. Castel Nuovo, Naples, Italy (1279) — This impressive structure overlooks the busy port of Naples, the largest city in southern Italy. The formidable fortification dominates the square.
13. Hofburg, Vienna, Austria (1279) — This major complex of palaces, churches, and other buildings was the winter residence of the rulers of this important nation and display, fittingly, the power and wealth of the Hapsburgs. 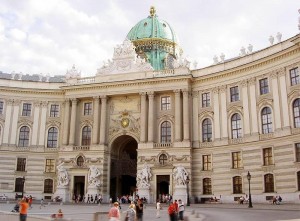 14. Caernarfon Castle, Wales (1283) — This is one of the most impressive castles in Great Britain and is the most popular destination in the interesting country of Wales.
15. Conwy Castle, Wales (1283) — Just as formidable as Caernarfon (#9 above), this castle’s interior is even more impressive than its exterior.
16. Duomo, Orvieto, Italy (1290) — Here is another of Italy’s most beautiful churches, with mosaics and sculptures that attract thousands of tourists each year.
17. Duomo, Florence, Italy (1296) — Perhaps the most beautiful of all Italy’s churches, the striking exterior has numerous statues in niches of the pink, green and white marble. The campanile, built much later, continues in the same pattern, and the church’s Baptistry, opposite the front door, contains Ghiberti’s famous bronze doors that depict scenes from the Bible. 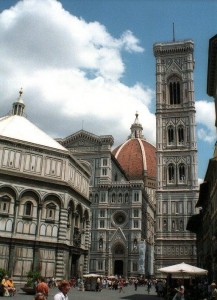