Architectural Wonders of the 15th Century

In this pivotal century we see many influences of the Renaissance, the burgeoning of the Arts which has become such an influential epoch in the history of the world. Again, many of the edifices that I have listed below can be found in Europe, where this flowering is most evident.

1. Seville’s Cathedral, Seville, Spain (1401) – This immense structure, one of the world’s largest churches, is augmented with an exquisite bell tower, formerly a minaret, the Giralda, which has become a symbol of the city. The church reputedly contains the remains of Christopher Columbus, although this fact is disputed.
2. Forbidden City, Beijing, China (1406-1420) – A home to Chinese emperors for hundreds of years, this huge complex, at one end of Tiananmen Square, was once off-limits for all but the most important personages, but is now open to the public and the major tourist destination in the city.
3. Astronomical Clock, Prague, Czech Republic (1410) — This is the oldest working clock of its kind in the world. Visitors are treated to its interesting display hourly. 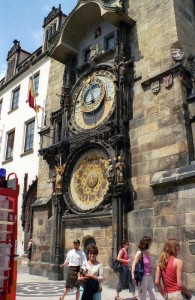 4. National Palace, Sintra, Portugal (1415) – This distinctive and colorful royal residence sits prominently on a hill in the royal city of Sintra, just north of Lisbon.
5. Machu Picchu, near Cusco, Peru (1430) – This city in the clouds, built by the Incas, was unknown to the world until its discovery in 1911. Its located, 8,000 feet up in the Andes Mountains, has made it virtually inaccessible until recently. 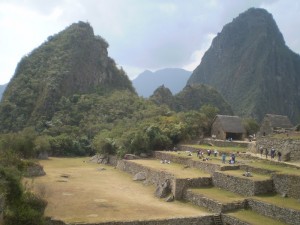 6. Onofrio Fountain, Dubrovnik, Croatia (1438) — This lovely fountain graces the city’s Main Square. It was once adorned with sculptures but they were destroyed in an earthquake. 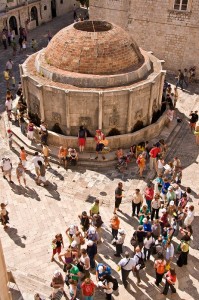 7. Hotel-Dieu, Beaune, France (1442) – This hospice, a charity hospital for the needy and poor, is now a popular museum in this charming town, within the province of Burgundy. 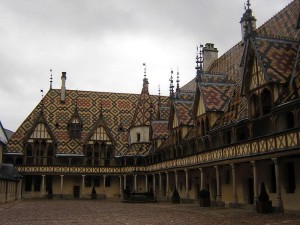 8. Windsor Castle, Windsor, England (1450) – This major residence of the Royal Family is located just northwest of London and is a remarkable complex.
9. Old Bridge (Stari Most), Mostar, Bosnia-Herzegovina (1454) – Destroyed in 1993, this picturesque bridge has been lovingly restored.
10. Mehrangarh Fort, Jodhpur, India (1459) – Here is another of India’s significant fortifications in the province of Rajastan. It is one of the country’s largest and is prominently situated above the city.
11. Topkapi Palace, Istanbul, Turkey (1459) – This huge complex, located strategically at the junction of the Bosporus and the Golden Horn, was, for hundreds of years, the residence of Turkish rulers. The Royal Treasury and the Harem are two of the major highlights. 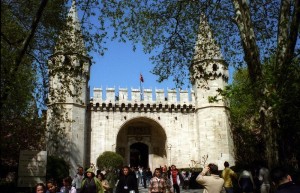 12. Anne Hathaway Cottage, Stratford-upon Avon, England (1460′s) – This beautiful, thatch-roofed house was the birthplace and childhood home of William Shakespeare’s wife. It is one of the best examples of this type of country architecture in all of Great Britain. 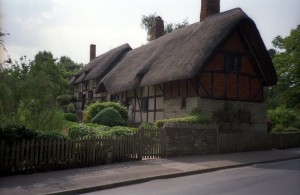 13. York Minster, York, England (1472) – This imposing, Gothic cathedral features a light, airy interior, despite its immense size. It presides over the medieval, walled city of York and can be seen from throughout the city. 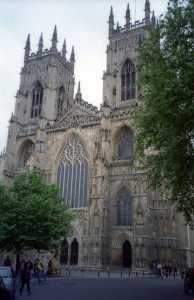