Architectural Wonders of the 17th Century

The following is my list of the major architectural achievements of the 17th century. There are some extremely notable structures whose existence began during this period.

1. Rosenborg Castle, Copenhagen, Denmark (1606) – This palace was built by Danish monarch, Christian IV and was used as a royal residence for approximately 100 years.
2. Blue Mosque, Istanbul, Turkey (1617) – This exquisite mosque, actually the Sultan Ahmed Mosque, received its common name because of the preponderance of blue tiles lining the interior. 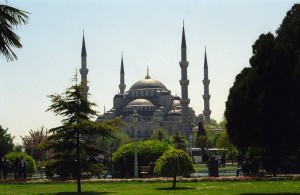 3. Nijo Castle, Kyoto, Japan (1626) – This fortified palace complex sits at the heart of the former Imperial City of Kyoto, one of the most visited cities in all Japan.
4. Kiyomizu-dera Temple, Kyoto, Japan (1633) – Perhaps the holiest religious building in Japan, this temple sits, dramatically situated, on a slope in the ancient city of Kyoto and was considered as one of twenty entrants when a modern Seven Wonders of the World were selected.
5. Red Fort, Old Delhi, India (1639) – This prominent complex dominates the historic section of Old Delhi. It is named for the dark red sandstone of which it is composed.
6. Potala Palace, Lhasa, Tibet, China (1645) – This elaborate residence was home to the Dalai Lama until he fled the country in 1959. It dominates the landscape of the Tibetan capital and is now a museum. 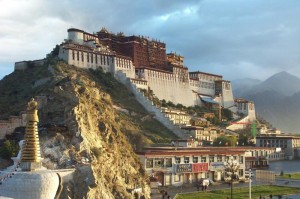 7. Taj Mahal, Agra, India (1648) – Described by many as the most beautiful man-made structure in the world, this tomb has captured the imagination of millions, as the ultimate symbol of love and undying devotion.
8. Cathedral of Santo Domingo, Cusco, Peru (1654) – This large church dominates the central square, Plaza de Armas, of the important Incan city of Cusco, gateway to Machu Picchu. 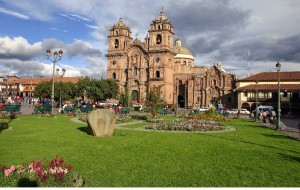 9. Versailles, Versailles, France (1664) – Here is the world’s quintessential palace, the standard against which all others are compared. A visit here is the most popular excursiion from nearby Paris. Louis XIV had this ornate masterpiece built to show off his wealth. 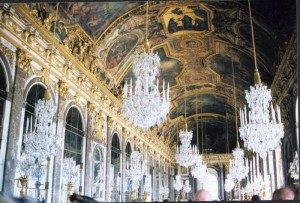 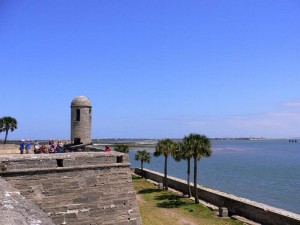 11. Tiger’s Nest Monastery, Paro, Bhutan (1674) – This precipitously perched temple and shrine, in the mysterious country of Bhutan, is a popular hike from the interesting city of Paro.
12. Nymphenburg Palace, Munich, Germany (1675) – The summer residence of the powerful rulers of the German state of Bavaria is another opulent mansion, replete with manicured grounds and an elaborate interior. 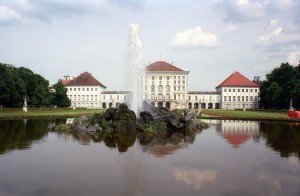 13. St Paul’s Cathedral, London, England (1675-1710) – An important symbol and landmark in London, this huge church was built by Christopher Wren, after London’s famous Great Fire of 1666. 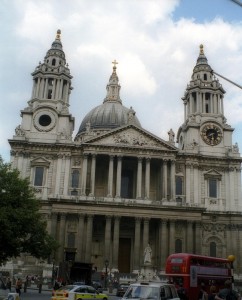 14. La Parroquia, San Miguel de Allende, Mexico (1683) – The most prominent and distinctive church in this popular city, north of Mexico City, is also known as the Church of St Michael the Archangel. 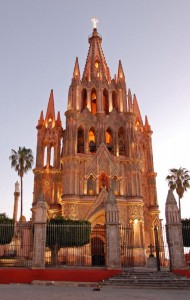 15. Schonbrunn Palace, Vienna, Austria (1696) – Another dramatic and stately “summer” residence, this palace seems to be modeled on Versailles (see # 5 above). Its extensive fountains and gardens are a fantasy of water and greenery, presided over by an impressive gloriette. 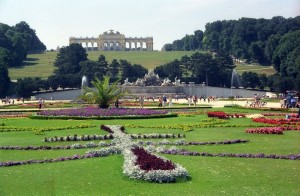 16. Grand Place, Brussels, Belgium (1697) – One of the most elegant squares in all of Europe, the Grand Place is ringed with ornate and pretentious Guild Houses. Every other year, in August, much of the square is covered with a carpet of colorful begonias, making it even more attractive. 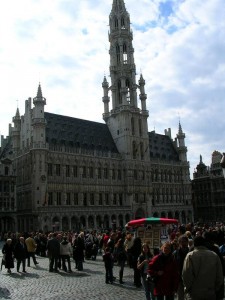