Architectural Wonders of the 19th Century

The following is my list of the most significant architectural accomplishments of this important century. Several of the world’s travel icons appear on this list.

1. Arc de Triomphe, Paris, France (1806-1836) – This monument to the military achievements of Napoleon sits at the end of one of the most famous streets in the world, the Champs Elysses, and provides great views of Paris. 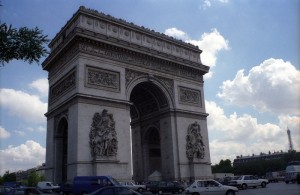 2. Buckingham Palace, London, England (1825-1913) – The glorious residence of the Queen of England is the daily scene of typical British pomp and circumstance, with the Changing of the Guard ceremony.

3. United States Capitol Building, Washington, DC, USA (1829) – This magnificent structure is much-copied around the country and around the world. 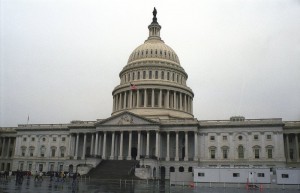 4. Helsinki Lutheran Cathedral, Helsinki, Finland ((1830-1852) – This pure white structure is the most recognized edifice in Helsinki, a modern city which, nevertheless, has numerous classical-looking buildings.
5. Washington Monument, Washington, DC, USA (1848-1885) – The most recognizable obelisk in the world is a memorial tribute to America’s first president and “father” of his country. It sits in a prominent location on the Mall and provides fabulous views of the city.

6. Big Ben and Parliament. London, England (1858) – St Stephen’s Tower and the sound of its bell (Big Ben) are probably the most recognizable symbols of England. The complex is suitably exquisite in its detail. 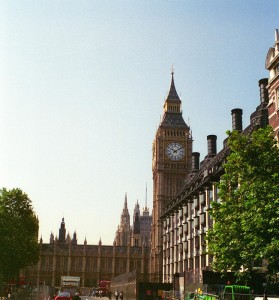 7. Sacre Coeur, Paris, France (1875-1914) – This distinctive church on the top of the hill known as Montmartre has a commanding view of the entire city. Its whiteness and unusual design were not immediately accepted by Parisians, but it has now become an important attraction in the city. 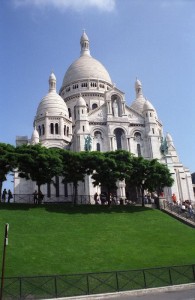 8. Parliament Buildings, Ottawa, Ontario, Canada (1877) – Obviously designed to evoke the power and strength of the country of Canada, these buildings dominate the city. 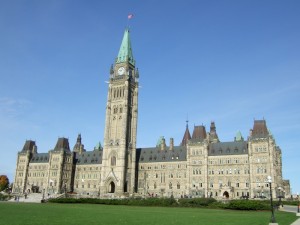 9. Iolani Palace, Honolulu, Hawaii, USA (1882) — This is the only royal residence in the United States. It is a symbol of the unification of the Hawaiian Islands which was accomplished by King Kamehameha. 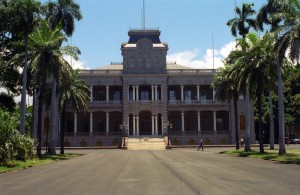 10. La Sagrada Familia, Barcelona, Spain (1882-?) – Still incomplete, this incredible church is the crowning glory of the career of Antonio Gaudi, the city’s mostg beloved architect. The structure is fraught with symbolism. 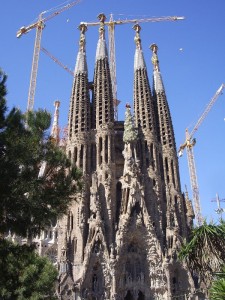 11. Parliament Building, Budapest, Hungary (1885-1902) – This grandiose complex dominates a section of the Danube River and ranks with the parliament buildings in London as one of the most exquisite government structures in the world. 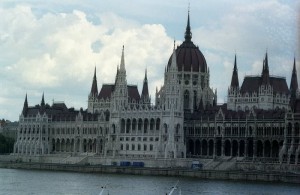 12. Victor Emmanuel Monument, Rome, Italy (1885-1911) – The “wedding cake” was much despised by Romans for many years, because of its whiteness,, its arrogant design, and its location close to the Roman Forum and Michelangelo’s Campidoglia. 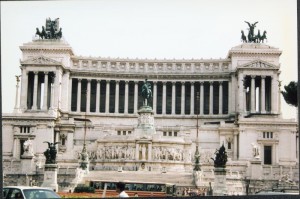 13. Eiffel Tower, Paris, France (1887-1889) – Originally scheduled to be dismantled after the World’s Fair of 1889, it was saved from destruction and has become a lasting symbol of one of the most beautiful cities in the world. 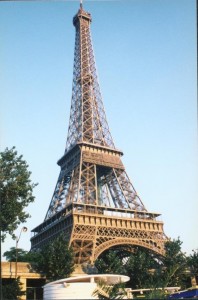 14. The Breakers, Newport, RI, USA (1893) – The most beloved of the Newport mansions, an impressive group of “summer cottages” of the very rich along Bellevue Avenue, one of the most elegant streets in the world. 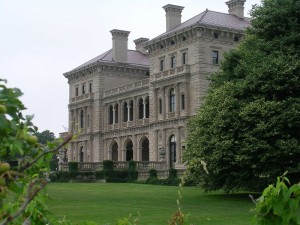 15. Tower Bridge, London, England (1894) – This distinctive span across the Thames River has charmed visitors for over 150 years. Its powder blue color and unusual design have become an enduring symbol of the city. 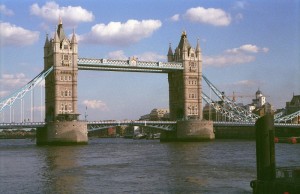 16. Biltmore Estate, Asheville, NC, USA (1895) — This mansion was built by one of the Vanderbilts and is considered the most elegant American palace. 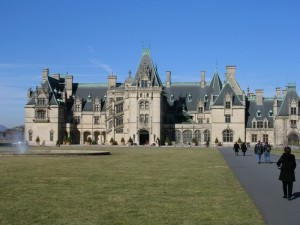 17. St Louis Cathedral, Fort-de-France, Martinique (1895) — This interesting church, made of steel to prevent deterioration, is a French national monument. 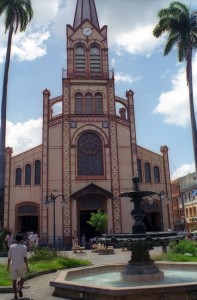 18. Parliament Buildings, Victoria, BC, Canada (1898) — This gorgeous complex overlooks the Inner Harbor of the delightful city of Victoria. 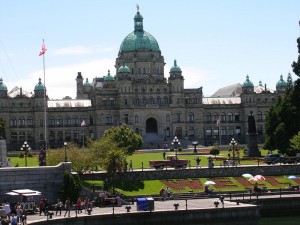