Armories are beautiful places. Despite their purpose which implies violence and destruction, they employ designs usually associated with castles, making them particularly interesting architecturally. Older states like Rhode Island typically have armories which have existed for sometimes hundreds of years. The are distinctive and often historically significant. This post will highlight some of the most impressive Armories of Rhode Island.

Woonsocket’s Armory is very similar to others in the state and is located at 350 South Main Street, just outside the downtown. 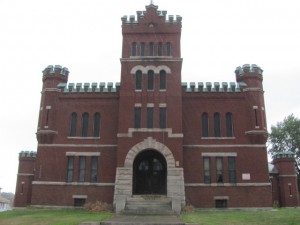 In Pawtucket, the armory is Romanesque Revival in style and has the crenelated towers characteristic of many castles. It dates to about 1895 and was built by William R Walker & Son, an architectural firm responsible for many of Rhode Island’s armories and town halls. 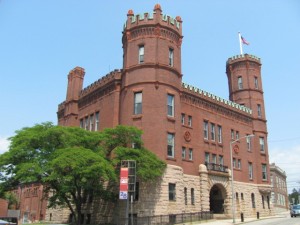