150.  Suzhou & the Water Villages, China — To see classical Chinese gardens, go to Suzhou. The city boasts numerous examples of these traditional fantasies of water, rocks, and plants. My favorites are the Humble Adminstrator’s Garden and the Lion’s Grove Garden (Walking Tour available on website). Also in this area, about 70 miles (110 km) west of Shanghai are several of China’s “water villages.” Zhouzhuang is the prettiest of these with its arched bridges and tiled roofs. 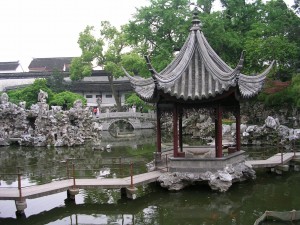 149.  Oaxaca, Mexico — Founded in 1529, Oaxaca is one of the best-preserved Colonial cities in Mexico. It was also the birthplace of national hero, Benito Juarez and is a UNESCO World Heritage Site (Walking Tour available on website) . Nearby is Monte Alban, a Zapotec city which reached its peak around 300 AD.

148.  Alsace Villages, France — The Alsace is an area of France near the German-Swiss border which has changed hands (between France and Germany) many times over its history. It is also a major wine-producing area of France today, and its “Wine Road,” (route du Vin) is extremely popular with knowledgeable tourists. The incredibly Disney-esque, picture-perfect villages that dot the road vie for the attention of the traveler with their walled, medieval flavor, their castle-on-the-hill, and their flower-bedecked windowboxes. 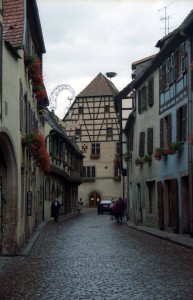 147.  Fiji — Fiji is a group of islands to the west of Hawaii. Take a drive along the Queen’s Road, which traverses the southern coastline, and the King’s Road, in the north to find the many excellent beaches and other attractions.

146.  Masai Mara Game Reserve, Kenya — This is the most popular wildlife park in Kenya. It is contiguous with Serengeti National Park and wildlife moves easily from one area to the other especially during the annual migration. All of the “Big Nine” are potentially visible here. Probably the best place to see animals is at Oloololo, the escarpment on the western edge of the reserve.

This entry was posted in Best of ... and tagged Walking Tours, World Heritage Sites, World Travel. Bookmark the permalink.