This group of the world’s best travel destinations spans four separate continents and many, many miles. The group combines dramatic scenery with ancient cities.

80.  Ephesus, Turkey — This ancient Roman City in the Anatolian region of Turkey was an extremely important port during the time of the Roman Empire. Its origins actually date the to the time of Alexander the Great, about 400 BC, and its influence continued unabated until about 600 AD. Due to the receding of the Mediterranean Sea, Ephesus is now about seven (7) miles from the coast. One of its best preserved structures is the Celsius Library, once a rival to the libraries at Alexandria and Pergamum. 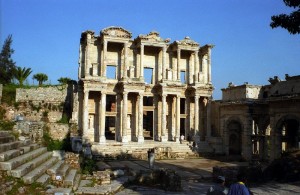 79.  Jaipur, Rajastan, India — This city of northern India is often included with Agra and Delhi as a group known as the Golden Triangle of tourist sites in India. Jaipur is known as the “pink” city because of the color of the city walls and buildings. Besides the City Palace, visitors flock the Amber Fort, just a few miles to the north.(Walking Tour available for purchase on website)

78.  Maui, Hawaii, USA — Maui is the second largest of the Hawaiian Islands. It is a land dominated by two volcanoes, Haleakala to the east and Pu’u Kukui to the west. Maui is called the “valley island” because of the wide valley between these two volcanoes. Spending an afternoon driving the Road to Hana, driving to the top of Haleakala to see the sunrise, or feasting at the Lahaina Lu’au, are some of the favorite activities here. 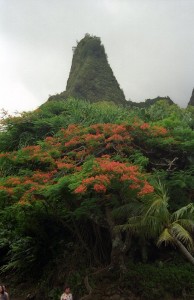 77.  Amazon River Cruise, Brazil — The Amazon is the largest river in the world. It travels from Lake Lauricocha in the Peruvian Andes to the Atlantic Ocean, a distance of almost 4,200 miles (almost 7,000 kilometers). Most river cruises leave from Manaus, in the middle of the Amazon basin.

76.  Zanzibar, Tanzania — This island has always conjured up exotic images. Commercially, the city of Zanzibar was important for the spice trade. There are actually two (2) islands that make up Zanzibar — Umguja and Pemba. Stone Town, the most important location for the tourist is found on the former (Walking Tour available for purchase on website).