This unbelievable combination of sights includes some of the most beautiful places in the world. This installment of the world’s best travel destinations includes the historical, the charming, and the impressive.

30.  Santorini, Greece — The idyllic island of Santorini is one of the world’s most enchanting places. Imagine traveling by ship through an opening in some rocks ahead to find yourself inside a volcanic crater with steep, dark walls. Then look further to see white-washed villages spilling down the crater walls toward the sea. You are in Santorini and you have just experienced one of the most breath-taking approaches in the world. Once off the ship, you will find yourself walking through a maze of narrow alleys and, every so often, will be able to look out into the crater from which you came, taking in one of the loveliest views you have ever seen. 29.  Serengeti National Park, Tanzania — Serengeti was established as a national park in 1951 and is the second largest and most famous of this country’s parks. It actually lives up to its expectations as an African savanna teeming with exotic, large wildlife. The annual migration, corresponding with the arrivals of the wet and dry seasons of the savanna, are legendary.

28.  Xi’an & the Terra Cotta Warriors, China — No one suspected that Xi’an, a former capital of China and starting point of the Silk Road, held a secret which would become the most important archaeological find of the 20th Century. However, in 1974 a farmer stumbled on a piece of sculpture which presaged this unbelievable treasure trove — an army of life-sized Terra Cotta Warriors, about a mile from the recently discovered tomb of Qin Shihuang, the first emperor of the Qin Dynasty. Qin became emperor in 221 BC. Since that day, archaeologists have excavated thousands of warriors and other military equipment. The city of Xi’an is also a treasure (Walking Tour available on website). 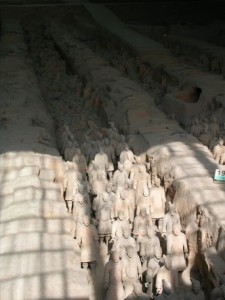 27.  Rio de Janeiro, Brazil — This city presents an image which is one of the most recognized in the world — Copacabana Beach and Ipanema Beach, closed in by skyscrapers, with Sugarloaf Mountain looming overhead, and, behind and looking down on the city at the Corcovado, the outstretched arms of Christ the Redeemer. What an incredible panorama! Unfortunately this calm, magnificent setting is juxtaposed with a scary reputation for lawlessness and crime, especially directed at tourists. One hopes that peace and security will be established prior to the hosting of the Summer Olympics in 2016. (Walking Tour available for purchase on website) 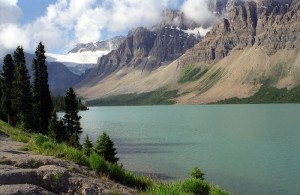