Geological Travels Around the World — The Power of Erosion

The science of geology deals with the ever-changing surface of the earth and the mechanisms which operate to facilitate these changes. Plate Tectonics is one of the major forces that shape the landscape of the earth, causing phenomena such as earthquakes, volcanoes, and mountain-building. Another force which actively alters the earth’s surface is erosion from wind or water.

Erosion is the wearing away of the land by forces such as wind or water. It is the major force of destruction on Earth. For example, as mountains form due to uplift, they begin to erode due to weather. When the rate of erosion exceeds the rate of rise, the mountains begin to decrease in height. Mountains in the USA are a perfect example. In the east, the Appalachian Mountains, which were once as high as the Rockies, are getting smaller because erosion has overtaken mountain-building. The Rockies, on the other hand, are still rising since the rate of erosion is still less than than the uplift force. Probably the most dramatic examples of the forces of erosion are found in canyons, usually formed by the action of rivers eroding their banks over time. The Grand Canyon in the United States is the premier example of this type of erosion.

Power of Erosion Around the World

Grand Canyon, Arizona, USA — The paragon of erosion geology offers scientists a look at over 2 billion years of earth history. 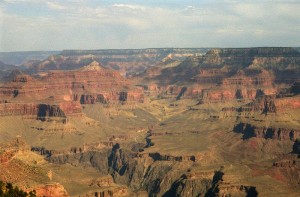 Canyonlands National Park, Utah, USA — This is a smaller (not as deep or as wide) version of the Grand Canyon, cut by the same river (Colorado River). 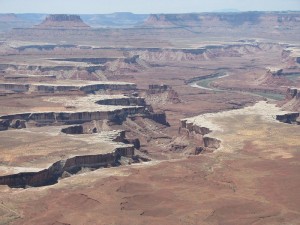 Black Canyon of the Gunnison National Park, Colorado, USA — The Gunnison River has cut one of America’s deepest canyons — it is called “black” because very little sun gets to the bottom of the canyon. 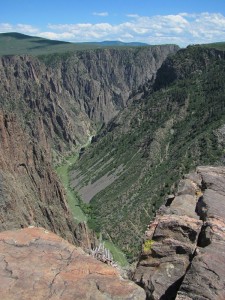 Black Canyon of the Gunnison

Grand Canyon of the Yellowstone, Wyoming, USA — This gorgeous canyon was cut by the Yellowstone River and is a major attraction in this, the grand-daddy of national parks. 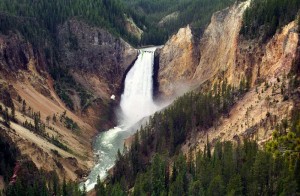 Checkerboard Mesa, Zion National Park, Utah, USA — Along the Zion-Mt Carmel Highway, visitors are treated to a landscape which features checkerboard mesas, ancient sand dunes which have hardened into rock after being subjected to wind erosion. 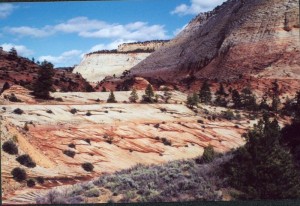 Arches National Park, Utah, USA — Natural arches are formed by a combination of water erosion and frost wedging (ice forms in pockets or crevices of rock; when the ice melts it expands making the opening larger; this happens over and over producing a large opening, an arch). 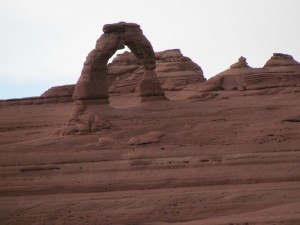 The Flume, White Mountains, New Hampshire, USA — This chasm is still being cut through the bedrock by an attractive stream. 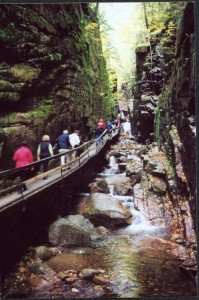 This entry was posted in Photo Albums and tagged National Parks, World Travel. Bookmark the permalink.