Why Go to Crete?

The largest and most southerly of the Aegean Islands is the island of Crete. It was home, for many centuries, to the Minoan civilization. Some archaeologists suggest that this civilization was eradicated by a huge tidal wave which resulted from the eruption of a volcano on the island of Santorini, several hundred miles to the north. Crete is most famous for the archaeological excavation of Knossos, the seat of the Minoans. Be sure to include Crete in your Greek adventure for at least the following reasons:

1. Knossos was a Bronze Age city and home to an incredibly sophisticated and resourceful culture, known as the Minoans. The city was excavated by Sir Arthur Evans in 1900 and for many years thereafter. 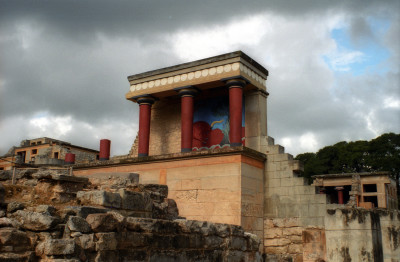 2. Evans was criticized for recreating some of the structures, even coloring them as they would have looked during the heyday of the Minoans. 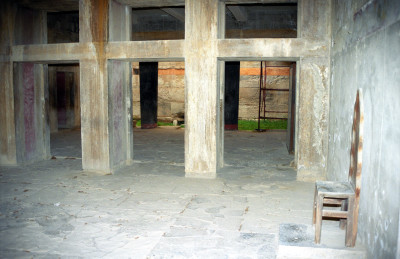 A Room in Knossos Palace

3. Barrels which once contained stores of olive oil have also been reassembled to give visitors concrete images of some of the elements of this rather advanced society. 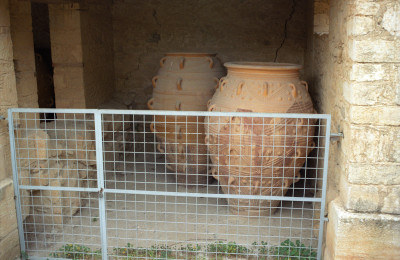 4. The city of Heraklion is the typical entry point for visitors to this fascinating island. 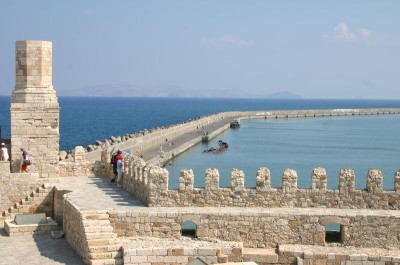