Beyond the typical tourist sights of a city, there are often other places which are worthwhile for the traveler. I call these spots “hidden gems,” and I am always looking for them in literature or when speaking to locals. Here is a collection of these “gems” for Washington, DC, our nation’s capital.

Einstein Memorial — located on the grounds of the National Academy of Sciences Building (2100 C St, NW), across Constitution Ave from the National Mall. 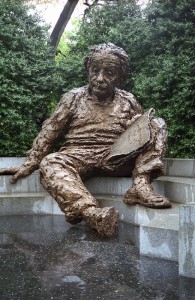 The Awakening — this larger than life statue of a giant emerging from beneath the ground used to reside at Hains Point, in the Tidal Basin, but has been recently moved to the new National Harbor area, across the Potomac in nearby Maryland. 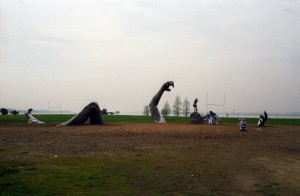 Game Fish — this intriguing and entertaining work of art is located in one of the Smithsonian Institute’s lesser known buildings, the Renwick Gallery. It is located on Pennsylvania Avenue, at 17th St, near the White House. The piece is a nostalgic and witty play on words. 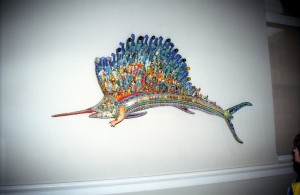 Roosevelt Island — an island in the Potomac, this place contains the Theodore Roosevelt Memorial, a tribute to our nation’s most environmentally-conscious president. The island lies west of the Francis Scott Key Bridge, between Arlington and DC. 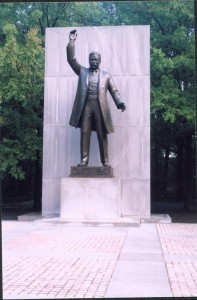 Library of Congress, Jefferson Building — located near the Capitol Building, this stately, ornate construction houses a huge reading room, The Great Hall, which sports a stained glass ceiling, 75 feet above the floor. 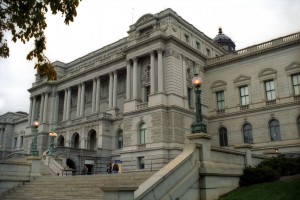 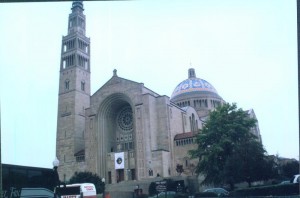 Basilica of the Immaculate Conception 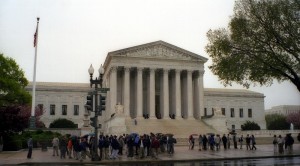