We broke up our Italy and Croatia travel day, on the drive from Ljubljana to Split, Croatia, by stopping for an hour or so in Zadar, Croatia. Zadar was a port city in Roman times and there are many Roman ruins in the central part of the city. 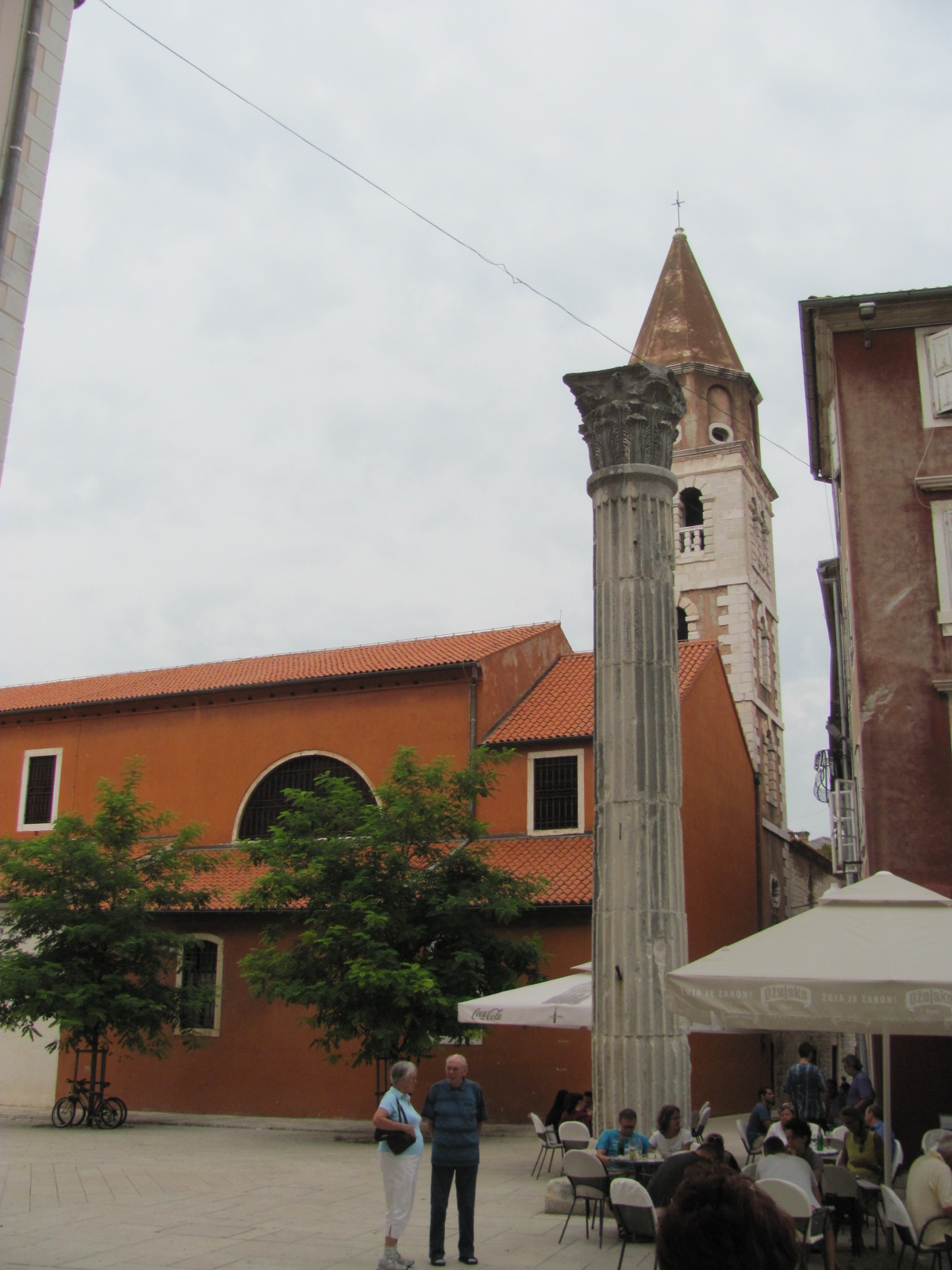 The streets of Zadar are paved with marble-like stone which has been polished due to the action of millions of shoes and sandals over the years. The entire Old Town is surrounded by thick walls. 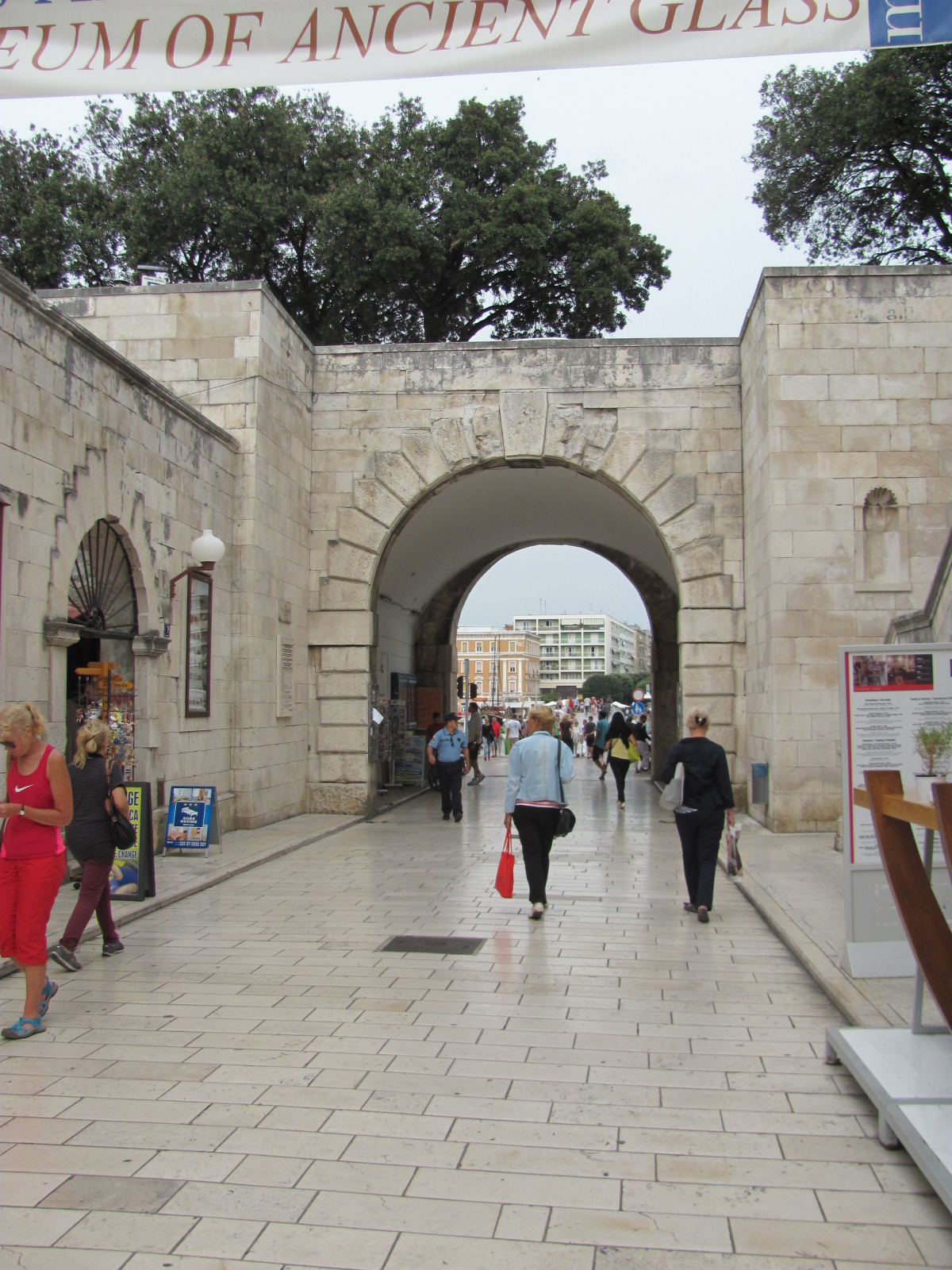 Probably the most important attraction in the city is the 9th century Church of St Donat, built over the old Roman Forum. It is one of the world’s finest examples of Byzantine architecture. 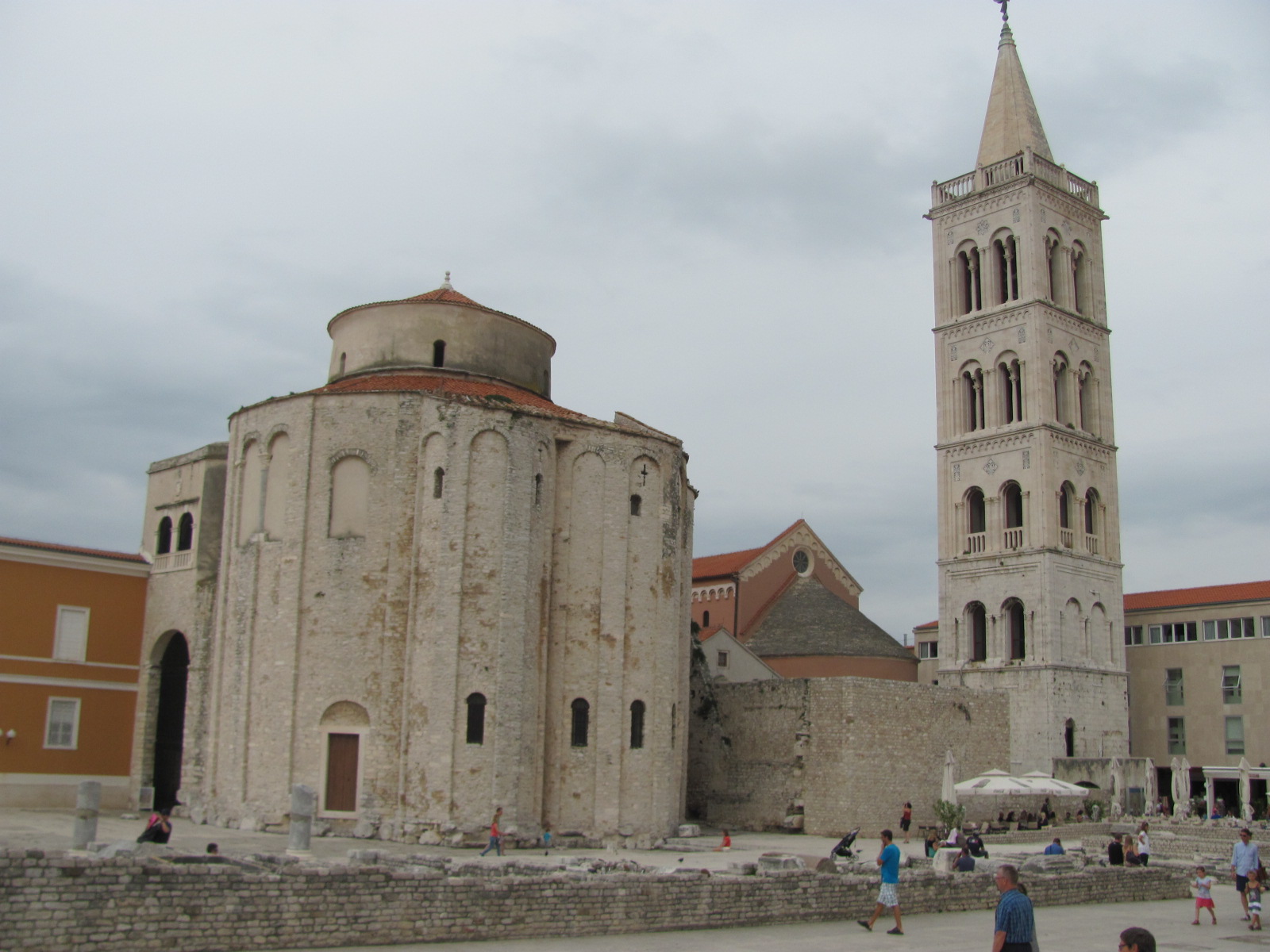 Another interesting sight is Narodni Square, home of the city’s Town Hall. 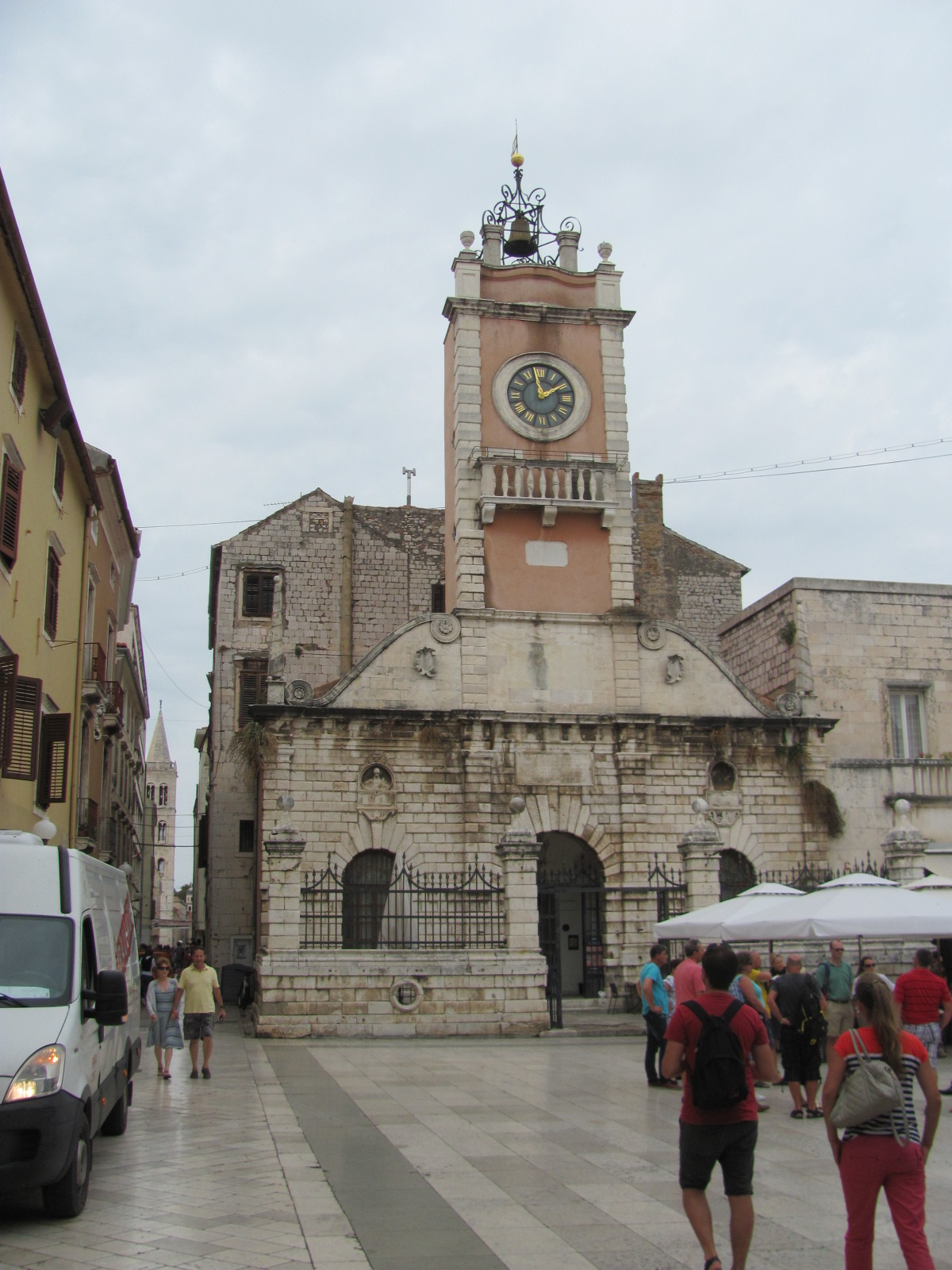