Today was not a very nice day. We were greeted with rain as tried to negotiate Split and Diocletian’s Palace. It was very heavy at times, but thankfully did not last the entire day. The Roman Emperor Diocletian built this palace in 305 AD in anticipation of his retirement. After the Romans abandoned the site, it was left to ruin. Later, in the 7th Century townspeople took refuge in the palace to avoid the attacking Slavs. Since then the palace has been occupied and has become an essential part of the Old Town of Split.

We entered the palace through the Silver Gate (eastern gate) and headed for the center of the complex where the Decumanus (the alley running east-west through the palace meets the Cardo (which runs north-south). Here we found the heart of the palace, the peristyle, a row of ornate arches, that once led into Diocletian’s private quarters. 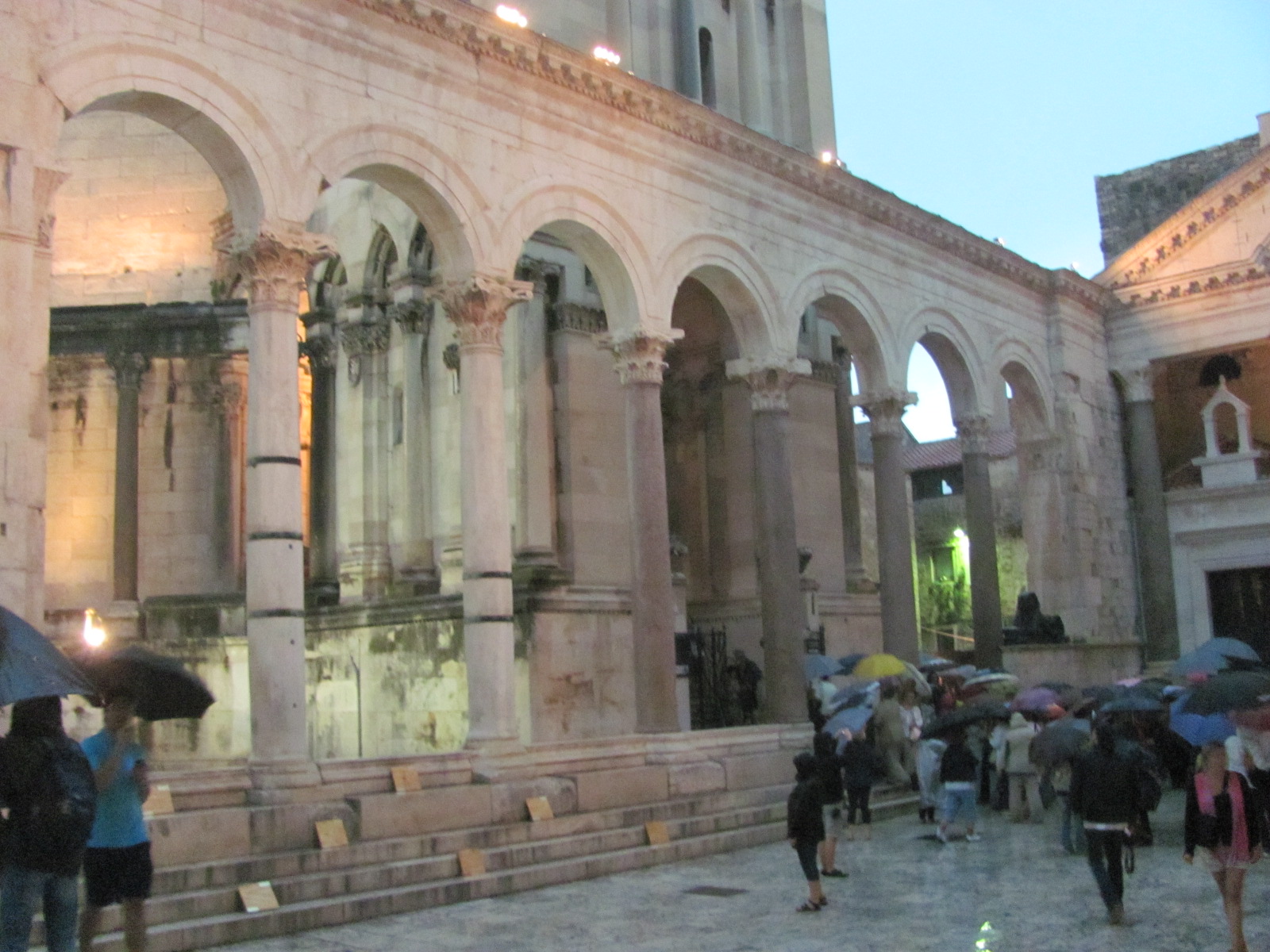 Hovering over the Peristyle is the Bell Tower of the Cathedral of St Dominus, which once held the remains of the emperor. 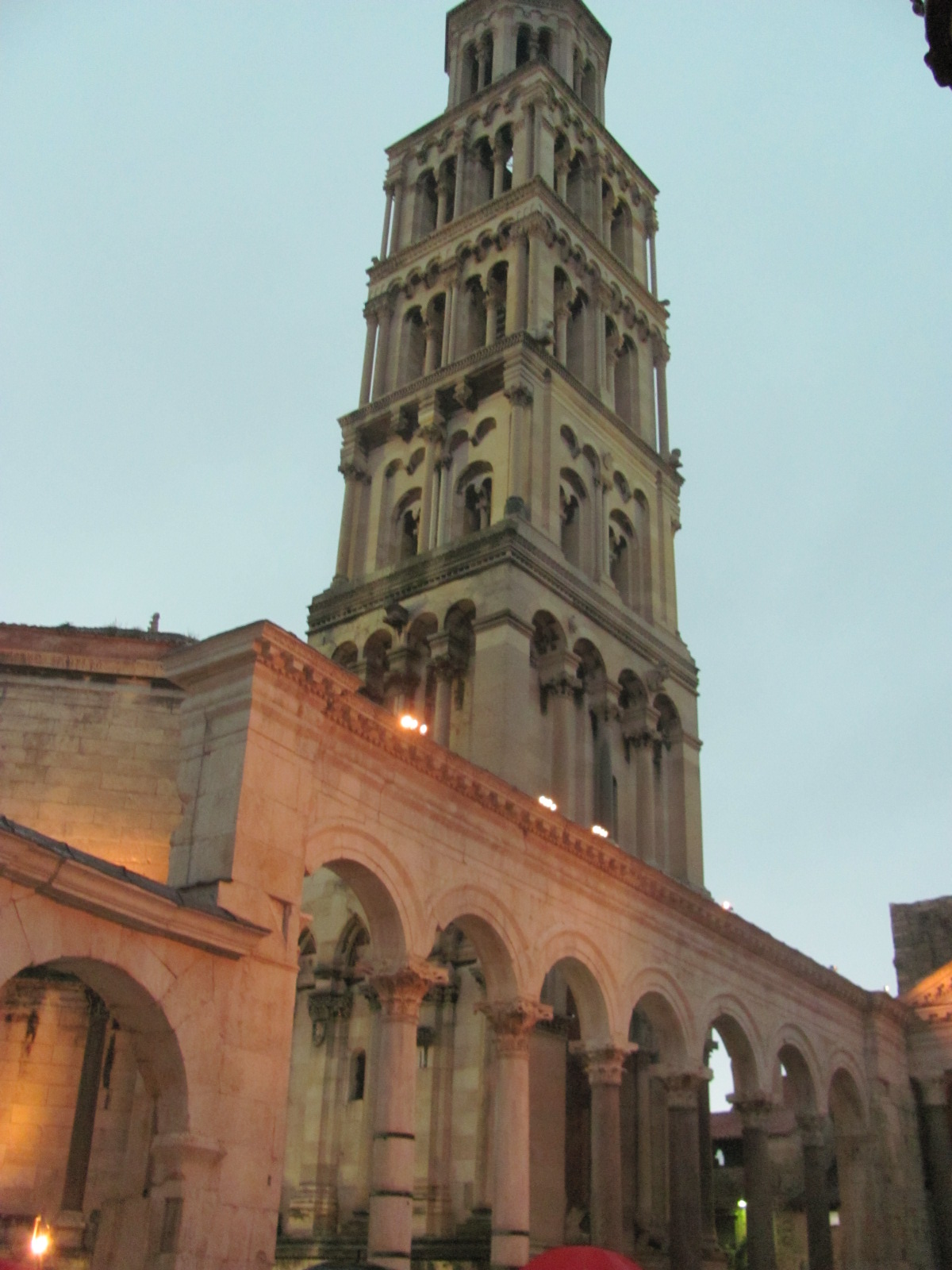 Near the Cathedral is what was once the Temple of Jupiter. It is now the Baptistry of St John and cost us 10 Kuna to get in to see the intact Roman ceiling. 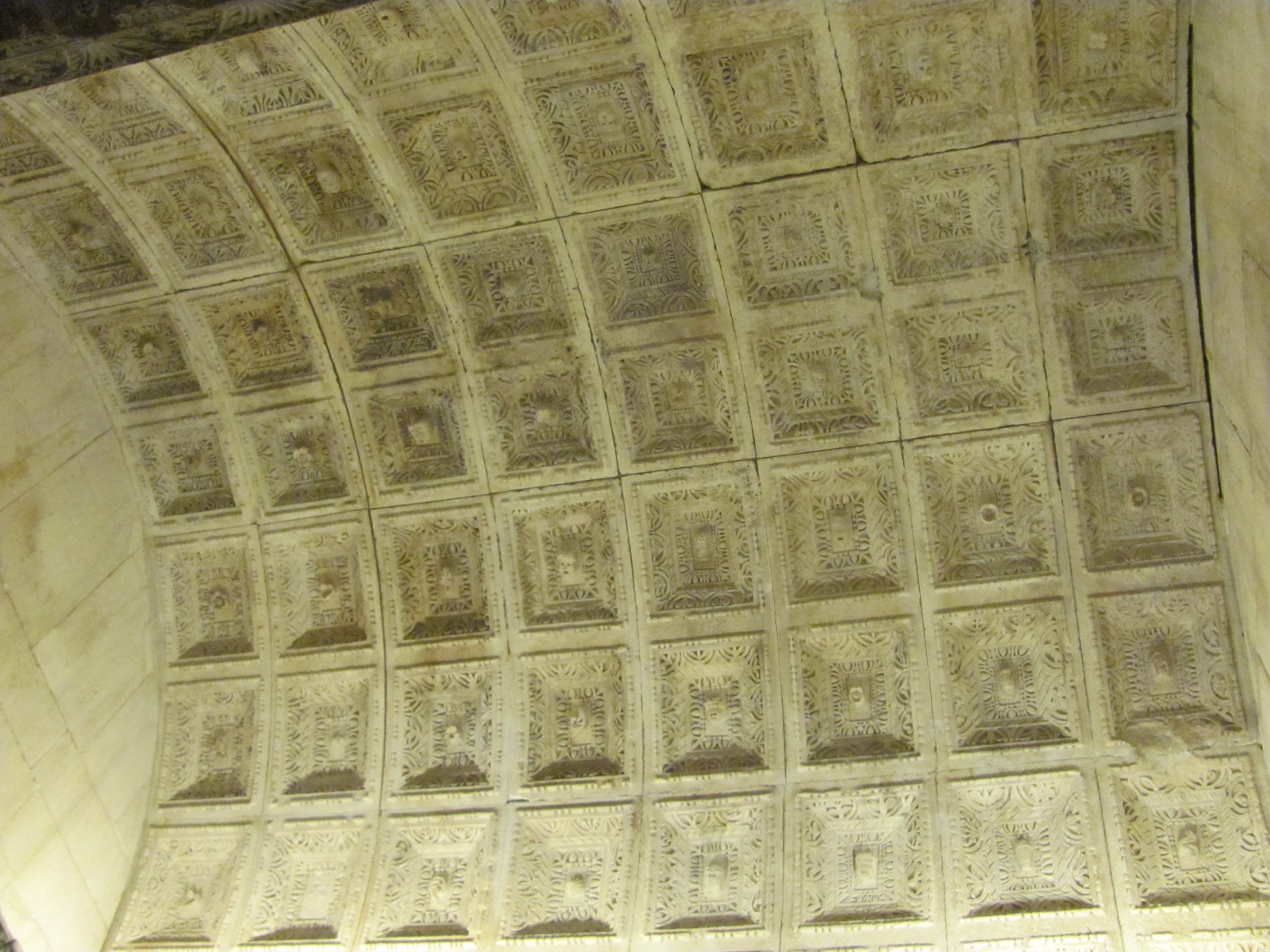 Ceiling of Temple of Jupiter

We walked out the Iron Gate and into the quaint Old Town of Split. The Main Square, People’s Square or Narodni Trg, contains the Renaissance Town Hall and the Cambi Palace (Venetian Gothic). 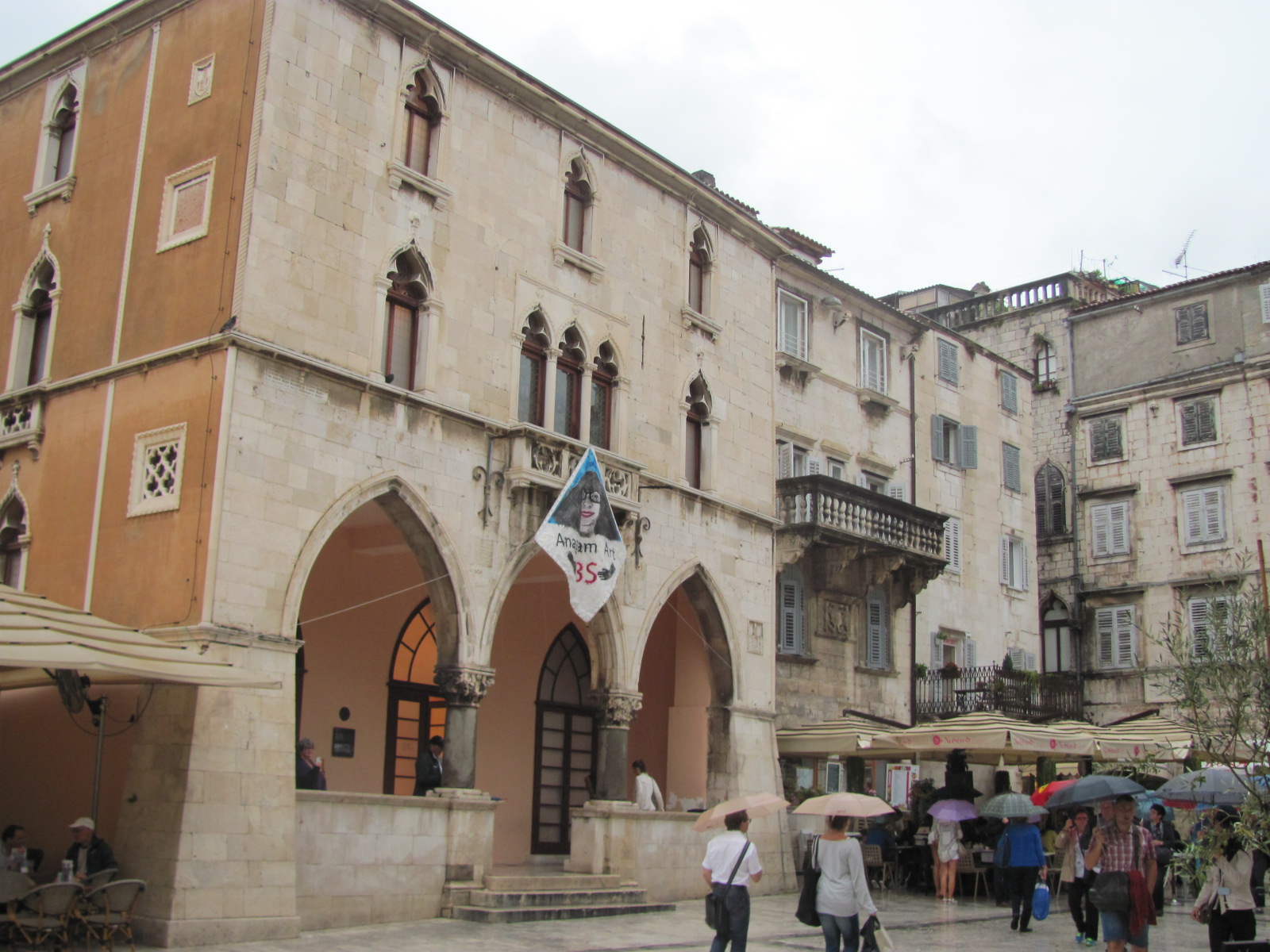 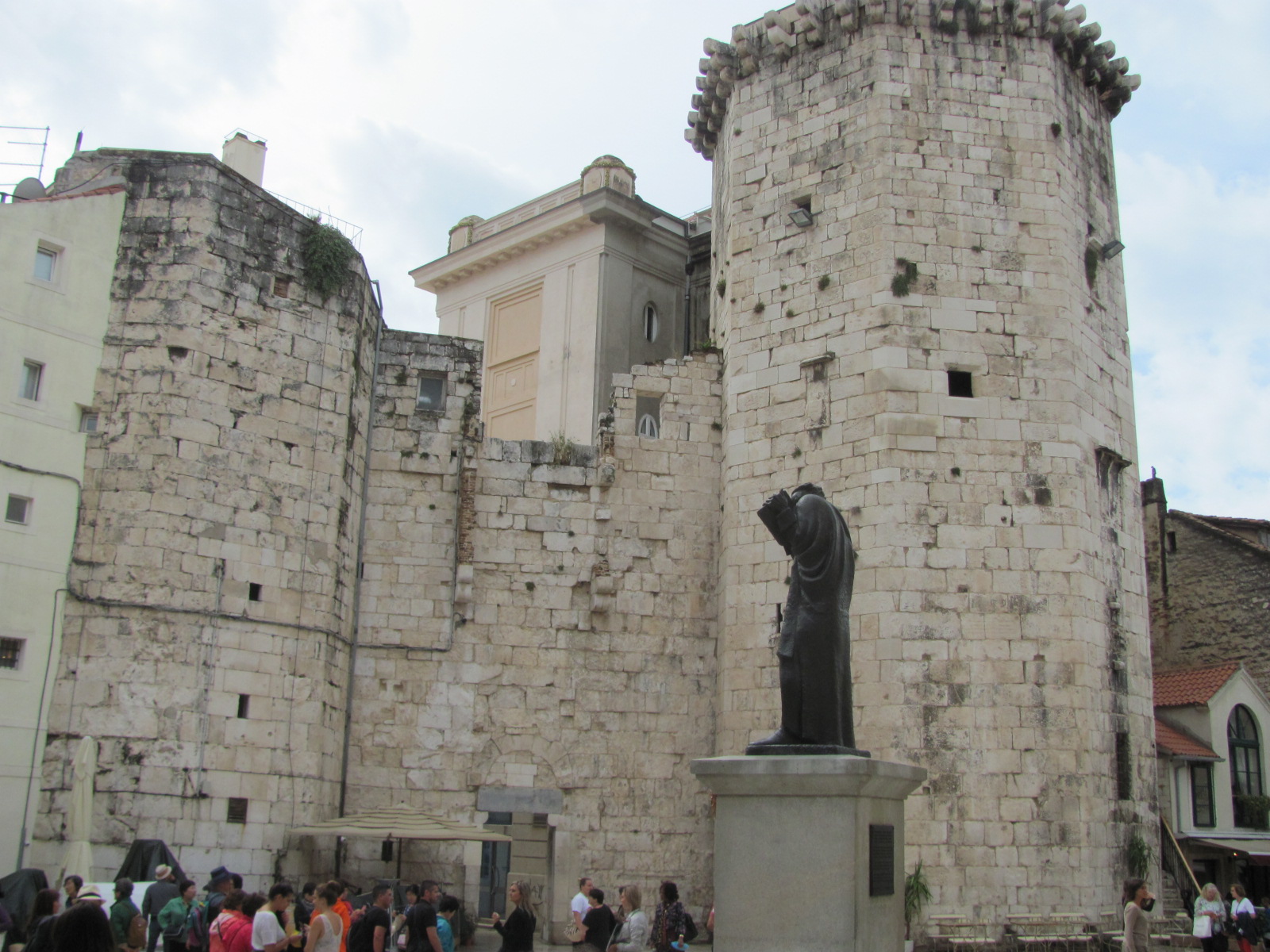 At this point we decided to leave Split and drive 15 miles or so north to the UNESCO World Heritage Town of Trogir. Another charming, Medieval, walled village with paved streets and a long history. 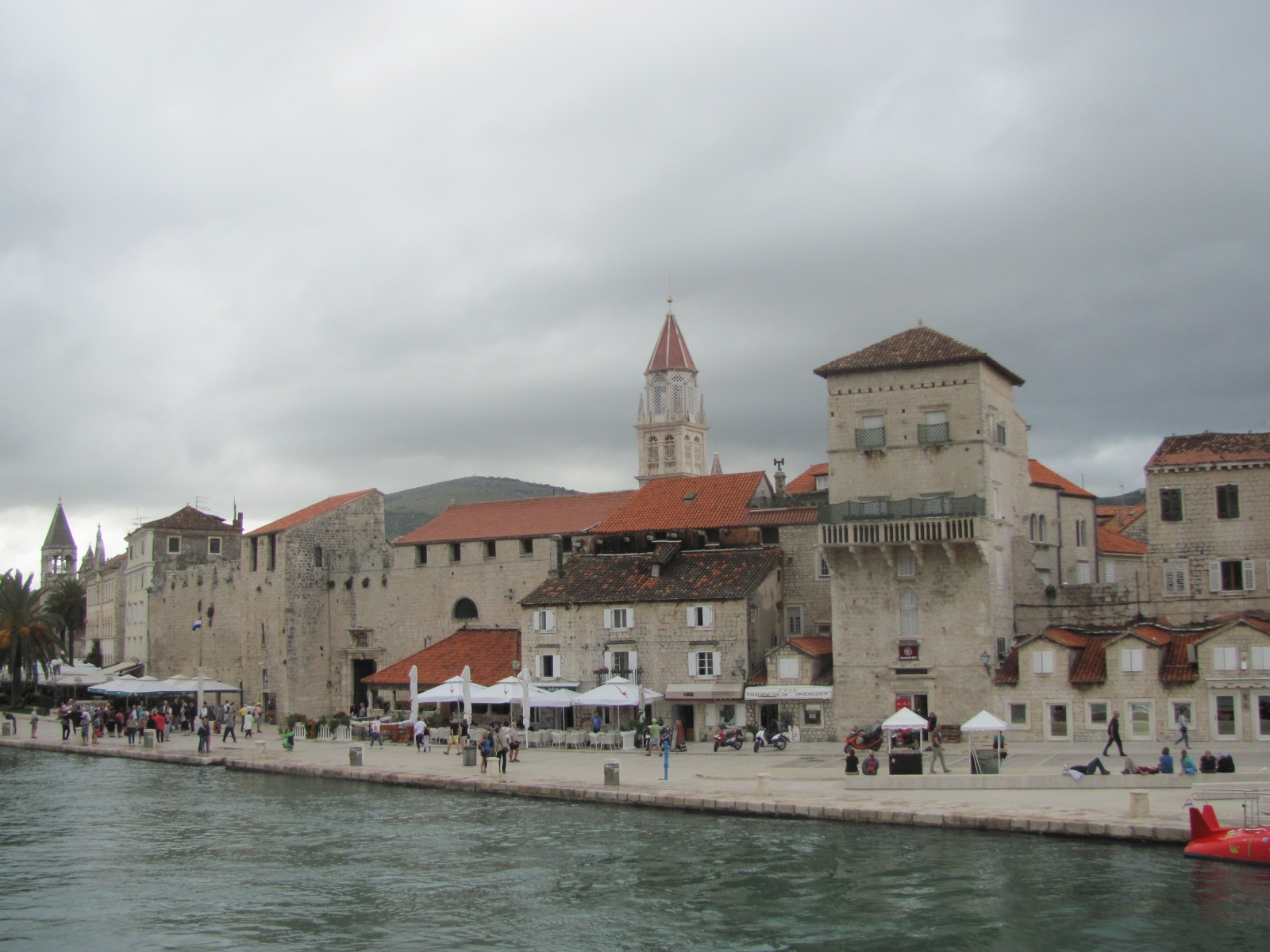 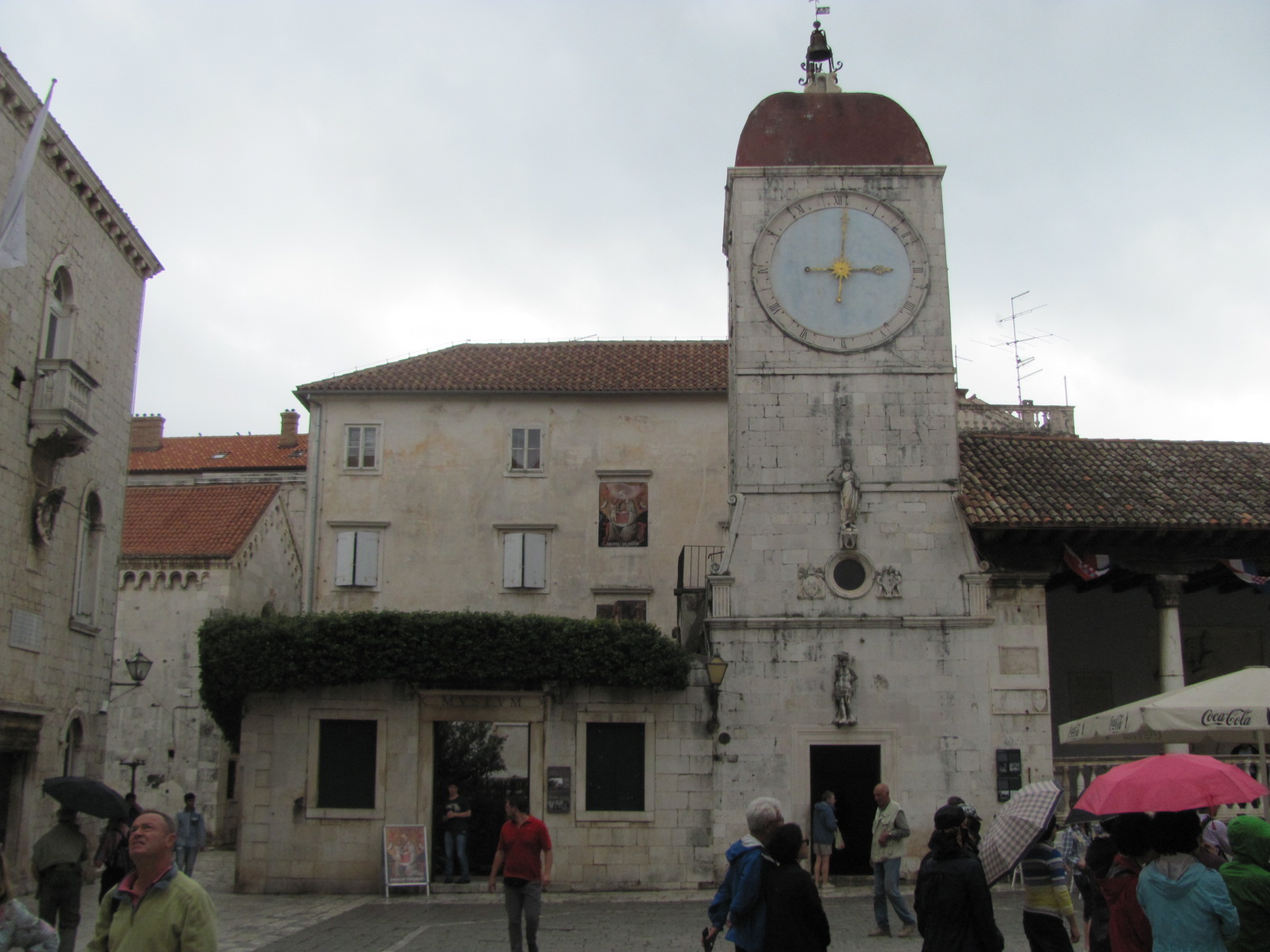 The Town Hall can also be found here. Also on the square is the Cathedral of St Lawrence, with a Venetian-Gothic Bell Tower. 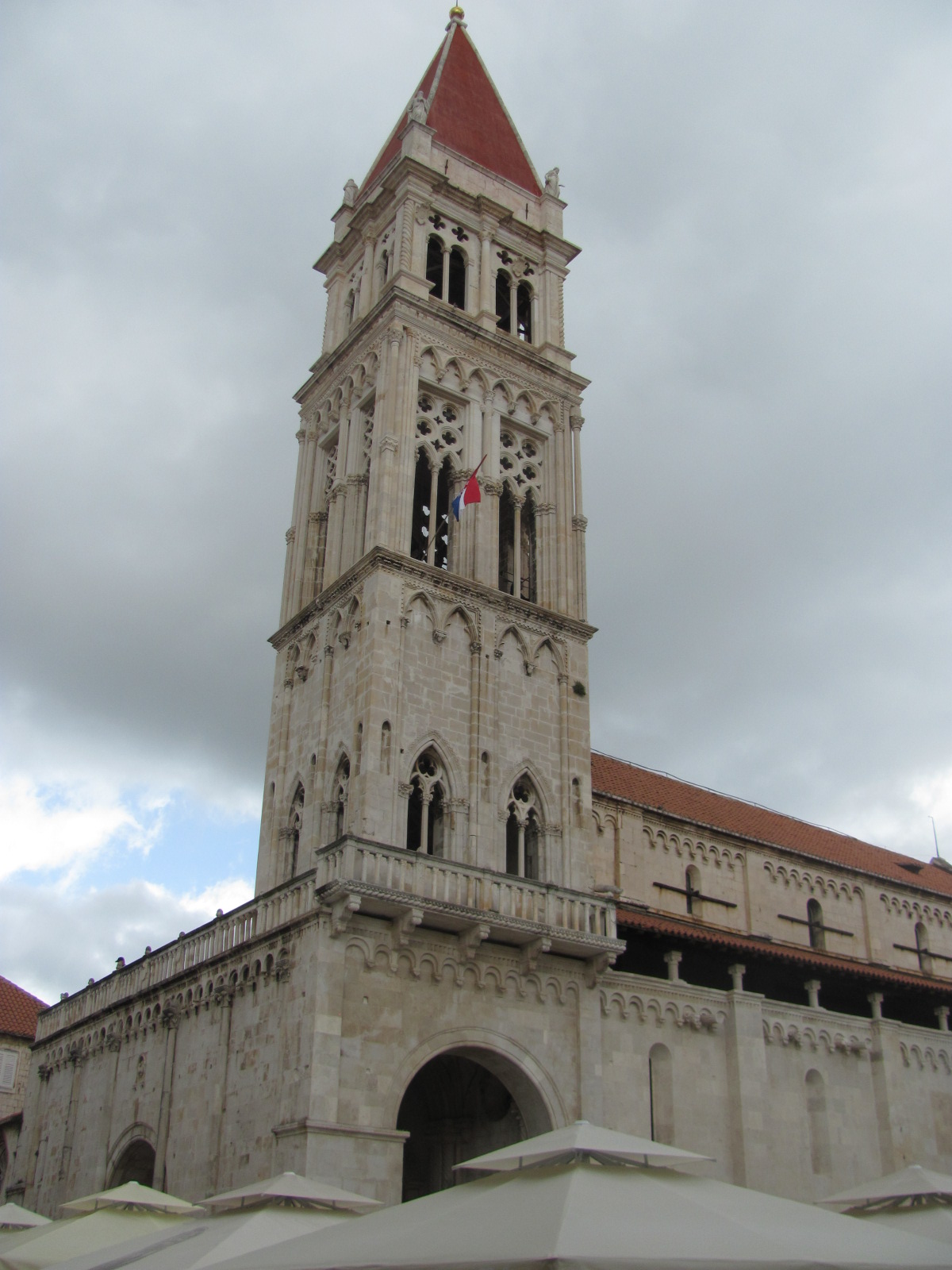 Just outside the walls is the Riva, a seaside promenade. Along the Riva we found the Kamerlenga Castle, once the home of the Venetian governor. 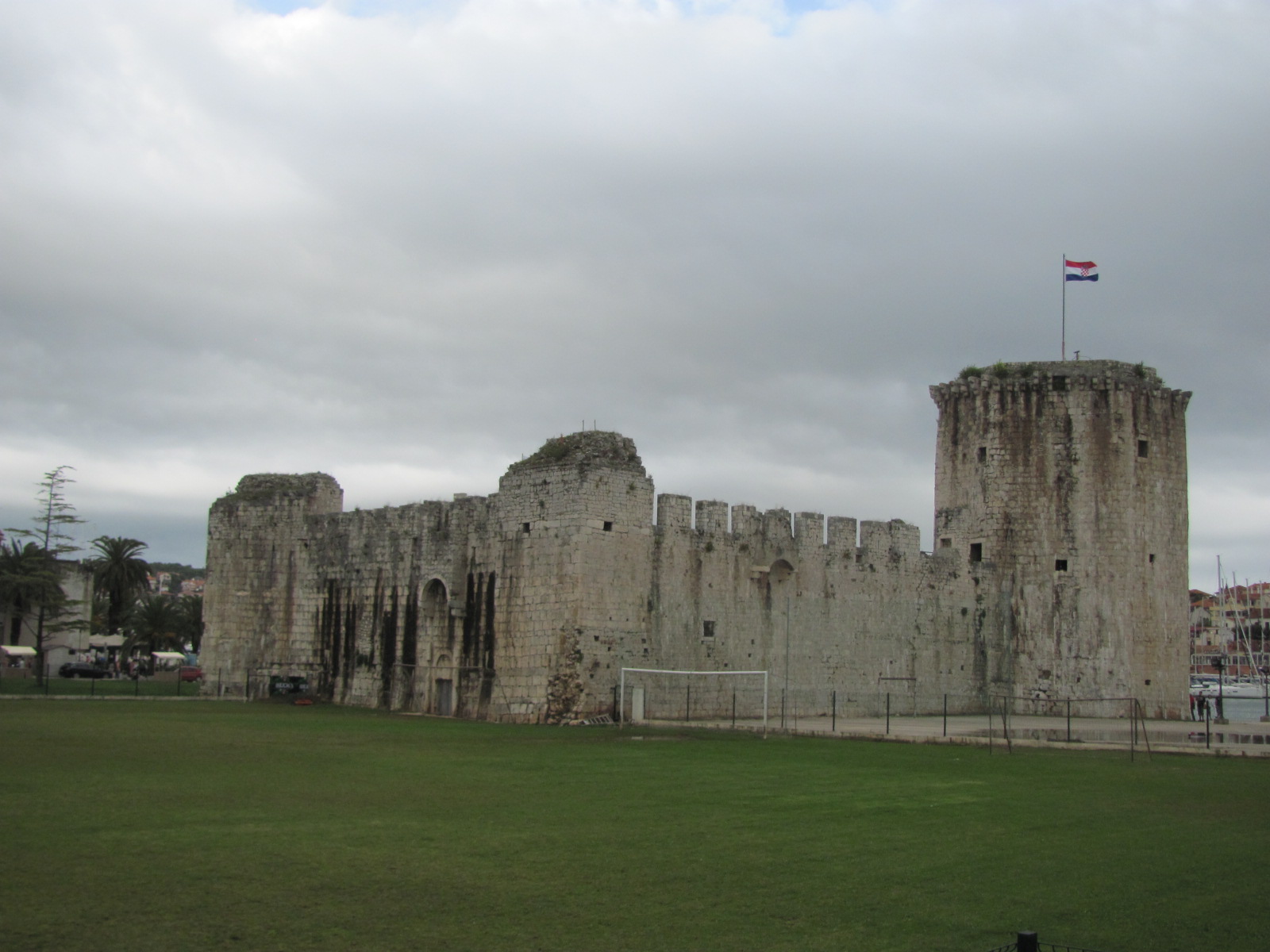 Further along is St Mark’s Tower, another vital piece of the city’s fortification. 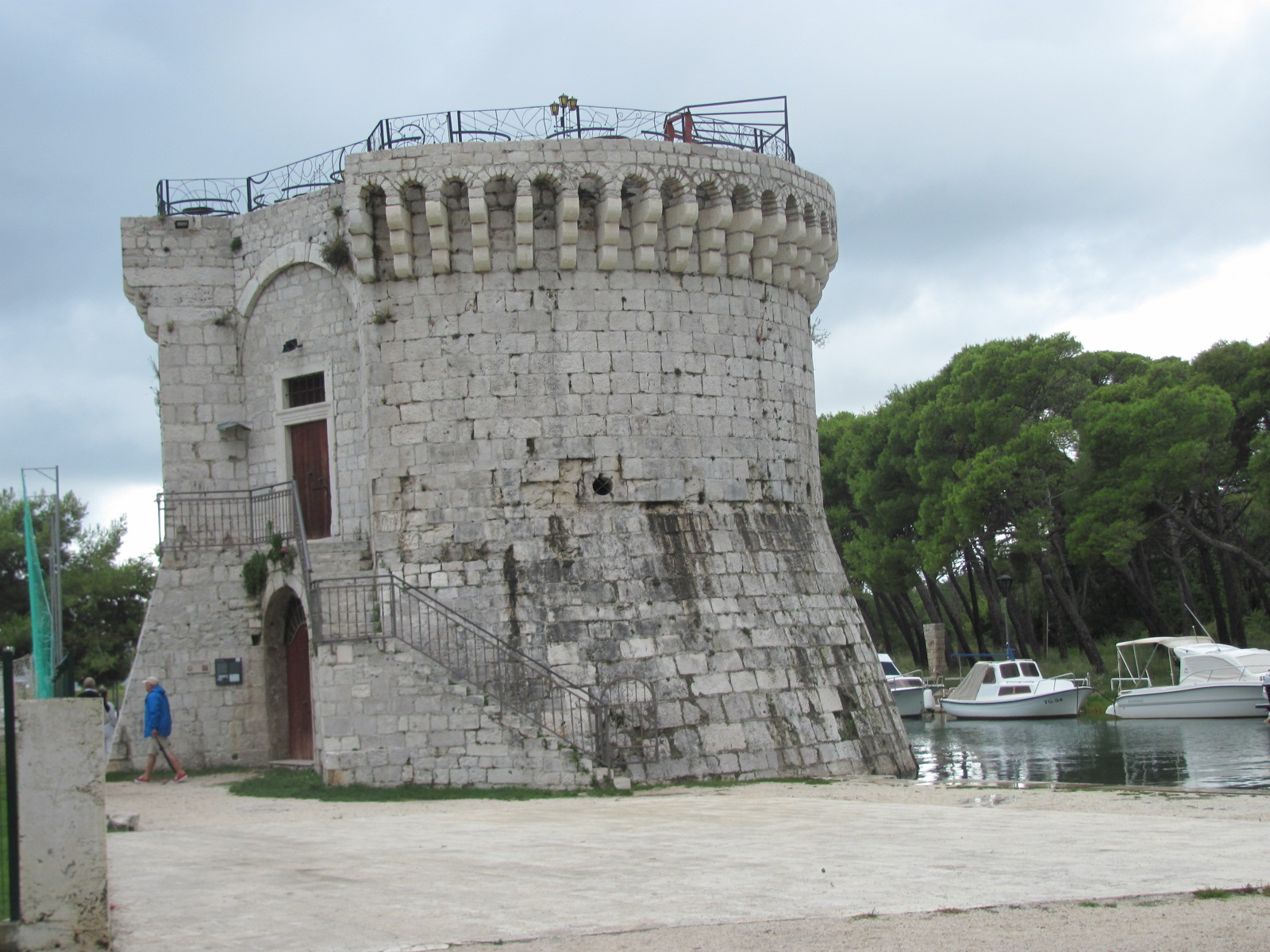 What a beautiful town!