On to the next stop on our whirlwind tour of Italy and Croatia. Today we headed north toward Zagreb, the capital and largest city in Croatia. On the way we stopped for several hours at Plitvice Lakes National Park, a UNESCO World Heritage Site and a place that I have been looking forward to seeing. I have been looking at pictures of this park on the internet for many months and it looked postively amazing.

So, the downside is that, because of the recent heavy rains, the lower falls area has been closed (the walking trails are flooded) and even some of the upper falls area was closed. Thus we were limited in the amount of the park that we had access to — a very disappointing development but one we have confronted before on trips.

We were able to see some of the spectacular falls that the park is noted for. 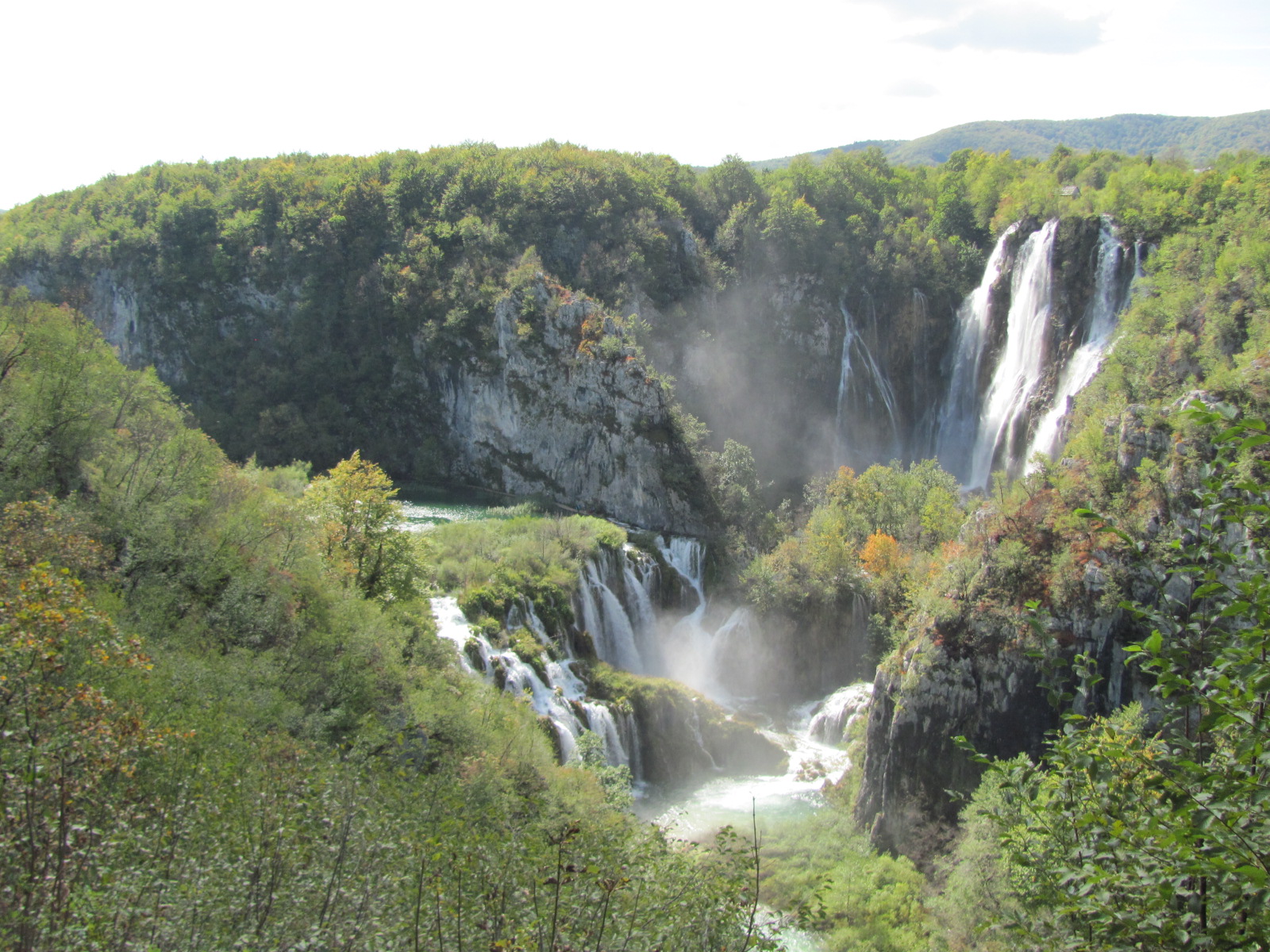 This ensemble of waterfalls includes Great Falls, the largest in the park. 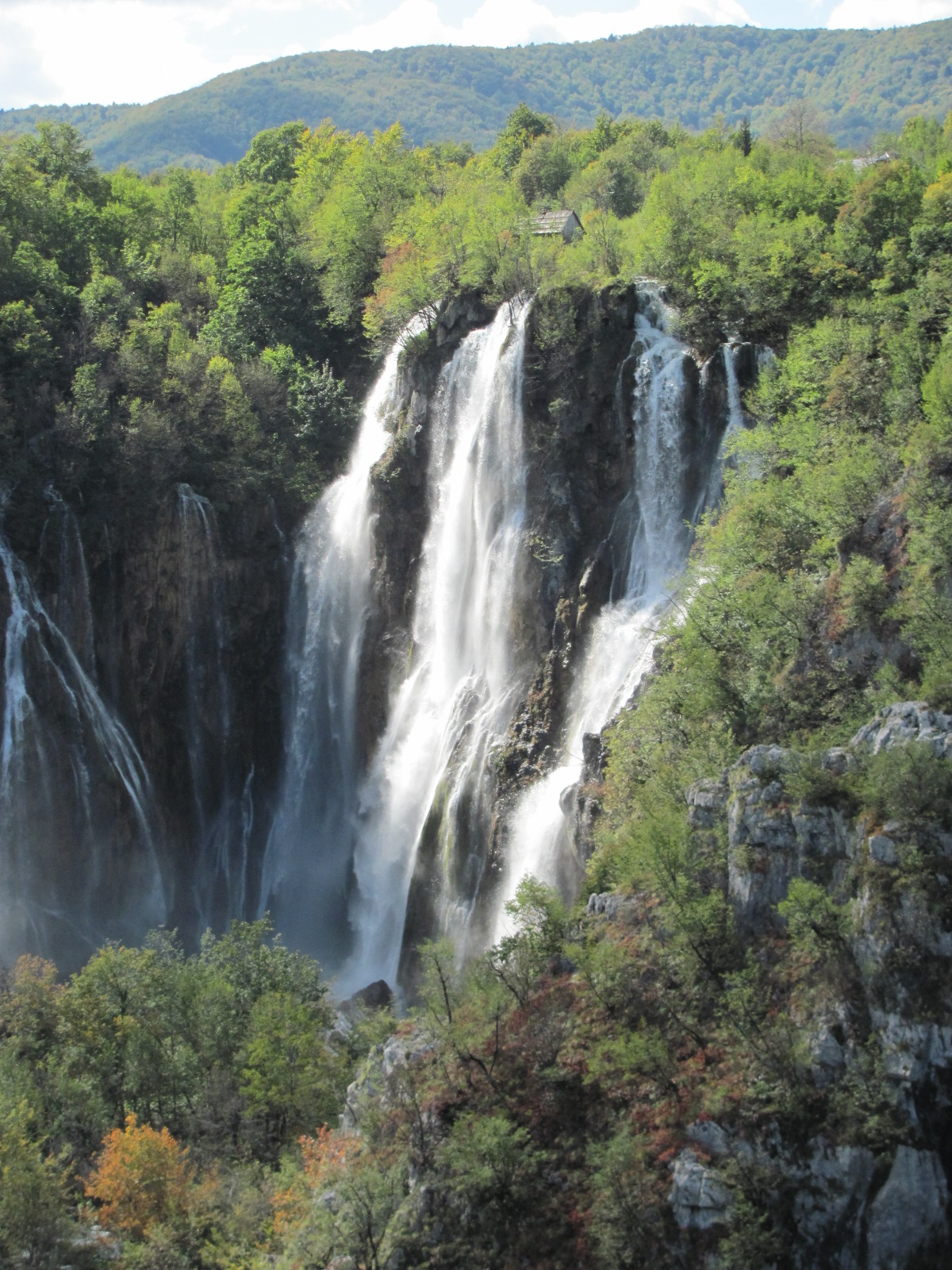 Plitvice Lakes is actually made up of sixteen (16) lakes which seem to step downhill, with cascades of water connecting them. Here is another section of waterfalls. 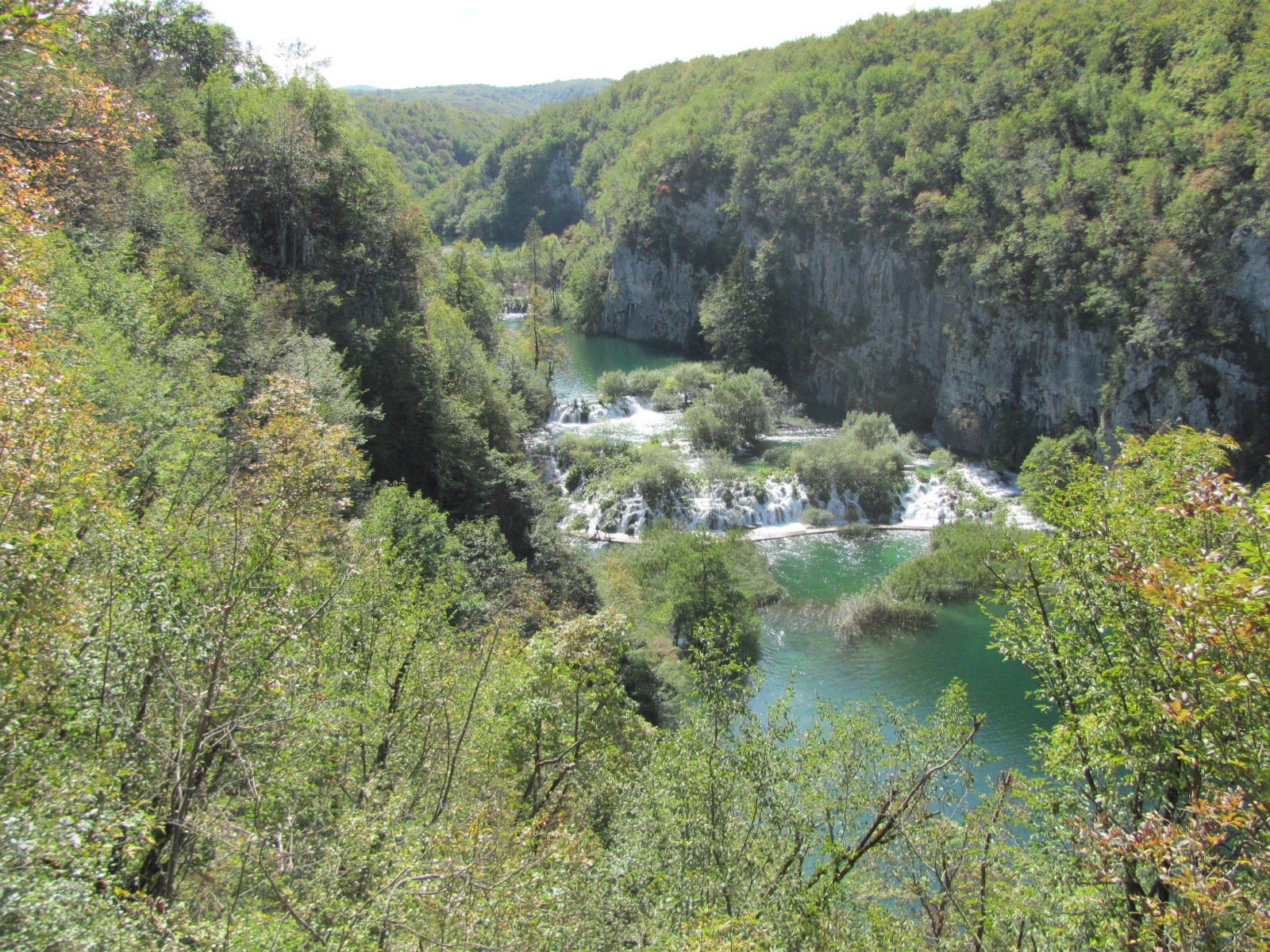 The water color is a striking blue-green color, mostly due to the limestone rock which lines the gorge. 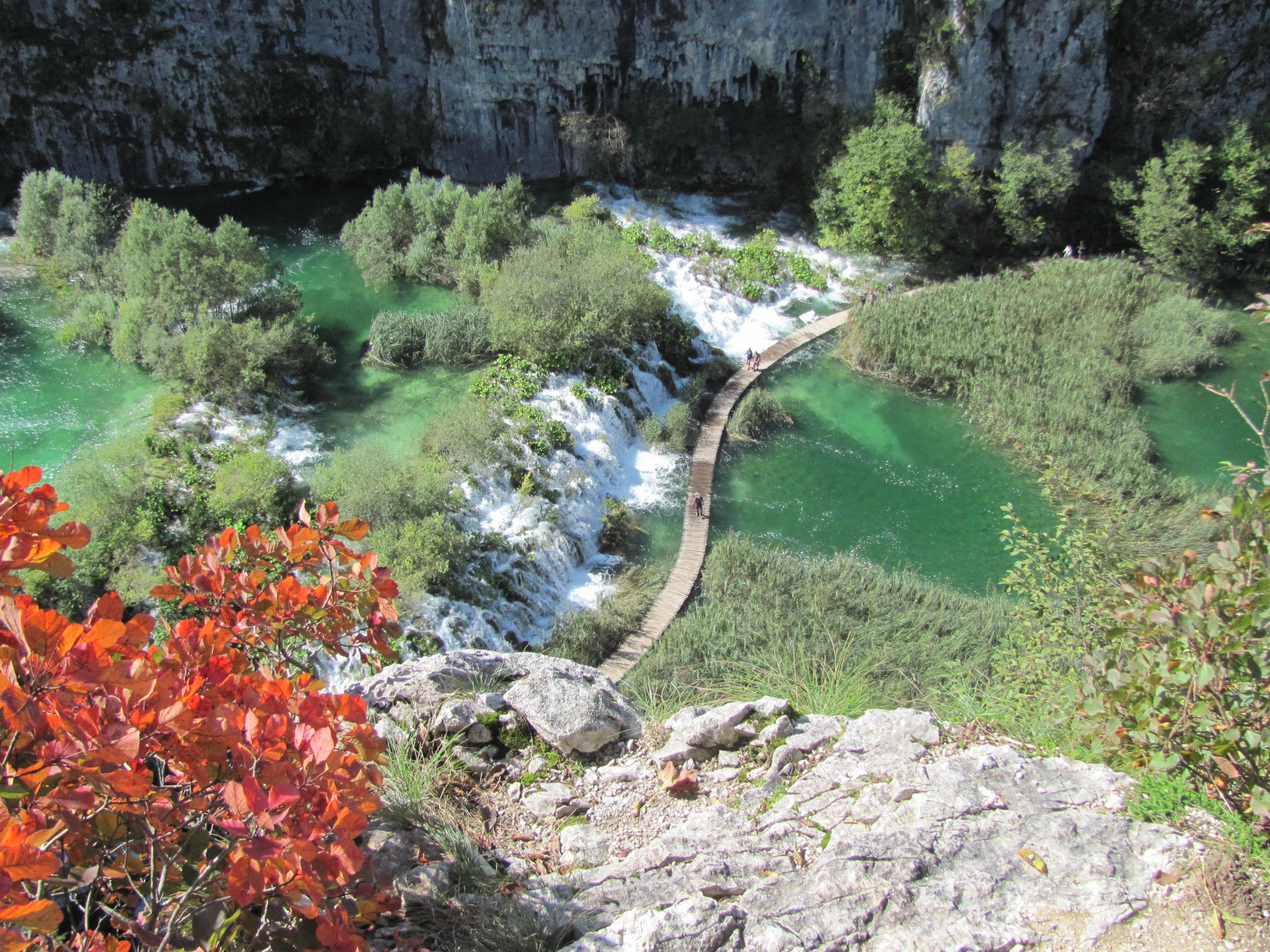