We spent today wandering the streets of Ljubljana, checking out all the sights that we missed yesterday. We began with Ljubljana Castle which we have seen from a distance as we strolled through the Old Town. We headed for the Funicular, to avoid the steep climb. 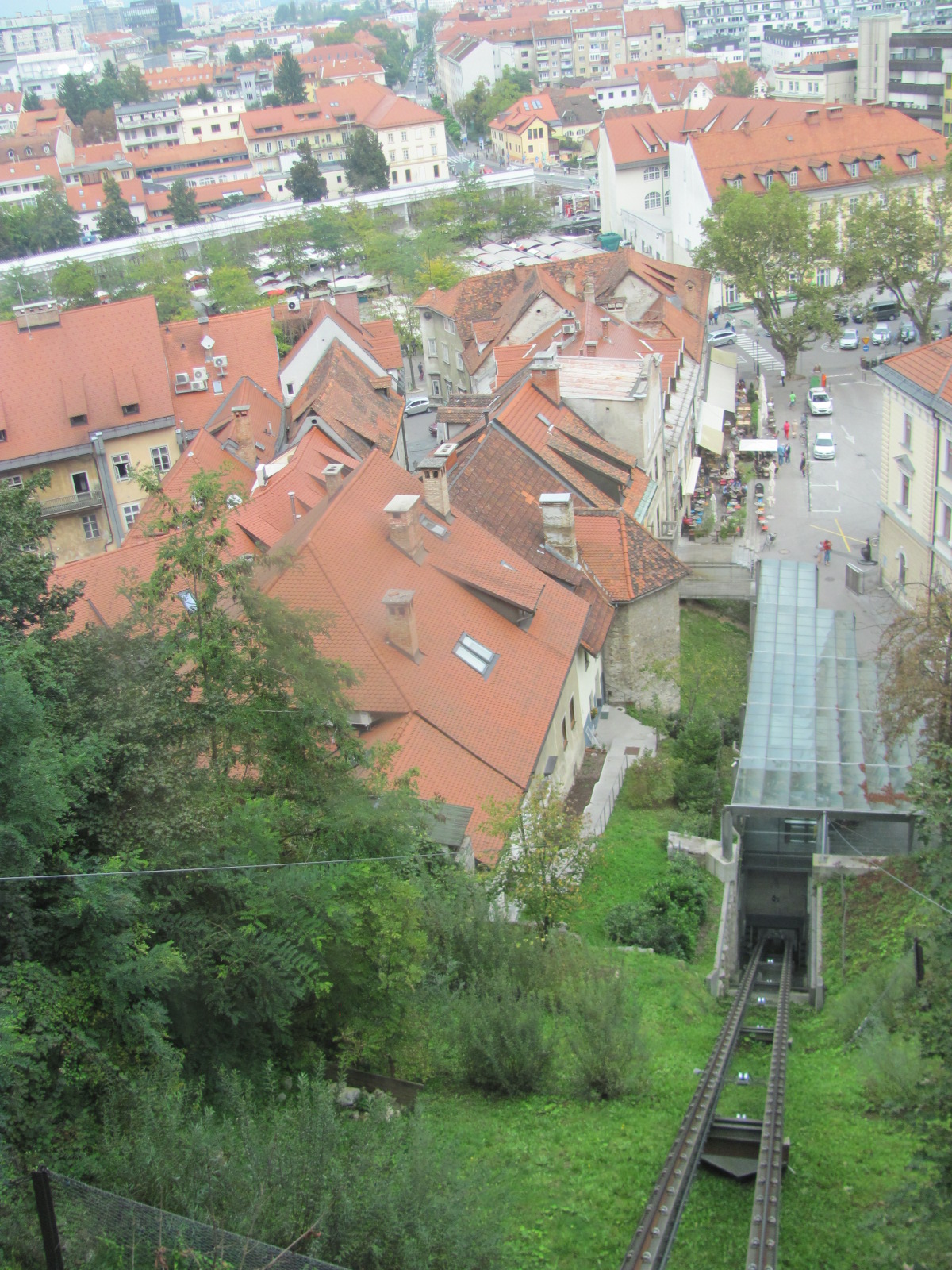 The castle is well-kept and interesting. We wandered around the large courtyard before climbing the Clock Tower. 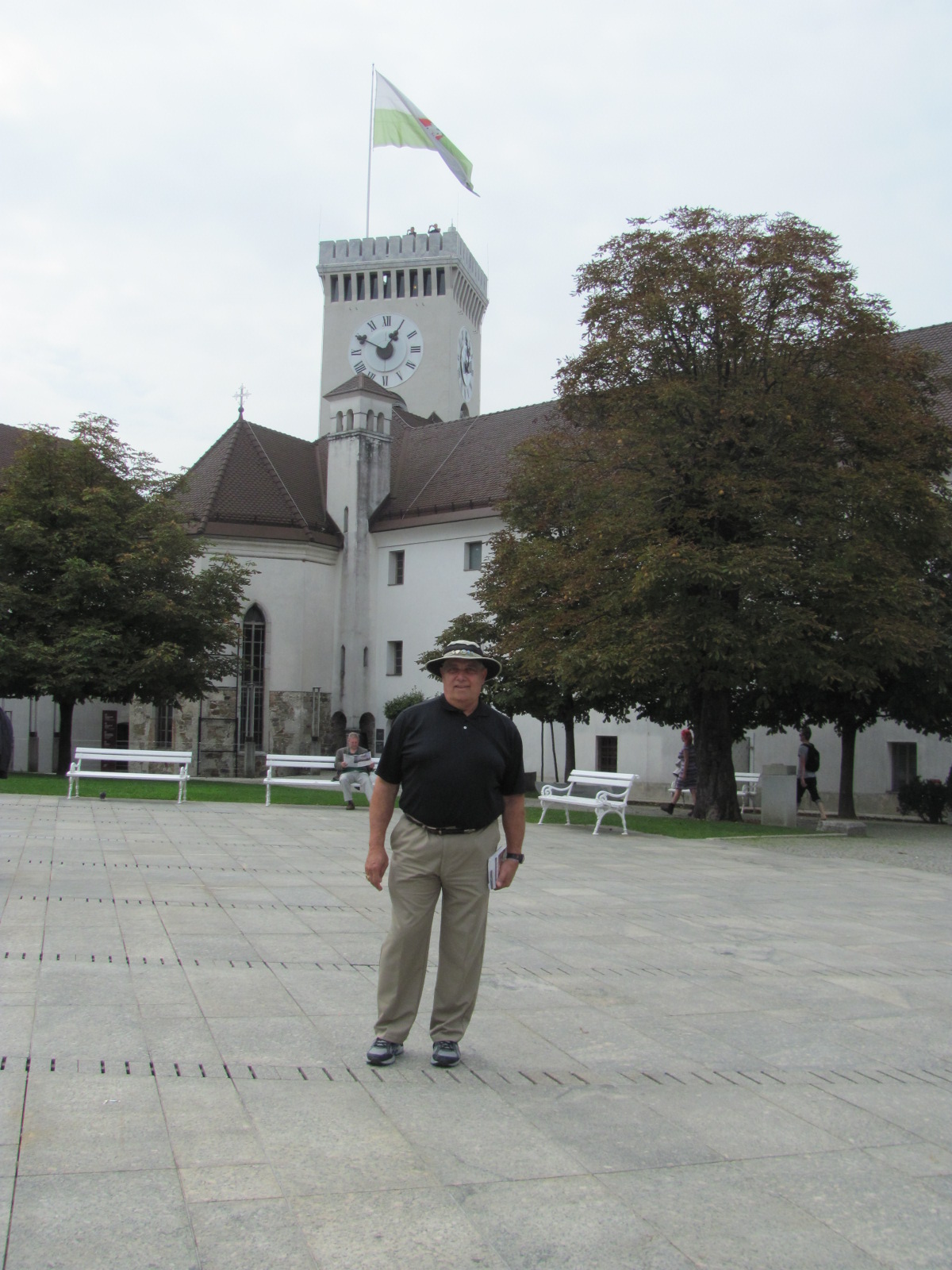 The view from the top of the Clock Tower is fabulous. 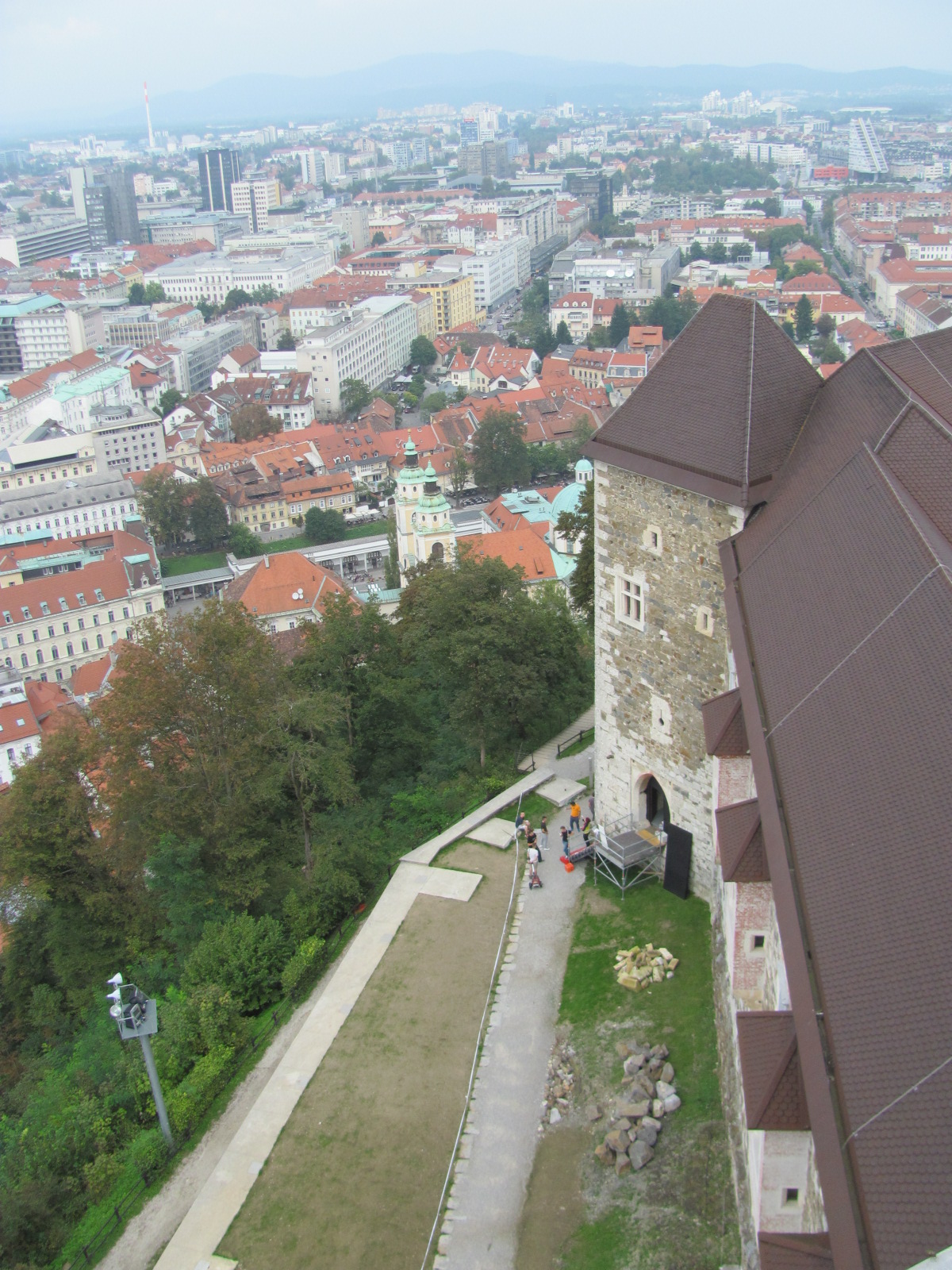 View from the Castle Tower

We also stopped to see the Chapel of St George which is decorated with the coats of arms of previous rulers. 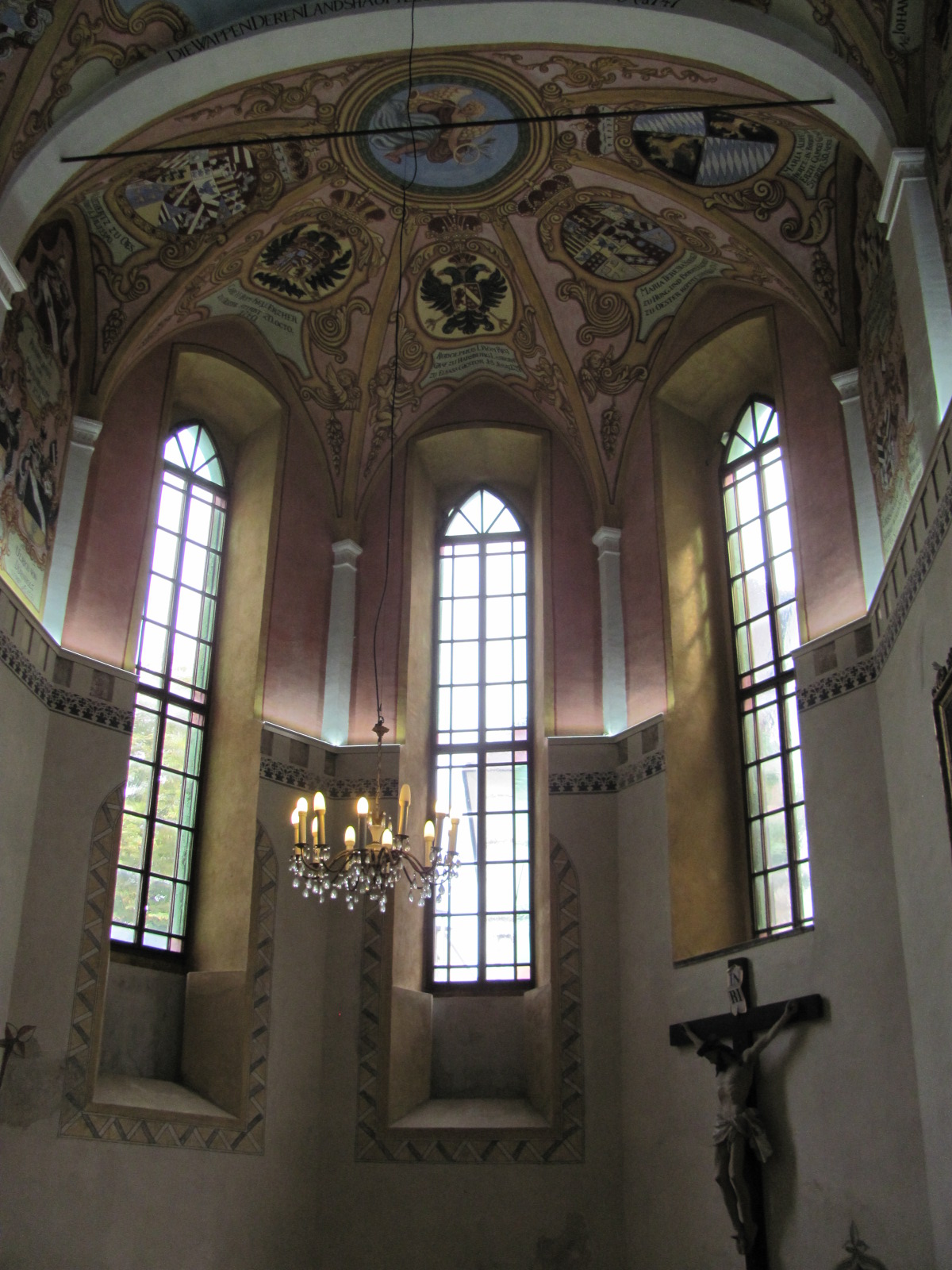 After leaving the castle we headed for St Nicholas Cathedral, a large church whose two towers dominate the city skyline. The bronze doors of the cathedral were built in 1996 to commemorate the visit of Pope John Paul II to Ljubljana (that’s him looking down from the window). 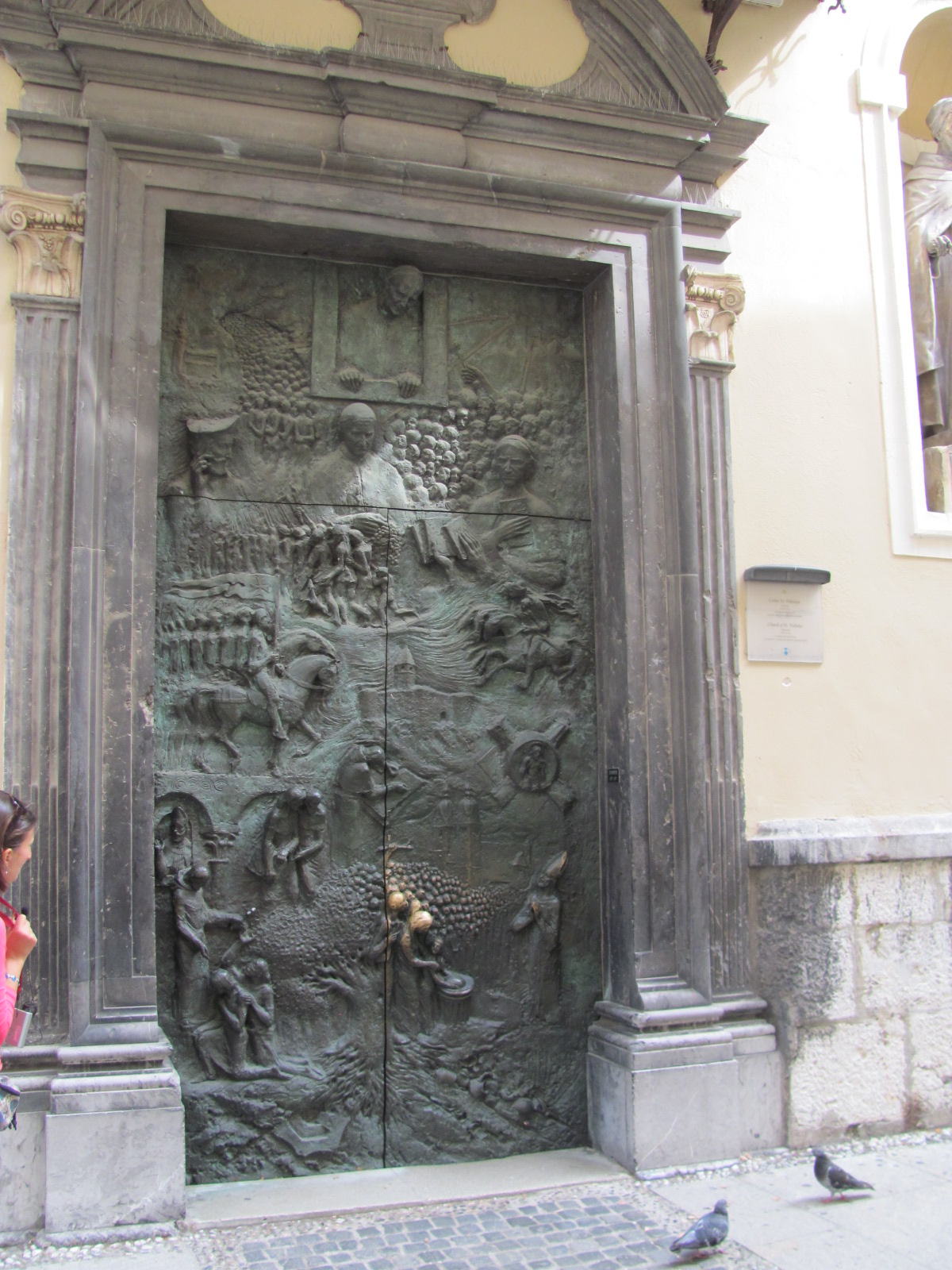 We also went into the cathedral, which is decorated from end to end with gold (probably not real). 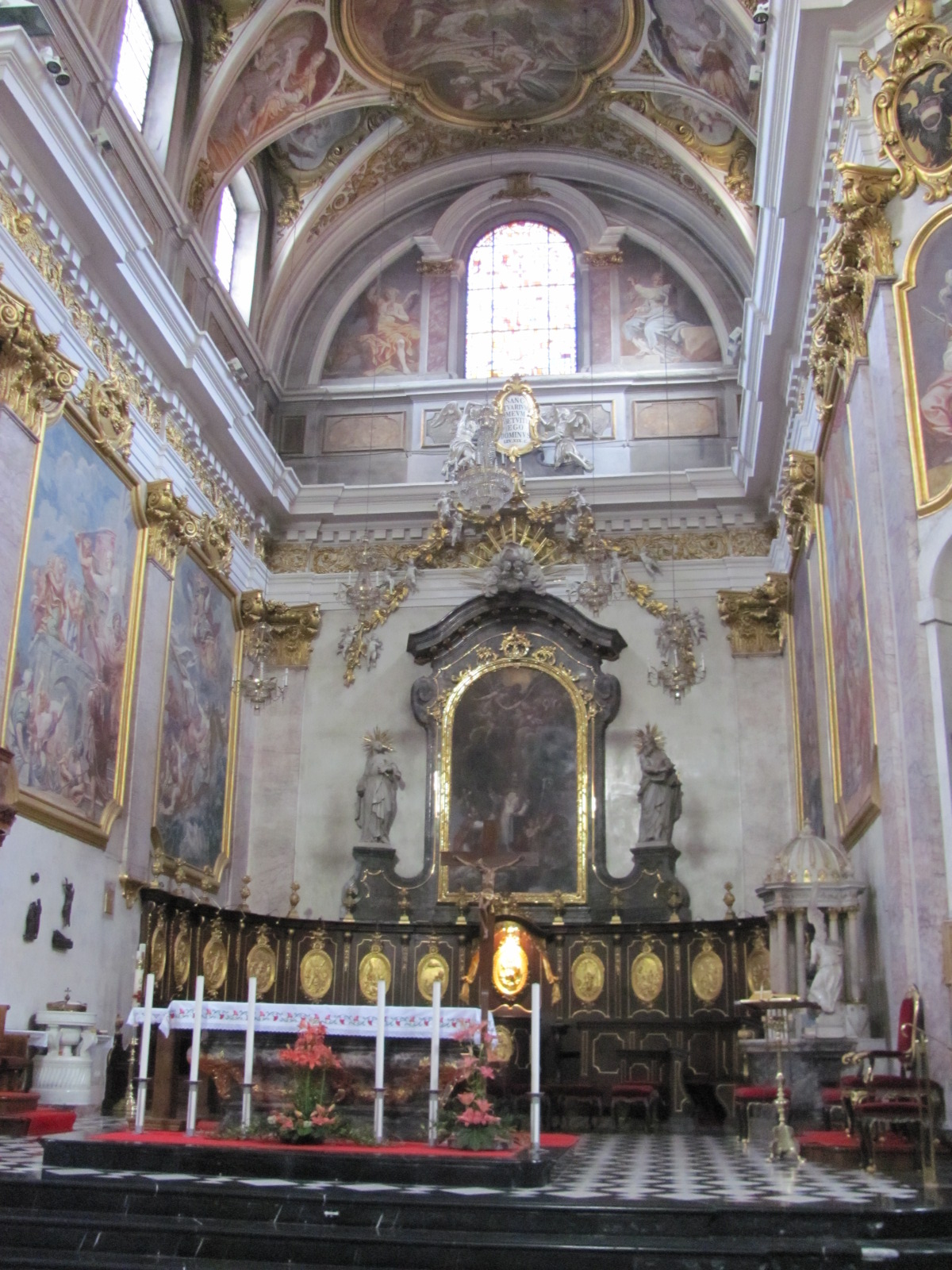