Most Awe-Inspiring Places on Earth — Great Wall of China

Arguably the greatest engineering achievement in the history of man, the Great Wall of China stretches some 1,000 miles, traversing difficult if not impossible terrain, across northern China. The Wall was actually begun by regional warlords as early as the 7th century BC. It was linked together by the Emperor Qin Shi Huang in about 200 BC (he is the same emperor whose tomb contains the Terra Cotta Warriors). Sections were added through the Ming Dynasty (1368 – 1644 AD).

The Wall snakes its way from west to east along what was once the border between China and Mongolia. Today, many of the sections have been restored and are visited by millions of people annually. 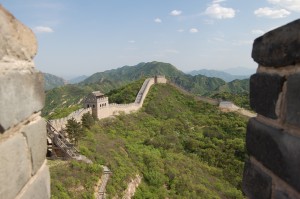 We visited the Great Wall at Badaling, the most popular and one of the best-restored sections. 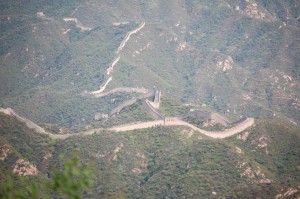 The Wall is peppered with towers, once observation points for sentries, on the look-out for invaders from the north. 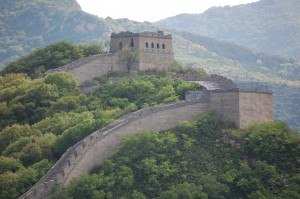