Amsterdam, the Netherlands’ most famous city, is well known throughout the world for its tolerance and laissez-faire attitude.  Marijuana smoking and possession of small amounts is allowed, and prostitution is tolerated.  But this large city with its many canals has much more to offer than a refuge for wayward souls.

The major attraction in Amsterdam is the Anne Frank House.  At Prinsengracht 263, visitors can walk behind the bookcase and climb the ladder to the attic where eight Jews hid from the Germans during World War II, for almost two years.  Various multimedia exhibits chronicle the construction of the hiding place, the arrangements with helpers who supplied food and other necessities, the conditions under which these poor people lived, and finally their fate. In addition, there are discussions of the holocaust and its ramifications.  The entire experience is carefully orchestrated and is moving and extremely well done. You should plan on waiting in line in order to enter the museum. The queue is often long, so arrive early, when the attraction opens, to minimize the wait. 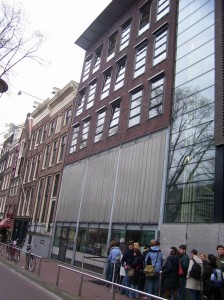 Other notable sights in the city include the Rijksmuseum, which specializes in the Dutch masters, particularly Rembrandt, 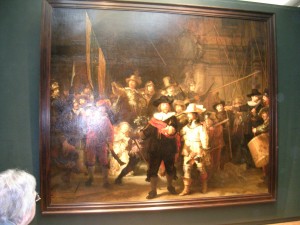 the Royal Palace, which is located on the hectic and noisy Dam Square, 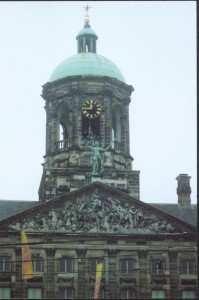 and several churches, such as, Niewe Kerk (also on Dam Square), and Oude Kerk. 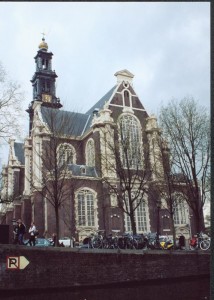 Also of note are the Begijnhof, the old city’s almshouse, and, of course, the Red Light District, where prostitutes flaunt their wares behind large windows under red awnings.

A singular and fantastic excursion from the city is southwest to Keukenhof Gardens, in the town of Lisse. It is like a theme park centered on flowers.  Especially in the spring, the area is alive with the bright colors of tulips, daffodils, hyacinths, and many other bulbs for which the country is famous.  Stroll the extensive pathways and admire the meticulous landscaping.  Stop at the various pavilions for an immersion in other types of flowers, such as, orchids, and bromeliads which are not hardy in the Middle Latitudes.  Interspersed with all this color and greenery are interesting sculptures, wonderful playgrounds for kids, ponds and streams, and even a windmill.  It makes a wonderful day trip from Amsterdam, and can even be visited by bicycle since Holland has extensive bike paths throughout the country. Keukenhof certainly ranks as one of the most beautiful gardens in the world. 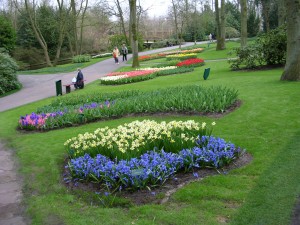 Take a canal boat tour to get oriented to the layout of Amsterdam.  There are many stops to embark or disembark.  There are several different routes and the ticket allows travelers to get off on one stop and get on at another..