Atlanta, Georgia, is the state’s capitol as well as the largest city in the southeast.  It is tourist destination for several reasons.

Atlanta is the birthplace of Coca-cola and the World of Coca-Cola is the most popular tourist sight in the city.  The entire process of making Coke products is highlighted in multimedia exhibits.  There is even a sampling area. 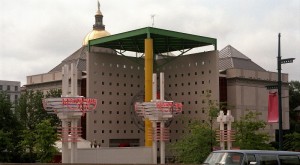 The venue is at an entrance into Atlanta’s Underground, which boasts numerous shops and restaurants and comes alive at night. 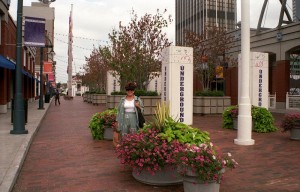 Ted Turner’s broadcasting empire is also native to Atlanta, and visitors can experience his most successful operation in the CNN Studio Tour.

Centennial Park, the site of the 1996 Summer Olympics, commemorates that event with fountains and walkways. 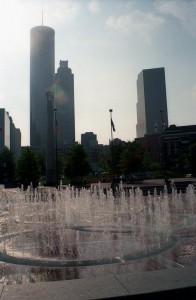 Georgia’s Stone Mountain Park, just outside of the city, encompasses one of the most massive granite monoliths in the country.  Even more impressive than the Mountain is the huge carving of Robert E Lee, Jefferson Davis, and General Thomas “Stonewall” Jackson on horseback which occupies 3 acres of the mountain’s north face.  To appreciate the immensity of the sculpture, keep in mind that the figure of Lee is the height of a nine-story building.  Yet the figures seem small compared to the size of the monolith. 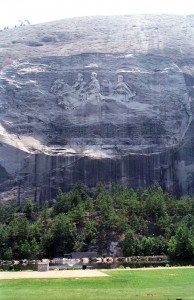 Another possible excursion from Atlanta is to drive southwest to Calloway Gardens, located in Pine Mountain, Georgia, a place renowned especially for its incredible display of azaleas in the early spring. There are actually much more than azaleas to see here in this horticultural wonderland.  Scenic drives through the wooded countryside, greenhouses and outdoor flower gardens with extensive collections of plants from around the world, a lake with boat rentals, concerts and fairs, are some of the other activities available.

1.  Splurge for the VIP tour at CNN Studios. It’s worth the extra money.

2. While at Calloway Gardens, get out of the car and walk several of the trails to maximize enjoyment of the area..