A spectacular attraction which is famous for dramatic sandstone shapes is Canyonlands National Park, in southeastern Utah. The park preserves an area of river gorges and unusual rock formations carved by the Green and the Colorado Rivers. The park is huge and is actually divided into three districts, with separate access. The two most accessible sections are the Island in the Sky District, northwest of Moab, UT, on SR 313, 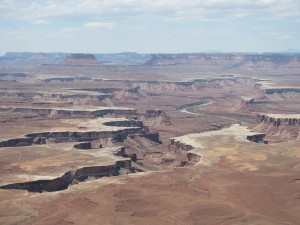 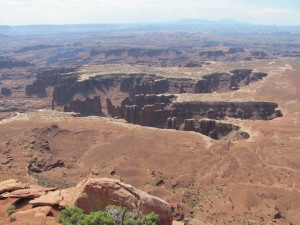 and the Needles District, southwest of Moab, on SR 211. There are spectacular overlooks and numerous trails to explore. 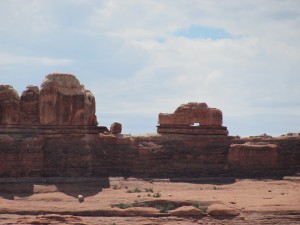 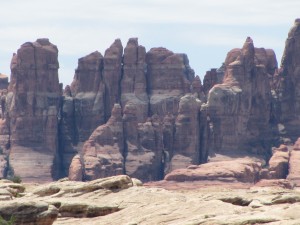