Lee and I have traveled quite a bit throughout the world. However, one of our favorite places is very close to home. The Cathedral of the Pines, located just north of the Massachusetts border, in Rindge, New Hampshire, is a very special place. It is a very spiritual place, as suggested by its name. It is a place for solitude, contemplation, and reverence. Come here when you want to think about your life or your problems. Come here when you want to celebrate the benefits of living. Come here, especially, when you want to share your innermost feelings and thoughts with another person.

We visited, again, on September 11, 2001, as we recalled the events of 9-11 and the horrifying aftermath which changed the world as we know it. Somehow, the peace and stillness of this place soothed our fragile emotions.

I took some pictures this time, to publicize this out-of-the-way spiritual experience.

The “Cathedral” is an open-air site at the top of a hill which provides a grand view of Mount Monadnock, southern New Hampshire’s highest point. 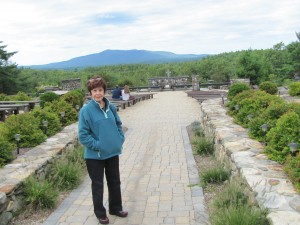 Lee at Cathedral of the Pines

The altar area is particularly picturesque and rustic. 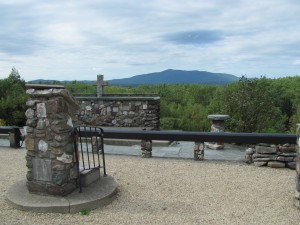 The altar itself is called the Altar of the Nation since it is made from stones from every state of the US. 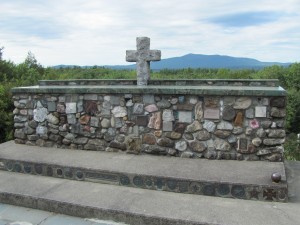 There are several paths around the cathedral which lead to beautiful gardens and small outdoor chapels. One is the Mother’s Chapel. 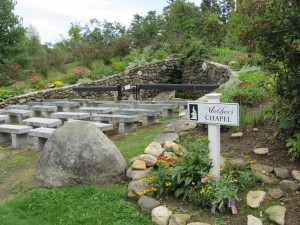 Another is St Francis Chapel, dedicated to the Italian who began the Franciscan Order of monks. 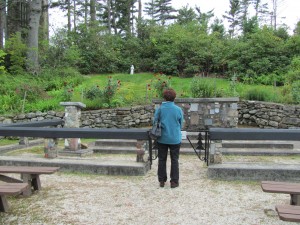 The most beautiful garden surrounds two tablets which hold the Ten Commandments. 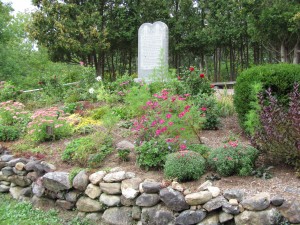 There is also a Remembrance Garden, just below the altar. 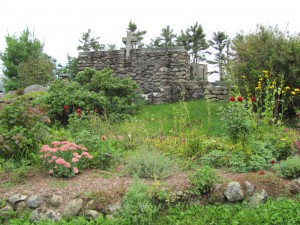 Note that the Cathedral of the Pines, despite some obvious religious references, is non-denominational. It was actually declared a National Memorial to America’s Veterans in 1957. There are a number of military references as well.

The entrance to the Cathedral holds a 55-foot tall tower which is a memorial to Women in the Armed Forces. On this day, the tower was draped with an American flag to commemorate 9-11. 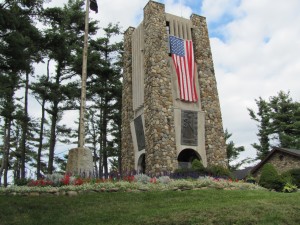 Note also that there is no charge for a visit here. The site is maintained through donations and revenue from events which are scheduled here, such as weddings..